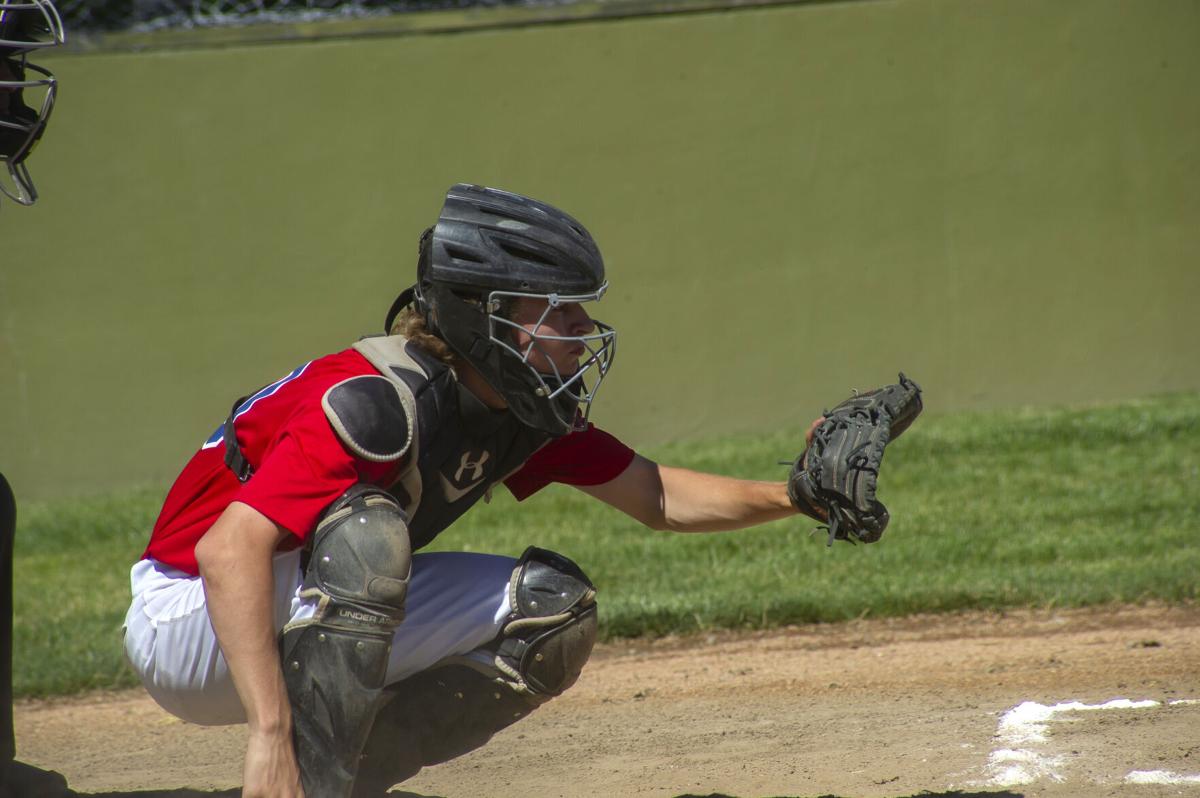 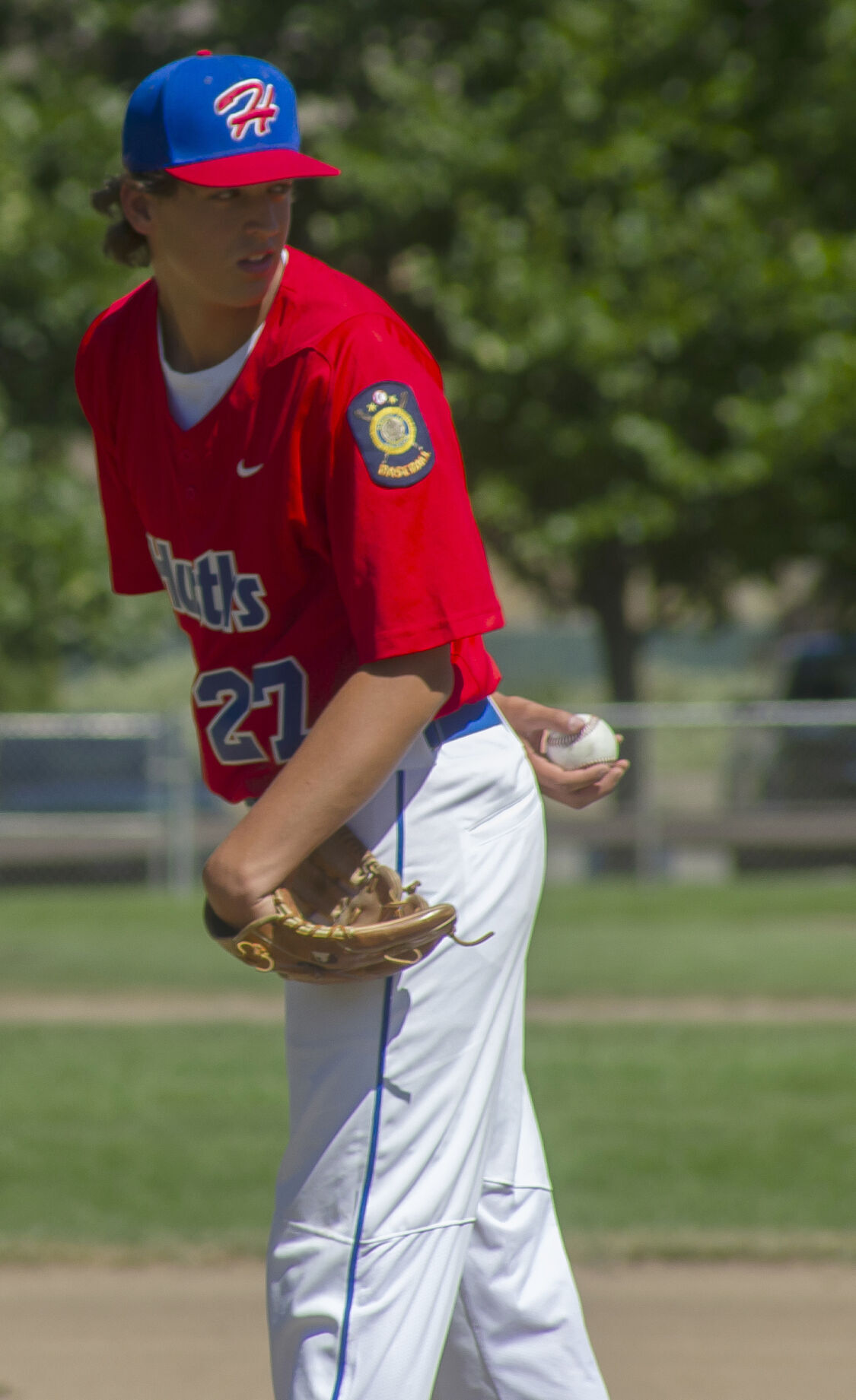 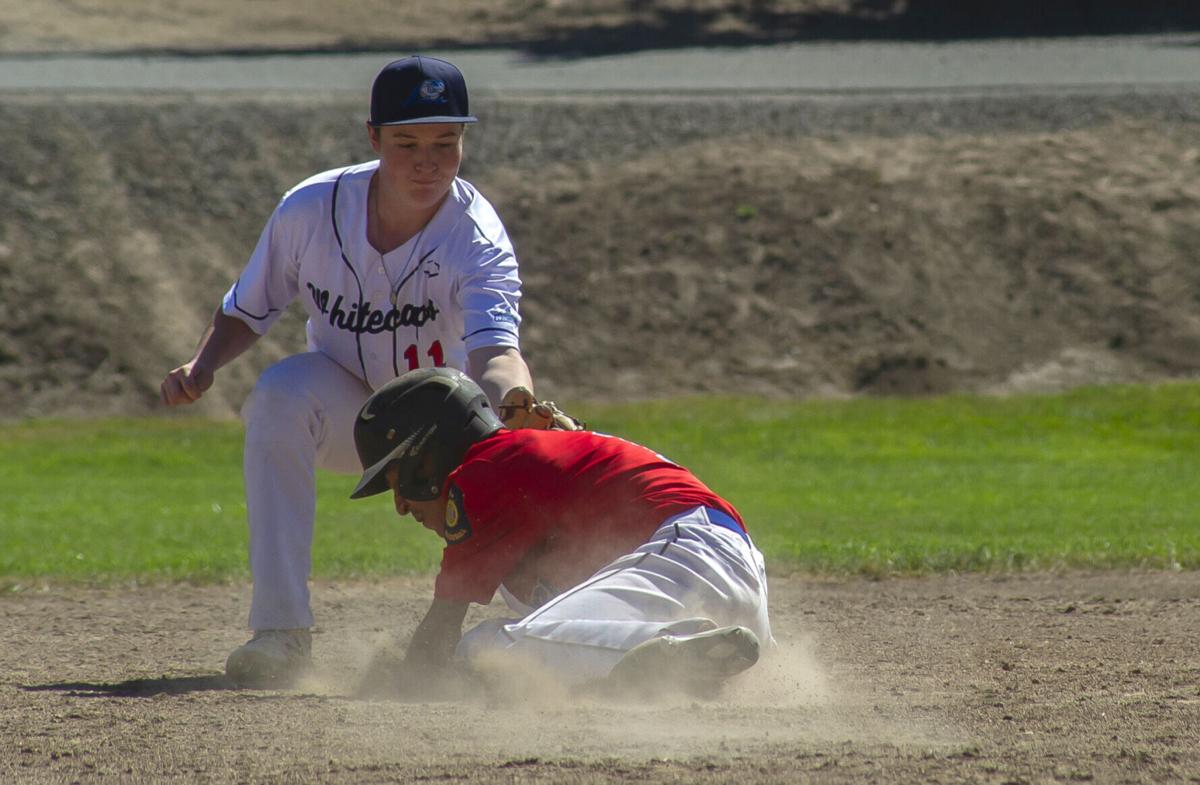 The Hustlers opened their COVID-delayed 2020 season with a double-header sweep of Hood River back on July 2 at Collins Field. Two days later they won the opener of a double-header against Pendleton to improve to 3-0. But the Hustlers dropped the second game of that double-header and then lost twinbills to Bend and Hermiston and a single game to the Mavericks.

Third baseman Braden Schwartz, who contributed three hits in Wednesday’s win, said the Hustlers are gradually playing their way back into a groove.

“We didn’t have a (high school) season this year so it’s great just to get out here and play,” said Schwartz, who also scored twice and knocked in two more runs. “We’ve got a bunch of games scheduled, like almost every day. It’s just nice to get some playing time.

“We haven’t had a bunch of practices, so it’s been kind of tough to just transition from doing nothing to getting out there and playing full games. We’ll have double-headers most of the time. … You just gotta get out there and play.”

Hood River and The Dalles usually would be playing under the auspices of American Legion baseball, but the national organization canceled its 2020 season because of the COVID pandemic. Some communities are going baseball-less this summer, but others are relying on the organization of dedicated coaches and parents, in order to play ball.

Wednesday’s game was not polished, by any means, as each team had five errors in the field — albeit a few of the miscues were because of the swirling Dufur wind which wreaked havoc on a couple of otherwise catchable popups. Hood River’s leadoff hitter Nolan Ryan scored the game’s first run after reaching base on an error, but the Hustlers didn’t blink and took the lead for good with three runs in their half of the inning.

“We hit the ball better, made less errors, made more plays in the field,” Riley Brock said, comparing Wednesday’s game with the Hustlers’ other outings this summer.

Brock pitched the third through fifth innings — when Hood River had one of its three hits and scored an unearned run — before finishing the game at shortstop. He teamed with second baseman Ben Schanno to turn double plays in each of the final two innings. Those defensive gems, and two more by Schwartz in the fourth inning on sharp ground balls to the hot corner, were indicators of the Hustlers’ potential.

“It’s a little tough to not practice and then go into games,” Brock said. “It takes a little bit (to get the timing down), but the more games you get, the better it will be — it’s getting better.”

Hustler leadoff hitter Jaxson Pullen also contributed three hits; Schanno and catcher Nathan Hedges had two apiece.  Schanno got things going for the home team in the first inning, when he singled to left and  advanced to third on Dominic Smith’s double. Both later scored, with Smith coming home on a Wade Fields double. Schwartz scored what proved to be the game-winning run in the sixth inning, when he tripled to deep left and raced home two batters later on a fielder’s choice by Fields.

Hood River scored single runs in the first and third innings, and then made a mini run late with four tallies in the top of the ninth. Hood River cleanup hitter Juan Luis Jimenez knocked in his team’s first run and had two of its three hits, including a line-drive double to the left-center gap in the fourth inning.

Michael Vander Borght had Hood River’s other hit, a two-run scoring double in the ninth.

“The one constant through all the years, Ray, has been baseball. … Baseball has marked the time.”

With that in mind, it is appropriate that a handful of Gorge residents are turning to baseball to try to bring back some normalcy to their lives amid the COVID-19 pandemic. Normalcy with appropriate social distancing, that is.

The Columbia Gorge Hustlers and Hood River Whitecaps are playing the equivalent of American Legion seasons this summer, though the games are not officially sanctioned by the national organization. It canceled sponsorship of the 2020 season — as did most other youth organizations — because of the pandemic.

Hood River and the Hustlers played a nine-inning game July 15 at Dufur City Park. For the most part, it was a typical summer afternoon baseball game. Shade-seeking fans were scattered in seating areas behind home plate and throughout the outfield in small groups. Some fans remained in their vehicles down the foul lines and beyond the outfield playing field area. Some fans wore masks, as did some players — in the dugout. At one point mid-game, base umpire Richie Carter reminded infielders to keep their distance as they gathered together during a delay in the action.

“We’re trying to get in some games while we can,” Hustlers’ head coach Steve Sugg said. The Hustler roster includes a couple of young pitchers who need to  “just get on the mound and throw,” he said.

“The kids didn’t get to play a spring season, and we have a lot of young kids,” Sugg added. “The big thing about summer is we’re trying to build our program.”

Sugg, who has been involved in Gorge baseball since he played youth ball, knows a little bit about building a program. The Dalles has six high school state championships with him as its head coach. He took a few years off before returning in 2017 to head the high school program.

He said this summer the goal is to stay healthy and get in some repetitions at the plate and on the mound for his players. There are plenty of opportunities to do so. Sugg said coaches have been constantly calling, looking to schedule games. “We could play every day of the week,” he said.

“We’ve been playing some really good teams,” he said. “Last week (against Bend) we got thumped a couple of times. But that’s OK. We just need to play.”

The Hustlers will get a rematch with Bend next week. They return to Dufur City Park field for a 3 p.m. doubleheader Thursday, July 23 against the Central Oregon team. “They’re a good team. They have some college players who have come back to play for them,” Sugg said. The Hustlers follow the Bend series with games on both Saturday and Sunday against Baker and Eugene. The Hustlers were scheduled to play away doubleheaders Friday (today) in La Grande and Wednesday (July 22) in Pendleton.