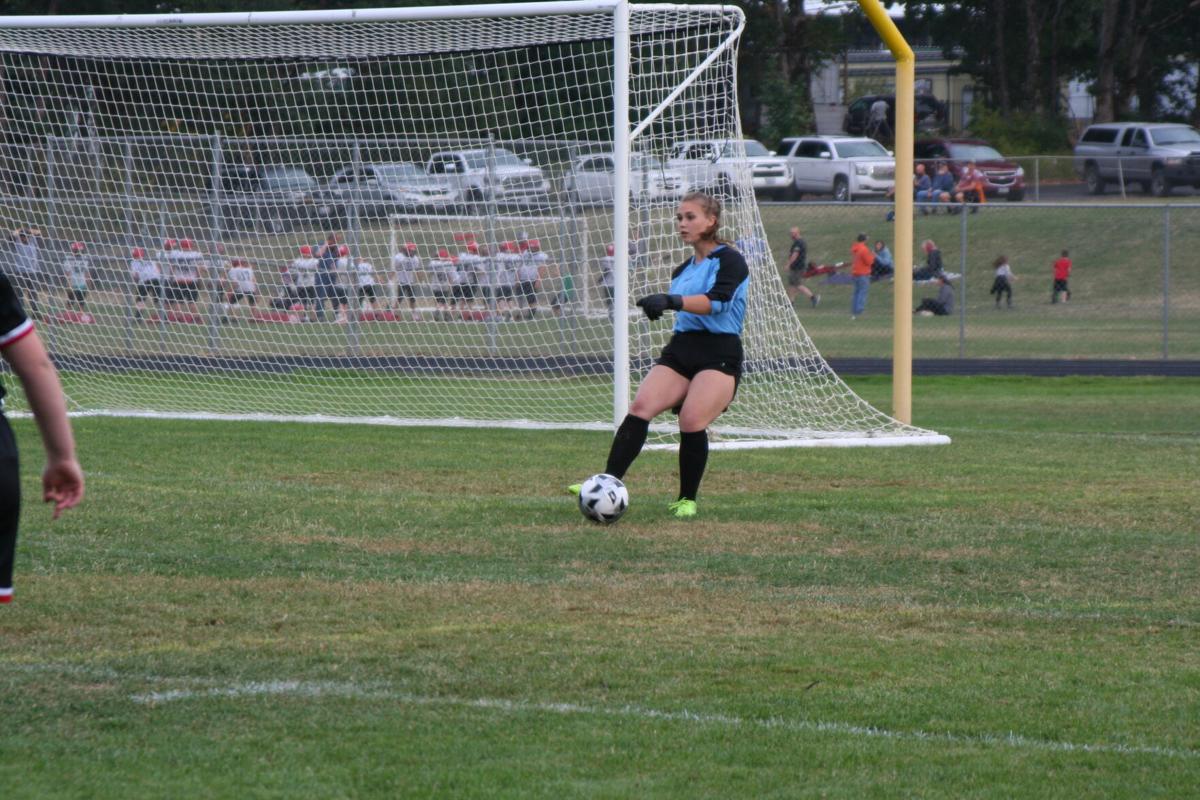 Goalkeeper Jazmyne Orr (18) handles the ball in front of the Columbia High School goal during a previous game. 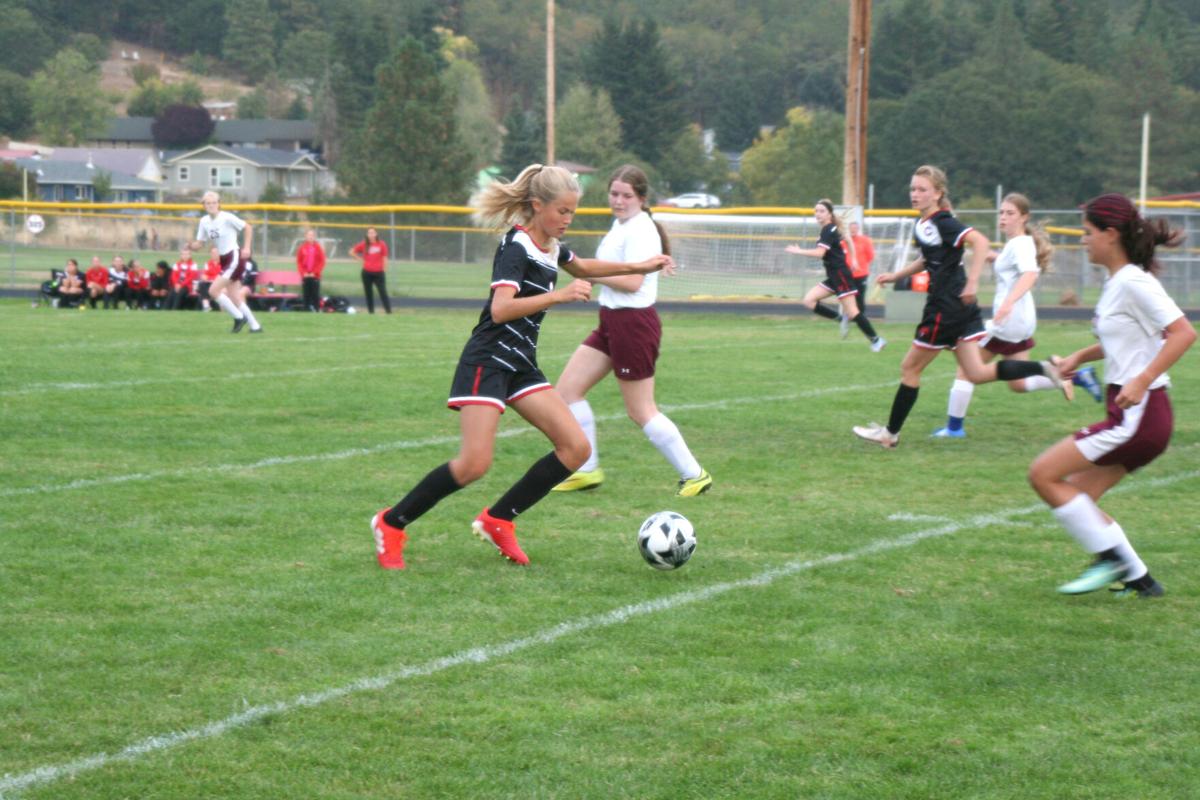 Siena Clayton (2) works the ball down the field as her teammates follow along during a game earlier in the season. 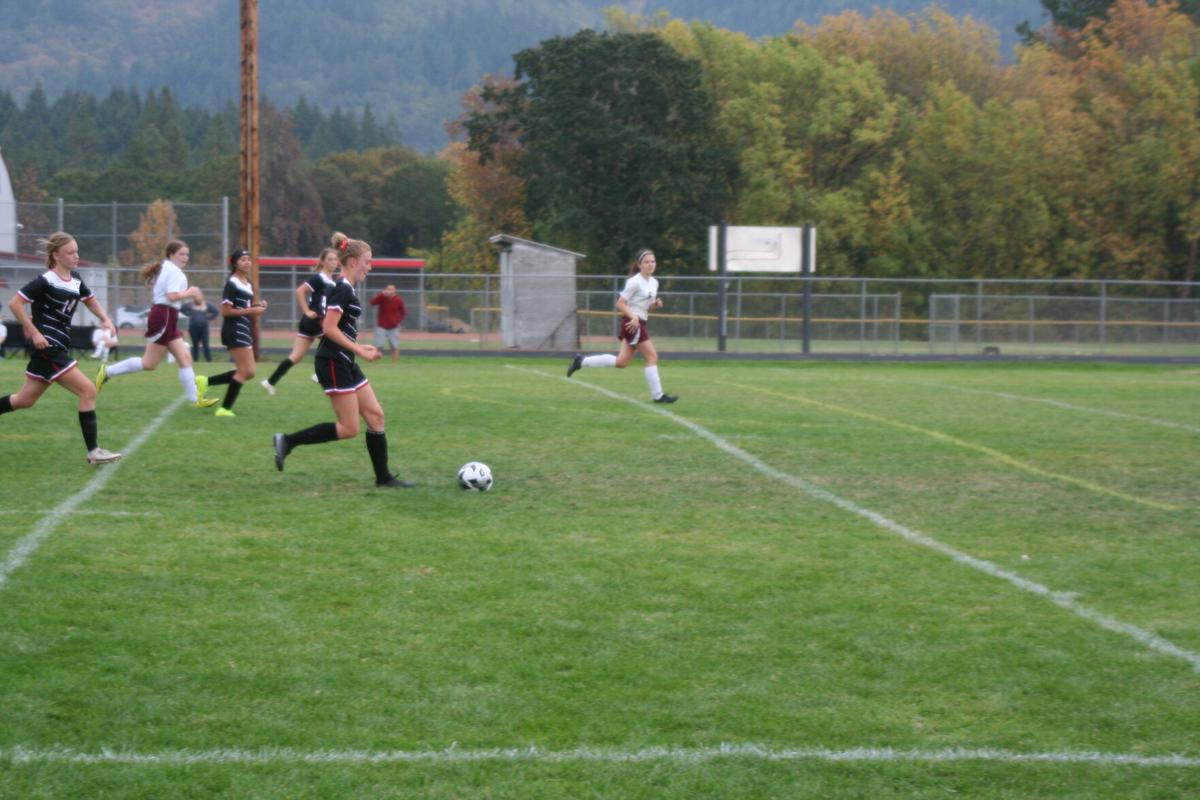 Freshman Saylor Hauge (4) takes control of the ball during a game earlier in the season.

Goalkeeper Jazmyne Orr (18) handles the ball in front of the Columbia High School goal during a previous game.

Siena Clayton (2) works the ball down the field as her teammates follow along during a game earlier in the season.

Freshman Saylor Hauge (4) takes control of the ball during a game earlier in the season.

Columbia High’s young girls soccer team saw glimpses of what could be this past week, but youth and inconsistency often go hand-in-hand.

After a three-win nonleague start, the Bruins dropped their first three Trico League matches, including a tough overtime defeat by King’s Way Christian on Oct. 5, when Columbia battled back three times before losing in overtime.

“We have hit a rough patch in our last few games,” Coach Andriana Clayton said. “We started off with a loss (Sept. 30) to Seton, 2-nil. We started off slow and it cost us. Next, we had a home game against King’s Way, and we lost, 4-3, in overtime and (by a) golden goal.

“This was very emotional but very proud moment for us. Given our youth and our ability to reciprocate goals and coming close to winning against a strong and older team with a much higher rank, was telling of what our potential is.”

Two days later, La Center jumped out to a 4-0, first-half lead, enroute to a 5-0 win over the injury-riddled Bruins.

Clayton accentuated the positive in each match. For example, against Seton Catholic, frosh Sadie Hohense’s defensive effort prevented Seton from extended its lead with her marking of key Cougar players.

There were a number of standouts against King’s Way. Frosh Saylor Hauge scored off a free kick to put the Bruins on the board at 2-1. Frosh Siena Clayton volleyed in a crossing pass from Piper Hicks to pull Columbia even by halftime. The Bruins trailed again in the second half, before Hicks tied the match, 3-3, in the final minutes.

That led to the golden goal overtime where the teams play two five-minute periods. A goal ends the match, and that’s what King’s Way got to end Columbia’s chance for its first Trico win.

Coach Clayton said the margin might have been different if it wasn’t for frosh Sequoia Cohen. “She carried the team throughout that game,” Clayton said. “Starting at center-back, moving to midfield, then striker, she made a huge impact.”

Cohen had three near goals, including one disallowed “because she was just a hair offsides,” Clayton said.

Against La Center, starting goalie Jazmyne Orr “was our rock,” Clayton said. “She was aggressive, blocked shots, showed strong leadership by motivating the team but also cleaning up plays (that) don’t make goalie stats. Her leadership was noteworthy.”

The Bruins were scheduled to play at Elma in a non-league match Tuesday (Oct. 12) and return to Trico play Thursday at home against Seton. Columbia travels to play at King’s Way on Oct. 19.