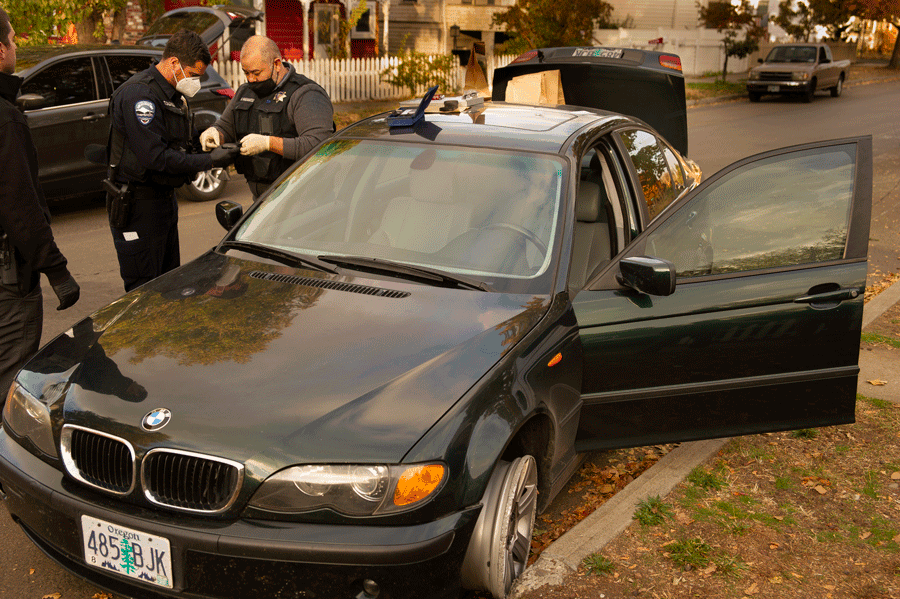 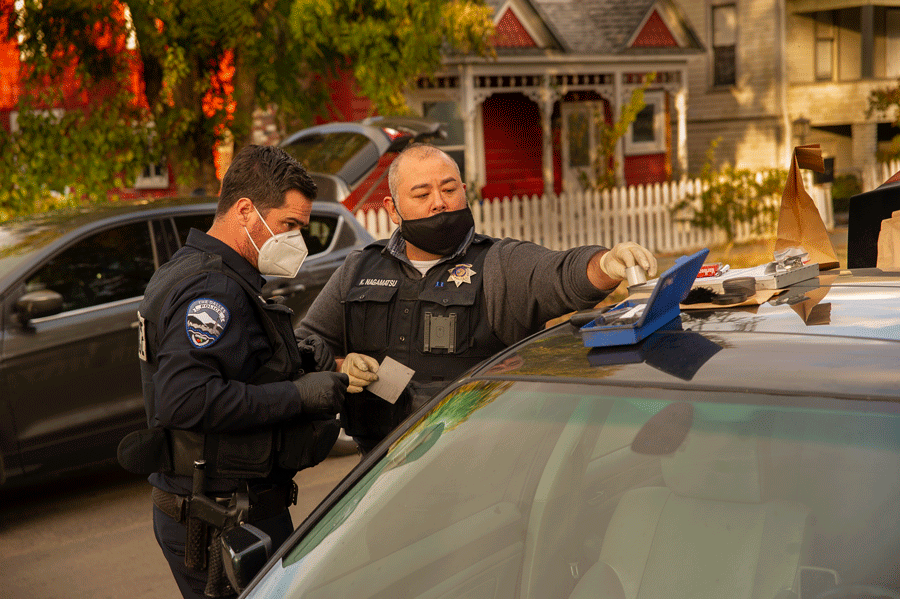 A Hood River man was hijacked at gunpoint in The Dalles Tuesday afternoon. Above, a The Dalles police officer and a Wasco County deputy capture fingerprints and bag evidence from a car involved in a pursuit west on Interstate 84 from at least as far east as Arlington. The car exited in The Dalles with a flat tire, possibly the result of a spike strip, and stopped in the 800 block of E. 8th St. The suspect exited the vehicle and hijacked another car at gunpoint from Lucas Ward, a Hood River resident who had been getting ready to drive home after working on a rental property. “I was standing at the car when he pulled up, hijacked me at gunpoint,” Ward said. “I was loading my car with tools as I finished work. I haven’t had a gun pointed at me in awhile,” he added, not since his youth in Grand Rapids, Mich. He had little warning. “I heard it, and looked up, and he was in my face real quick,” he said. The police, he added, arrived very quickly as well but the suspect had fled in Wood’s car. Unconfirmed reports suggest the suspect was apprehended south of The Dalles. Mark B. Gibson photos