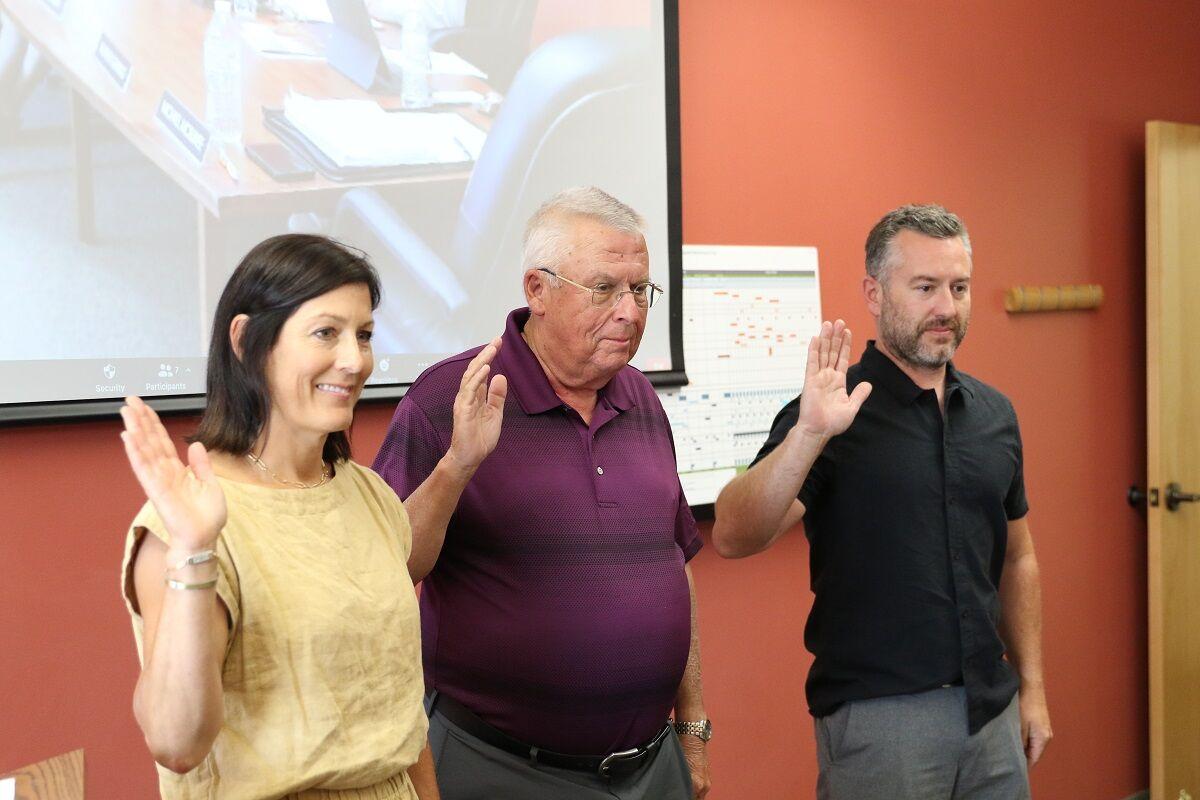 Commissioners Heather Gehring, Mike Fox and Ben Sheppard are sworn into office during a July 13 meeting at the Port of Hood River. 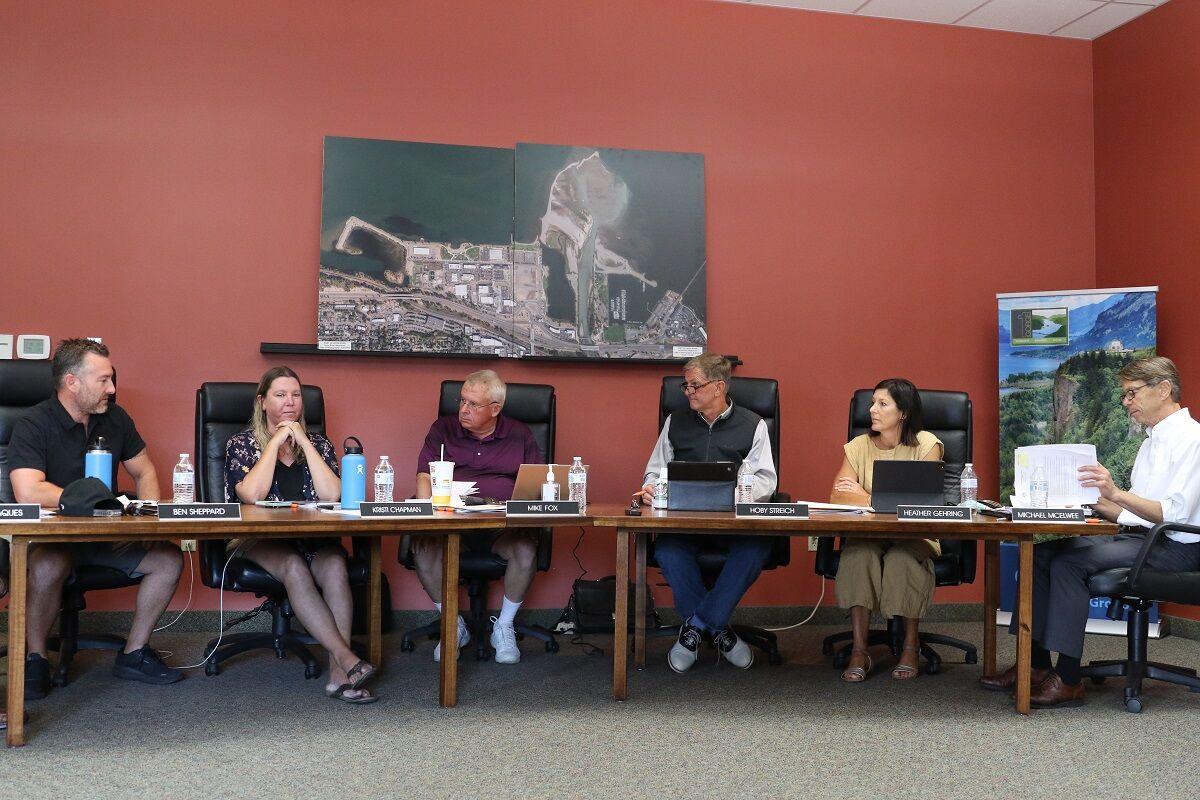 The Port of Hood River Commissioners hold and in-person meeting for the first time since the pandemic began. The council listened to presentations and updates on the Hood River-White Salmon Interstate Bridge during a meeting on July 13.

Heather Gehring, Mike Fox and Ben Sheppard were all sworn into their new positions on the Port of Hood River Commission on July 13. Gehring and Fox are serving their first term, and Sheppard was confirmed as the commission’s new president. As they recited their oaths of office they were welcomed by existing commissioners and took their seats for one of the first meetings in-person since the COVID-19 pandemic began more than a year and a half ago.

Testimony from the public initiated the meeting. Written and verbal concerns about safety at the Marina and Waterfront areas along with the partnerships of the commission were spoken to. Port of Hood River Executive Director Michael McElwee wanted to bring attention to the standards of safety at the waterfront recreation areas of Hood River. After a 10-year old girl drowned in the Nichols Basin, McElwee and the rest of the commission decided that now is the time to act.

“Nothing should be out of the question,” said Commissioner Mike Fox about what strategies should be considered. They discussed who should be consulted and Commissioner Kristi Chapman suggested that locals would be the strongest option, as they know which areas need the most attention. Marina safety is a priority for the Port of Hood River, but so is the Hood River-White Salmon Interstate Bridge.

The Oregon Department of Transportation has been conducting studies on bridges all around the state called Weight Limit Evaluations. They found that the Hood River-White Salmon Interstate Bridge should reduce the amount of weight allowed to cross. It was recommended to lower the limit from 80,000 pounds to 64,000 pounds, which will not affect most traffic, but some of the larger trucks will need closer inspection.

Paul Bandlow, one of the project’s engineers, said their findings turned up some time-sensitive problems. The ropes that pull the lift span up and down are “overstressed and should be replaced,” according to Bandlow. The commission asked him and his associates to form an initial plan to replace the ropes. Bandlow estimated replacement could take anywhere from six months to a year, but they will present their plan of action during the port’s August 17 meeting.

Mark Libby of HDR Engineering also recommended that the port revisit weight limits imposed on certain vehicles — but mainly Specialized Hauling Vehicles (SHV) — crossing the bridge. The port staff has created a group email list and been in contact with businesses to express the concerns with large trucks hauling fruit, lumber and other construction materials. When managing the load capacity of the bridge, ODOT uses a rating scale of 0 to 1. HDR’s summary of ODOT’s research found more than 50 locations where the rating falls below 1.0. Live load testing and Non-Destructive Testing (NDT) will answer whether or not many of the locations will need to be reinforced. HDR Engineers will estimate the time, materials and costs needed to complete the project and then the Port of Hood River commissioners will deliberate and finalize the plan. McElwee hopes to finalize all planning by this Fall.