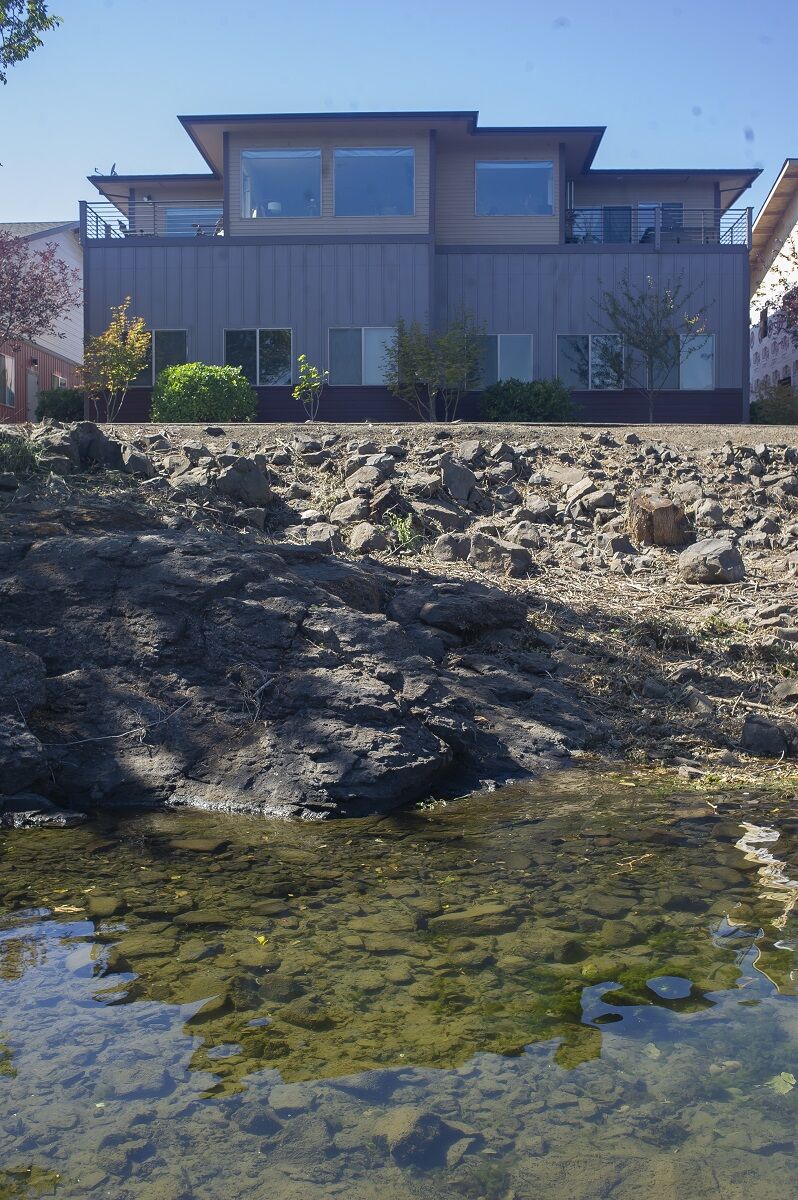 Bare rock is exposed where trees once shaded the riverbank along the Riverfront Trail west of Klindt Cove Park in The Dalles following an illegal clearcut. Experts suggest it may take 40 or 50 years to replace the removed growth. 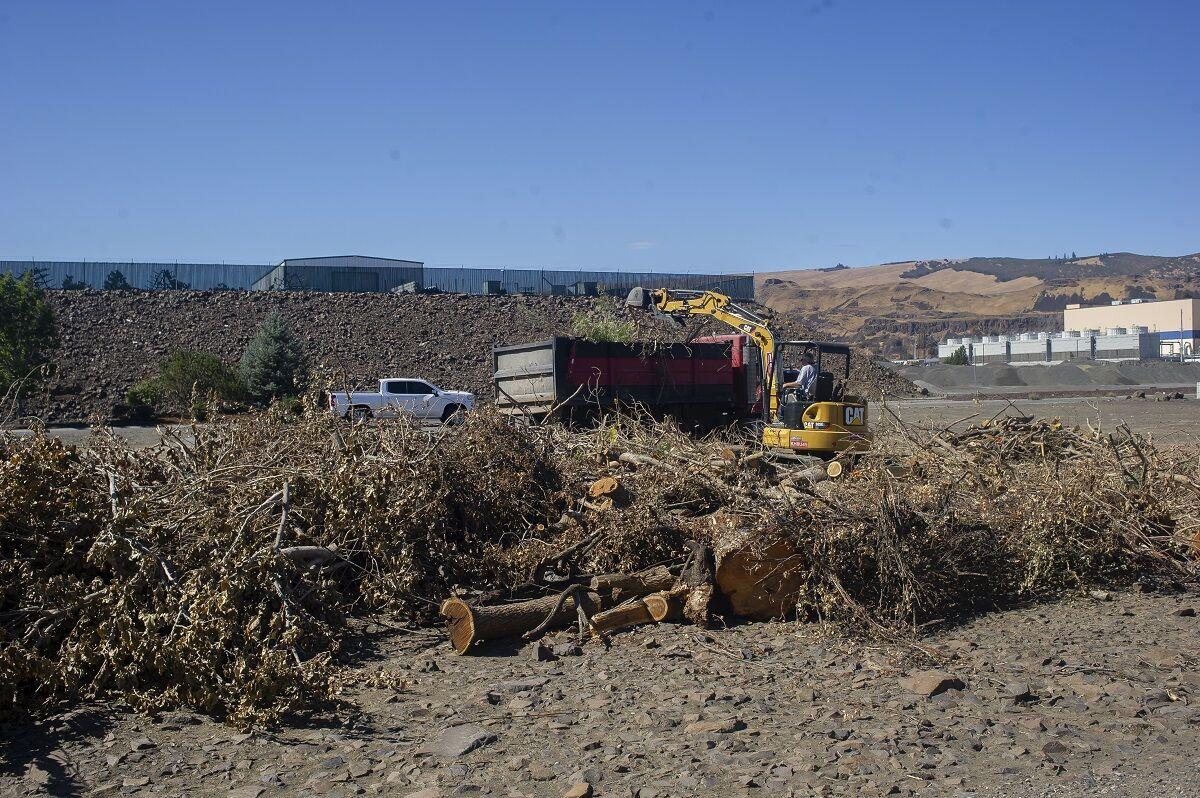 A backhoe in the Port of The Dalles loads debris, all that remains of a mix of mulberry, alder, willow and other trees and brush cut from the south bank of the Columbia River nearby.

Prior to being cut down, the site contained willows, alder and tree of heaven.

THE DALLES — The Port of The Dalles is pursuing “all legal avenues possible” to prosecute those responsible for the removal of trees and vegetation clear-cut from Port property between the Columbia River and the Riverfront trail just north of Klindt Cove Park over Labor Day Weekend, according to a press release from the District office.

A man associated with a nearby business admitted to cutting the trees along the river because “they were a fire hazard for his business,” according to a Sept. 9 City of The Dalles Police rePort. Officers submitted a rePort to the district attorney’s office, and an hour later issued Anthony Lane Morelli a citation for criminal mischief in the second degree.

According to the Port, the case has been referred to Wasco County District Attorney Matthew Ellis.

The removal of the trees and vegetation happened without the Port’s permission and the Port is pursuing all legal avenues possible to prosecute the perpetrator, the Port stated in a press release. “In Oregon, if you cut down a tree on property that you don’t own, you are liable for three times the amount of damages plus attorney fees through timber trespass,” the release said.

The Port contacted Wasco County Soil and Water Conservation District (WCSWCD) to get an assessment of the damage. The district noted “very large” mulberry trees and dozens of other trees and shrubs were removed.

Prior to being cut down, the site contained willows, alder and tree of heaven. While mulberry is not a native tree, it functioned well for berry production for wildlife and bank stabilization along the river, the district noted.

“There are very few sites along the Columbia River in our region that have riparian trees,” said Scott Susi of WCSWCD. “These limited sites are scarce habitat for local and migratory birds and to rehab the site back to existing capacity will take 40-50 years of growth.”

The Port will be engaging an arborist to assess and assign a value to what was lost, and what it will cost to replace the riparian plantings, the Port release stated.