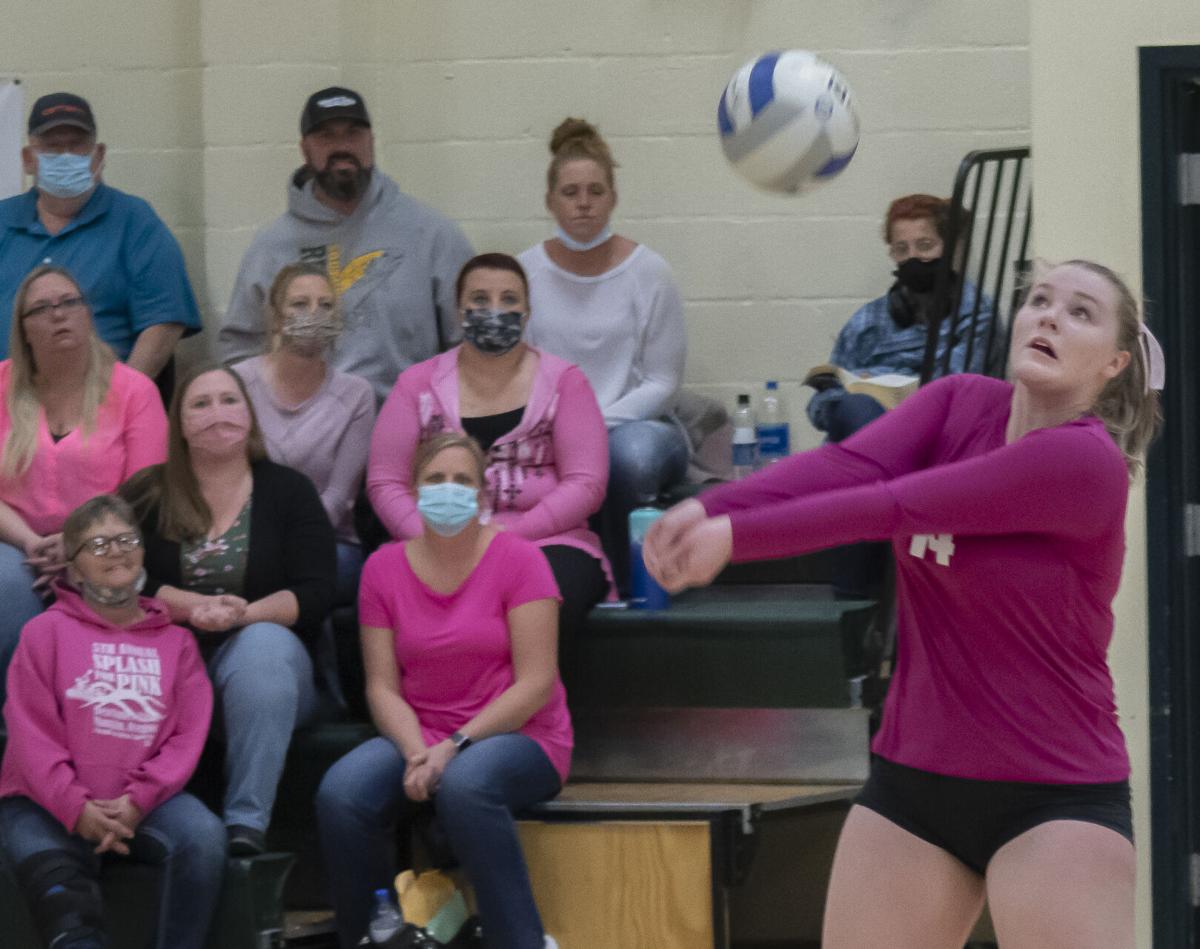 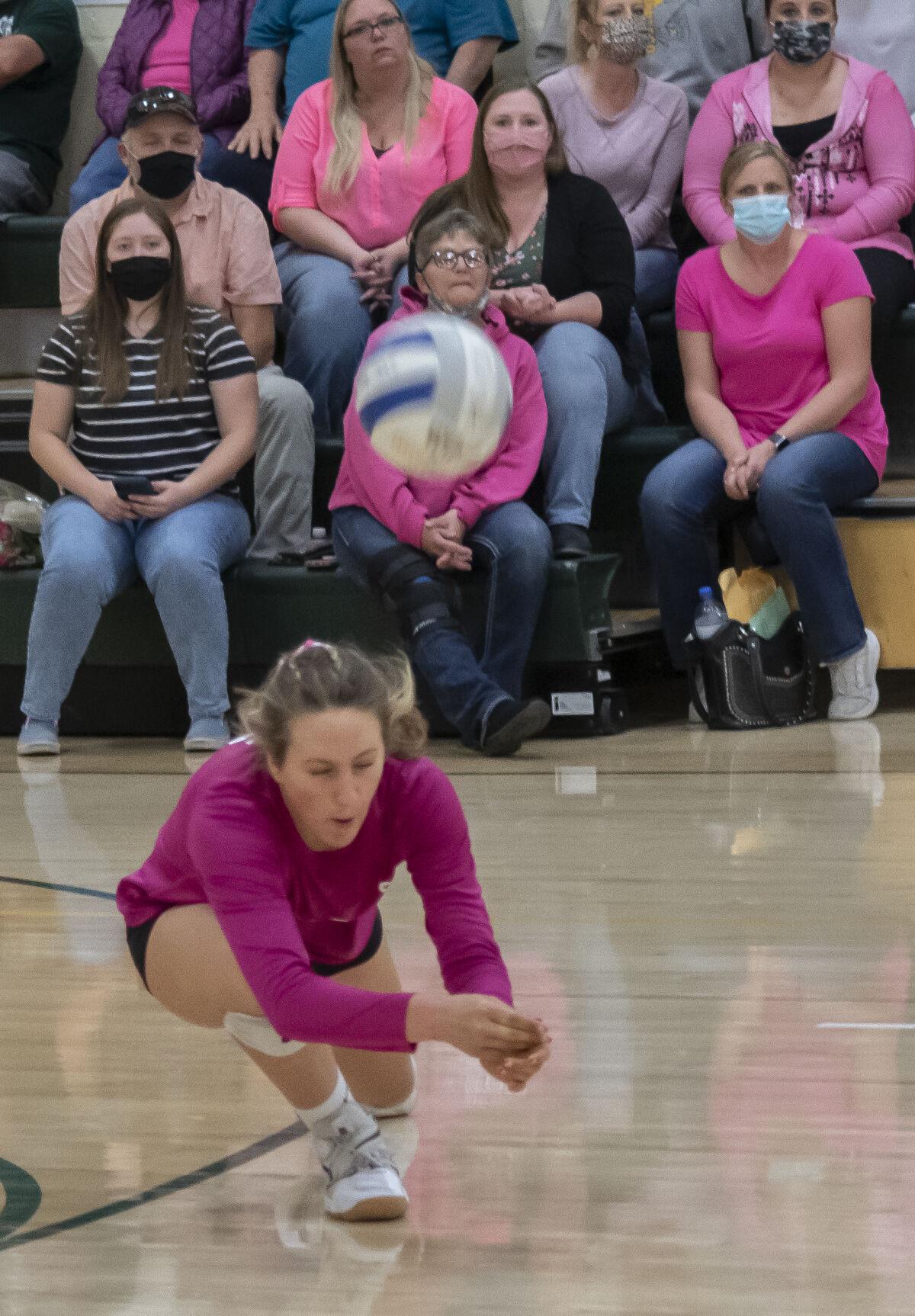 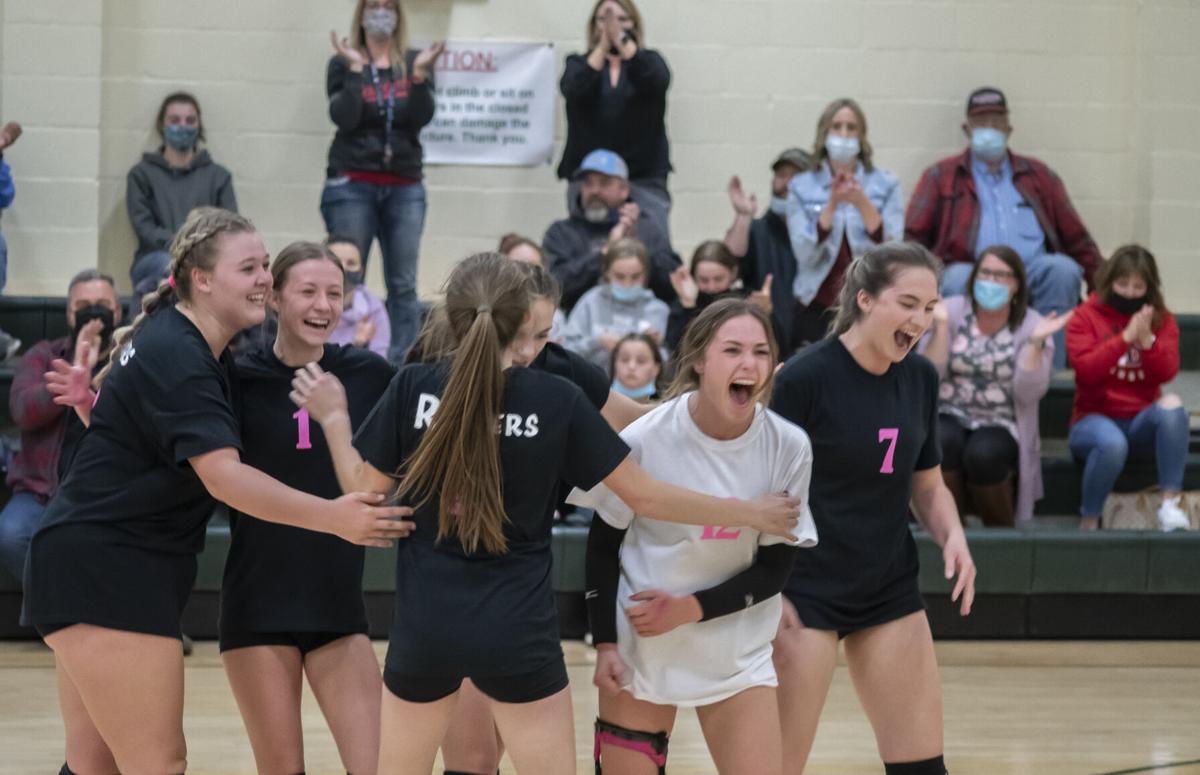 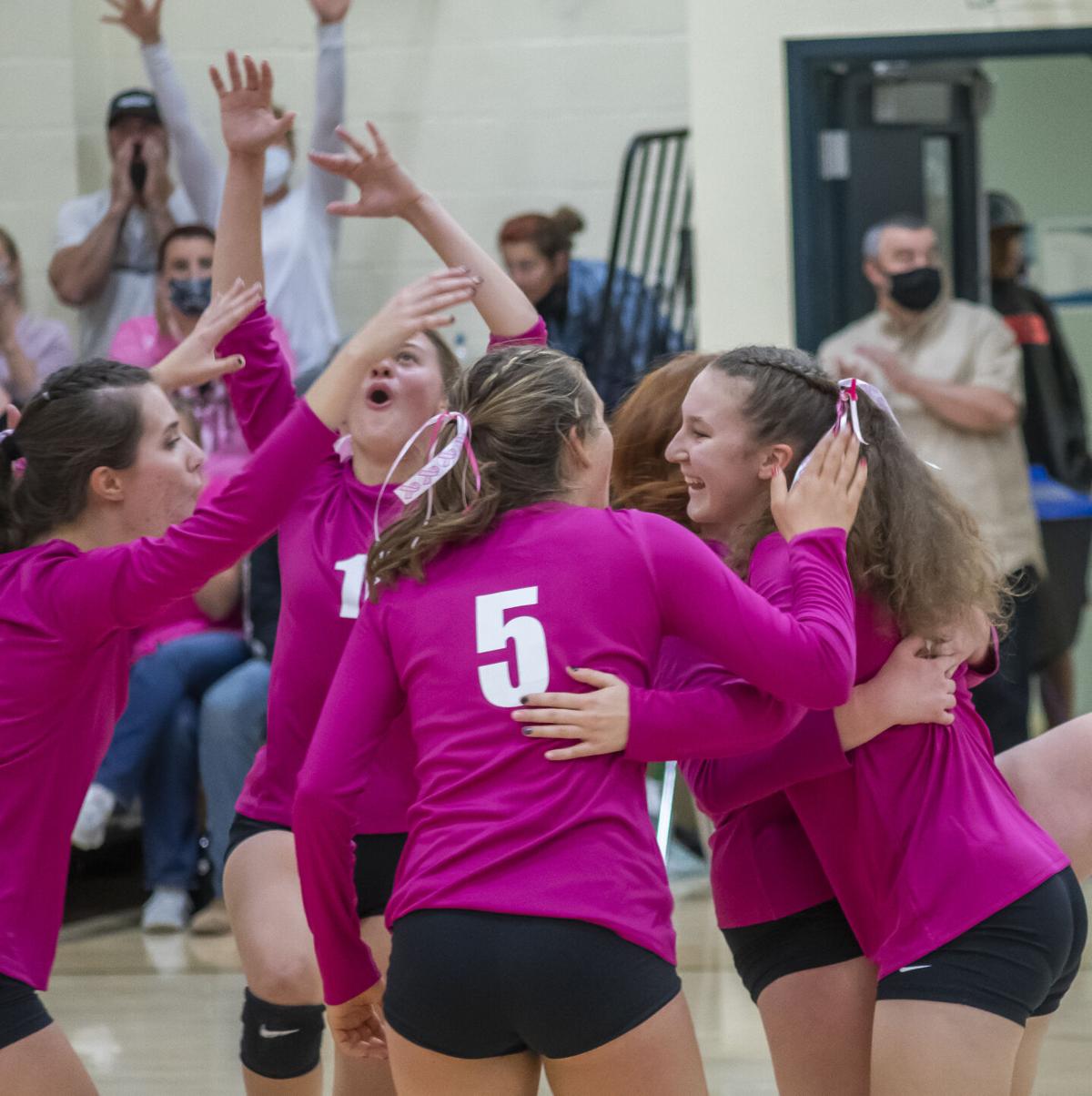 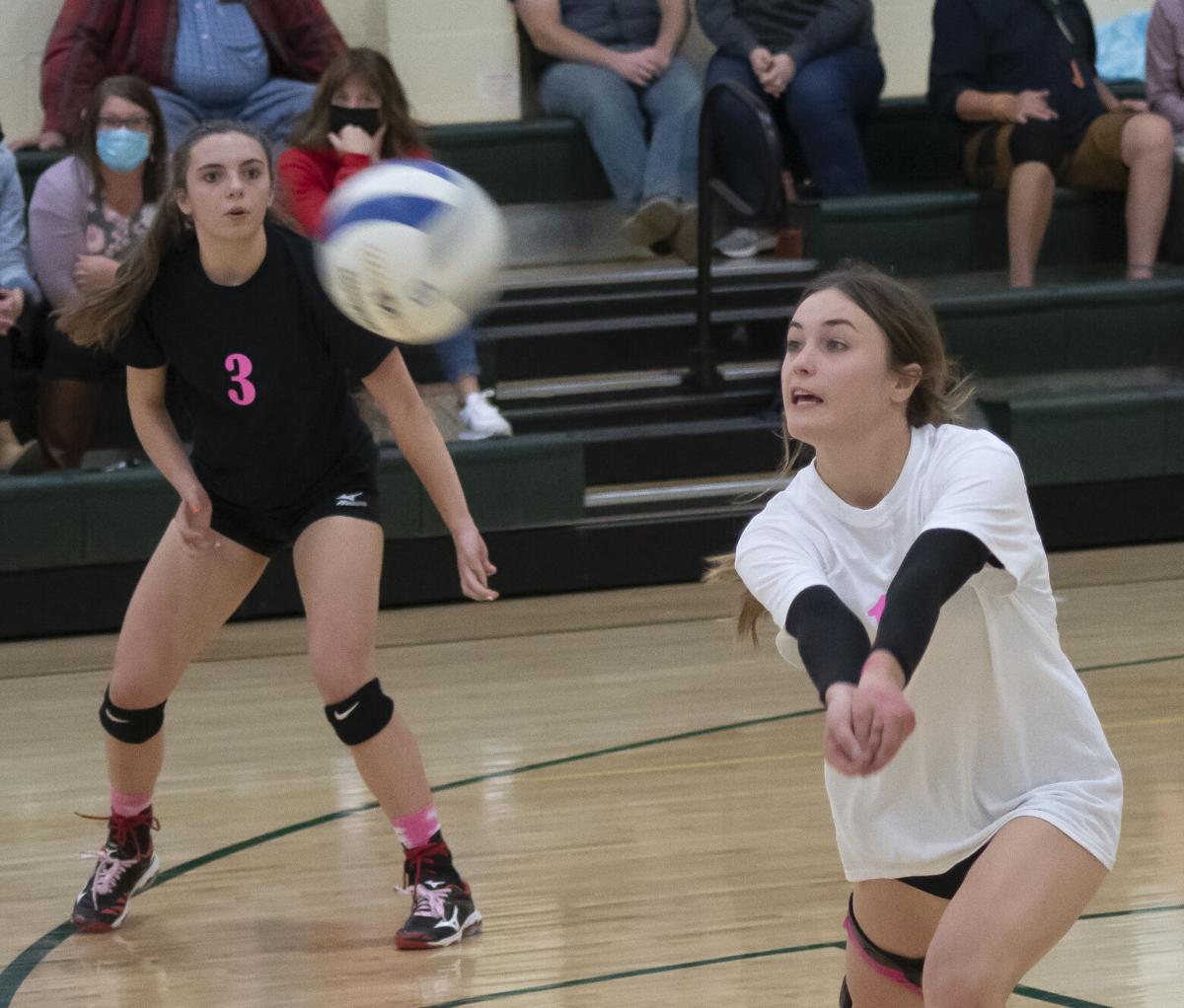 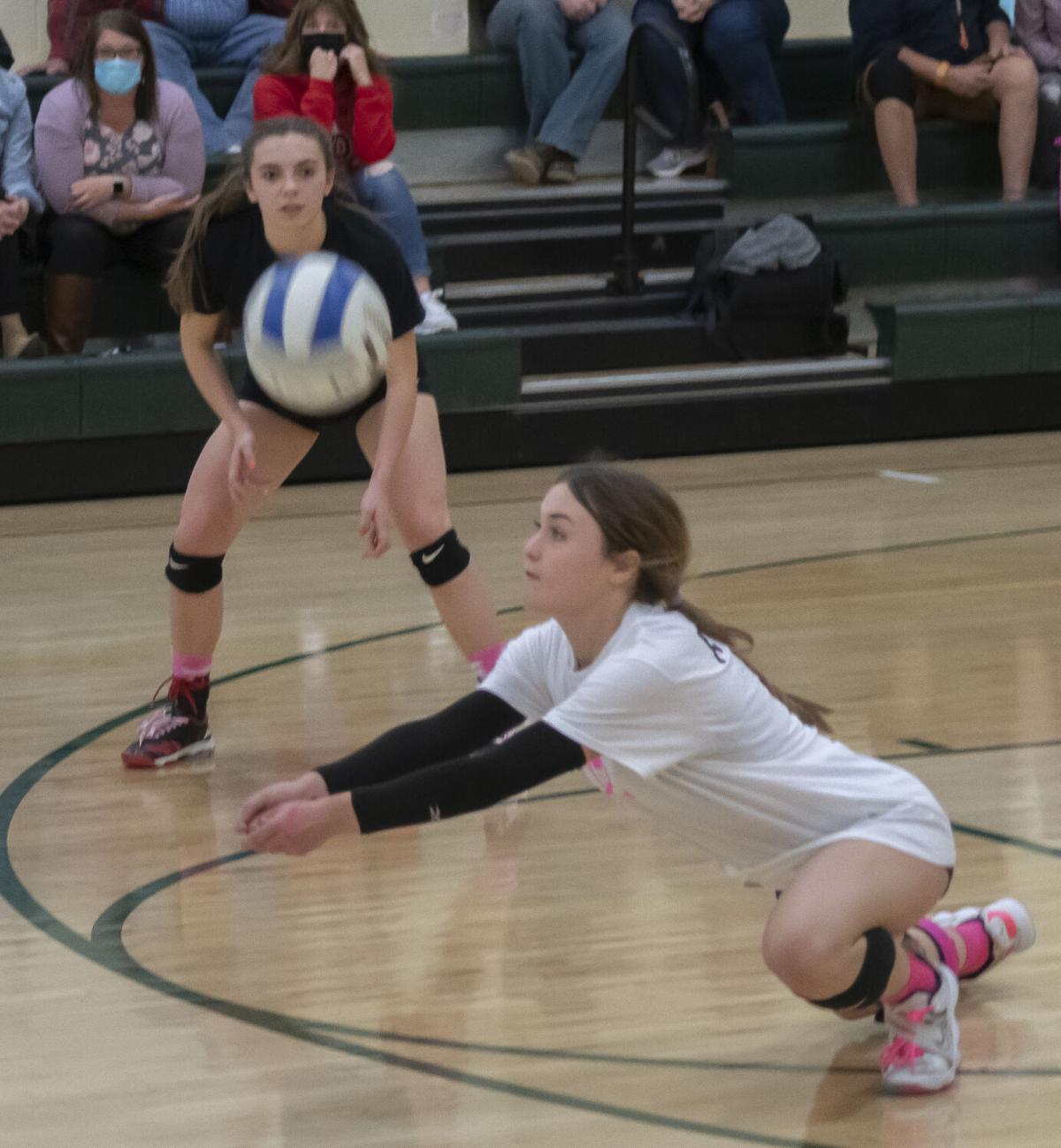 “The Dufur game was very exciting and a long, hard fought two-hour match,” said Miles. “We always look forward to playing Dufur, as it is always a tough contest and a great rivalry. Overall, I was very impressed with the Redsides’ never-quit attitude. We were trailing several times in the match and never gave up. I have been very impressed with our serving all season. It continues to be a team strength, day in and day out.”

Against Dufur, South Wasco served 92.2 percent as a team. Junior Sadie McCoy was a perfect 19-for-19 from the service line and junior setter Kylie Iverson was 12-for-12. Senior Hailey Anderson was 20-for-21 with a team-high seven aces. Sophomore Hannah Babcock and junior Tracy Magill each had four aces.

“We had a fun match against Horizon/Trout Lake, and I was impressed with how relaxed the girls played,” said Miles. “We were missing players due to illness and we didn’t play our best against Open Door Christian. We are ready to regroup, practice this week and play tough at districts on Saturday at Echo.”

Sherman concluded the regular season with a 3-2 road win Oct. 12 over the Condon High Blue Devils (5-4 league, 6-9 oveall), followed by a 3-0 home loss to the No. 7 ranked Echo Cougars Oct. 14. Sherman faced Condon Monday in a match to determine which team is the Big Sky East Division No. 3 seed (result was after the printed edition deadline).

The Glenwood/Klickitat High Eagles (2-2 league, 8-4 overall) earned the Big Sky West Division No. 3 seed and will compete in playoff game on the road Wednesday against a yet-to-be determined opponent. The Eagles’ opponent will be either Sherman, Condon, or Ione/Arlington. Wednesday’s winner advances to the district tourney on Saturday.