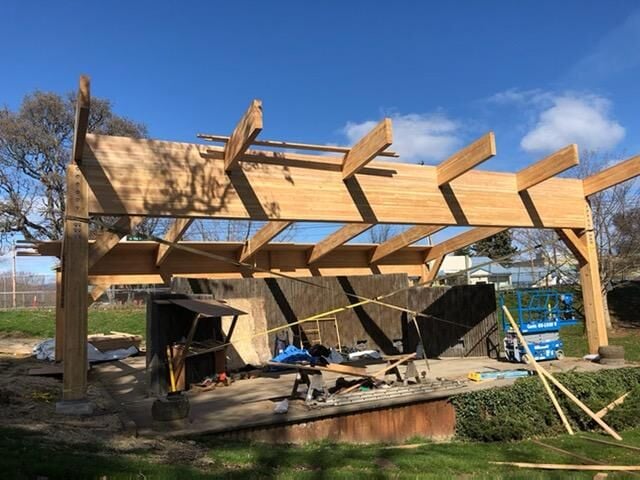 The project was sponsored by the Hood River Lions. The stage was originally built in 1986 with funds raised by then-Community Education Director Mike Schend. 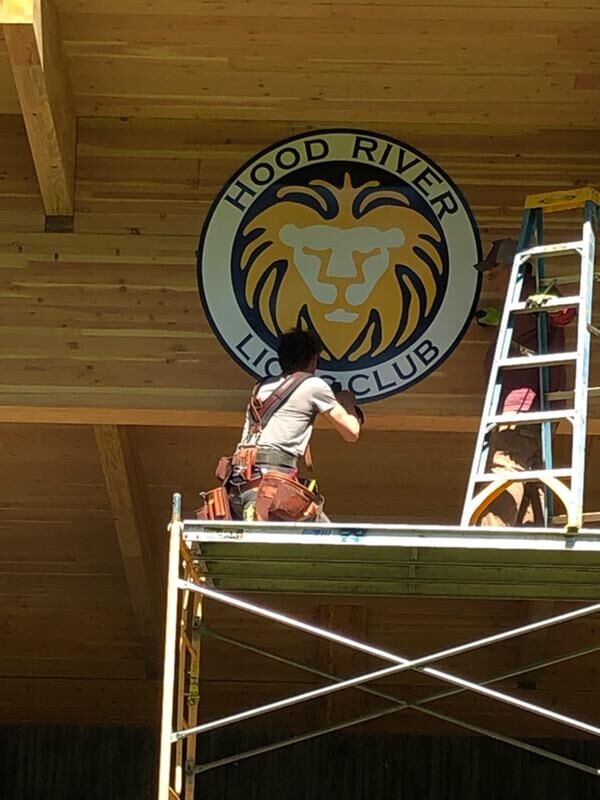 The new roof will take center stage at this year’s Families in the Park concerts, back again this year and beginning in August. The concerts are free and open to all. 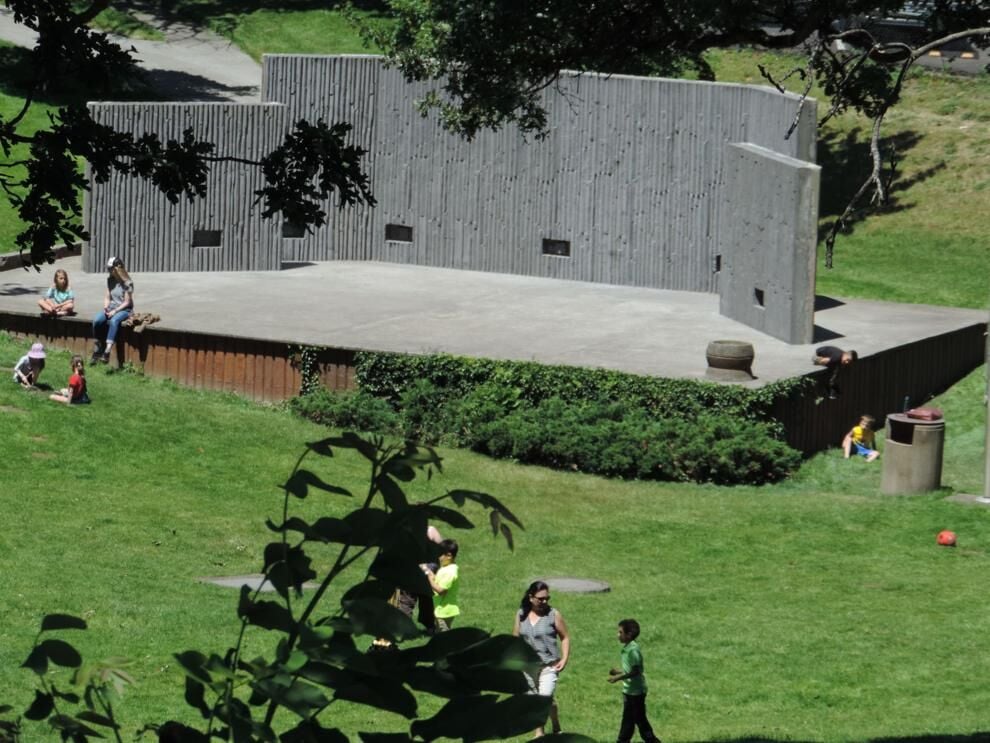 The Mike Schend Stage, pictured before the roof project began, received a new, durable and decorative concrete surface in the summer of 2019.

Hood River — Families in the Park is back.

After a year’s hiatus — due to the COVID-19 pandemic — the annual concert series will return to Jackson Park every Thursday in August.

The Hood River Lions is the new sponsor of the event, taking over for Hood River Community Education.

“The Hood River Lions realized that the school district was not going to pursue the Families in the Park series this summer,” said Lion Mike Schend. “The club decided to take on the concerts and asked the school district if that would be acceptable. The district agreed, so the Lions recruited sponsors to help pay for the costs.”

“We are excited to celebrate this summer with family concerts and getting the community back together again,” he said.

The Eyeopeners Lions Club will begin serving family meals in the park beginning at 6:30 p.m. The Leos Club (Hood River Valley High School) will sell “sweet treats,” as well as assist with recycling during the event. The concerts themselves will run from 7-9 p.m.

This year’s schedule, including dinner menu:

Schend said Hit Machine is a perennial favorite and a great way to kickoff the series. Johnny Limbo and the Lugnuts bring the sounds of the 1950s and ‘60s (with several band costume changes); Sister Mercy is a Northwest rhythm and blues band with “amazing female vocals,” he said. Jennifer Batten and Full Steam — Batten was the lead guitarist for Michael Jackson and is considered one of the best guitarists in the world, he noted — will end the series.

The concerts are free to attend and open to all.

The Lions Club has something else to celebrate — the completion of the new permanent roof over the Jackson Park stage, finished this May, officially called the Mike Schend Stage.

The work on the structure began in 2019, when members dismantled the existing concrete walls which had originally been constructed, along with the stage, in 1986. The club contracted with Schuepbach Custom Builders on the project.

In 2020, the club selected Hueberger Construction to install the massive superstructure that included a roof and supports made from pressure-treated fir — the main frontal support beam weighs 6 tons alone.

“The Lions began investing in the park 30 years ago when they installed a concrete pad to accommodate food vendors and picnic tables on the west end of the park,” said the press release. “Then, in the late ‘90s, they added a sidewalk, an area for wheelchairs and a driveway for unloading equipment for use on the stage.”

The club has invested approximately $225,000 in the park over that time period, said the press release.

“The character of Jackson Park has evolved with support from a variety of sources over an interesting history,” said the press release. “In addition to the $5,400 raised from local private donations in 1986, the initial stage became reality thanks to concrete and a pumper truck provided by Hood River Sand and Gravel. Chuck Schuepbach (founder of Schuepbach Custom Builders) volunteered his company to work with students in the high school’s building construction program to build the stage. The art department at the high school volunteered to create a 3D surface for the walls, mimicking the appearance of basalt, using Styrofoam covered by a fiberglass mesh.

“The beautiful artwork they created by painting the surface deteriorated over the years primarily due to vandalism,” continued the press release. “That led up to the refurbishment project that was begun in 2019 and completed in time for this summer’s community entertainment activities.”

Families in the Park returns