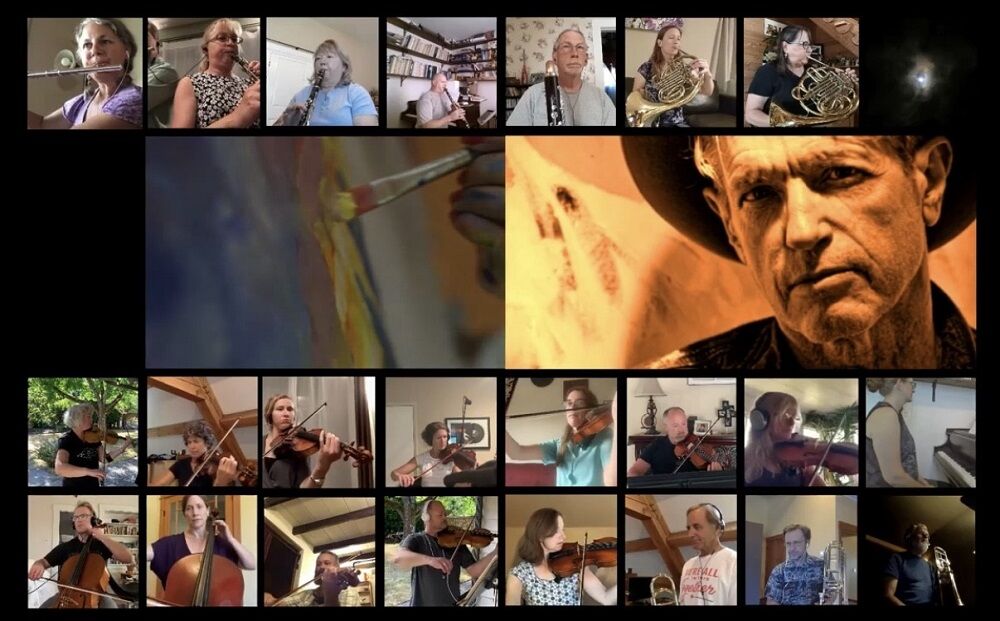 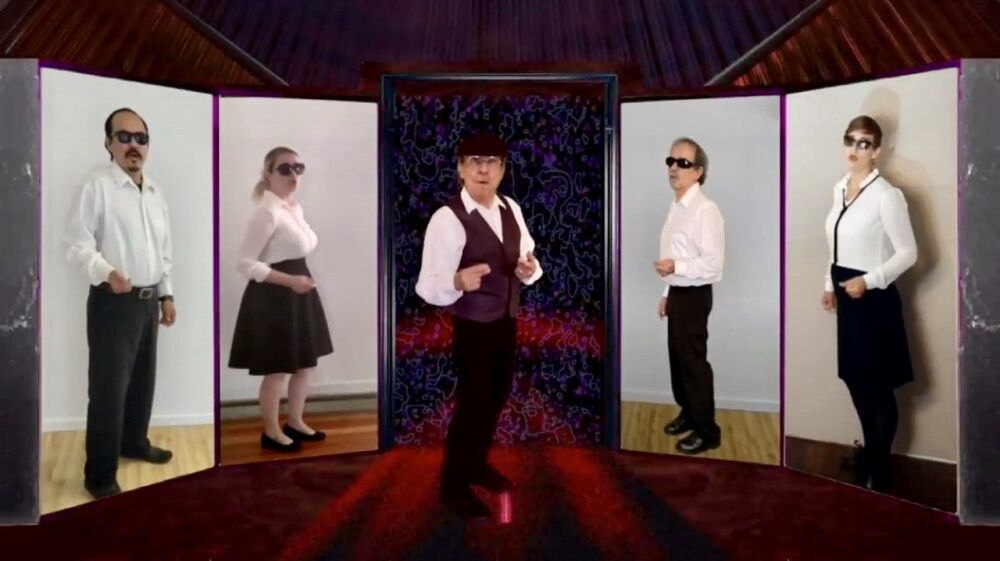 CGOA Jukebox members perform a cover of the Green Day song “Boulevard of Broken Dreams.” From left are Jim Yue, Rachel Bryan, Dennis Castañares (who appears side by side with himself here) and Charlie Buss.

CGOA Jukebox members perform a cover of the Green Day song “Boulevard of Broken Dreams.” From left are Jim Yue, Rachel Bryan, Dennis Castañares (who appears side by side with himself here) and Charlie Buss.

The pandemic may have stopped the Columbia Gorge Orchestra Association (CGOA) from performing live, but it hasn’t stopped the beat.

“This isn’t what we originally planned for 2020”, said Steighner, “and we miss seeing our friends in the audience, but it’s been really exciting to work with our talented performers in this completely new way. You know, we actually can do some things with the magic of video that are, quite simply, humanly impossible in real life. It’s fun to combine great music with these new features.”

Since its live season came to an abrupt end in March (right in the middle of a successful run of the musical “West Side Story”), CGOA has released 28 brief videos, involving over 100 different singers and musicians from five CGOA ensembles: Sinfonietta orchestra, Voci choir, Canticum (small vocal ensemble), Jazz Collective, and Jukebox.

It’s a fascinating process — for both the performers and for Steighner. Each performer records — alone and in the privacy of their own home — both a video track and a separate audio track of themselves doing their individual part of the music. Michele Firsching sings in many of the videos, and said, “It’s wonderful to be making music with my friends again, but it’s surprisingly hard to do your part all by yourself. It actually helps me become a better singer, because now I hear every little mistake I make!”

Steighner said it’s surprisingly hard for him, too, even though it’s a labor of love.

“Until you’ve tried to put one of these together, you have no idea how much painstaking work it takes to gather the individual tracks, synchronize them perfectly, then edit it all into a final video,” he said. “It takes days, not hours, to produce a fairly simple piece.”

CGOA’s most recent video was even more complicated. The Sinfonietta orchestra recorded new music Steighner wrote to accompany singer-songwriter Sam Baker on his original song “Tattooed Woman.” Steighner and long-time CGOA supporter John Hardham then had to put all those different parts together.

(To hear more about this collaboration, Steighner interviews Baker in September’s episode of the monthly CGOA podcast, available on Spotify, iTunes, and other podcast apps. Find links at gorgeorchestra.org.)

Creating these videos is a lot of work, but so far, its performances have been viewed on YouTube more than 4,500 times, by viewers in the Gorge and as far away as Great Britain.

Looking ahead, Steighner has several other projects on his front burner. He arranged two orchestral pieces to let the CGOA Sinfonietta accompany the Mexican-American singer Tish Hinojosa, who will sing in English and Spanish. He will also keep working with CGOA Jukebox, which has released a series of Green Day covers. And finally, Steighner is “Zoom teaching” adult classes on music appreciation, music history, musical theater, and composition.

If you’d like to learn more about CGOA activities — or to support CGOA’s work — information is available at gorgeorchestra.org.