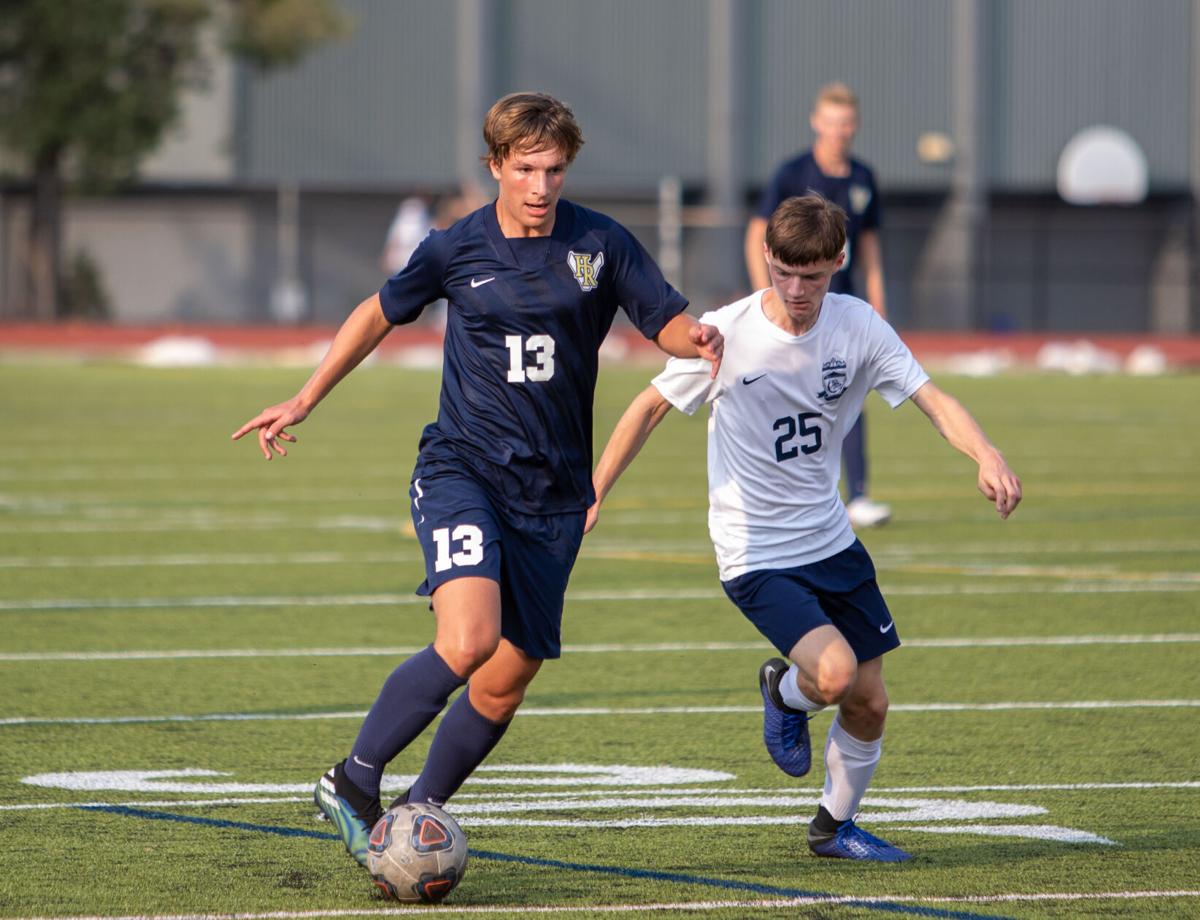 Senior Eric Langlouis keeps his eyes up for an open teammate during the Eagles 3-0 win versus West Albany on Sept. 9. 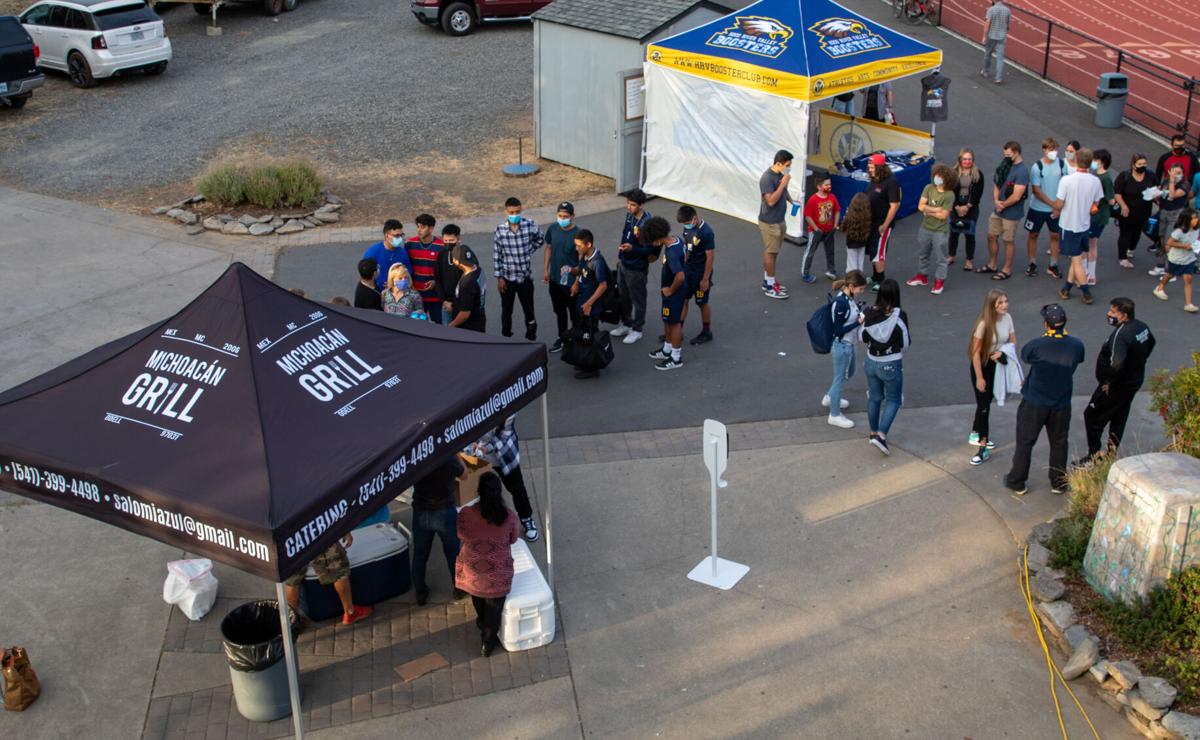 People lined up to get a Michoacan burrito free of charge thanks to the Hood River Education Foundation. 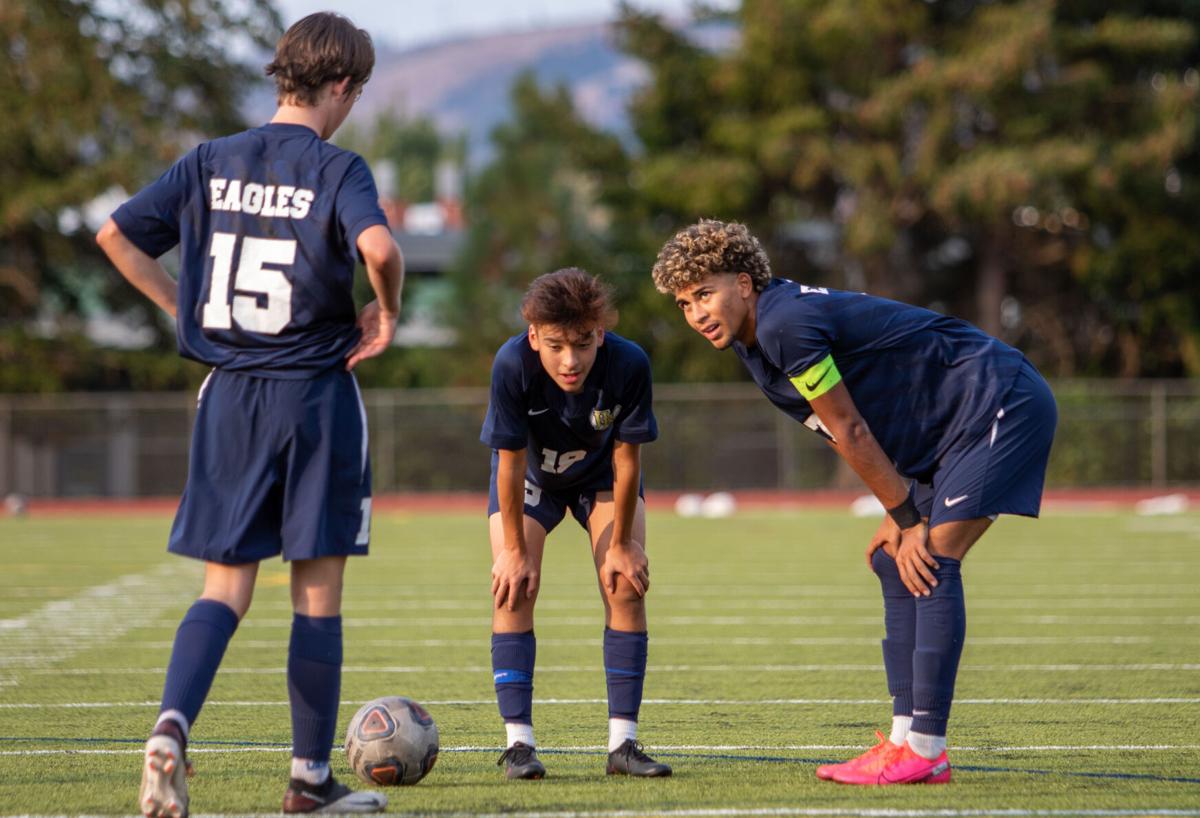 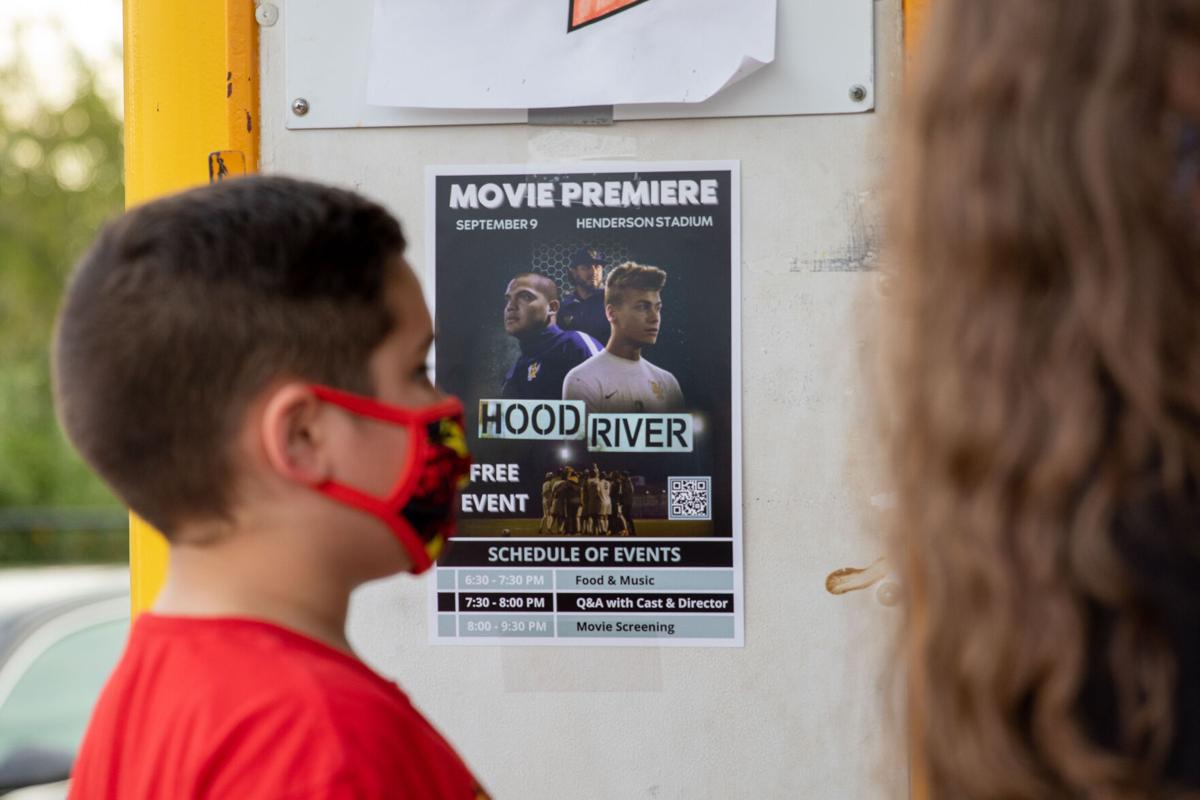 The movie poster for the debut of “Hood River.” 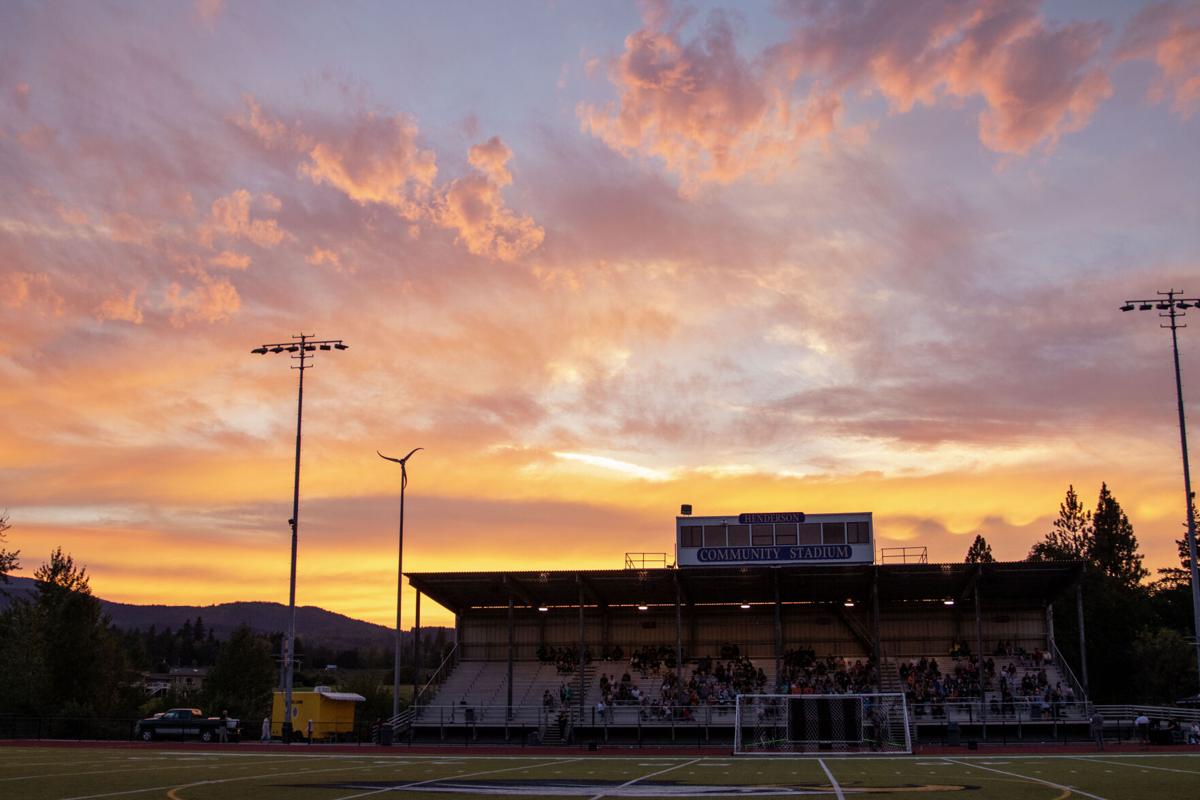 A beautiful sunset was seen behind the Henderson Stadium stands. Eager viewers awaited the showing of the “Hood River” documentary.

Senior Eric Langlouis keeps his eyes up for an open teammate during the Eagles 3-0 win versus West Albany on Sept. 9.

People lined up to get a Michoacan burrito free of charge thanks to the Hood River Education Foundation.

The movie poster for the debut of “Hood River.”

A beautiful sunset was seen behind the Henderson Stadium stands. Eager viewers awaited the showing of the “Hood River” documentary.

During the 2017 fall sports season, the Hood River Valley boys soccer team was the subject of Stick Figure Studios film crew’s documentary that showed behind the scenes of the Eagles’ campaign for another state championship.

Three years later the film has been edited, configured, and uploaded for the world to see. As an incentive for people to watch the premiere, the Hood River Education Foundation partnered with Michoacan Grill and the Odell Lions Club to provide food and drink to the first 300 people who showed up to Thursday’s viewing.

Before the premiere party, this season’s boys team hosted West Albany, who put together an impressive season last year. The Bulldogs exceeded expectations when they defeated Woodburn — a threat to anyone competing for a state title in 5A. The Eagles are also consistent playoff participants. Qualifying for the postseason every year since 2006, expectations are always high in the HRV program.

“With the group of guys we got, anything is possible,” said Head Coach Jaime Rivera.

The Eagles implemented a new formation after varsity captains approached Rivera and suggested a change. Using a 3-5-2 set that features just three defensive players, five midfielders and a pair of attackers, Hood River opened the scoring on a mistake midway through the first half by West Albany’s defensive line. A short pass by the Bulldog keeper to a nearby defender was stolen by Hood River and senior Jaden Dubon put a shot past the far side of the keeper. The Eagles were able to contain the Bulldogs and hold onto the 1-0 lead for the remainder of the first half.

The second half was a similar story. West Albany continued to find it difficult to get quality shots and test Hood River goalkeeper Hugh Dalbey. West Albany struggled to keep possession and Rivera recognized his team had control of the game and implored his players to pass the ball around. Hood River passed the ball around the center of the field, but it was the wingers who tested the West Albany defense.

Foreign exchange student Eric Langlouis was often a catalyst for the Eagles’ counter attacks. In the 50th minute, he kept his eyes up while dribbling and drew two defenders which opened up Edgar Lachino on the right side for a cross into the goalie box. Junior midfielder Dameon Solorzano situated himself for a header that bounced past the keeper and doubled the Eagle lead.

Eagle co-captain Milo Clarkson’s speed was too much for the Bulldogs defense when Dubon let a through ball go past him into the feet of Clarkson. He took a few touches to get separation from a defender and get the keeper out of position, then scored the final goal.

Hood River would hold onto the clean sheet and look forward to its next competitions against powerhouse programs Hillsboro and La Salle Prep. Ironically, HRV also played both schools during the 2017 season — the focus of the documentary “Hood River” which followed the Eagles’ journey to try and capture another state title.

In front of a packed Henderson Stadium, Rivera, film director Jonothan “Jono” Fields, and Education Foundation Director Meleah Bauman answered questions and watched interviews with former players. Erik Siekkinen, Saul Chavarria, Domingo Barragan, Robby Running and Conor Truax gave updates on their lives and talked about the film. Truax, a 2018 graduate, helped Fields and his crew get footage. The crew documented the team’s success but also the failures. Whether it was Siekkinen’s journey to earn his team’s respect as captain, or Barragan’s emotional experience of his father being deported, Fields said the team’s cohesion and chemistry made the film what it is.

By 8 p.m. the stands were full with young soccer fans, parents of past players and even Hood River County Commission Board Chair Mike Oates and his wife. The film lasted 75 minutes and was met with a standing ovation from the crowd. Fields addressed the crowd after and thanked them for the support.

“The beautiful mix of cultures here and how visually appealing the town is,” said Fields about why Hood River made the perfect backdrop for the documentary. Fields appreciated the fact he could go windsurf down at the Marina and then eat the best Mexican food he has ever had in Odell. The film is now showing at select theaters in Hood River and is available for purchase on iTunes and Amazon Prime.