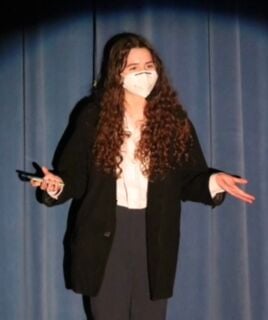 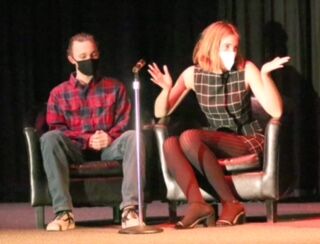 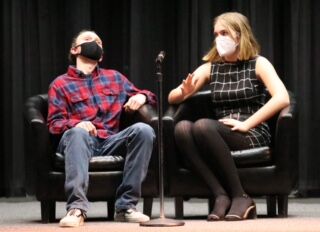 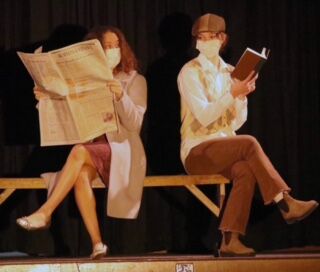 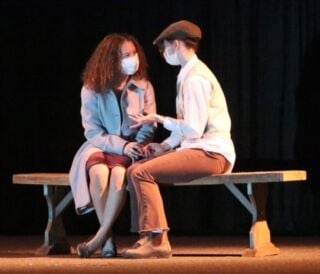 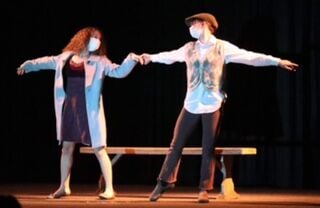 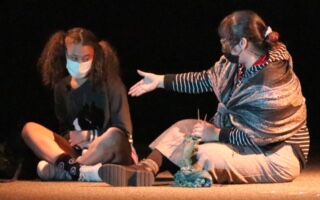 This year’s Trout Lake Senior Project was the production of “Kintsugi: A Play in Five Stages,” written and directed by student Ahmira Elyard-Jaeger. The play was staged at Trout Lake School March 11-13.

“Following the loss of her grandfather, and the collective grief of the past two years, Ahmira set out to write a show that follows the five stages of grief,” said Kelly Brown, SafeSpace Children’s Advocacy Center of The Gorge. “Composed of five short one acts, each corresponds to a stage of the Elizabeth Kubler Ross model: Denial, anger, bargaining, depression, and acceptance.”

The title “Kintsugi” is in reference to the Japanese art, in which broken pottery is mended by filling cracks with gold. In grief and in art, a broken thing can be put back together — as we heal, then parts of ourselves that were once cracked become beautiful, said Brown.

“As the nation enters a new era with the unmasking of COVID, ‘Kintsugi: A Play in Five Stages’ welcomes space grief and for healing,” she said.

The show contains original music composed by Nicholas Jaeger, correlating with each stage of grief. Listen at from-the-forest.bandcamp.com/album/kintsugi-original-soundtrack.

‘Seussical Jr., The Musical’ wraps up this weekend