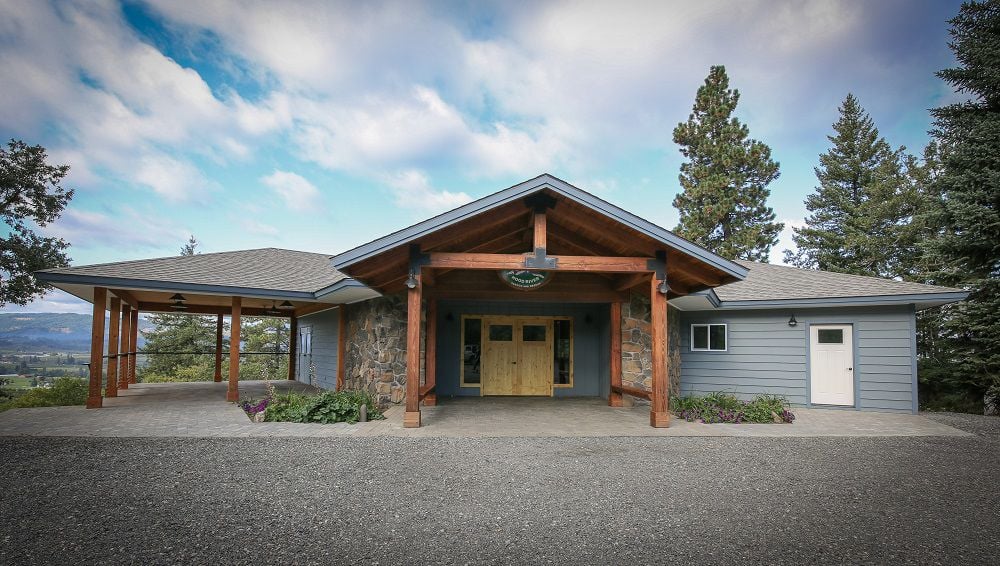 Exterior of the Crag Rat Hut. 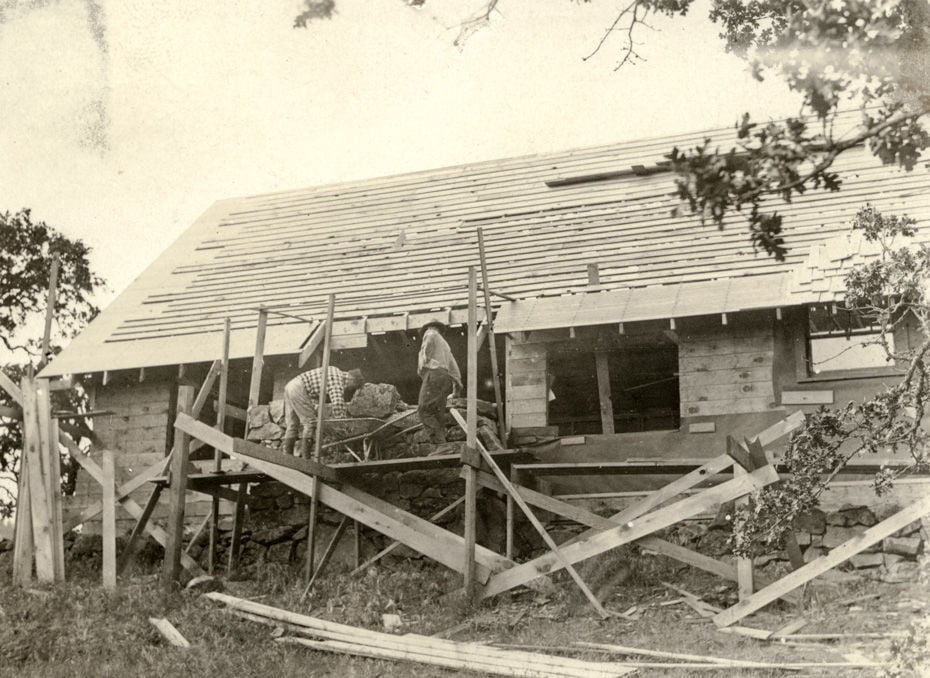 Original Crag Rat building being built in 1932. The building is long gone, but some masonry overlooking Exit 62 is still visible. 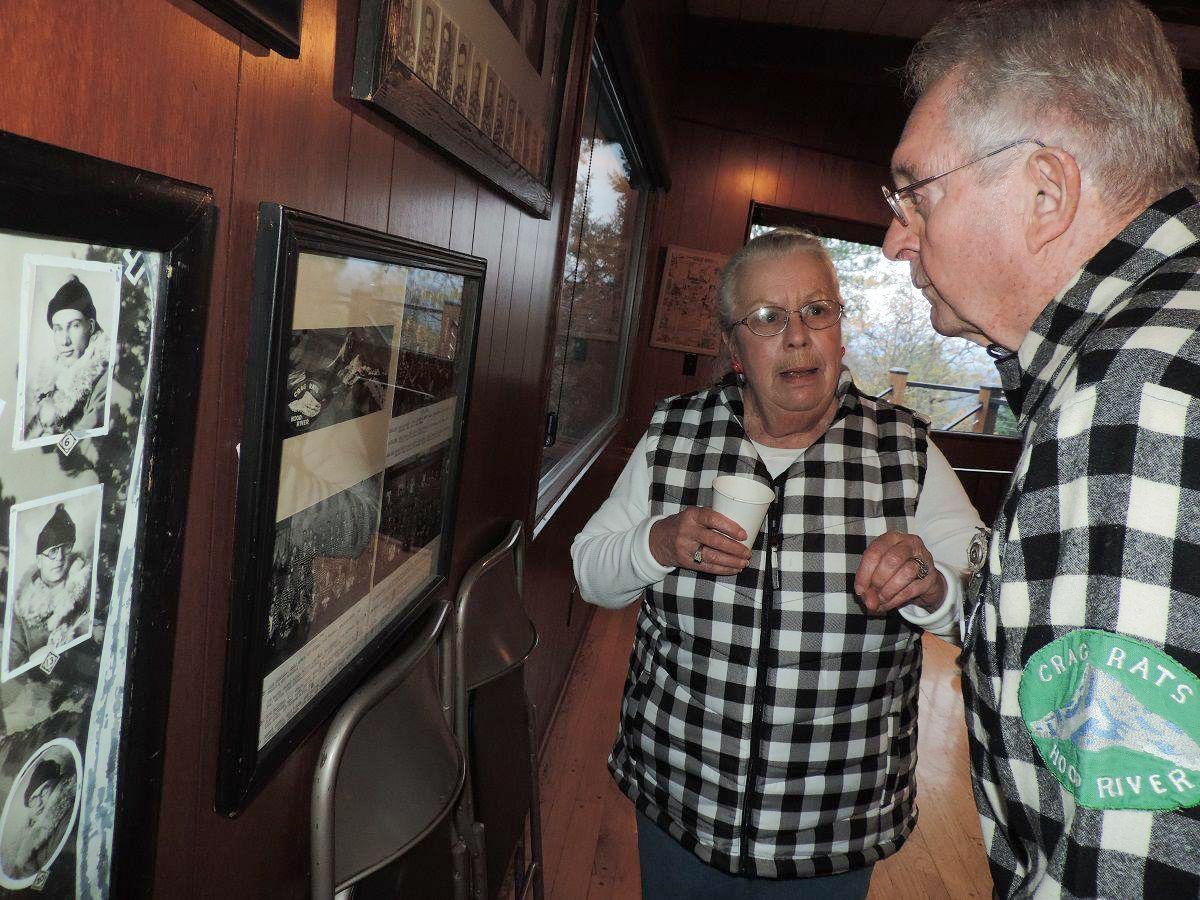 on the main  level of the Crag Rat Hut, Charlotte Jones and Bill Pattison look over old photos. 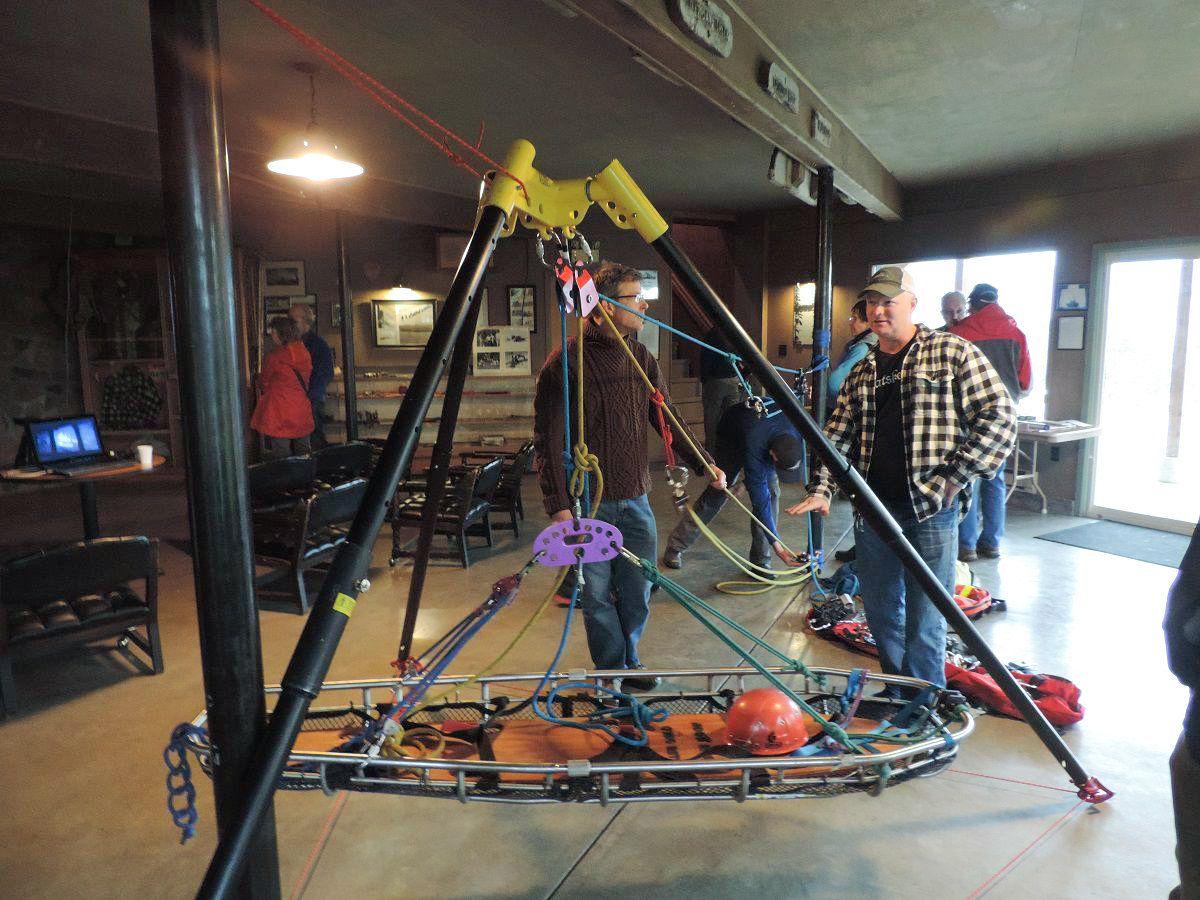 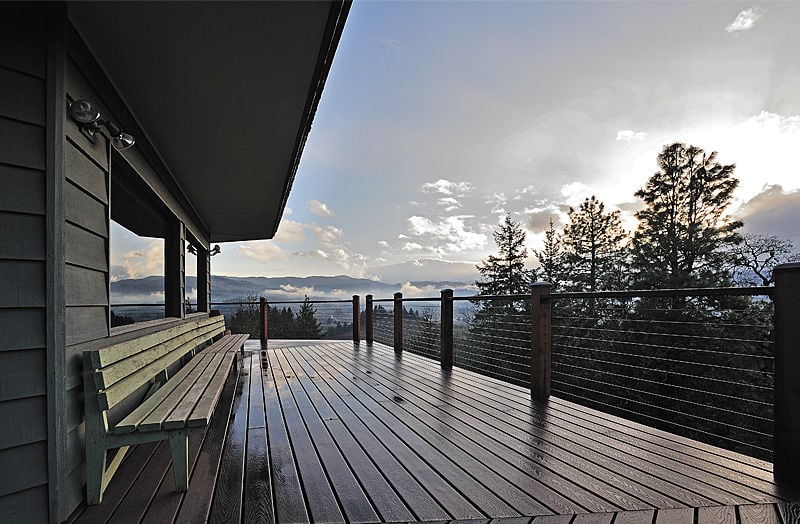 Exterior of the Crag Rat Hut.

Original Crag Rat building being built in 1932. The building is long gone, but some masonry overlooking Exit 62 is still visible.

on the main  level of the Crag Rat Hut, Charlotte Jones and Bill Pattison look over old photos.

When the Crag Rats relocated to a new building in Pine Grove in the late 1960s, they intended to use it just as they had used their old building: For meetings, training, and their annual banquet.

They didn’t intend to run it as a wedding venue. But that’s exactly what they did.

“We rented it out occasionally to the members for next to nothing, and there really wasn’t many outside entities that used it unless they knew a Crag Rats,” said longtime Crag Rats member Bernie Wells. “But then, little by little, we started getting more inquiries about renting it out.”

The two-story, mountain-style lodge sits atop a butte amongst the east hills of the Hood River Valley, on land donated by a Crag Rats member when I-84’s expansion encroached upon their old club-house near present-day Exit 62.

“Because of its location, it’s a very pristine place … because you get the view of both mountains and all of the lower valley so that’s why it’s a very good venue for weddings and things like that,” said Bill Pattison, who joined the Crag Rats in 1953. Wells joined in 1957.

“As time went on,” Wells said, “we kind of upgraded the fees until we got to the point where — heck, almost every week — we were starting to get a ton of inquiries about it, and we decided that maybe that would be the way we would pay for the Crag Rats’ expenses.”

The volunteer search-and-rescue organization began out of a group of Hood River Valley residents that climbed together in the mid-1920s.

The organization was initially funded by investors and donations from Crag Rats who had passed, “And the demand for search and rescue was just peanuts in those days up until … somewhere in the ‘70s, things began to heat up from recreation, and I-84 was finished,” said Pattison. “Up until then, search and rescue was minimal, and it was more fun-and-games for the organization. Now, with the demand for public recreation use of the Gorge — we the Crag Rats have followed along with that demand for service for the tourists.”

“We try to keep up with all the modern stuff,” said Wells. “The budget is just like any other budget, there’s never enough money for everything, so that’s one of the reasons that we decided we had to actually use the building as a venue for public use.”

A small staff was contracted to manage the business side of the rentals as the operation grew, but “nobody is paid on the search and rescue side. That is strictly all volunteer,” Wells said.

Wells’ construction company, Wells Construction, completed major renovations to the building a couple of years ago to expand the kitchen, meet ADA requirements, and increase the building’s overall capacity.

“It hadn’t undergone a huge restoration or remodel, since it was built in the ‘60s,” Wells said. “Because of the number of people coming through, we needed to expand at least the kitchen, because there’s a lot of catering at these events.”

The recently-expanded kitchen connects to a large event room on the main floor and a wrap-around deck outside. A gathering space downstairs hosts a small museum documenting the Crag Rats’ history, and a training tower in the adjacent parking lot serves as another reminder to the venue’s Crag Rat connections.

But the biggest reminder is the check.

“The rentals support search and rescue, in conjunction with the Sheriff’s Department,” said Pattison, “So when they write their check for their wedding … it’s going here.”

‘Beyond the Construct’ opens at CCA, TDAC

What’s Happening, week of May 3