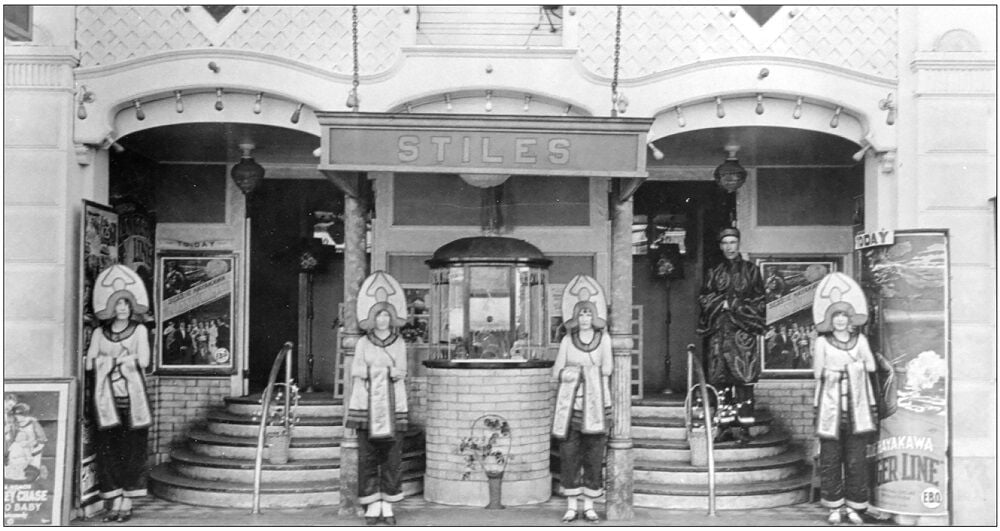 The Stiles Movie Theater, located on the 200 block of Second Street, The Dalles, in 1925. 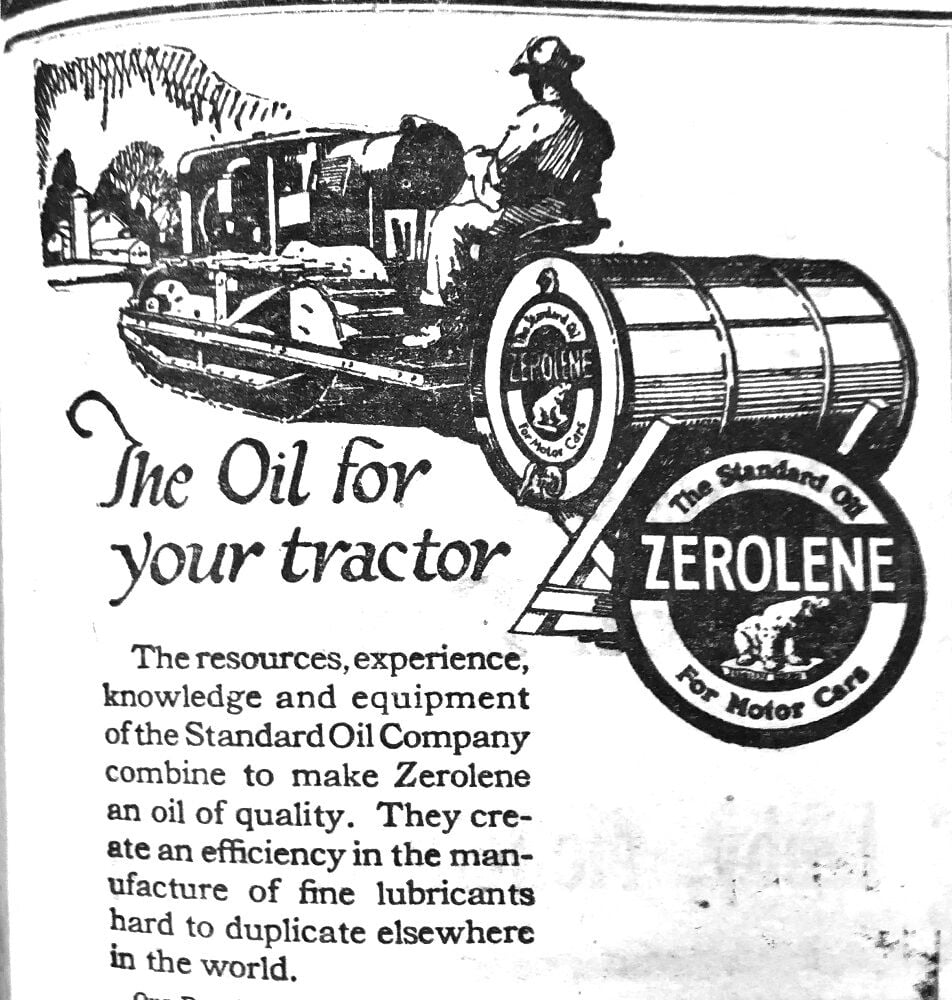 The Stiles Movie Theater, located on the 200 block of Second Street, The Dalles, in 1925.

The Modern Health Crusade work which has been introduced into every school in the county by the County Public Health Nurse is meeting with the approval and splendid cooperation of both parents and teachers. The Crusaders are children who perform there-fourths of the 11 health chores daily. The aim is to teach good health habits through the performance of daily health chores. — Hood River News

Three projects of vital importance to persons living in The Dalles and Wasco county — the proposed $100,000 bond issue for The Dalles-Dufur highway, the proposed auto park site and the proposed scenic road to Sorosis park — were brought up and discussed at the monthly dinner given by the chamber of commerce at Hotel Dalles last night. Official action endorsing the voting of bonds for the Dalles-Dufur highway was taken. The chamber decided to put its shoulder to the wheel and boost the project out of the rut into which it has fallen in the minds of many voters in the out-lying sections of the county. — The Dalles Chronicle

St. Mark’s Rector Is Now In Army: First-Lieutenant J.J. Dixon is now in the U.S. Army for an indeterminate period of service as chaplain of the 162nd Infantry Regt. He was formerly rector of St. Mark’s Episcopal Church of Hood River, and recently decided to return for army service. He was also in the service in the World War. — Hood River News

According to United Press dispatches emerging from coast guard headquarters in Seattle this weekend, an expenditure for $29,000 between The Dalles and the mouth of the Snake River is contemplated in the $161,0009 navigational aid program planned by the coast guard on the Columbia River in connection with the 27-foot ship channel being dredged between Vancouver and Bonneville dam. — The Dalles Chronicle

A turntable turned, a diamond point pressed against a flexible composition disc, and the strains of the national anthem went out over the airwaves from station KODL, The Dalles new radio station, at 9 o’clock Monday night. Preliminary tests were completed several days ago. — The Dalles Chronicle

After hearing city-county sanitarian Noel McKeean’s lengthy report on the subject, the city council decided to repeal its many milk ordinances at a regular council meeting last Monday evening. Sanitarian McKeean said the city would gain “little if anything” from its milk laws, since most milk sanitation enforcement and inspection is now performed satisfactorily by state agencies. — Hood River News

A Hood River couple who planned to use horseless saddles to get them to California shares the Wasco County jail today with a neighbor-accomplice — all facing horse theft charges. The three individuals were arrested by Hood River Deputy Sheriff Bob Lynch and turned over to the Wasco County Sheriff’s office yesterday. — The Dalles Chronicle

The winning Dalles football Indians, closing one of their most successful seasons in many years, go to Bend today with the special support of one special group — members of former great Dalles football teams, including three members from the 1941 state championship team. — The Dalles Chronicle

A second delegation will soon embark on a goodwill trip to Hood River’s sister city in Japan. But that will be only a portion of the two-week journey scheduled to begin Oct. 29. The group will also visit Tokyo, Kyoto and Hiroshima during their visit. Heading the delegation, as he did an initial trip two years ago, will be Ray Yausi of Odell, who spearheaded the Sister City program that has led to a formal association between Tsuruta, and apple and rice growing area in Aomori province, and Hood River. To make the trip official, Mayor Charles Beardsley issued a proclamation designating each of the Hood River party as official representatives of Hood river and the Hood River community during the visit. — Hood River News

Completion of the Fred Meyer Store on West Sixth is near as evidenced by paving work on parking lot in progress Monday. Officials of the company appeared at The Dalles Area Chamber of Commerce meeting at noon at which time Bob Silva, assistant vice president, said a Nov. 12 date is set for the opening. Accompanying him was Gene Knutson, director of promotion and special events, and Bob Scott, Dennis Thompson, and Frand Girard who will be assigned management responsibilities at the store here.

City Hall offices will remain together in City Hall now scheduled to be remodeled, partially to make more room. A contract for $31,635 was formally approved on basement remodeling Monday night. Last week, Councilman Merritt Probstfield raised the question of using another city-owned building, the Stadelman Office Building at First and Laughlin instead of spending money on City Hall. — The Dalles Chronicle

(1979) A piece of land 13 miles east of Goldendale has been selected as the future site for three experimental wind generators. The first of three generators, developed by Boeing Engineering, will be installed next summer or fall, according to the Bonneville Power Administration. The next two wind generators will be installed at three-month intervals. The three turbines are expected to produce about 30 million kilowatt hours of electricity annually. — White Salmon Enterprise

At age 80, the future of the Hood River toll bridge is in question. A study is underway to determine if a new or improved Highway 35 Columbia River crossing is needed. That review received federal funding in 1998 after citizens registered complaints about the 80-year-old structure. These ranged from safety concerns about the narrow passage that prohibits bike and pedestrian traffic to objections by Washingtonians about paying the 75-cent toll in perpetuity when the revenue is used primarily for economic development projects in Oregon. — Hood River News

National attention will be focused on The Dalles this coming week, as recreation planners, business owners and history buffs from throughout the West meet here for the three-day “Columbia Conference,” an advance look at the Lewis & Clark Bicentennial Celebration. — The Dalles Chronicle

Parks in The Dalles may soon be smoke-free if the Northern Wasco County Park and Recreation District moves forward with its proposal. — The Dalles Chronicle

La Clinica, based in Hood River, has purchased a parcel of land in Bingen in preparation to building a low-income dental service facility once funding is in place. La Clinica anticipates building on a vacant site next to McDonald’s on State Route 14. The sale of the land, 0.89 acres, had been under negotiation until last week. Klickitat County, as well as Skamania County, are two of eight counties in the state that do not have low income dental care available. — White Salmon Enterprise

Officially clamping down the lid in a drastic effort to stamp out the epidemic of Spanish influenza which is sweeping through The Dalles claiming great numbers of new victims daily, Mayor P.J. Stadelman, the city council, and the health officers have taken two definite actions; namely they have promulgated a stringent quarantine ordinance and have placed a far reaching ban on public gatherings and on such businesses as attract large crowds of persons.

Miscellaneous public gatherings in this city are prohibited by proclamation of Mayor P.J. Stadelman from the hour of 6 o’clock this evening until and inclusive of all Sunday, January 26.

This action was deemed highly necessary from the fact that of the great number of cases reported daily, most of them occurred in school children. It is certain that the schools of this city have led to much infection.

The library board in most commendable manner has strengthened the hand of the city in stamping out influenza. At the official meeting of the library board last night it was unanimously voted to close the library indefinitely. It remained closed all today.

Books that are out at this time may be returned to the library and left in the entrance from 9 o’clock in the morning to noon and from 2 o’clock to 5 o’clock.

Crowding in stores is to be abolished.

Local merchants have assured the city administration that every effort will be made to cooperate with the ban regulations and that crowds will not be permitted in their establishments.

The registered voter count in Hood River has gone up 200 persons this past month.

“With that many things on the ballot, there is something everyone is going to be interested in voting on,” said Schissler.

He anticipates that at least 65 percent of the county’s 10,726 registered voters will fill out ballots, up from about 60 percent in the May primary. However, Schissler said some members of his staff are predicting that voter counts could reach as high as 75 percent.

On Friday, the mail ballots that were printed in Bend were carted to the post office after six workers in the elections office spent three days sorting them by precinct and sealing them for posting.

According to Schissler, the two full ballot sheets have made mailing envelopes almost too heavy for a 33-cent stamp. To accommodate those documents, three sides of the envelope have been rounded off and any extra paperwork inserted in the return mailing will require extra postage.

He said marked ballots must be physically in the possession of the elections office by 8 p.m. Nov. 7. Postmarks do not count if the ballot does not arrive by that date.

To combat mail fraud, Schissler said signatures on the returned ballot will be compared with voter registration cards kept on file.

The official count will begin in the afternoon of Nov. 7. The Hood River Lions Club will collect ballots in front of the courthouse on election day. A drop box has been located in the lower vestibule of the courthouse next to the elevator. Ballots may also be left in a drop box at city hall in Cascade Locks.

Senior Living: The things I’ve learned over the years