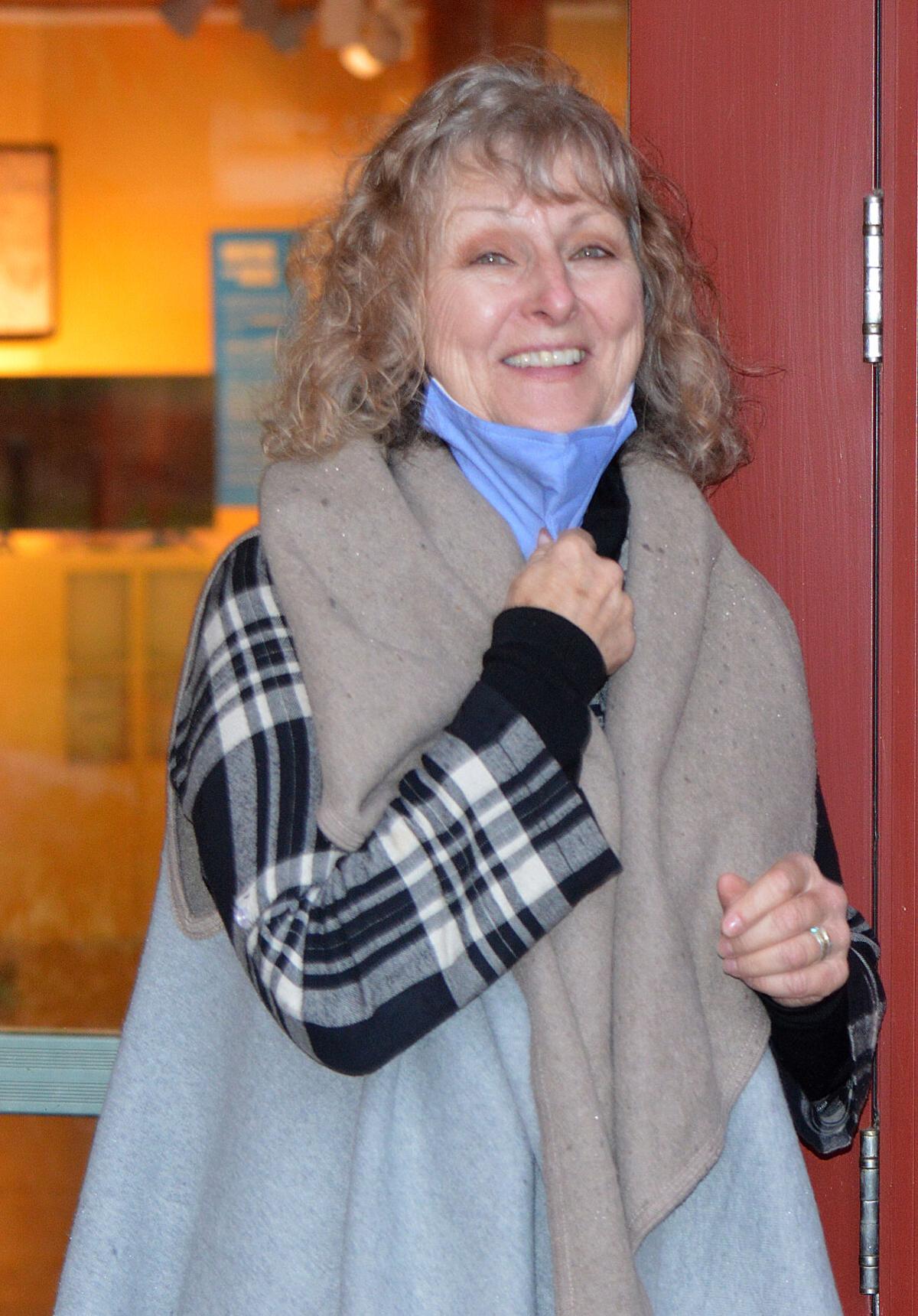 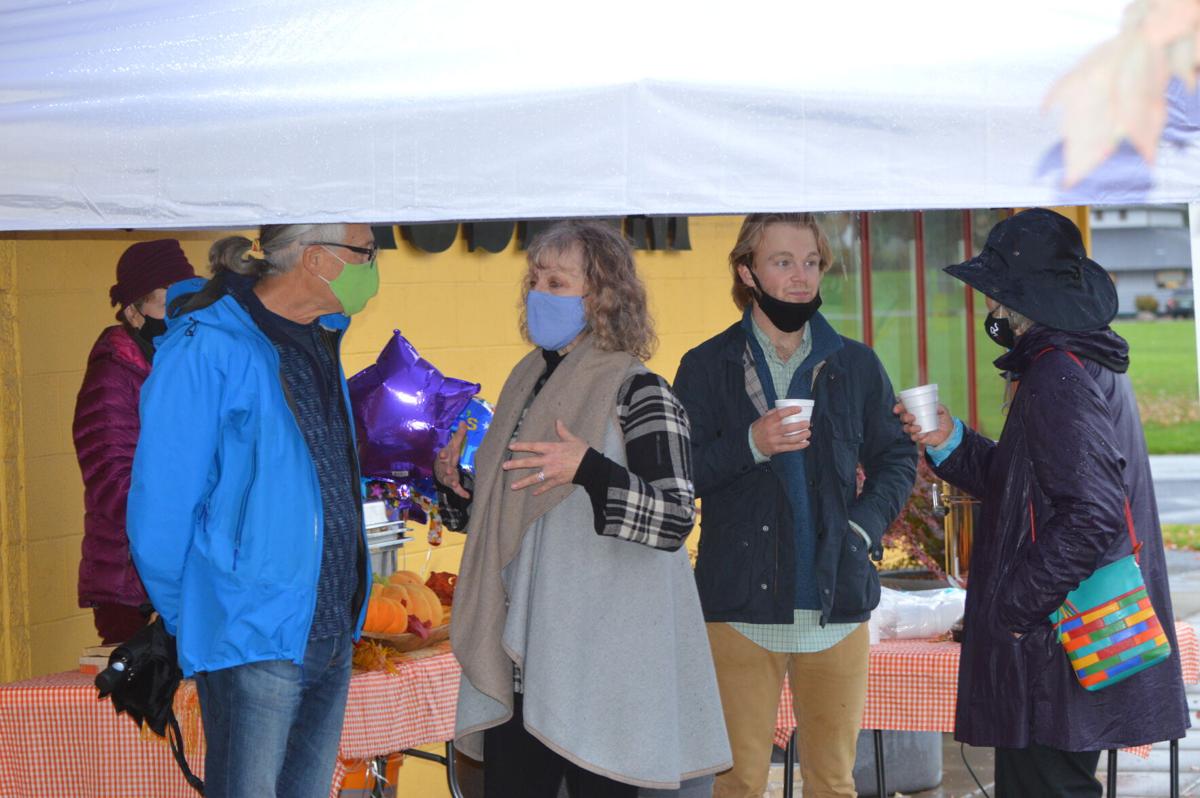 When Dr. Lynn Orr was interviewed by Hood River News in October 2015, shortly after arriving in her new job as director of The History Museum of Hood River County, she said, “I’ve always been captivated by the physical presence of objects and the stories they tell ... the time they were made and the people who made them.”

In the past five years, Orr has applied her fine arts background to the needs of a rural, artifacts-based museum, and found professional growth and personal enjoyment along the way. Orr is leaving the museum this month to live closer to family in California, leaving behind fond memories and a museum she believes is on solid footing.

“What we’ve tried to do is turn the attention of the museum from inward-looking to outward-looking,” said Orr, who emphasized that “the employees, volunteers and board are the ones who do the real work.

“The whole idea is that museums are special because they have objects, whether photographs or tools or paintings or costumes — we have the real things. You get real tactile sensory experiences,” Orr said. She recalled an exhibition a few years ago of the Latino experience in Hood River County, and the reception including Sandy Salazar’s Folklorico dancers.

“One of my favorite moments of the last five years was when the children came in and saw displayed manikins with their identical costumes on, and to see them giggle among themselves and to see that they and their culture was celebrated was a divine moment,” Orr said. It’s those interactions, as well as ongoing efforts to reach out to the community that she feels have been the hallmark of the museum.

“When we could have children in the museum visiting, we always took them to the workroom to hold an object such as a cherry pitter (from the county’s cannery heyday), let them hold it and talk about how it was used, and the same with classes: We bring out native American baskets and let them put on gloves and talk about ‘why do you put on gloves?’ — to protect the object and to protect you from the object.”

The museum is currently closed under the governor’s revised “freeze” order affecting all museums. For updates on reopening, check with the museum at 541-387-6772 or online at hoodriverhistorymuseum.org.

About 40 people attended a sendoff for Orr at the museum on a rainy Nov. 5, gathering under a tent or socially-distancing in the museum lobby.

The position has been advertised and the museum board hopes to have a director hired by early 2021, according to Board Chair Debby Chenoweth.

Chenoweth said of Orr, “Her contributions to this museum are impossible to measure. She as moved us from a nice, solid community museum to a center where we have activities, tremendous outreach to the community, professional exhibitions, connections to both the museum world and the art world, and organizations in the community. She had just done an unbelievable job moving us forward and moving us to a new level we want to build on. She’s been an incredible gift to the community, not just the museum but the community as a whole.”

“The main thing I helped change (at the museum) is that through the exhibitions and using our historic and vintage pieces such as Native American artifacts, to show that what we have now is based on the foundations of history,” Orr said.

Currently the “temporary” exhibit in the museum atrium is about technology innovations in the Gorge, which opened in March and went mostly unseen from April through September when the museum had to close due to the pandemic.

Orr holds a Ph.D in Art History from the University of California Santa Barbara. She had previously taught at Stanford and served as a curator for de Young, one  of  two fine arts museums in San Francisco. Orr’s specialties included art from the 17th and 19th centuries; her books include the 2015 “Art Deco: 50 Works of Art You Should Know,” covering the post-world War I European movement.

Orr arrived in Hood River in September 2015, joining her husband, Brad Schrick, who worked for Insitu and had been commuting for the previous 10 years.

She joined the museum after the previous director was let go after eight months in the position. She was tipped to the job opening by Board Member Arthur Babitz, applied, and was hired.

Now, Orr and Schrick are heading back to California, with plans to settle in Santa Rosa to be closer to children and grandchildren.

Before departure, Orr will have helped plan the next major exhibit of the museum, “Women’s Voices,” on women’s contribution to local society, sometime in 2021.

“It’s not just from the era of women winning the vote in Oregon in 1912 and then the entire country in 1920, but what contemporary women have contributed in areas of conservation, arts, and more,” Orr said. The innovation exhibit is approaching a year old but Orr said “volunteers have done a lot of work on it, and did not seem suitable to be taken down at this time.”

Also looking forward, Orr pointed to the second-year  program run by AmeriCorps representatives, designed to reach out to Latino and elder communities.

“COVID has restricted the programs we had initiated, hands-on, but our Jesuit Volunteer Corps representative (Ryan Zoellner) is working with the library and Odell Coalition and retirement and elder care to extend what we do.”

The museum also hired Vanessa Banuelos as visitor greeter and interface with the public.

“She brings youthful energy and point of view,” Orr said.

“The museum is in a marvelous place right now,” Orr said, “and it seems strange to say that for the first time I have said, ‘Thank God we are a small museum, because we have not had to deal with firings and furloughs.

“We are so thankful the county will continue our support and funding at the current level, and in conjunction with a new strategic plan and a fundraising plan that was cut short by COVID but will start up again, we will look at greater stability,” Orr said. “I leave with no apprehension of the museum withering because of the lack of community support. When you couple that with the donors that are supporting the museum both financially but also dedicating their time to the museum, it’s so rewarding.”