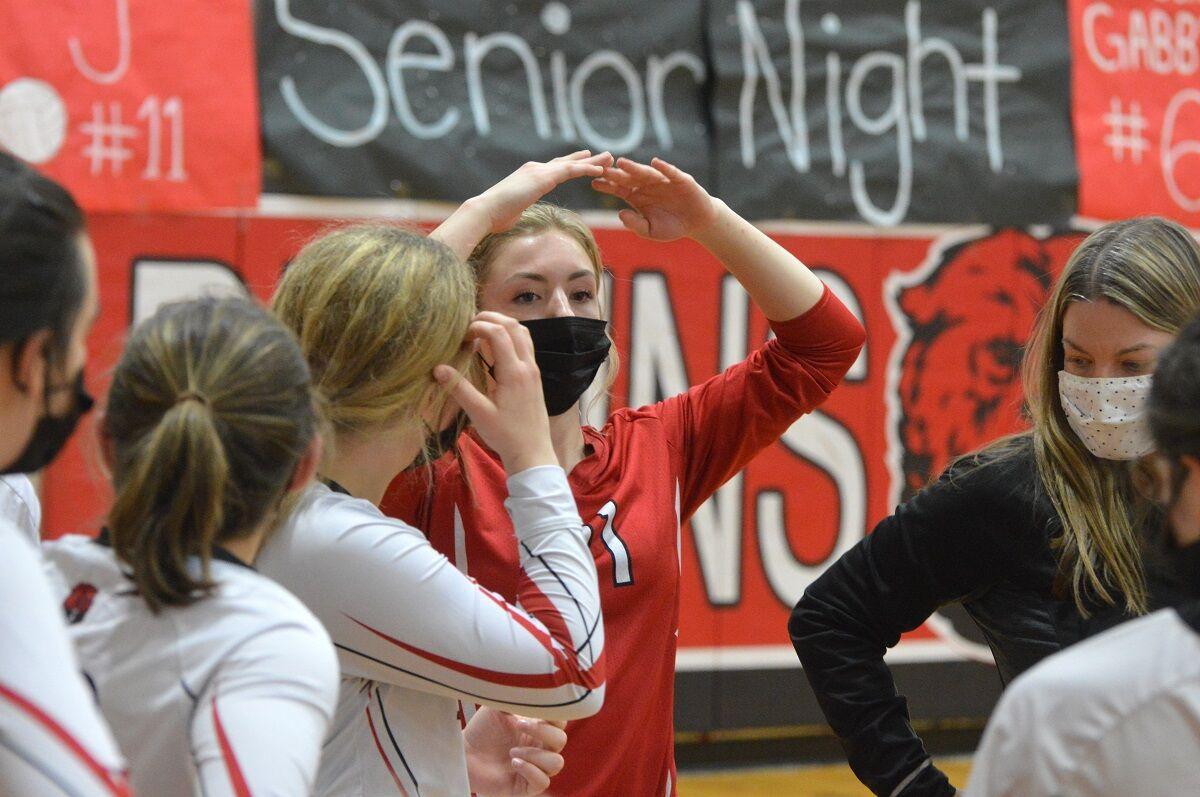 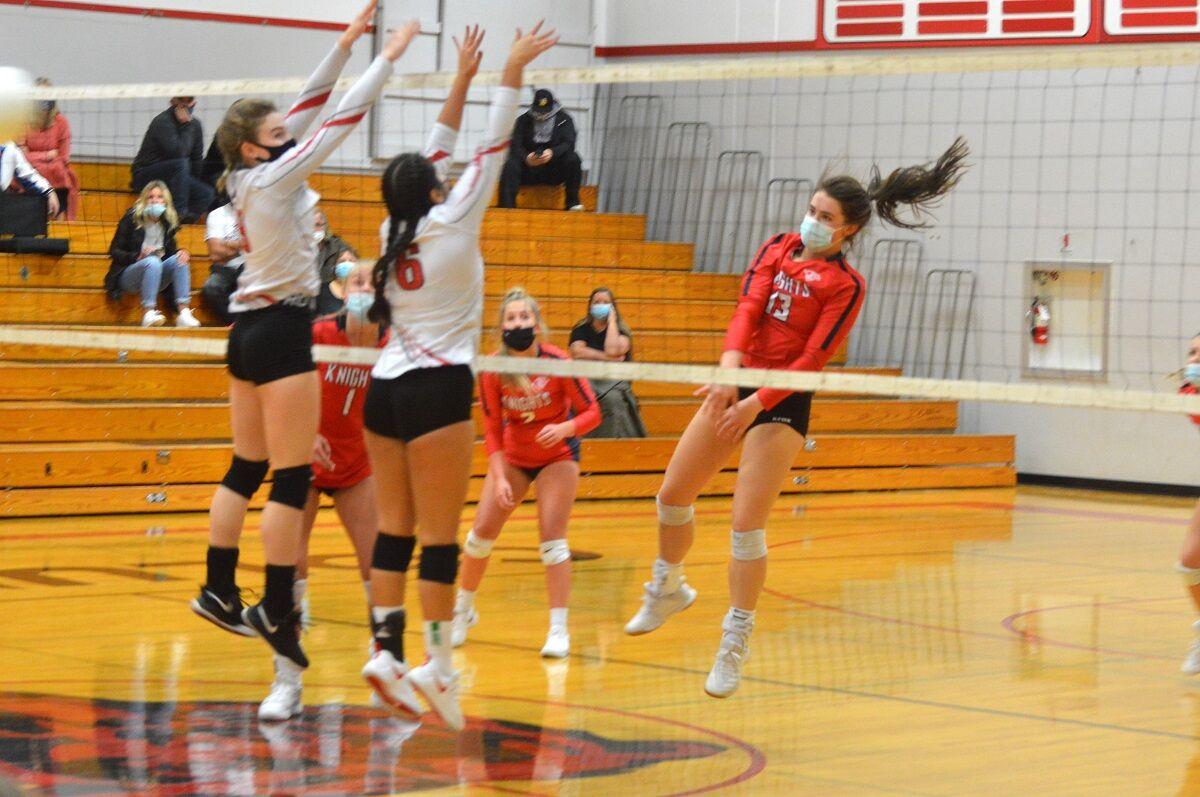 Junior Hannah Polkinghorn, 9, and senior Gabby Carabant, 6, led a defensive effort as the Bruins came back in game two from 15-9 to tying the game at 15-15. 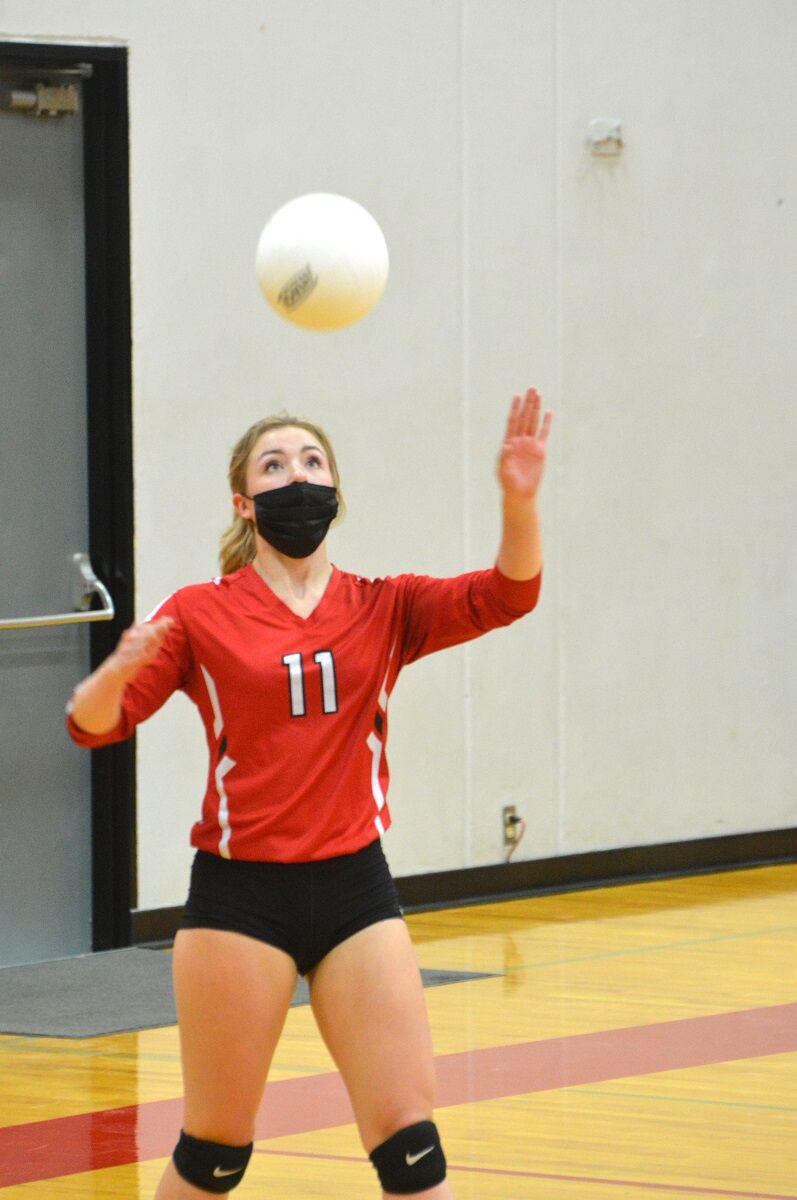 Games two and three were back-and-forth battles until late goings as the Bruins stepped up their on-court communication and hustled and dove to sustain possessions.

Aman was 100 percent in serving and had 17 digs on defense.

Hannah Polkinghorn led the team offensively with six kills and she added in four blocks.

Sydney Aman and Chanele Reyes worked hard on the outside each earning four kills and 12 digs.

“Our girls played hard and never gave up. King’s Way is a solid team and with our height difference, it’s hard to stop their offense,” said coach Jenny Hallead.

Senior night, usually held before the final home contest, was held mid-season out of uncertainty over the remaining schedule, according to Athletic Director Howard Kreps.

The Bruins are 1-2 overall, and 0-1 in league, with four league games left.