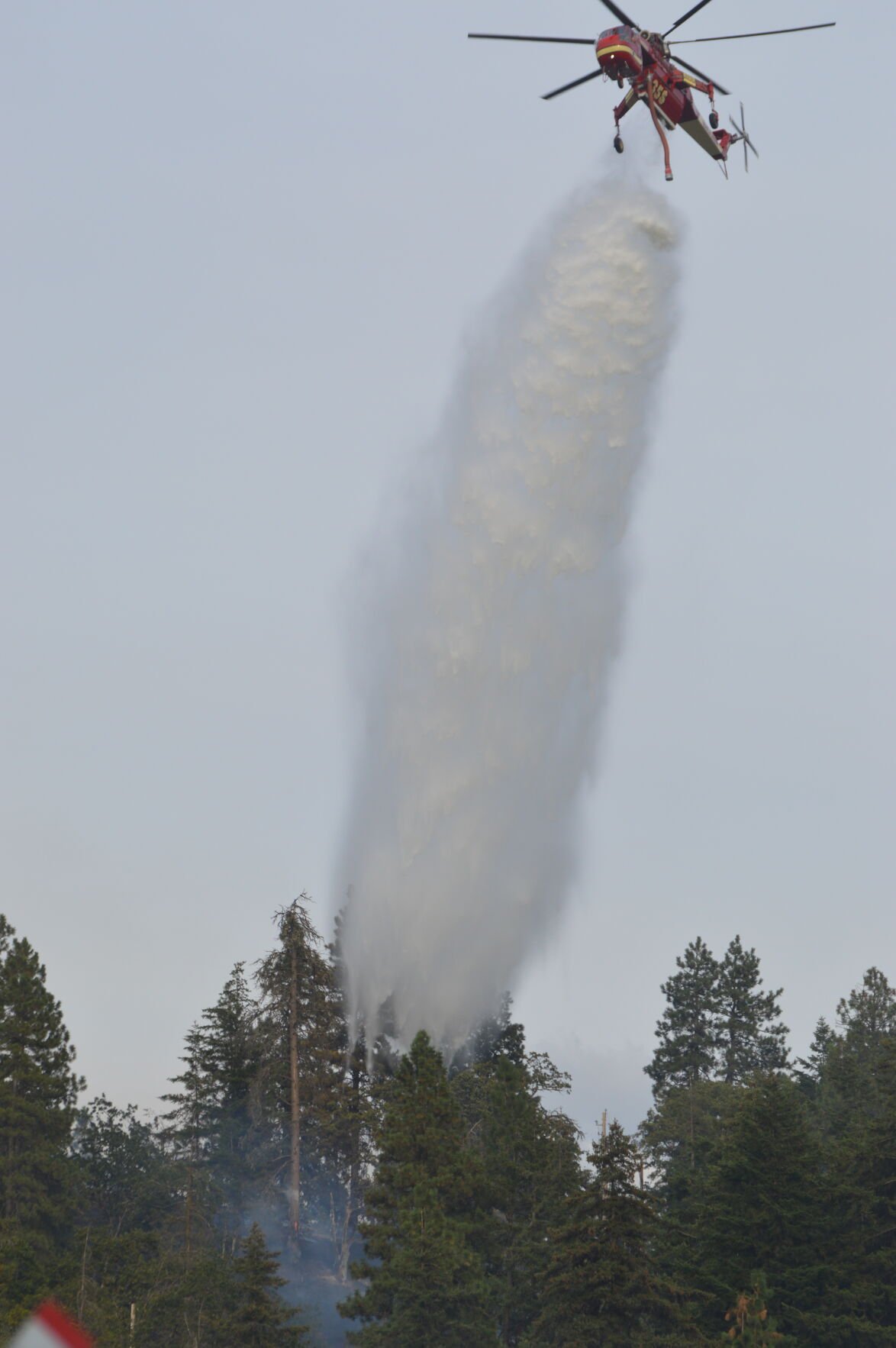 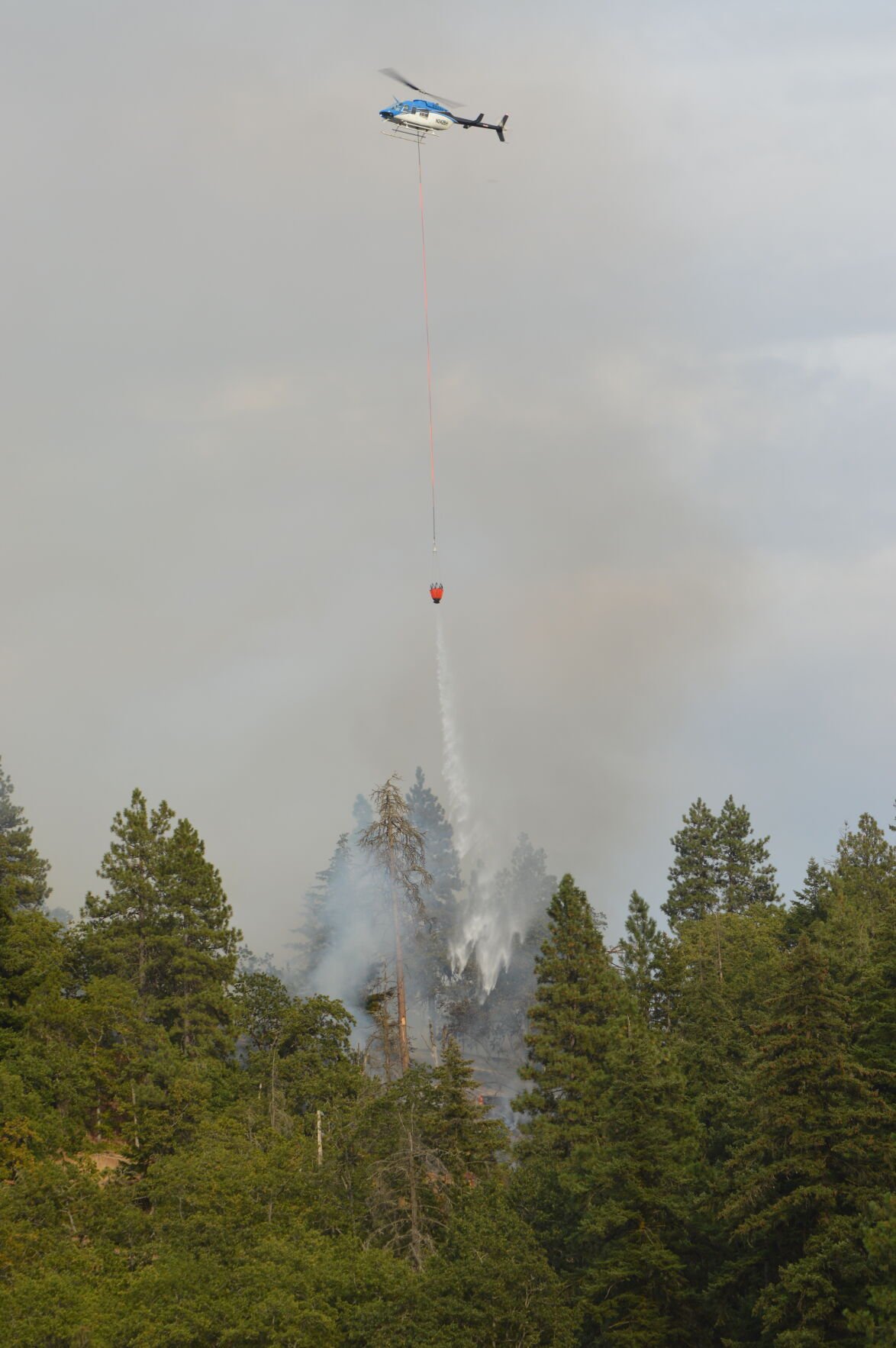 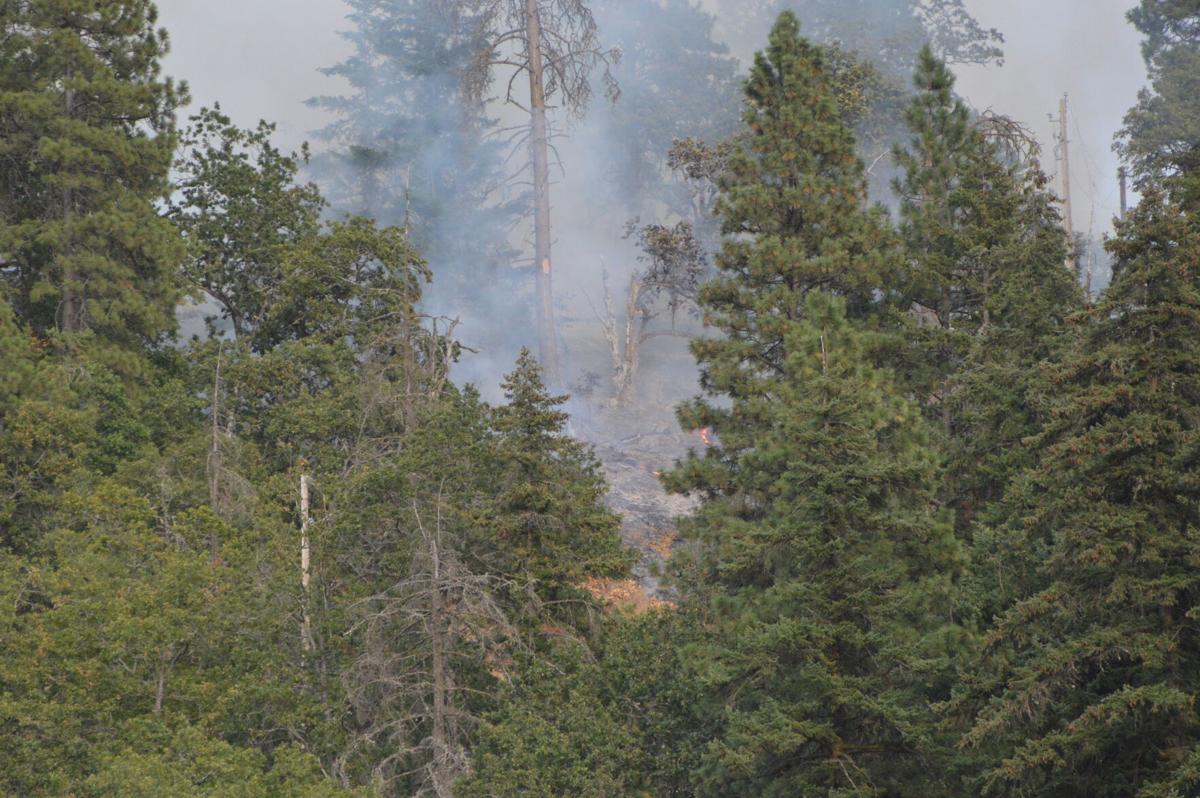 Fire crews are expected to remain on the job overnight to ensure extinguishment of a fire that broke out around 6 p.m. Monday above Old Dalles Road, off Hidden Oaks Road, in the Pine Grove area five miles east of Hood River. The blaze burned in deciduous and coniferous stands of trees and some open scrubland, but crews were able to get fire lines around it before it could spread to nearby structures.

The fire is under investigation. Neighbors reported hearing a loud “pow” suggesting a transformer blowing, though electrical power stayed on other than flickering for a few moments. Officials noted that while power lines were down in the fire area, it is too soon to know if the electrical issue was the cause of, or caused by, the fire.

Crews from area agencies, with help from four helicopters pouring water on the fire, got a fire line around the 3-5 acre blaze by around 7:30 p.m., according to Oregon Department of Forestry’s Kyle Nairns. The helicopters were already in the area fighting the Mosier Creek Fire, according to Nairns.

ODF and Wy’East Fire District had joint command on the fire, which burned in close proximity to four or five structures, but none were damaged. West Side Fire, Cascade Locks Fire, Parkdale and Gorge Scenic Area crews joined the fight, along with ODF. Pacific Power dispatched several vehicles to the area, and private firefighting crews were also called in. Hood River County Sheriff’s Office were stationed at Old Dalles and Hidden Oaks to limit non-essential vehicle access.