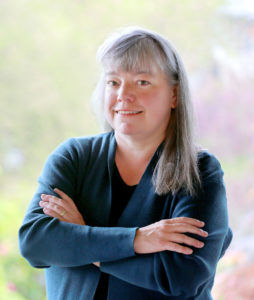 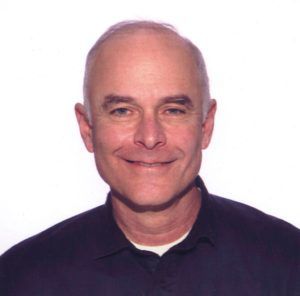 In the two contested county races, Carrie Rasmussen won the District Attorney seat and Arthur Babitz was elected to County Commission, both by margins of 59 to 41 percent.

“I’m proud of the campaign we ran, and I am grateful and humbled by the broad support of the community and Hood River County voters who have elected me as their District Attorney,” said Rasmussen, who will succeed her long-time boss, John Sewell, who will retire.

“It’s been my honor to serve the people of Hood River County for 15 years as a Deputy District Attorney, advocating for victims of crime, especially children, and successfully prosecuting cases to protect our communities, and as District Attorney, I will continue to do so,” Rasmussen said. “I will work hard to increase the collaboration of the District Attorney’s office with local and regional agencies to make our office more accountable to the public, to create a mental health court to address mental health needs, and improve programs helping domestic violence victims without increasing costs to taxpayers."

Babitz said, “I expect to focus squarely on budget and finance,” in answer to what he will do between now and when he takes office in January. “Like I said during the campaign, budgets should be boring. We shouldn’t have so much excitement around it every year.

“The voters have given us a little breathing room by passing a five-year levy, but there’s still a lot of work to do to make county operations truly sustainable.”

As to the 18-percent margin between himself and Henke, Babitz said, “I don’t really have anything meaningful to say about the margin. As the candidate, I’m probably the least objective judge of what that means.”

This was the  first race for public office for Henke, a long-time Hood River firefighter. Babitz served previously as Hood River City Council member and mayor.

“I definitely saw the effects about not being able to get out there and doorbell and not talk to people face-to-face very much,” Henke said. “It was a technological campaign and Facebook, and we only had one real Zoom forum, with the chamber, and that was it. It’s hard to judge how well I did. I don’t know what I could have done to make it more competitive. Arthur has name recognition, for sure.”

When asked about the transition to leading the office, Rasmussen said,  in light of reported personal difficulties with Sewell, “I expect it will be handled professionally and I look forward to establishing a strong and effective office.”

Said Kallery, “The race for District Attorney in Hood River County was about as difficult as a race could have been with social distancing really hampering the ability to make sure voters got complete and accurate information. Ultimately, I’m proud of the non-partisan campaign that I ran which gathered incredible support from the majority of local law enforcement and local leaders in criminal justice. I cannot say thank you enough to everyone who supported me and the residents of Hood River County have my best wishes moving forward.”

Henke added, “I think a lot of people know me but they don’t know me until I see them, and that was knocking on doors. I would see people around and the few people I did get to talk to seemed very receptive to my message. I think that was the biggest problem." Henke noted that Babitz had the endorsement of the local Democrat Party, and in phone-calling, he typically had to explain that the race was non-partisan to people who asked if he was aligned with a party.

All figures are the latest tabulations but the results will not be made official until June 8.

Voters must respond by June 2 to challenged ballots. Letters have gone out to voters whose ballot envelopes bore incomplete or unsubstantiated signature. Those voters must call elections at 541-386-1442 and make arrangements to visit the Elections Office to resolve the matter.

Secretary of State — Hood River County voters went heavily in favor of Democrat Jamie McLeod-Skinner (2,177) with Shemia Fagin drawing 800 and Mark Hass 754. Fagin is the unofficial winner of the nomination. Kim Thatcher is the declared nominee statewide for the Republican side, with 1,375 votes in Hood River County to Dave Stauffer’s 287.