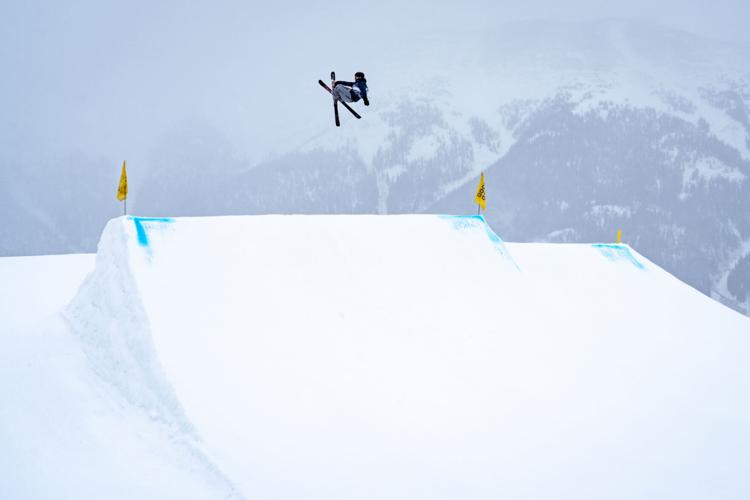 Chapman freeskied to the USA national championship in slopestyle last month at Copper Mountain in Colorado. 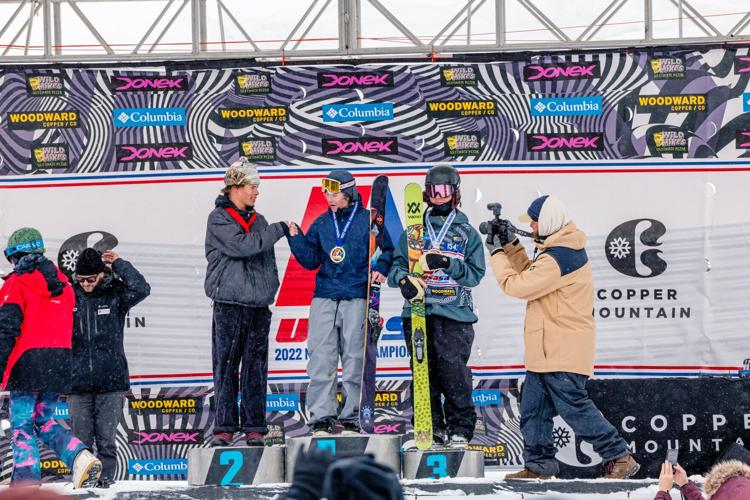 Chapman freeskied to the USA national championship in slopestyle last month at Copper Mountain in Colorado.

Hood River snowboarder Anders Chapman had a long wait sitting atop the freeski run in zero-degree weather. He had his rock music in, which calmed him down somewhat, but he couldn’t get over how tired he was. It was early May at Colorado’s Copper Mountain and a national title was at stake.

Chapman said he felt relaxed, but “at that point, you’re just trying to stay warm - stay focused. It was weird because I was just really tired from the day, and the day before.”

Those days included training, practice, and qualifying runs with the other age 15-16 slopestyle competitors at the United States of America Snowboard and Freeski Association’s national championship. Chapman qualified first into finals, placing him last in the competition order. “Since I qualified first, I had to drop last. I was just sitting at the top for a long time.”

The wait paid off and Chapman won the national championship in his age group. He essentially won the competition on his first of two finals runs. “The first run is the one that I won with,” he said of his “about” 35-second free ski run,

It wasn’t perfect, but it was good enough. “I felt pretty good; the first run went pretty good,” he said. “I didn’t do one of my jump tricks, I had to do a different one.”

Free skiers have to react on the fly, taking into account how they feel, how fast they’re traveling - among other things - in addition to the course and weather conditions when making their runs.

Judges gave him a 93, which put him well into the lead, he said. That margin enabled him to essentially ski a “victory lap” for his second run. “I just did the same run. Just a little bit more controlled. I was in the lead by quite a bit, so I kind of knew that I had won.”

The national championship puts him in some lofty company, including among his own club team. Chapman attends Wy’East Mountain Academy, which had several other athletes attend the week-long competition. One who wasn’t there, and who has since moved on to bigger competitions, was Wy’East alum Nick Goepper. He won his third Olympic Games medal in February when he finished in second place (silver) for freeski slopestyle in Bejing. Goepper, who was a student at Wy’East in 2010-12, also won an Olympic bronze in 2014 in Sochi and a silver medal in 2018 Pyeong Chang.

“He actually came in to say ‘hi’ to us this year,” Chapman said of the three-time Olympian.

Chapman, who also plays lacrosse and does other board and outdoor sports, said he’d like to continue to ascend the freeski ranks. “I, for sure, want to take it further,” he said.

After nationals, he was invited to attend a camp with the U.S. team, but a trip to the hospital nixed those plans. “I was skiing with a friend; we were up at Timberline on this tree run, and my friend was ahead of me, and he fell. I was trying to avoid him, and I ran into a tree.”

Chapman was fortunate to escape with only a broken thumb – and concussion. “My helmet has a huge dent in it,” he said. “It saved me.”

Surgery on his right thumb will keep him out of competition for a while, but he said he plans on attending some summer camps at Mount Hood in a month or two.

Chapman said he doesn’t think about crashing when he’s competing and rather focuses on what he has practiced. He had a month to prepare for nationals based on his finish in regional events this past winter.

“To get ready, you train harder than you compete,” he said. “And make sure you have tricks you can do in competition.”

Chapman said he added a few skills to his national’s repertoire, including a right cork, where he spins the opposite way – than normal – on his jumps. He said it took about a week of training to become comfortable with the move. “This one wasn’t too hard do,” he said.

Once in Colorado, Chapman had two days of training on the runs – in “OK” weather. On the day of competition, competitors have three qualifying runs and then two, final (scoring) runs.

“The weather was pretty good for the day of training; it was a little bit windy, but it wasn’t that bad,” he said. “The day of the competition the weather was really bad; it was snowy and windy.”

Turns out it was perfect weather for Chapman.

Gorge sports roundup for May 11

Gorge sports roundup for May 11