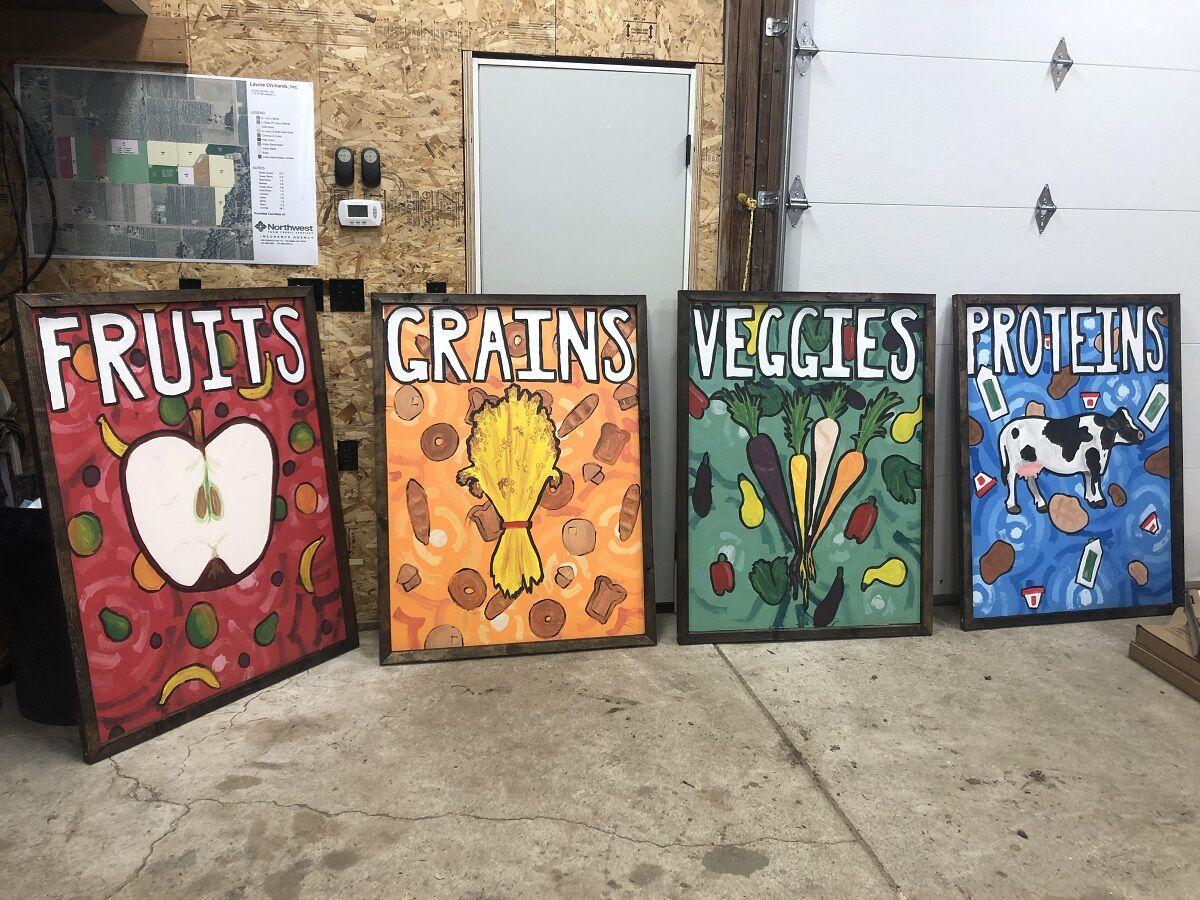 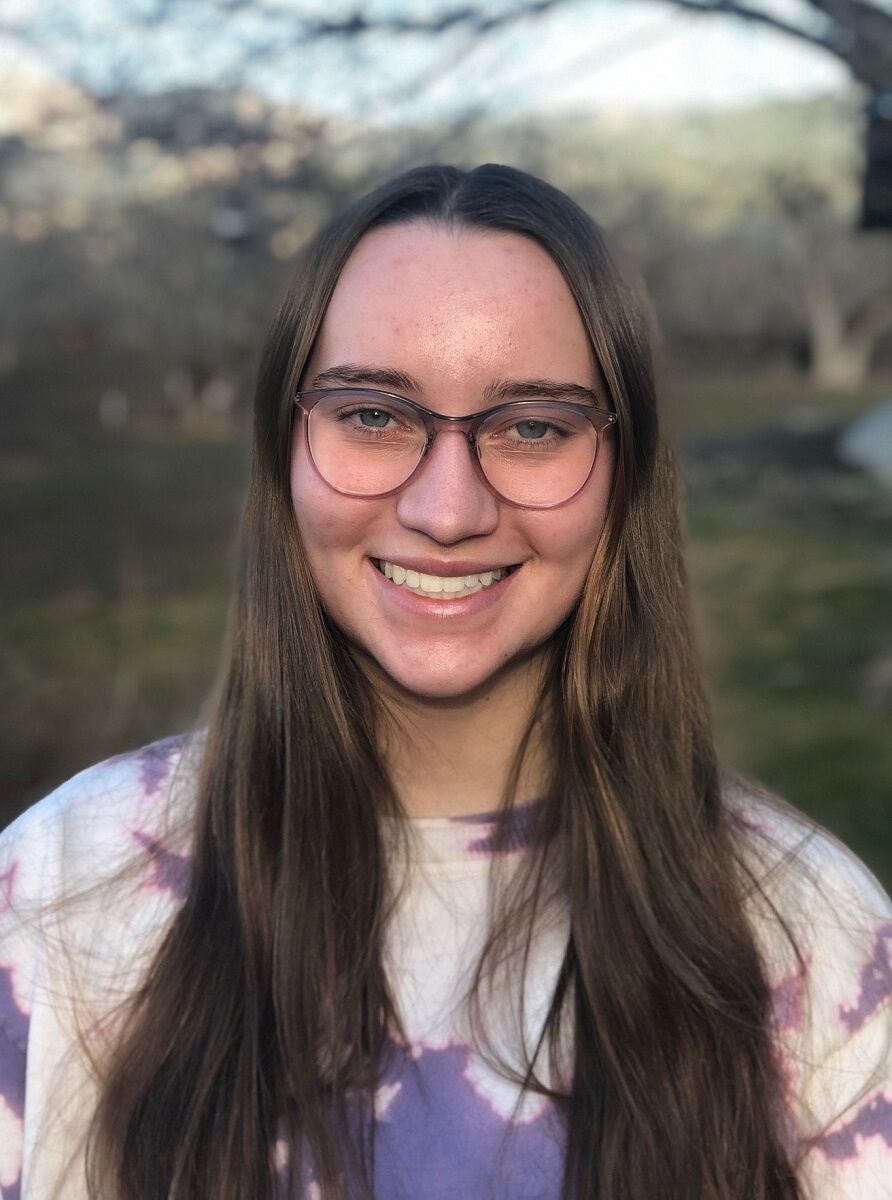 The work is courtesy of Sierra Donnelly-Lavoie, a Parkdale alumna and now a junior at Hood River Valley High School. Donnelly-Lavoie, whose mother, Holly, teaches at Parkdale, consulted on her Community Works class project with principal Gus Hedberg, as well as the head cook, Michele Johnson, Custodian Terry Draper hung the murals three weeks ago in the cafeteria.

“I tasked myself with creating an educative and decorative mural for the Parkdale Elementary School cafeteria,” wrote Donnelly-Lavoie in her artist’s statement.

In her own words:

After consulting with the principal, I decided to do four large individual paintings that would go between the windows on the north wall of the cafeteria.

Each painting would be three feet by four feet, and would have a frame that would match the color of the trim around the windows. With this, I set out to create the murals. I first consulted with my Community Works teacher from the high school, Peter Lawson. He talked to me about the more construction-like elements of the project, such as cutting the plywood that I would paint, as well as cutting wood for the frames. With this in mind, My father and I first cut the plywood. We decided to use cabinet grade plywood, as I wouldn’t have to sand it before I started painting.

After this, I talked to my AP Drawing and painting teacher, Mary Brossman, on a few design elements of my project. We both agreed that the four panels would best be used to show the four major food groups, fruits, grains, vegetables, and proteins. We also agreed that using bright colors and large letters would aid in using these murals not just as art, but as an educational tool. Shortly after, I began painting. I first had to prime all of the plywood with a white coat, then the actual background color for each panel.

I decided to make the background color for fruits red, grains orange, vegetables green, and proteins blue. After all of the backgrounds were done, I moved on to painting the swirls on the background. I did this to fill up space and add some dimension to the piece. During this stage, I also drafted out where all of the letters would go at the top. This went smoothly except for the fact that “vegetables” is a lot longer of a word than the rest, so I shorthanded it to “veggies.” I then began painting all of the different foods onto each of the panels. I researched what foods went in what food groups, and painted them there. For example, I painted a pepper in the vegetable panel and an orange in the fruits panel.

After all of this was done, I filled in the letters, and began work on the centerpieces of each of the panels. I tried to choose something that would represent the food group as a whole. I chose a halved apple for the fruits, a couple of colorful carrots for the vegetables, a bundle of wheat for the grains, and a cow to represent the proteins. After all of the painting was done, I went over all of the murals with a thick coat of Mod Podge so they would be protected from food and cleaning.

Around this time, I thought I was done, but the painting didn’t look right. I took some time to reflect and decided that I needed to add a black outline. I chose to add a black outline to the letters, the individual food, as well as the center objects. Doing this made everything “pop” more, and was definitely the thing the painting had been missing.

Then, we were done with the murals and transported them to Parkdale Elementary School.