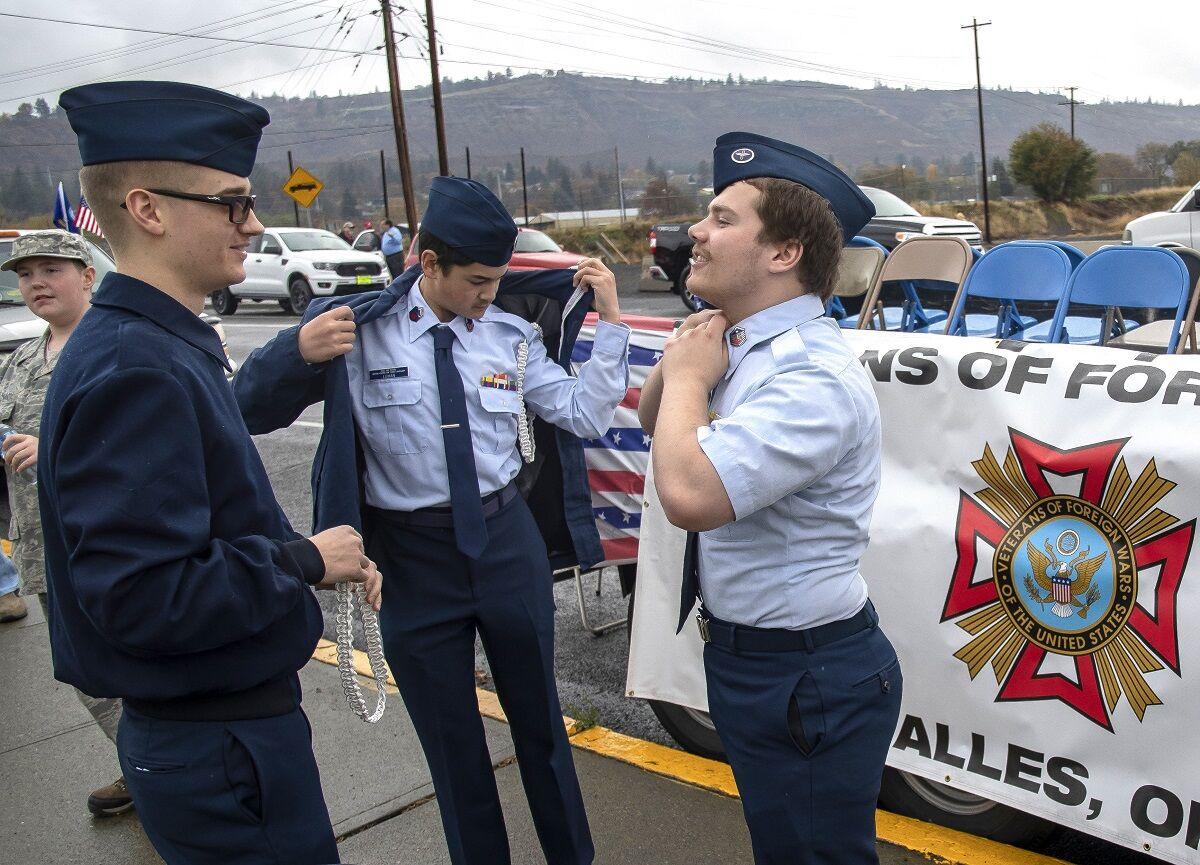 Veterans were honored throughout the Gorge on Veterans Day with ceremonies and parades. Above right, Cadets from the Civil Air Patrol, U.S. Air Force Auxiliary, based at the airport in Hood River, prepare to serve as honor guards in The Dalles’ parade for a banner in memory of service members killed in Kabul, Afghanistan. Pictured are, left to right, Cadet Captain Isaac Walker, Cadet Senior Master Sergeant Zachary Luhan and Cadet Master Sergeant Connor McKibben. Civil Air Patrol members are drawn from throughout the Gorge. 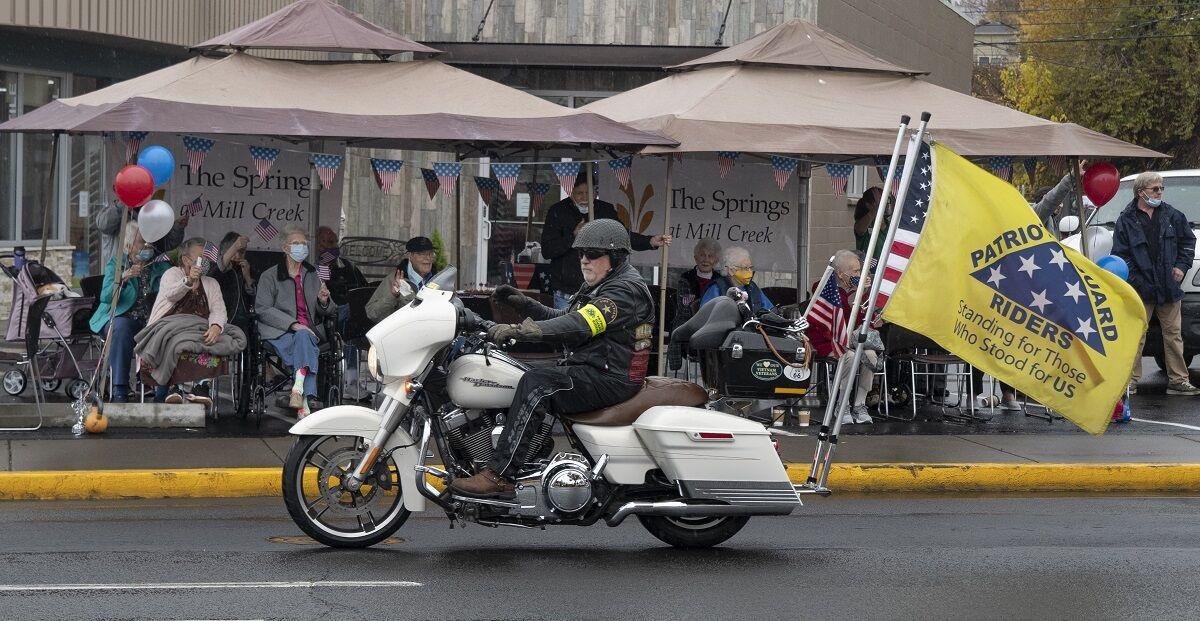 Patriot Guard rider Rod Runyon, above, motors ahead of the Veteran’s Day parade in The Dalles Thursday, Nov. 11. 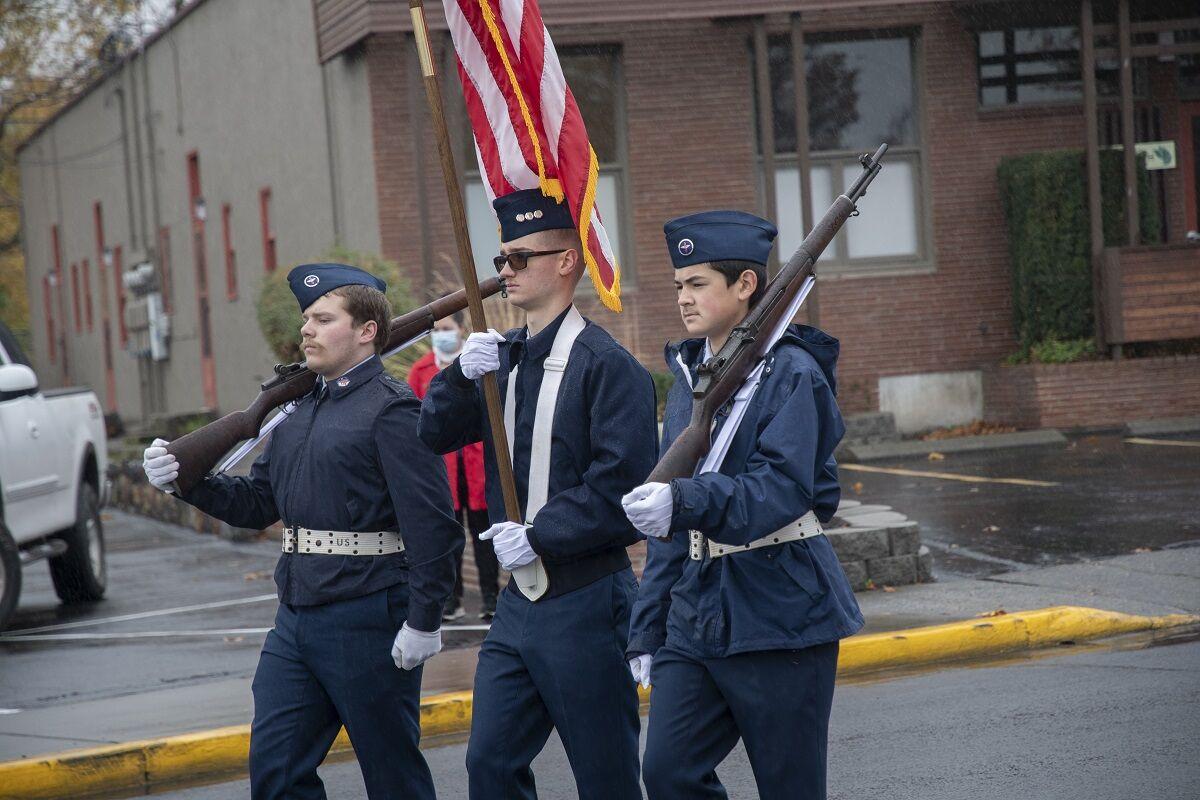 Cadets from the Civil Air Patrol, U.S. Air Force Auxiliary, based at the airport in Hood River march the parade route as honor guards in The Dalles’ parade for a banner in memory of service members killed in Kabul, Afghanistan. 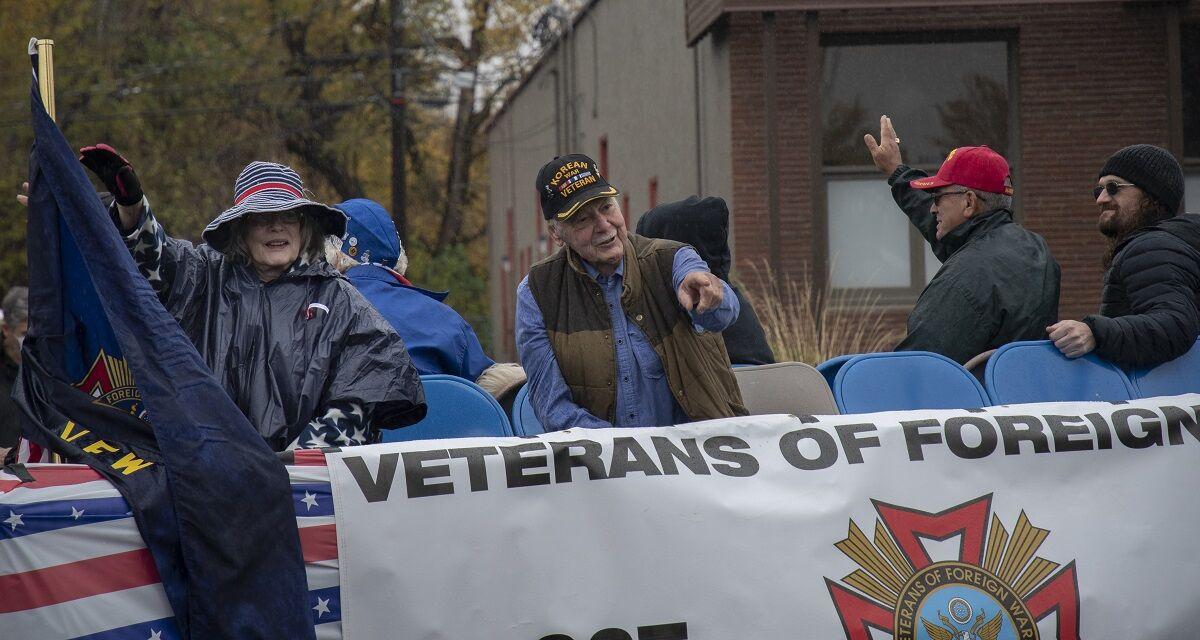 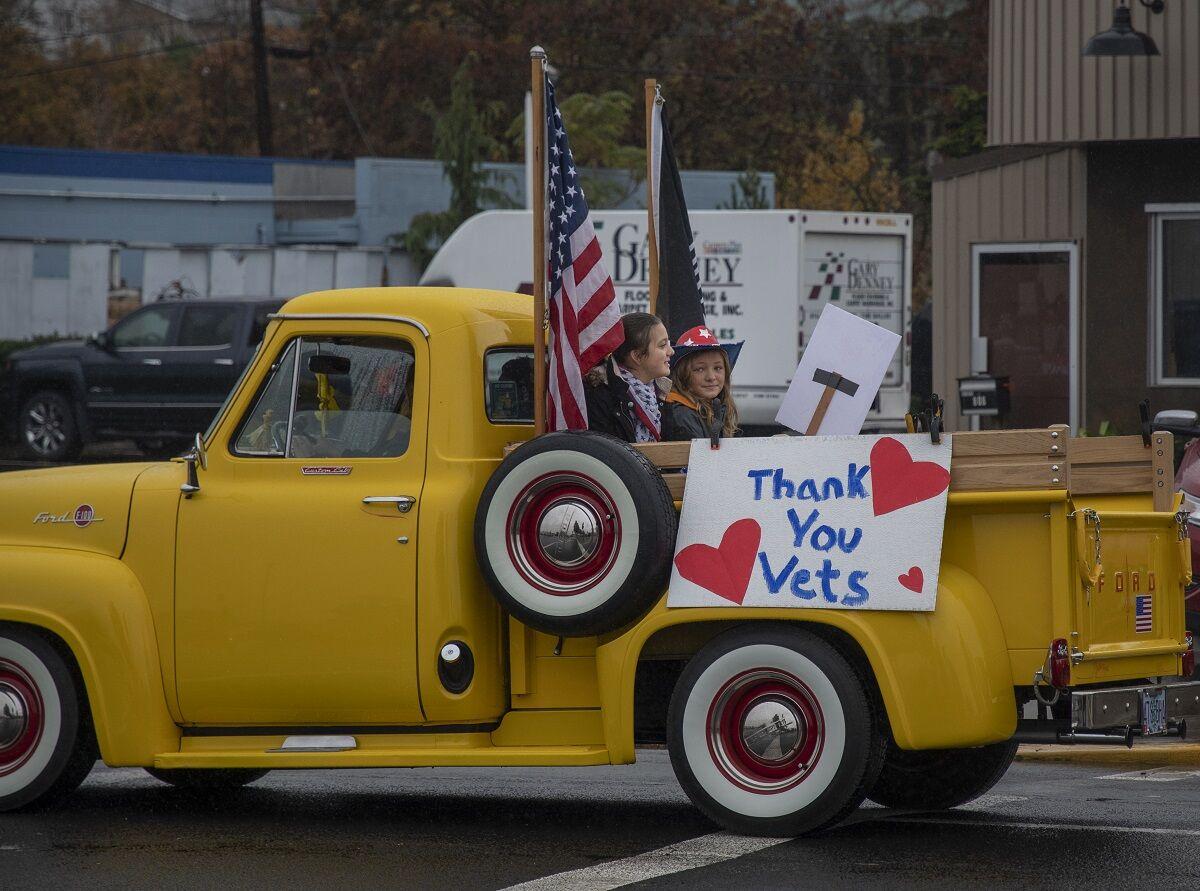 A vintage pickup motors along the rout with a big “thank you” for veterans. 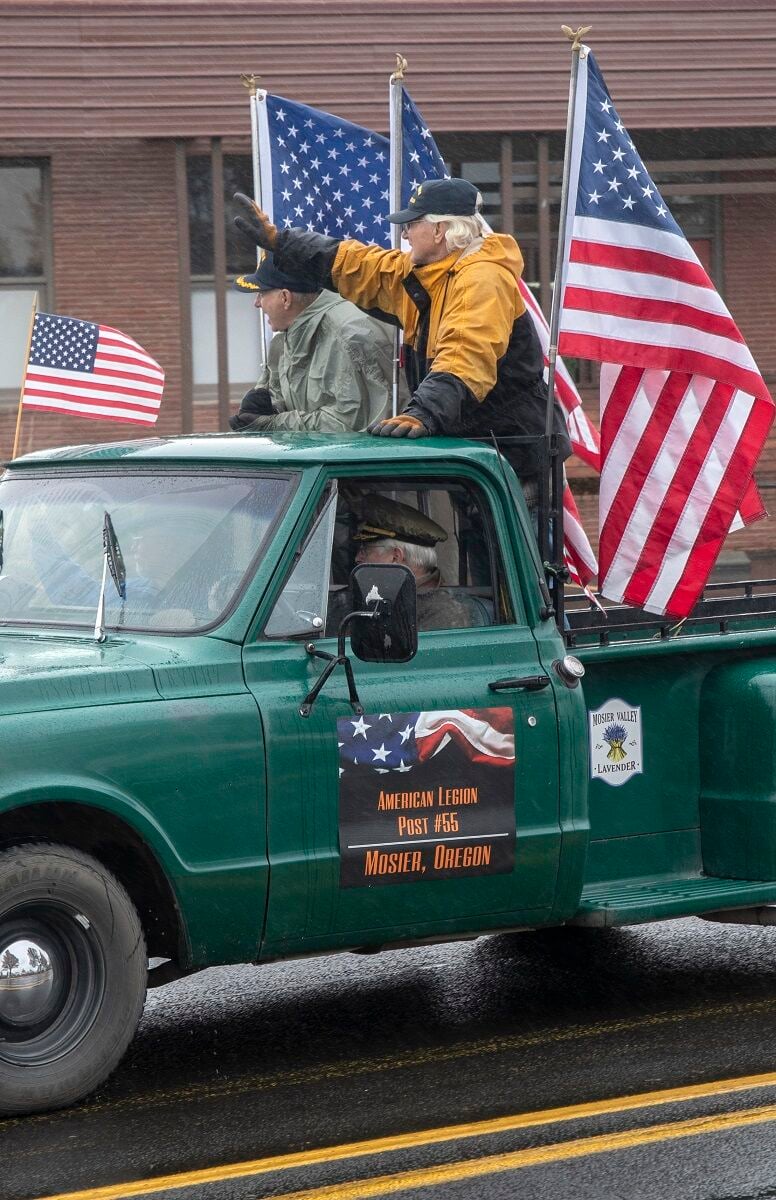 The American Legion Post No. 55 of Mosier motors down the Veterans Day parade route in The Dalles. 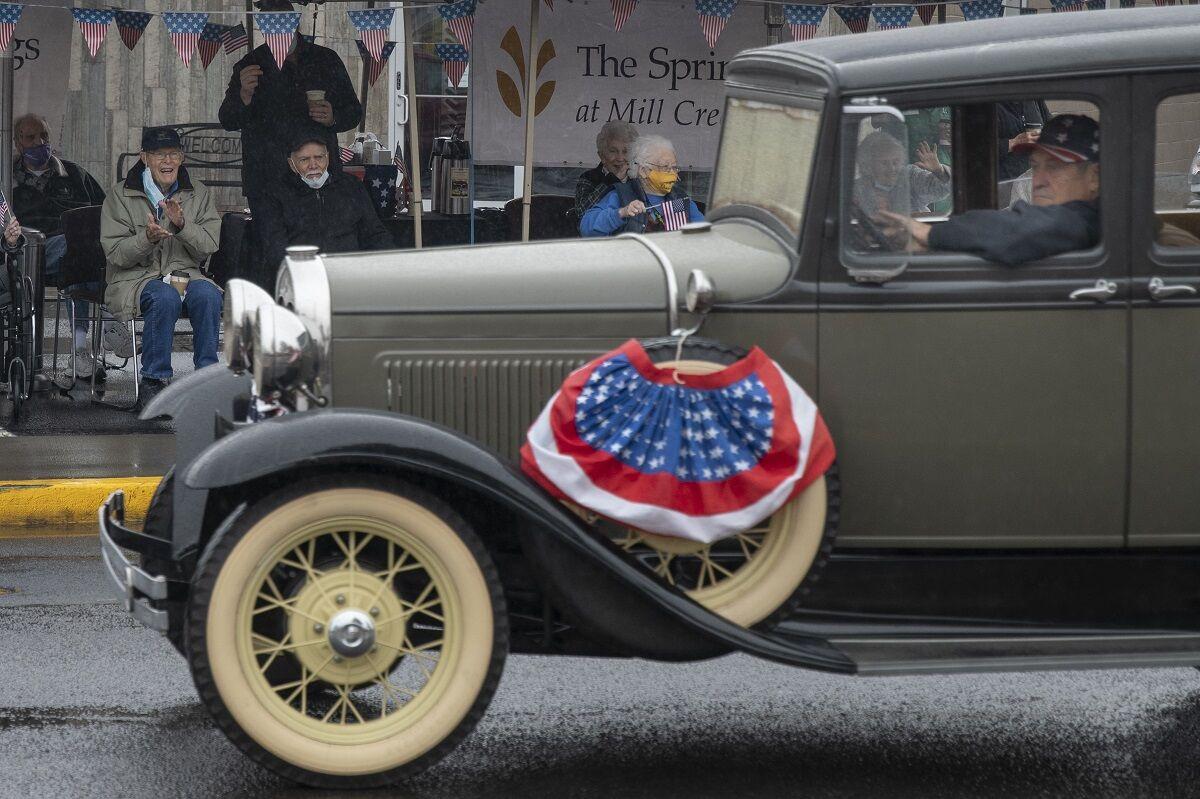 Residents and guests of The Springs At Mill Creek assisted living respond to a passing entry in the parade. 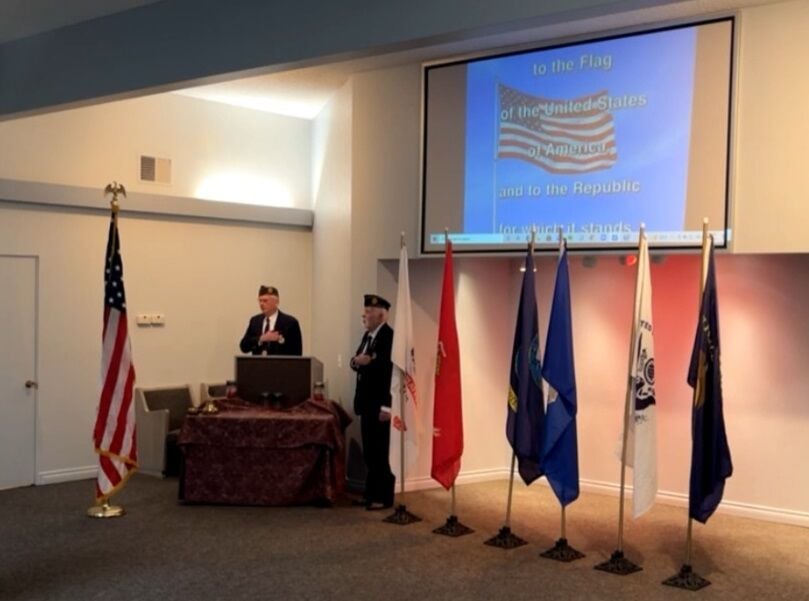 Above, Dennis Leonard and Robert Losli, American Legion Post No. 22, lead the Pledge of Allegiance during the Anderson’s Tribute Center celebration in Hood River on Nov. 11.

Veterans were honored throughout the Gorge on Thursday, Nov. 11, with ceremonies, military fly-overs and one of the largest Veterans Day parades seen in recent years.

The parade was sponsored by The Dalles Area Chamber of Commerce.