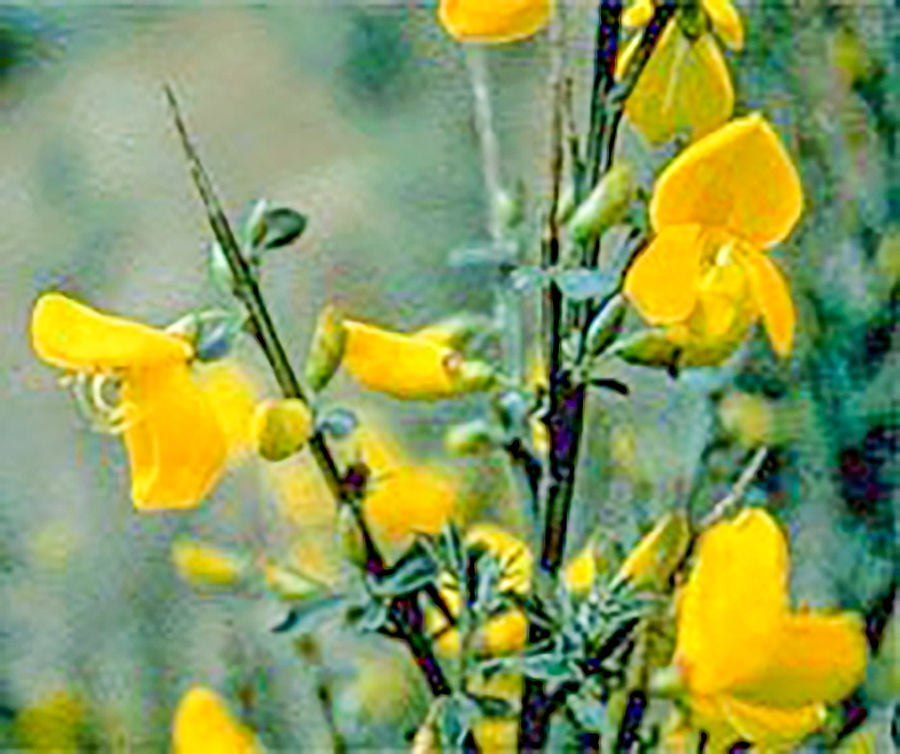 Scotch broom, in blossom (pictured) and seed states, is both hardy and invasive. 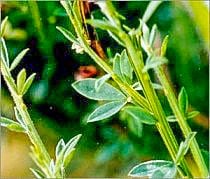 Scotch broom, in blossom and seed (pictured) states, is both hardy and invasive.

Scotch broom, in blossom (pictured) and seed states, is both hardy and invasive.

Scotch broom, in blossom and seed (pictured) states, is both hardy and invasive.

Scotch broom was introduced as an ornamental along highway corridors and in western Oregon as a dune stabilizer. It is now one the most extensive forest weed species.

Scotch broom is an evergreen shrub. It has many slender, erect, dark green branches with small leaves up to half an inch long. It grows from three to 10 feet in height. In May, it is covered with bright yellow pea-like flowers. The flowers mature to flattened seed pods that contain up to a dozen seeds each. Dried pods will crack and pop open in mid-summer and eject the seeds a short distance. A single plant can produce well over 20,000 seeds that last in the soil for more than 30 years (some estimates are as long as 80 years).

Scotch broom can be controlled by various methods, depending upon the severity and the location of the infestation. Plants can be pulled when they are small and dug when they are larger. They can be cut between flowering and seed production and stumps can be treated with herbicides (check with the OSU Extension Master Gardeners for advice). Do not put plants with seed pods in compost or yard waste. They should be bagged and placed in the garbage. Do not burn plants with seed pods; when exposed to fire, its seeds burst from their seed pods.

If you are looking for a yellow blooming bush for spring color, rather than planting Scotch broom, consider the native Tall Oregon Grape or the ornamental Forsythia hybrid.