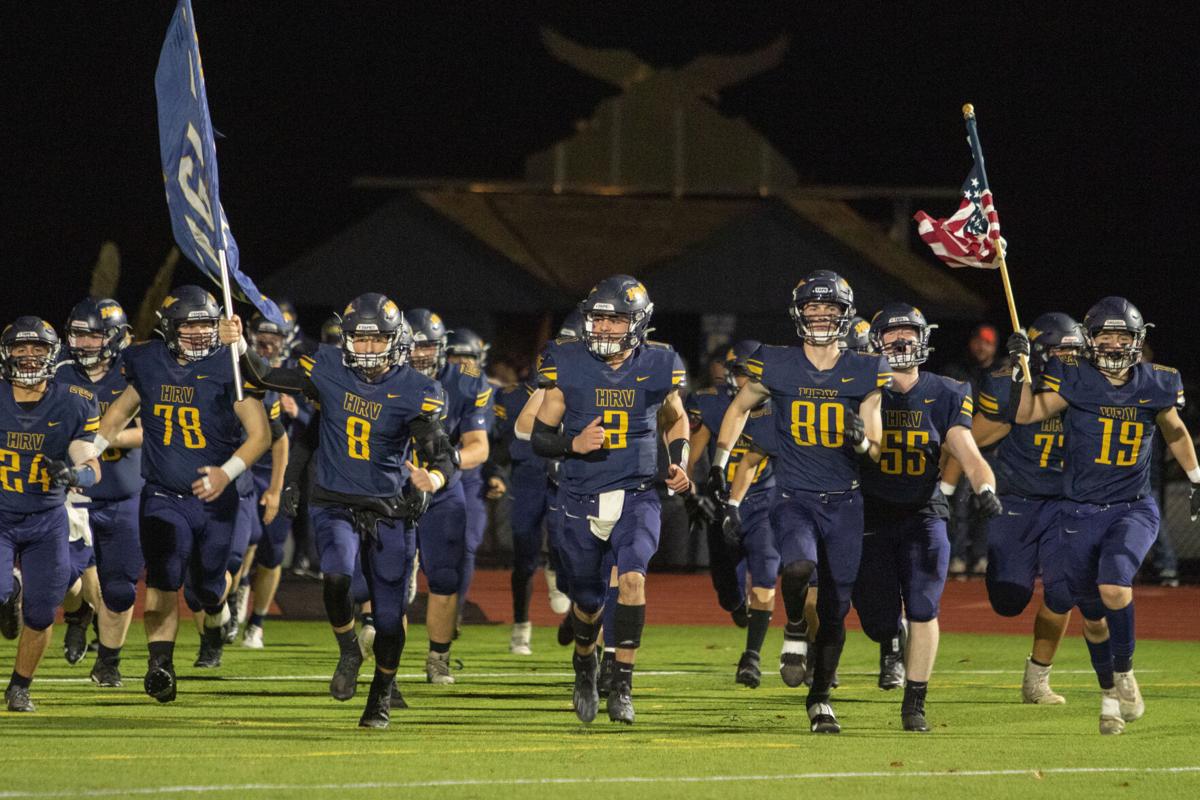 The No. 8 Hood River Valley football team runs onto the field before their matchup with No. 9 South Albany Redhawks. 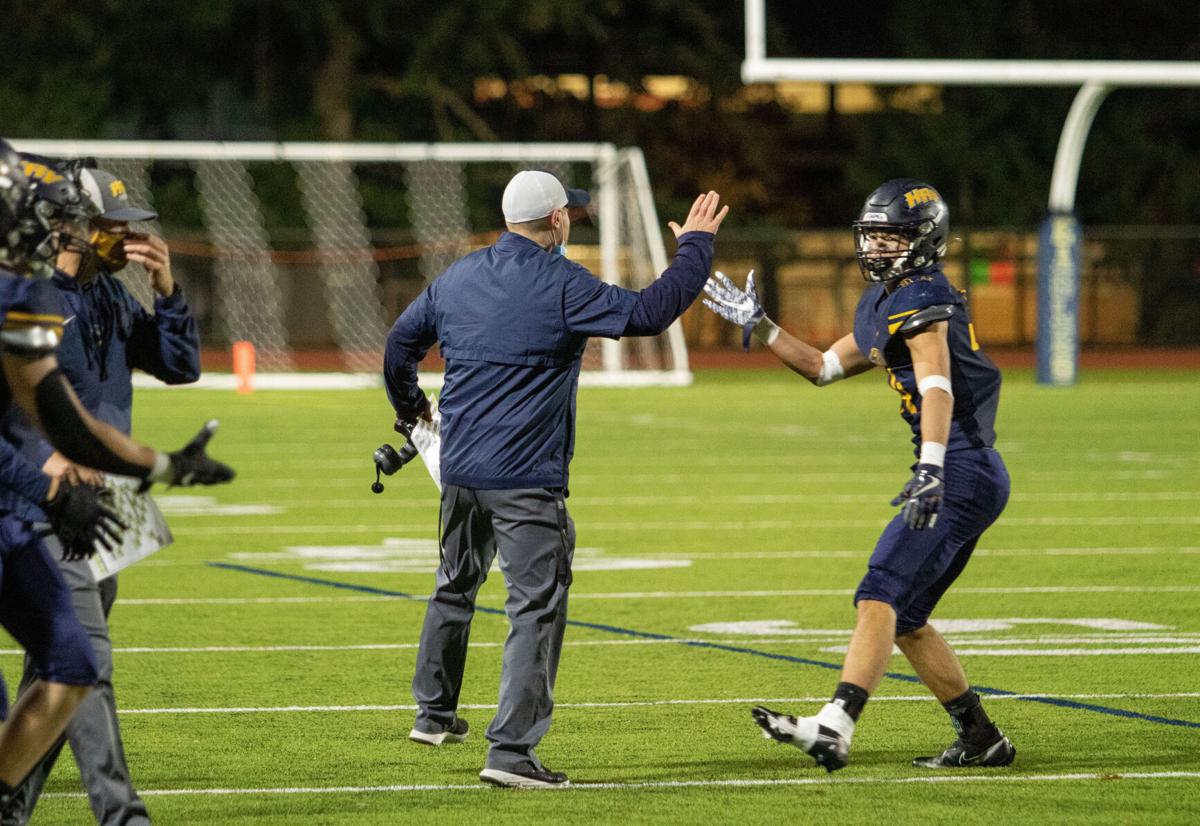 Coach Jeremy Dyal celebrates after his team stopped South Albany on fourth down to get the ball back.

Quick-hitting Hood River Valley scored two touchdowns within a minute late in the first half, erasing a 7-6 deficit, enroute to a 19-7 Class 5A state football playoff win Friday at home against South Albany.

The Eagles (9-1) trailed 7-6 before embarking on a 12-play, 60-yard drive late in the second quarter. Quarterback Trenton Hughes scored on an 11-yard run giving Hood River a 12-7 lead. South Albany ran three offensive plays on its next possession and a short punt gave Hood River the ball back at the RedHawks’ 30. Hughes threw to the end zone on the next play and Mason Spellecy used his 6-foot-3 frame to outleap a South Albany defender for the score and a 19-7 lead.

Hood River scored first in Friday’s game when Hughes connected with Buckley on a 10-yard pass less than two minutes into the contest. South Albany took the lead after a Hood River turnover gave the RedHawks the ball at their 30. Quarterback Kaden Younger connected on successive pass plays with DeShawn Gilliam – the second went for a 30-yard touchdown.

Hood River advances to the quarterfinals to play Nov. 12 at top-ranked Wilsonville (10-0). The Wildcats beat No. 16 seeded Churchill, 42-14, in Friday’s first round.