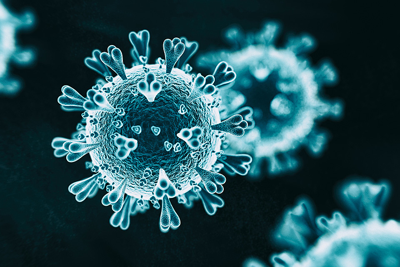 North Central Public Health District (NCPHD) has found a significant amount of Wasco County’s recent spike in COVID-19 cases is due to Thanksgiving gatherings, according to a press release from the district.

A steady single-digit amount of cases were reported in the six days after the holiday. Then a double-digit increase began, reflective of the typical roughly five-to-seven-day timeframe from date of infection to onset of symptoms, NCPHD reported.

Enough time has passed since Thanksgiving that NCPHD is now seeing people who got infected from someone who themselves got infected at a Thanksgiving gathering, said Tessa Yoo, a COVID disease intervention specialist for the health district.

A handful of people attended Thanksgiving gatherings while they were mildly symptomatic, said Jeremy Hawkins, an epidemiologist for NCPHD.

But others only developed symptoms or tested positive a day or two after Thanksgiving.

“In general we think people are capable of spreading the virus up to 48 hours prior to when their symptoms start,” Hawkins explained. He noted the incubation period is 14 days after exposure, so the fallout from Thanksgiving itself could be experienced through this Thursday, Dec. 11.

The health district has received a significant amount of calls from people who said they were exposed to someone on Thanksgiving and are inquiring about testing.

Yoo said she has had a lot of people who test positive tell her they believed they just had a cold. “I feel like a lot of people don’t realize you don’t have to be super sick to have COVID,” she said.

Vaccines for COVID are on the horizon, but it is expected to be well into next year before they will be available for the general public. It is critical to continue wearing a mask, keeping distance from others, washing hands, avoiding being in poorly ventilated areas with others, and staying home when sick, the NCPHD stated.