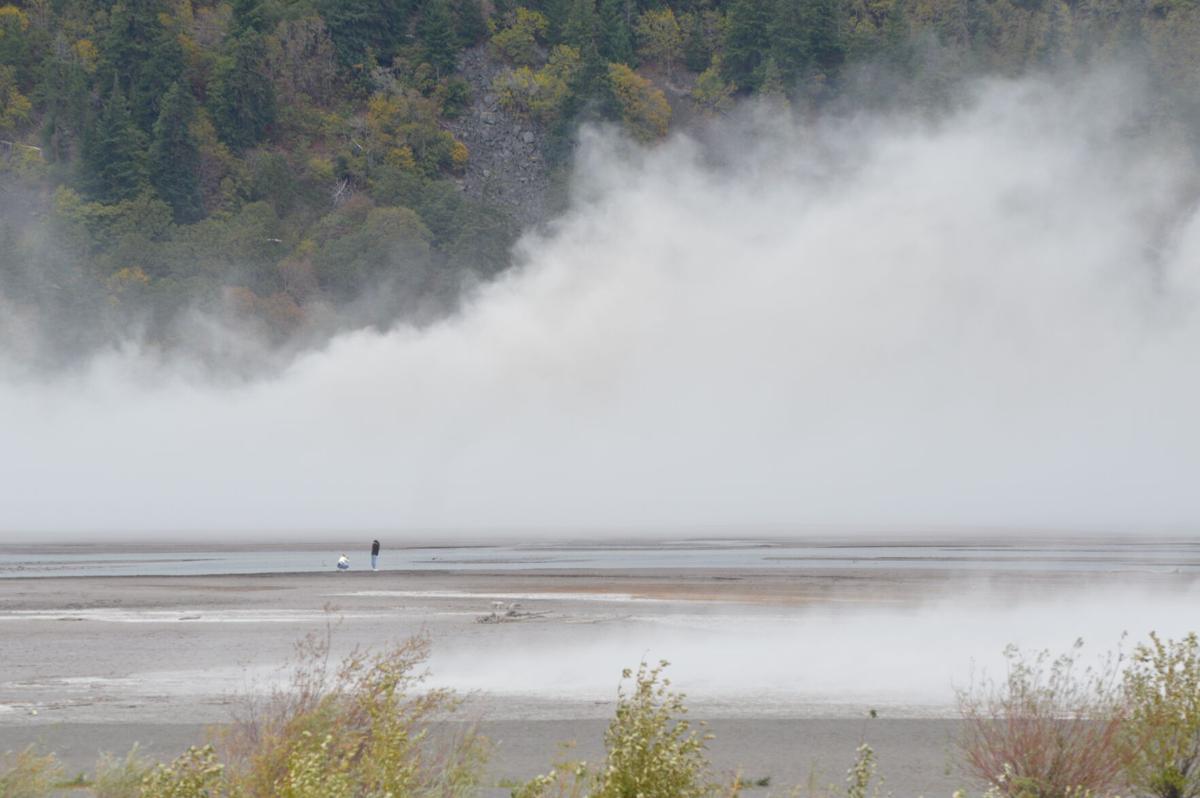 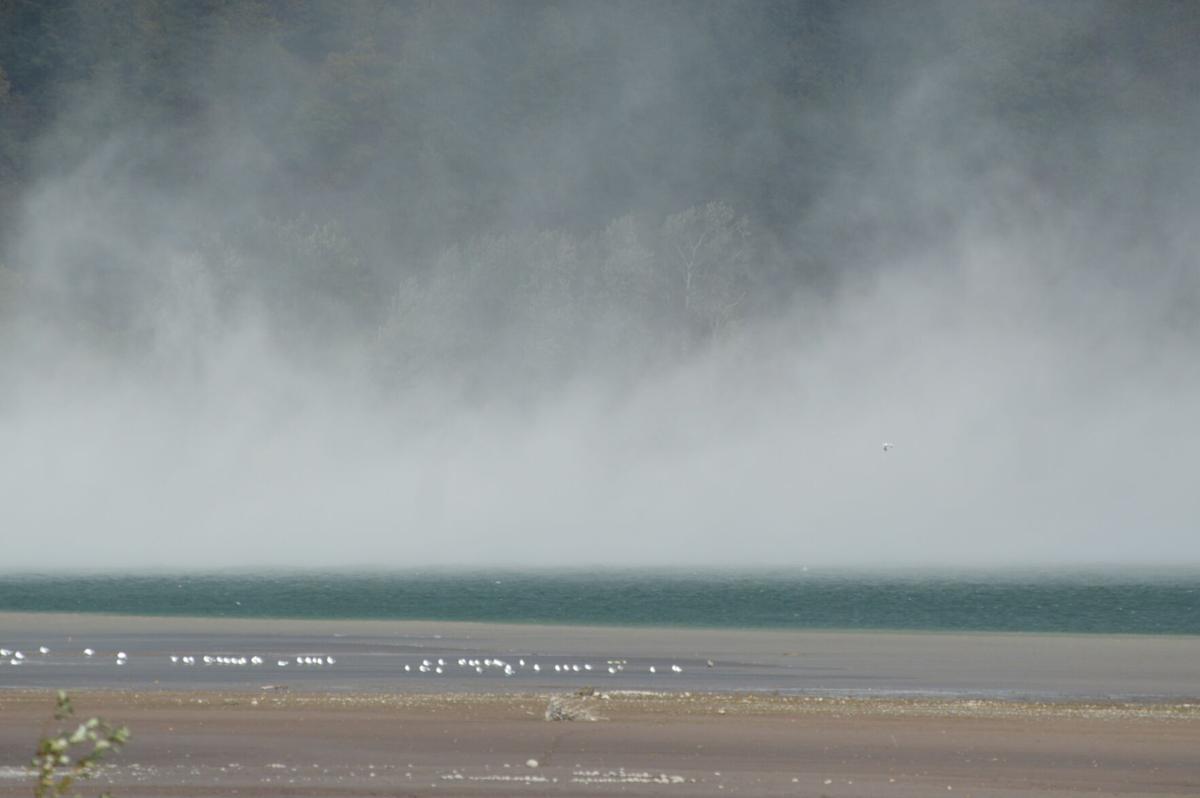 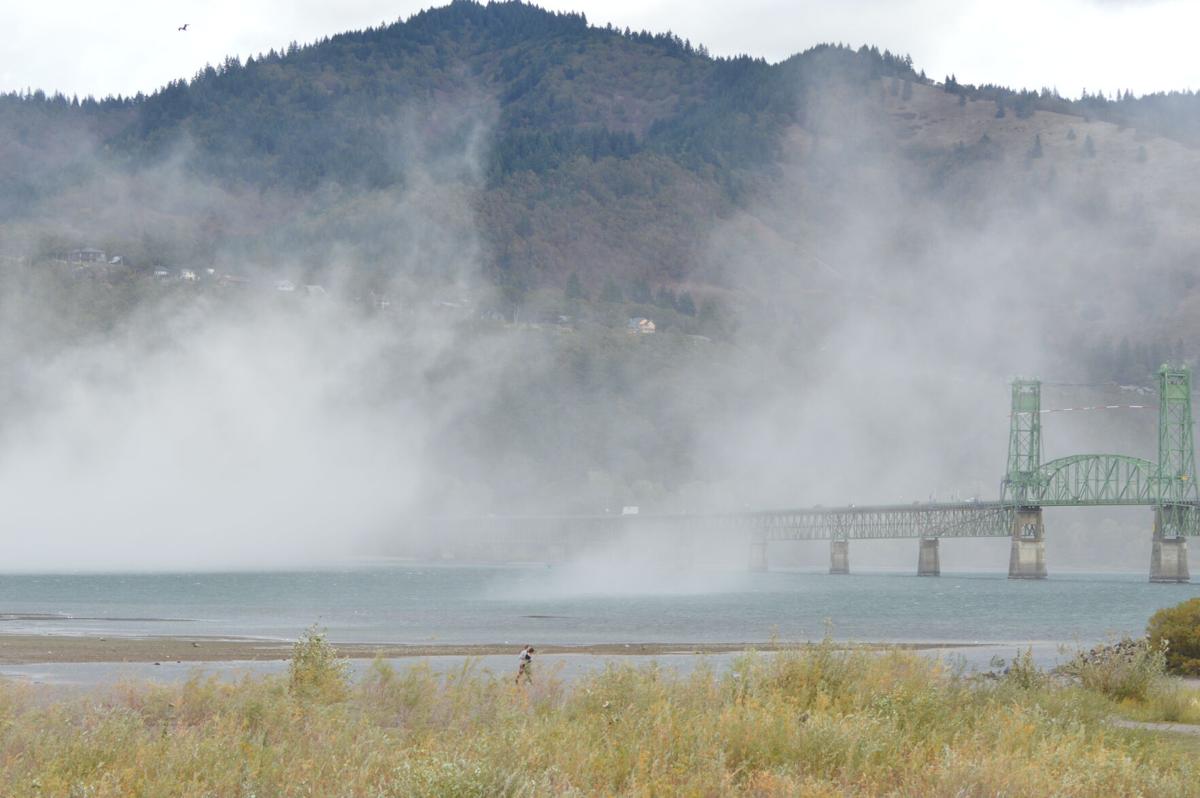 A rare dust event obscures the Washington side of the river Monday in these images taken from Hood River Marina beach at about 1:30 p.m. The plume covers part of Hood River bridge, and walkers on Marina Beach are framed against the plume. A parfait of dust, green river water, and beach strata adds drama to the event, which lasted for several hours. High east winds blowing straight west picked up silt from the Hood River Sandbar and created a wall of smoke-like sand that stretched all the way to Hood River bridge. The cloud was thick enough on the crossing that cars were observed turning on their headlights. Port officials said over the years winds have occasionally created dust clouds from the Sandbar and other surfaces, but not in the size, density and duration of Monday’s silt cloud “storm.” Corps of Engineers had drawn down the Columbia River in recent days, exposing more of the Sandbar to sun and wind, and the way the dust stayed aloft suggested it contained lighter silt material deposited by glacial runoff from Mt. Hood in early fall. Kirby Neumann-Rea photos