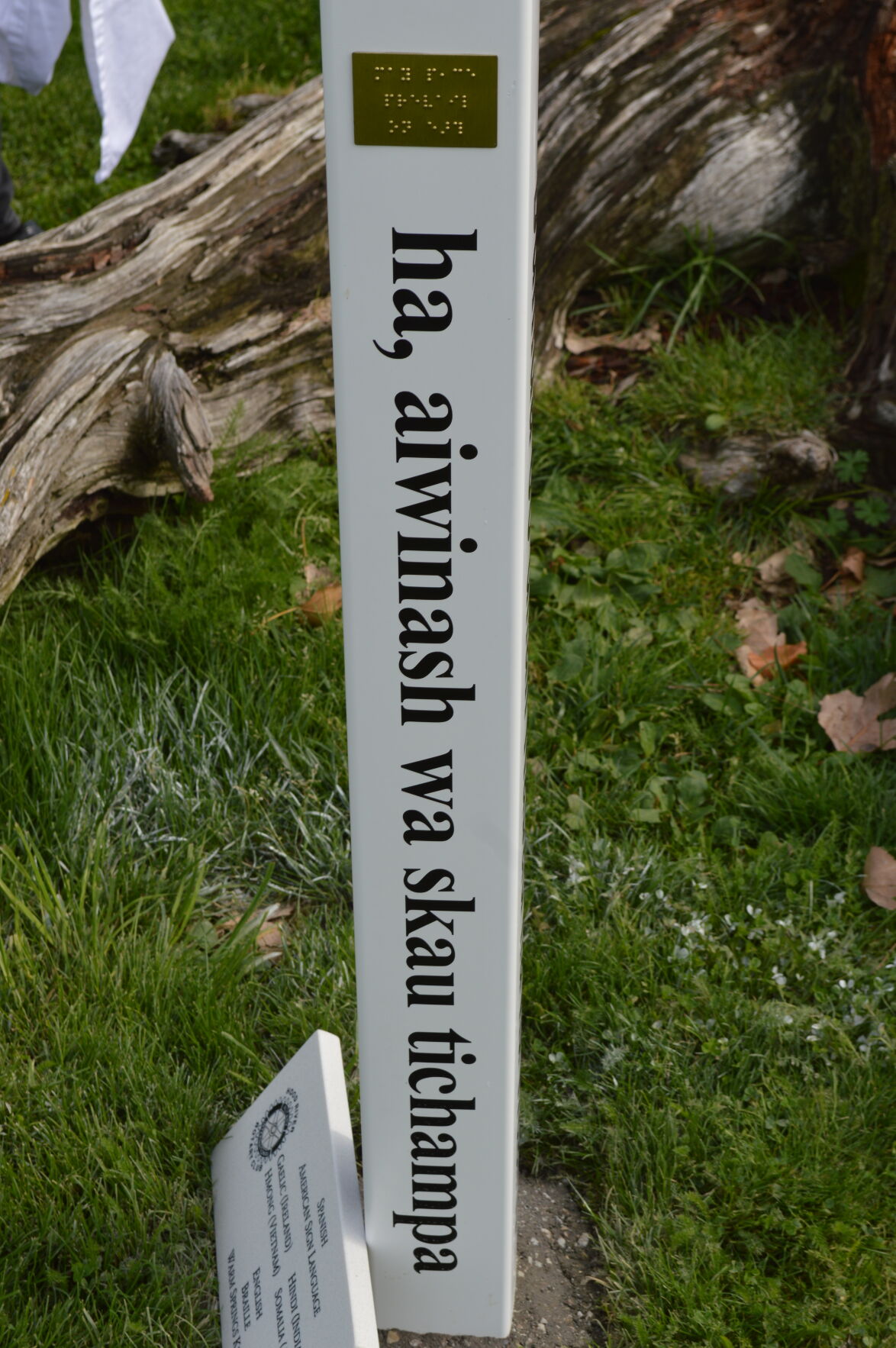 The Peace Pole above now stands at Waterfront Park in Hood River. Kitscht language of the Columbia basin, and Braille, are among the featured languages. 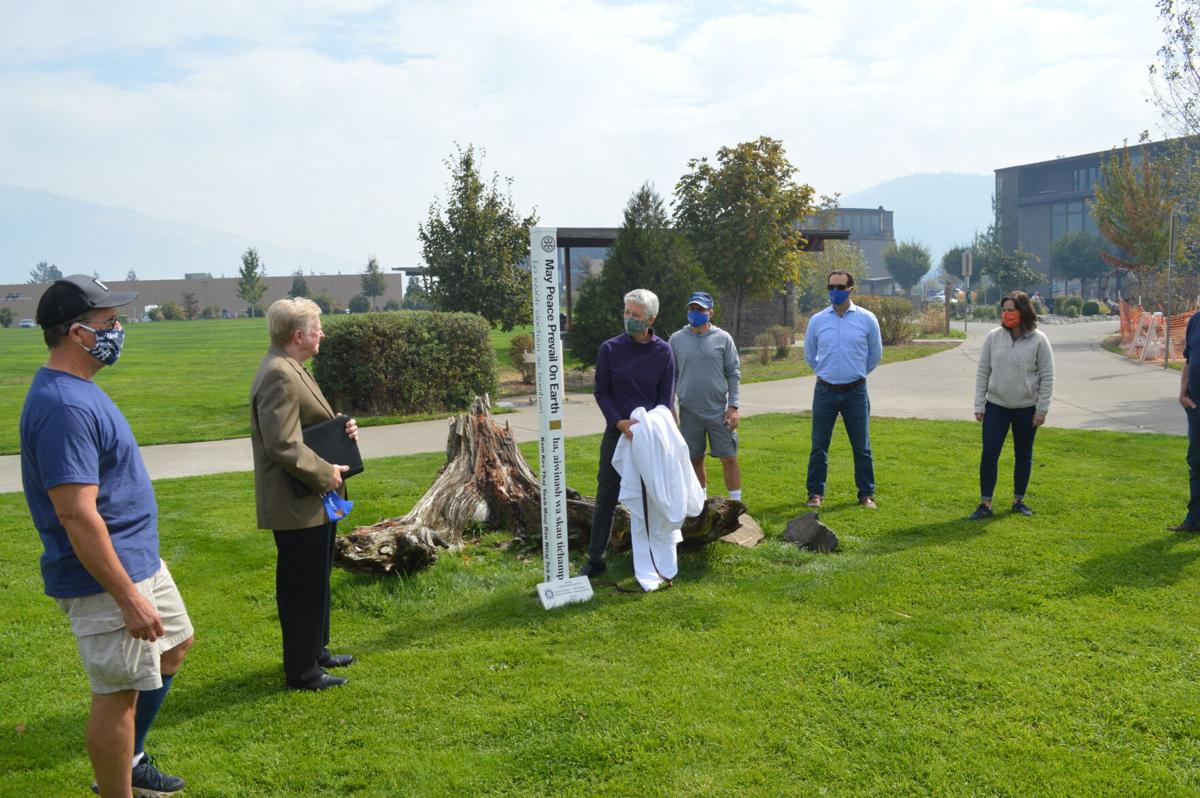 The Peace Pole above now stands at Waterfront Park in Hood River. Kitscht language of the Columbia basin, and Braille, are among the featured languages.

May peace prevail on earth.

From four sides, in nine languages, the message stands at the center of Hood River Waterfront Park.

The seven-foot white pole, with black lettering, joins four others sponsored over the past three years by Hood River Rotary International club, and the Peace Committee chaired by Rotarian Steve Schmidt.

The pole contains several languages new to any Hood River Rotary pole: Gaelic, Somali and Hmong, along with Hindi. Schmidt said this is in honor of Democratic vice presidential nominee Kamala Harris, whose mother is a native of India.

Also new this year is the regional indigenous language Kiktscht. Schmidt asked Arlita Rhoan, a Warm Springs tribe member, to translate “as close as possible” to the peace phrase.

About 20 Rotarians and city officials, including City Manager Rachael Fuller, attended the event. Before McBride pulled away a sash binding the cloth draped on the pole, Schmidt joked that “we do this unveiling without scissors.”

The local club pays for part of the cost of the poles, but the Jubitz Foundation subsidizes them all around Rotary District 5100, encompassing most of the Northwest. An explanatory plaque will be placed in concrete later.

“Thank you to Rotary. We get a lot of traffic down here, local and tourists,” McBride said. “It reminds everyone that peace is what brings us together.”

Schmidt also presented McBride with a certificate stating that 10 trees will be planted in honor of the new pole, as part of the Rotary Peace Pole Project.

“We thank you for asking us and for getting it installed, It was no work for us, and very much appreciated,” McBride said.

Schmidt added, “I think it’s really going to draw some attention and maybe provoke some thoughts about how people can be part of peace in their home, maybe their community, eventually their nation, and who knows, peace on earth is eventually the goal.”

The pole joins others at Nichols Basin, Hood River Library (Oak Street stairs), and Nichols Basin. The dedication at last year’s addition, at Children’s Park, featured a short talk by a Brazilian Rotary exchange student, in Portugese, part of Rotary’s tradition of adding the language of that year’s visiting Rotary student. Due to COVID-19, no exchange student is living in Hood River this year. Schmidt said he is working with Hood River County School District to place the next pole at Hood River Valley High School, after students are back to on-site learning.

(A similar pole exists adjacent to Brick Stratton Park, just above the Overlook Memorial Fountain park on State Street, but it was placed before Rotary started its installations.)