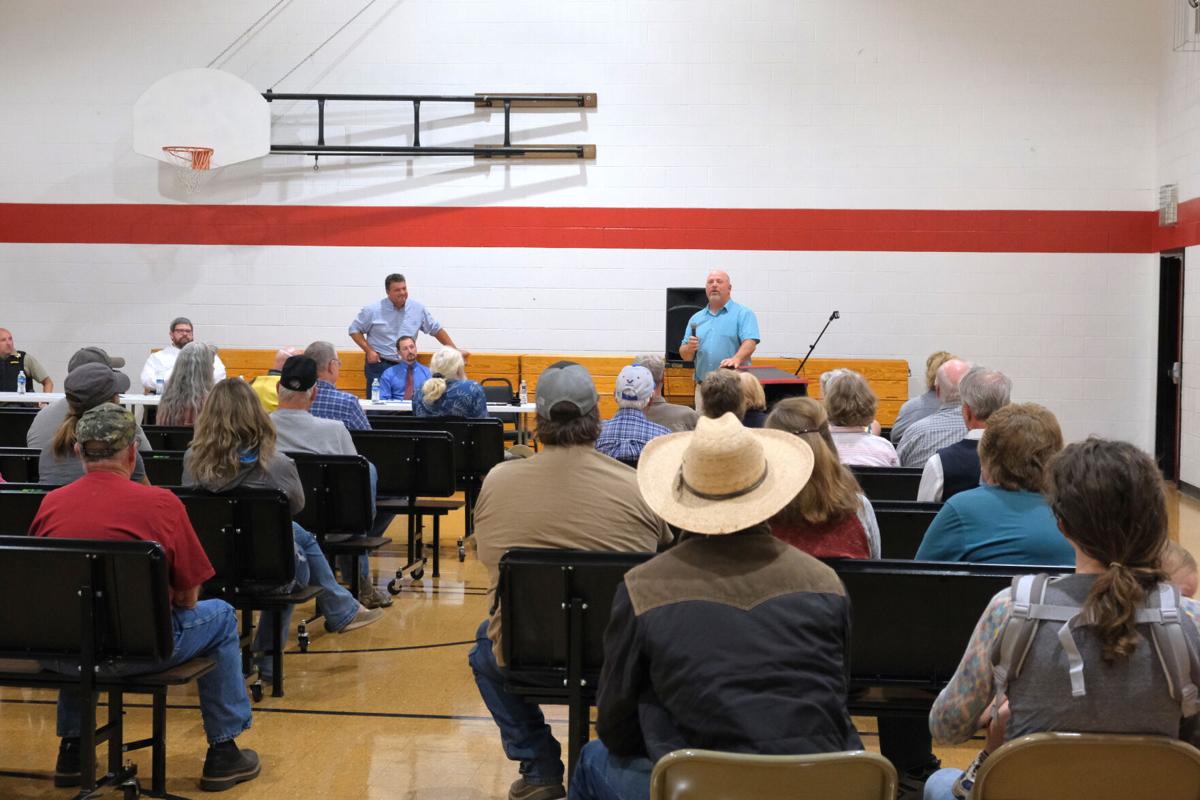 Commissioner Dan Christopher addresses the public during a hearing on the Tract D land dispute. 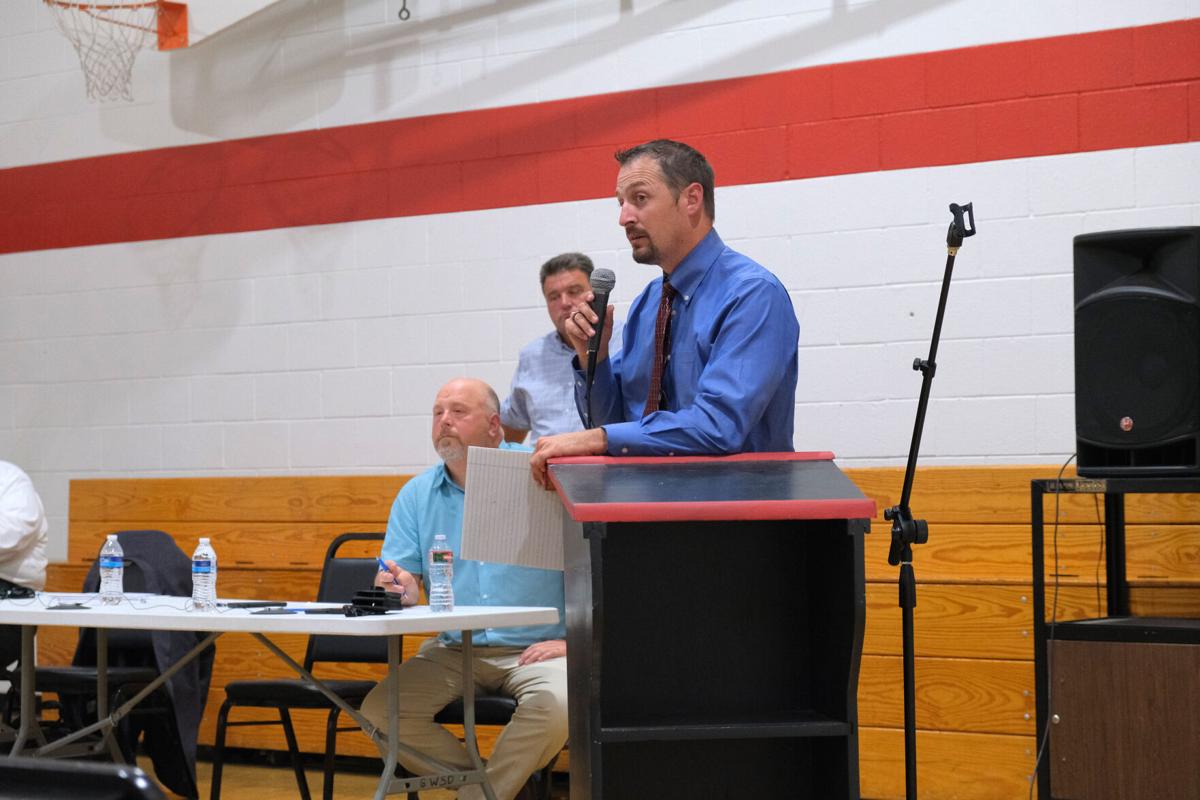 Commissioner Jacob Anderson speaks to how the county should handle the lawsuit. 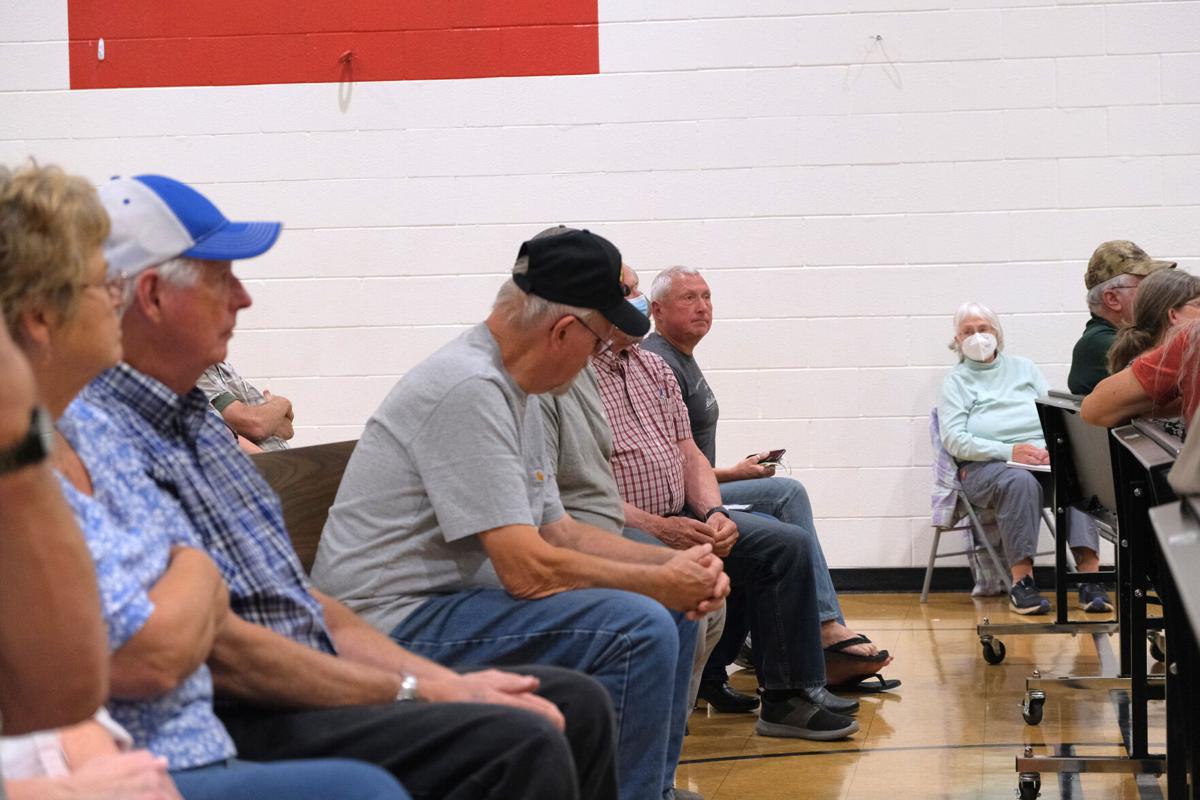 A Glenwood resident voices concerns about the ruling.

Commissioner Dan Christopher addresses the public during a hearing on the Tract D land dispute.

Commissioner Jacob Anderson speaks to how the county should handle the lawsuit.

A Glenwood resident voices concerns about the ruling.

Klickitat County will make one last stand to seek a favorable ruling in the Tract D land dispute.

In a split 2-1 vote last Tuesday, the Klickitat County Board of Commissioners signified their intent to appeal their case to the U.S. Supreme Court.

A ruling made in June by a three-judge panel of the U.S. Ninth Circuit Court of Appeals favored the Confederated Bands and Tribes of the Yakama Nation in a boundary dispute that affirmed the tribe’s jurisdiction over criminal matters in the Glenwood Valley and the 121,466-acre area known as Tract D.

While disagreements over the tribe’s exact boundary have persisted over the last century, the latest dispute is one that focuses on criminal jurisdiction.

Prosecuting Attorney David Quesnel said a petition for a rehearing through a full panel of judges in the lower court was dismissed last week, leaving the county with only the U.S. Supreme Court as an option for a further hearing.

Commissioners Dan Christopher and Dave Sauter both voted in favor to petition the government’s highest court. Sauter had been vocal in his belief that the county should take the case as far as it can go, and to settle the issue once and for all.

Commissioner Jacob Anderson sided against taking the case to the U.S. Supreme Court for a few reasons, and as the recently appointed liaison to the tribe, much of his argument was based on building trust between the neighboring authorities as the most positive thing the county could do to support its residents living with Tract D.

Considering that an extension of the dispute could take years for a final outcome, Anderson said “we’ve got to get over it and move on and start working together.”

Anderson also said the county has not seen support from the state on the case “like they used to. And that says a lot.”

Christopher said during last Tuesday’s meeting that he had been on the fence, but ultimately decided to vote in favor of appealing the case further. For Christopher, he said he believed it would be an expensive matter, and that the county may not have much of a chance in court to win, but as he came to understand how the case came about, it became more of a personal matter for him.

“I had to think; I don’t live here, I live in Centerville… If I lived here, and if I had a teenaged daughter, it’s a little different. Let’s just say my opinion has changed,” Christopher said.

The current dispute arose in 2017, when the Klickitat County Sheriff’s Office arrested an enrolled Yakama tribal member, a minor at the time, and charged him with the rape of a minor after arresting the then-17-year-old boy near Glenwood, on the disputed land. The minor was processed through the Klickitat County Prosecuting Attorney’s Office and later sentenced to seven to 18 months in a juvenile detention facility.

Months later, the tribe sued the county Board of Commissioners, as well as the Prosecuting Attorney’s office and the sheriff’s office over the arrest and prosecution of the minor, asserting their jurisdiction over criminal offenses pertaining to tribal members.

According to Klickitat County Prosecuting Attorney David Quesnel, the minor served his sentence. Since double jeopardy does not apply to two sovereigns, Quesnel said the tribe could prosecute and investigate the case themselves, but has not to his knowledge.

For that reason, Quesnel, who was named as one of the defendants in the lawsuit in his official capacity, vigorously stated his case for appealing the ruling under the Supreme Court during a public hearing two weeks ago. He also cited a fire started “by a uniformed Yakama Nation police officer” a couple years ago, targeting the Hell Roaring Irrigation facilities located within tribal boundaries, as reported by The Seattle Times.

“It is extremely unfortunate we have a neighbor that is taking every avenue possible to blackmail and extort and cause further divisions within this community in order to get us to capitulate,” Quesnel said at the meeting. “We have one avenue left to preserve the sanctity of a lot of people’s understanding of how things have worked up here for over a hundred years. We don’t have that opportunity again.”

Under bright lights of the Glenwood School gym, a room full of Tract D residents spoke to why, and why not, the county should proceed with the case.

A majority of residents who spoke at the meeting said they favored an appeal of the ruling. Residents said they were concerned that the tribe may assert their authority in other civil matters should the ruling stand.

“My problem is I don’t know what they would do tomorrow,” one resident said. In response, Board Chair Dave Sauter said that there are many unknowns to how the ruling would play out as it stands. It’s certain, he said, that “there is going to be some joint management” over civil matters.

“There’s going to be a bunch of case law that’s going to have to happen,” he said.

Some spoke to concerns over safety, that they wouldn’t know who to call in case of an emergency requiring law enforcement’s attention — to which, Undersheriff Tim Neher responded saying, when in doubt, “call the sheriff’s office.”

The ruling as it stands grants tribal law enforcement the authority to arrest a tribal member, juvenile or otherwise, over certain criminal offenses that are not made against the state or county, such as a traffic infraction, Neher said. However, he said the sheriff’s office has a good working relationship with tribal law enforcement and the FBI, who shares jurisdiction under Inslee’s 2014 mandate, meaning while the sheriff’s office has a limited jurisdiction within Tract D, they can still respond and collaborate with the proper authorities over crimes suspected to be committed by a tribal member. The tribe or the federal government will then proceed to investigate the crime.

Another main issue Glenwood residents fear would not be resolved is on water rights. “the whole county is dry this year, but it’s a whole lot drier,” one resident said.

According to the treaty, Sauter said, water rights are within the tribe’s jurisdiction, which would mean they may have some say in what permits are granted, however that has yet to be played out.

As to irrigation, which has been a contentious issue within the Tract D area for years, ranchers said they are concerned for how their work may continue with the ruling. Some years ago, the tribe shut the irrigation company’s access to the late summer creek and continues to do so each year.

Despite the concerns to the valley’s access to irrigation water, Hell Roaring Irrigation Company manager Harry Miller called for the county to drop the issue and let the ruling stand. “I think you’re going to be very hard pressed to find a favorable ruling,” he said.

Anderson cautioned residents to consider potential consequences appealing the case to Supreme Court would have on the county’s relationship with the tribe and the lingering effects it would have on decision-making and collaboration.

Even though residents may find themselves under different process, whether a resident lives within the exterior boundaries of the tribe does not change that we all live together in the community, Anderson said.

“People successfully live within reservations,” he said — tribal councilmembers are “the same as you, the same as me.”

Many agreed that letting the ruling stand might give the tribe a better opportunity to sit down at the table and make decisions with county officials.

“I would rather sit here over a case of beer and talk about how we can get these issues hammered out so everyone’s happy, than deal with it in the courts,” one resident said.

County officials confirmed they had not asked the tribe to sit in on the meeting.