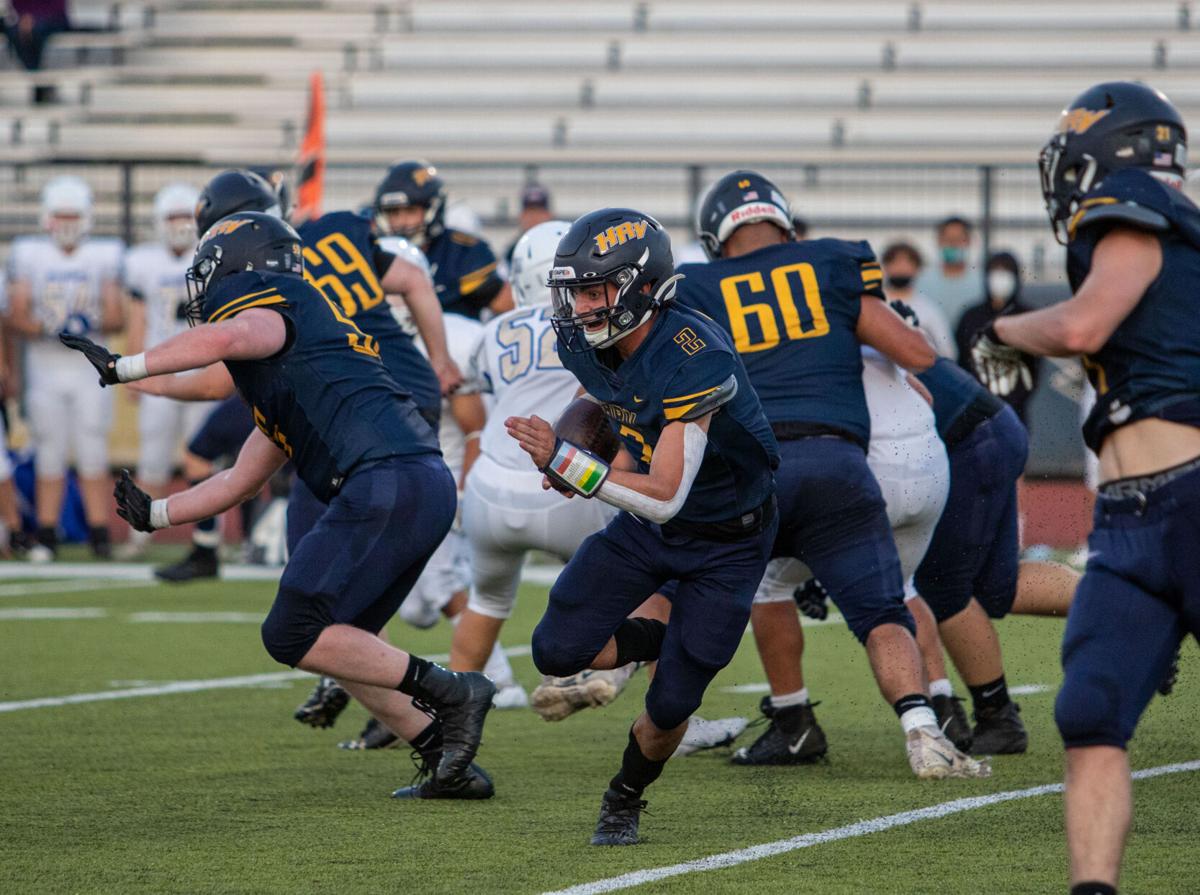 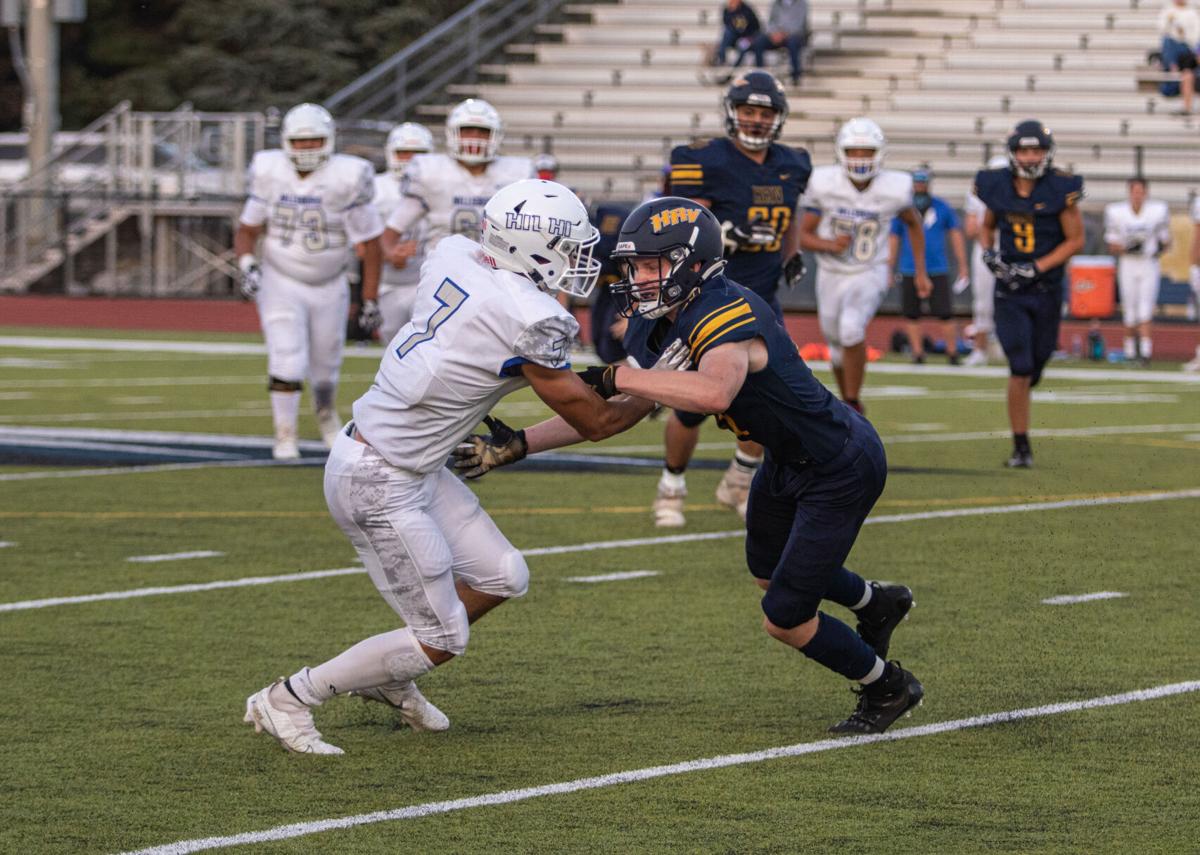 Defensive back Ryles Buckley tackles a Hillsboro receiver en route to a 42-6 victory over the Spartans on Sept. 2.

Defensive back Ryles Buckley tackles a Hillsboro receiver en route to a 42-6 victory over the Spartans on Sept. 2.

The Hood River Valley Eagles football team opened their 2021-2022 campaign exactly how they ended their previous one:

A convincing victory over Hillsboro.

Last season Henry Buckles, Emilio Casteneda and Tanner Fletcher led the Eagles. Buckles and Casteneda anchored the offensive line, while Fletcher dominated running the ball. This summer Eagles Head Coach Caleb Sperry was tasked with trying to replicate a rushing game that led the state last year. On Thursday the Eagles defeated Hillsboro 42-6. They entered the game a much different team, but managed a the same result.

Hillsboro received the opening kick and took advantage of the Eagles anxious energy. The Spartans pre-snap count drew the HRV defensive line offsides on a fourth down attempt, giving them a fresh set of downs inside the Eagle territory.

Hillsboro remained patient in the opening drive. The Spartans took almost seven minutes off the clock in the first quarter. Hillsboro scored first, but missed the extra point attempt. That would be the first and last time they would score.

Frustrated with the players lack of focus, coaches reminded them how hard they have worked over the past month in preparation for this game. A fresh sense of motivation, the Eagles lined up to return the Hillsboro kickoff. Senior Trenton Hughes caught the kick and scored an 81-yard kickoff return touchdown. He zigzagged his way through the Spartan defense and down the sideline to shift momentum in the Eagles favor. Celebrations were brief as a penalty flag after the play raised concerns. The officials convened and decided that the Eagle score would stand. HRV entered the second quarter with a slim 7-6 lead.

Starting tailback Shaw Burns impressed for the Eagles. Fletcher’s predecessor, he tallied 95 yards rushing on 11 carries for two touchdowns. The 6-foot-1 junior attacked the outside with speed and capitalized on the receiving opportunities thrown his way. He was a frequent visitor to the end zone with three total touchdowns.

With last year’s seniors now graduated, the Eagles offense is in the hands of Hughes and a new offensive line. Senior linemen Rolando Flores and Alex Whitaker will play key roles in protecting the passer and opening lanes for runners.

The Eagles’ starting quarterback Hughes was an efficient passer, throwing two touchdowns on 66 percent passing. But the offensive production was overshadowed by penalties and questionable discipline.

The lack of focus cost the Eagles field position and gave Hillsboro additional downs. Hillsboro struggled to compete with the Eagle defense.

Overthrown passes or dropped balls plagued the Spartans. In the second half, most of the Hood River starters were taken out to give others an opportunity to play. Junior quarterback Michael Frost handled the offense majority of the fourth quarter.

Looking forward, the Eagles play Scappose at home next Friday, Sept. 20. In their opening game, Scappose defeated Parkrose by a score of 63-0.

The Eagles will need to execute better on offense and defense if they want to stay unbeaten.