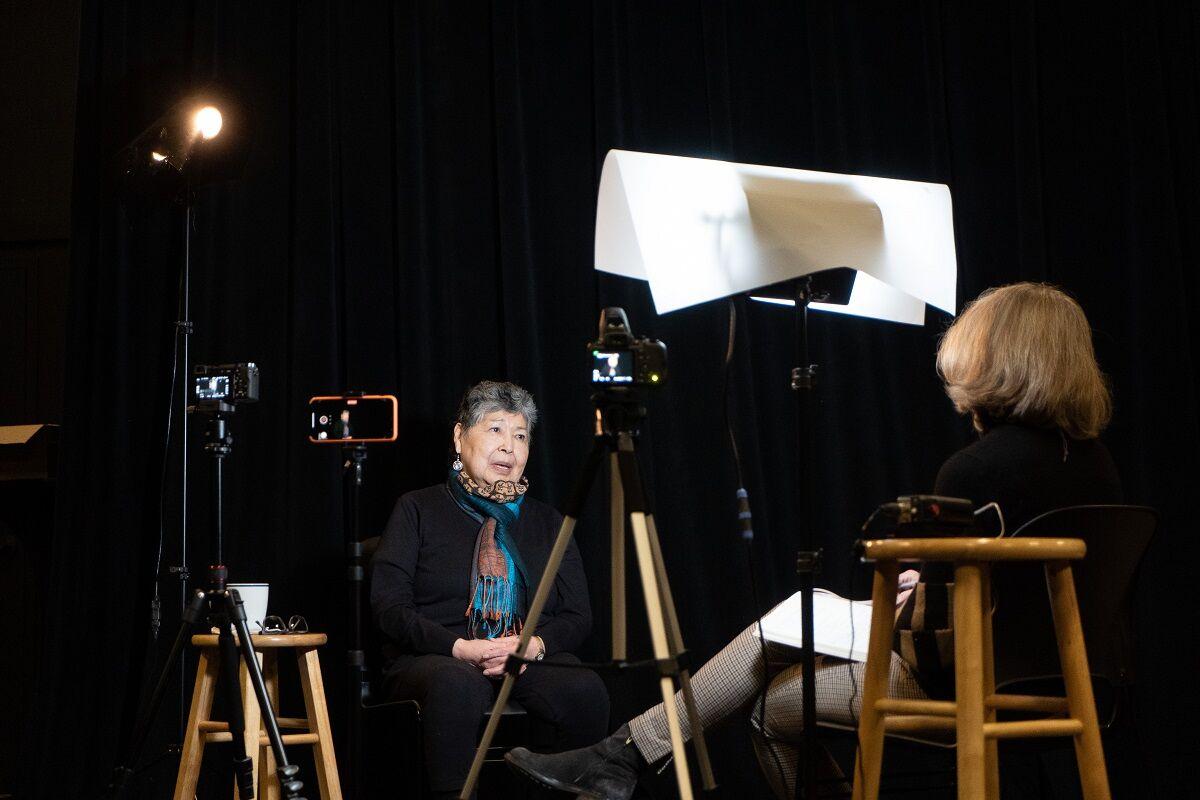 Lillian Pitt, above, speaks with Leith Gaines. At left, gallery patrons chat next to a cast crystal sculpture. 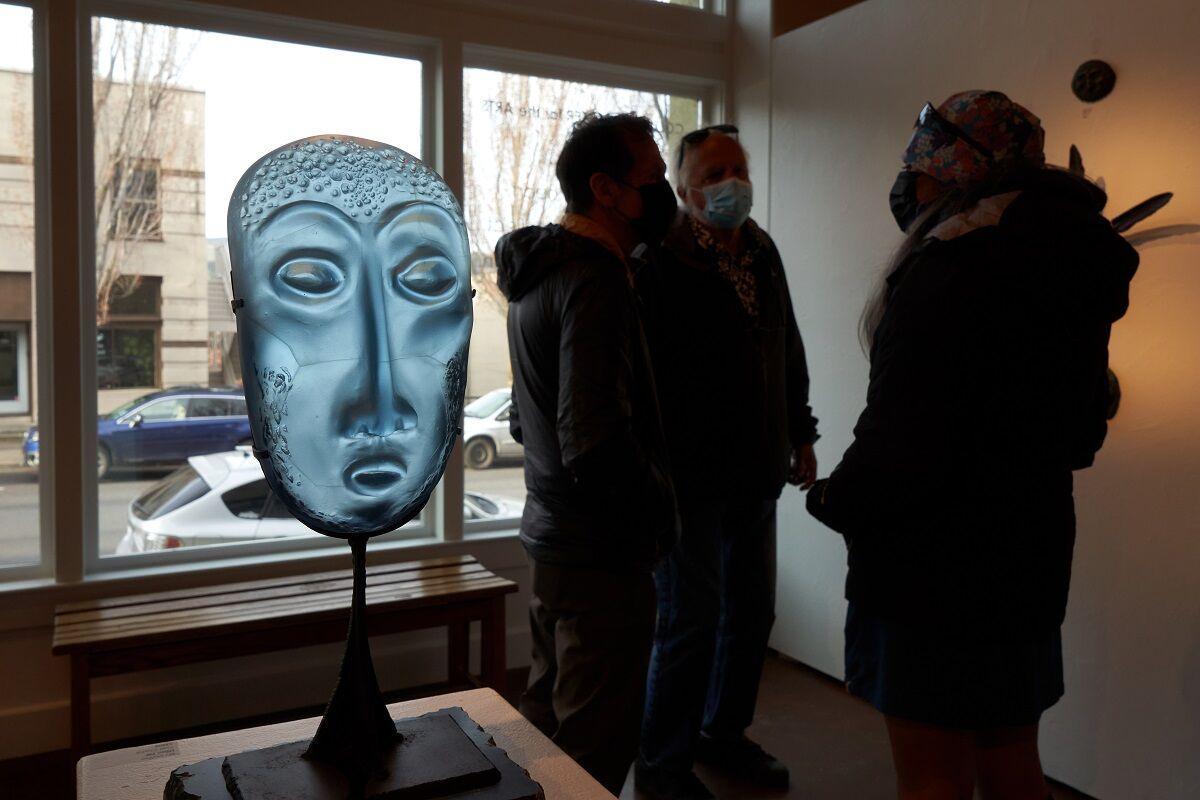 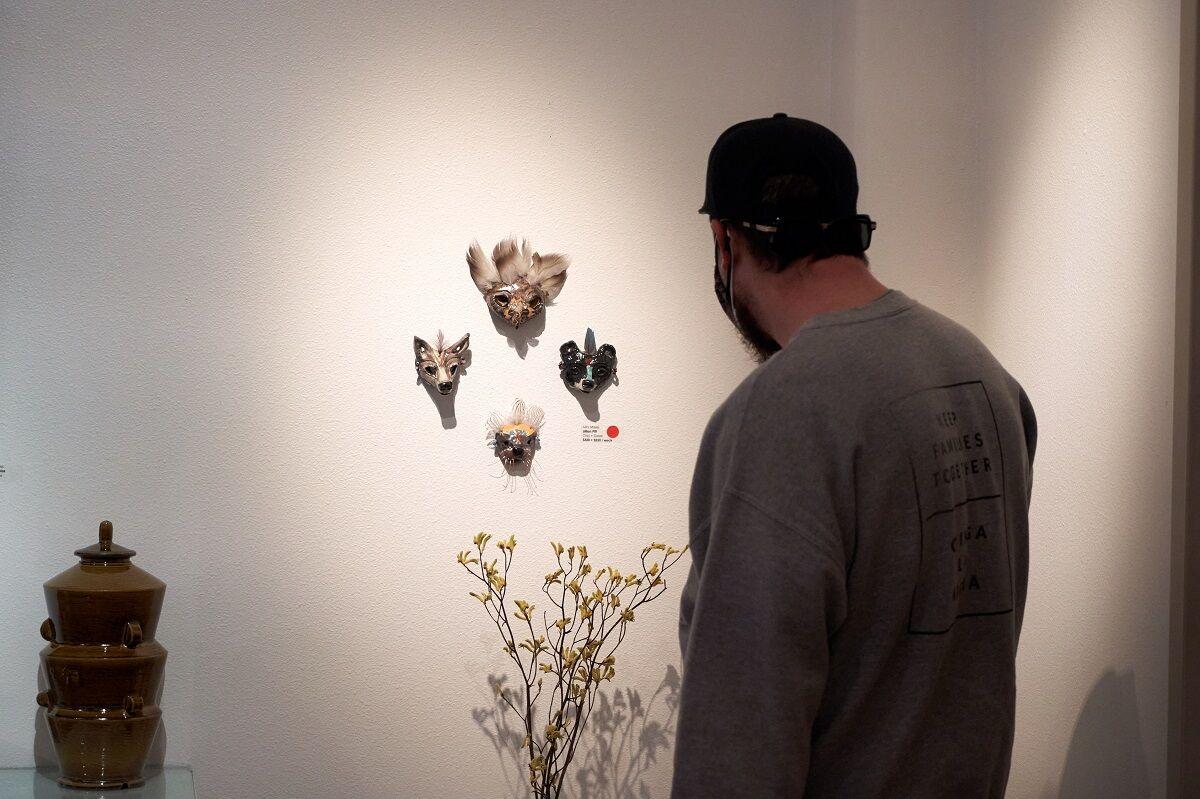 Pitt, who is descended from Wasco, Yakama and Warm Springs tribal heritage, said the show’s title references thousands of years of indigenous art in the region.

Pitt, who is descended from Wasco, Yakama and Warm Springs tribal heritage, said the show’s title references thousands of years of indigenous art in the region.

CCA Executive Director Leith Gaines said some donors questioned whether receptions should return, but health authorities said CCA’s plan was safe. Gaines said it was exciting to have people back in the gallery, she hopes First Friday receptions will continue. “It’s all up to COVID,” she said.

According to a CCA press release, the pieces in this show “honor the ancient tools and everyday objects made of basalt and clay — relics used in everyday life for centuries, and still used today.”

“I do so many different things. Usually at the inspiration of my friends who say ‘have you tried such and such’ and I say ‘no,’ then they take it upon themselves to teach me,” she said.

Some of the masks on display purse their lips in a whistle. Pitt said these pieces are “Stick Indians,” mythical beings whose whistle guides good people out of the wilderness and lures the wicked further in.