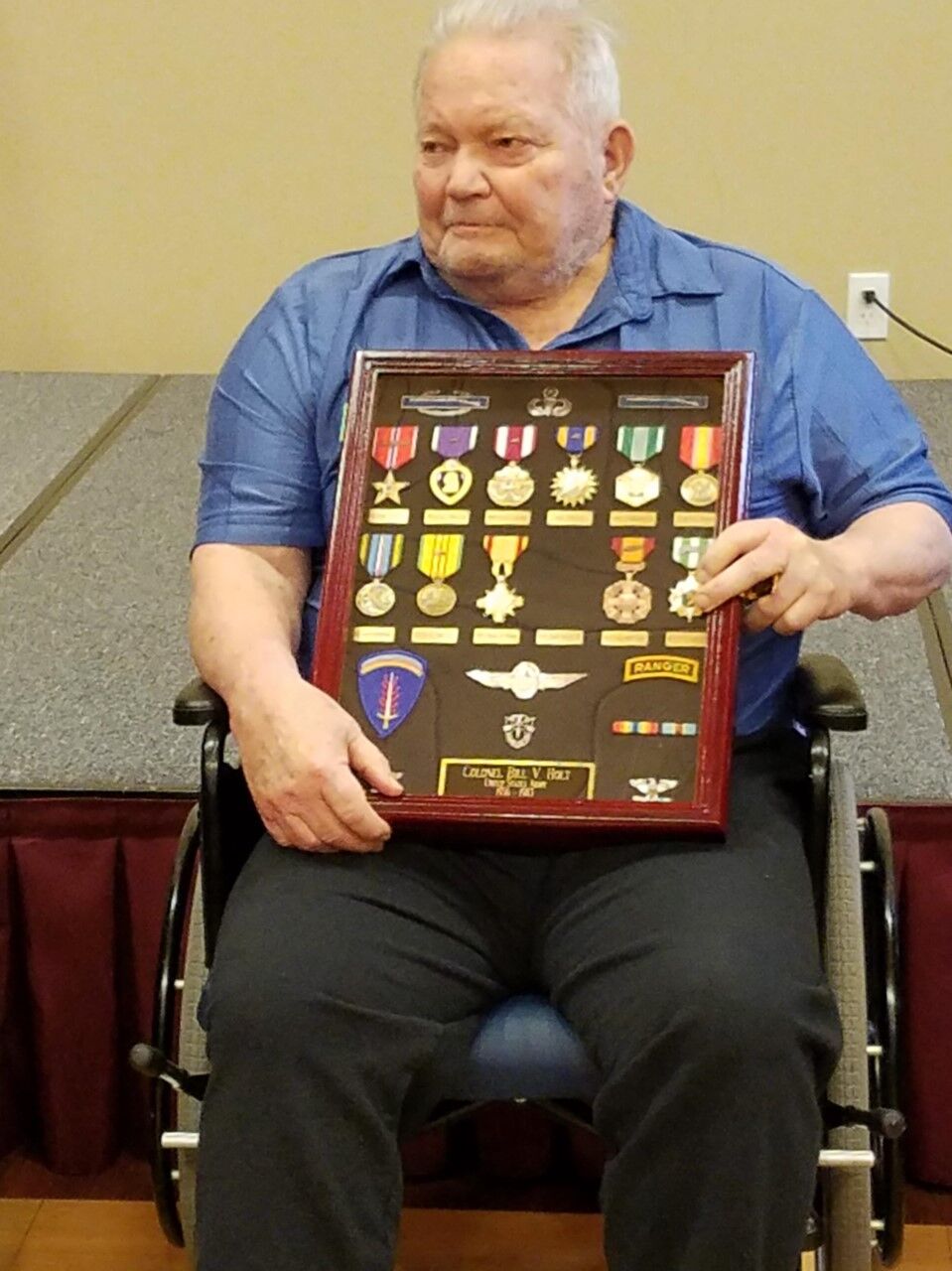 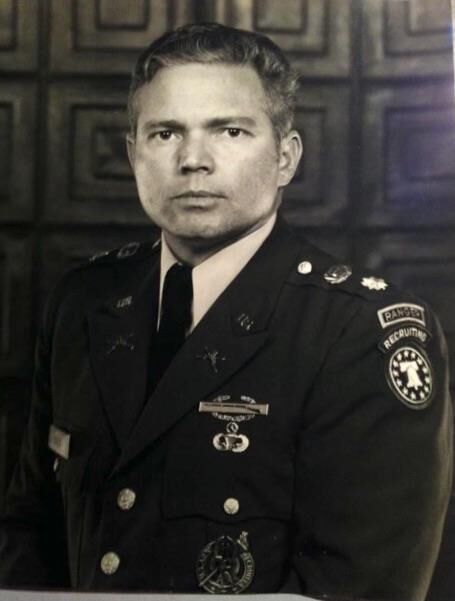 Bill Vaughn Holt passed away at the Oregon Veterans Home on Jan. 6, 2021. He was born Jan. 21,1935, in Mesa, Ariz., the only child of Jack and Thelma (Wood) Holt. His family moved from one dam-building project to another, as Jack supervised construction crews that built most of the dams in the West. At the completion of Hungry Horse Dam in 1952, Bill stayed in Montana so he could graduate from Columbia Falls High School. His parents moved to Oregon for the McNary Dam project, then to The Dalles for the dam project and to build what became the family home for the next 50-plus years.

After graduating from the University of Montana at Missoula and taking ROTC, Bill was commissioned to join the US Army at Fort Benning, Ga. There he met and later married Delores Cherneski, divorcing shortly after his retirement in 1983. During his 30 years in the military, they raised five children as he served in Central America, Europe, the Pacific (Alaska and Panama) and the Pacific Northwest. Alaska remained his favorite post and he returned many times over the years. He even kept a fishing boat in Sitka for several years.

Bill’s distinguished Army career included his best times as a Battalion Commander in Alaska and as Commander of Special Forces and Europe stationed in Bad Tolz, Germany. In Vietnam, he served as a Special Forces Commander in 1965-66 and in 1969-70, and commanded the largest, and at one time, the only US Ranger unit (C/75) in Viet Nam. His unit was featured in the book Charlie Rangers. His awards and decorations include the Bronze Star (three clusters), two Purple Hearts, RVN Medal of honor and RVN Cross of Gallantry.

Upon retiring as a Colonel in 1983, he served as a senior advisor to the Saudi Army before returning to the family home in The Dalles with his widowed mother, Thelma Holt.

In The Dalles, he served on the city council and was instrumental in the lighting for St. Peters Landmark. He met Jan Mlnarik and they were married at Fort Wainwright, Alaska. In the '90s, they built a log home at Wallowa Lake where again, Bill was able to hunt and camp in eastern Oregon. For more than 30 years, they traveled the world and enjoyed retirement, keeping one foot in Wallowa County and the other in The Dalles.

The family would like to thank the dedicated and caring staff at the Oregon Veterans Home for their care and professionalism during his 2 ½ year stay. They kept him and other veterans safe from COVID, but could not shield him from the isolation and loneliness that accompanied the pandemic restrictions. For his last 10 months, his only visits with family were through the window and over the phone.

Bill is survived by his wife Jan of 31 years; his children Brian and Leesa of Salt Lake City and sons Matthew and Derek, Jon and Michelle of Portland and their three children Cinnamon, Rhapsody and Cherry, Dr. David Holt and Marilyn of Reno, Nev., Mark and Lania of Rotorua of New Zealand and children Jessika and Jakeb, and Bryne and Tim Nichol of Hollywood, Fla., children Sophia and Tristan Nichol; and his three stepchildren Scott, Lance and Kelly McNamara.

His ashes will be interred at Willamette National Cemetery with military honors when COVID restrictions are lifted. Some of his ashes will go to Alaska for one final fishing trip.

Donations in honor of Bill may be made to The Oregon Veterans’ Home, c/o Anderson’s Tribute Center, 204 E. Fourth St., The Dalles, OR 97058.

Arrangements are under the direction of Anderson's Tribute Center Celilo Chapel.  Visit www.AndersonsTributeCenter.com to leave a note of condolence for the family.