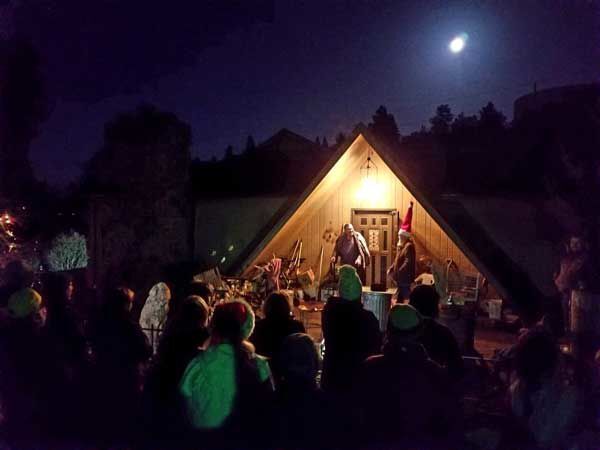 Larry Lange, a long-time Santa in The Dalles, was caroled on Winter Solstice, Dec. 21, 2018, by community members as a “Thank You” from the community. He died June 6.Contributed photo/file 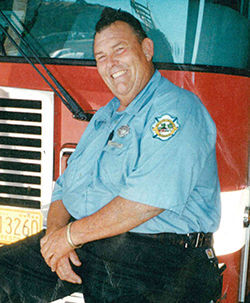 Larry Lange, a long-time Santa in The Dalles, was caroled on Winter Solstice, Dec. 21, 2018, by community members as a “Thank You” from the community. He died June 6.Contributed photo/file

Larry Lange, a well-known fixture in The Dalles who served as a long-time firefighter and Santa Claus, died unexpectedly at his home June 6. He was 73.

He was hired by The Dalles Fire Department in 1965, and retired from Mid-Columbia Fire & Rescue in 2006, following a 41-year career.

He had a landscaping business and had served as Santa Claus until health slowed his movement. He was everybody’s ‘real’ Santa over many years, Mike Ballinger said last year, doing hundreds of appearances at public events and for families. He was given a surprise Christmas caroling at his house last December in honor of his decades-long service to The Dalles as a “very memorable Santa Claus,” Ballinger said at the time.

“For more than a generation, Larry’s enthusiastic generosity in the role of Santa created indelible memories for community members of all ages,” Ballinger said.

MCFR Lt./paramedic Joel Brown said it is rare in the fire service to run across a firefighter whom everyone loves, but everyone who had worked with Lange agreed that “Larry was the most loved, biggest hearted and despite his size, the most gentle firefighter we have ever worked with. Larry, through his actions, taught us a lot about compassion and respect. If these qualities were not enough, he was hilarious to work with as well.”

Brown recounted a story about going to a house fire off Kelly Avenue, where an elderly lady was inside who the firefighters were familiar with because of medical calls. The woman didn’t mentally comprehend that her house was on fire, Brown recounted, and kicked and screamed and yelled at firefighters trying to rescue her.

“She was very small and Larry scooped her right up, flung her over his shoulder in true firefighter fashion and extricated her from the house,” Brown said.

In doing so, her wig fell off, so Lange found it and came up behind her to put it on her, but it wasn’t oriented right, so he spent time twisting it until it was properly in place, he said.

“It was classic Larry, making certain this lady looked good in spite of the chaos that was occurring around us at the moment. Larry Lange stories are legendary and forever woven into the fabric of our fire department and community. He was one of a kind.”

Mark Roth, who hired on at the fire department a few years after Lange and retired in 2014 as a captain, worked the same shift with him for years.

“Larry’s just one of those guys that was tireless. If there was something to do, he did it.”

Lange was “very good with people,” Roth said. On calls, he was “always very courteous, almost to the point of just really loving the people that he worked for. That kind of servant heart.”

Lange was promoted to engineer form firefighter in early 1967, and never promoted up from that, because he wanted to go on calls and didn’t want to be in charge of others, Roth said.

“Larry was stronger than a mule. The man was incredibly strong,” Roth said. He recounted going to a wreck where a badly hurt woman was trapped in a car. This was in the days before extraction tools even existed. Roth was yanking on the door with no success, and said they’d have to get some tools to wedge it open.

“He got this wild look in his eye because this gal is hurt pretty bad and he grabs hold of that door and literally rips it off the car, not just opened it, ripped it off the car, hinges and all,” Roth said.

“But that was Larry, he did all sorts of that kind of stuff throughout his career,” he said.

Lange had his landscaping business before he joined the fire department, and Roth once tried working for him, but couldn’t keep up. “In fact, there were three of us, we couldn’t keep up with him. He could outwork four or five people, it was just amazing.”

Lange did landscaping “for everybody in town. He was good, his designs were very good. He could’ve easily done landscaping as his only business, but he loved being a fireman. He didn’t like it, he loved it; ate and drank it.”

If someone was belligerent on a call, Lange would threaten to sit on them. “He’d say, ‘Well now,’ with Larry’s high voice. ‘Well now, what’s going on here?’ They’d look at this big guy with this high voice.”

When Lange started with the fire department, “he was just a ball of muscles.”

At the fire department, Lange was “always joking around, always smiling, you could always count on Larry to be smiling and keep things going,” Roth said.

He was dedicated to his work, always showing up off-duty when extra personnel were needed.

“He was just one of those guys that was always doing the right thing,” Roth said. “A little bit gullible, like most really good guys; they are gullible and that’s what makes them lovable.”

Roth said, “I think his legacy is truly to help people, and make them happy. That was even his landscaping business. He loved people, he loved doing things for people. If somebody asked him for help, holy smoke, get out of his way.”