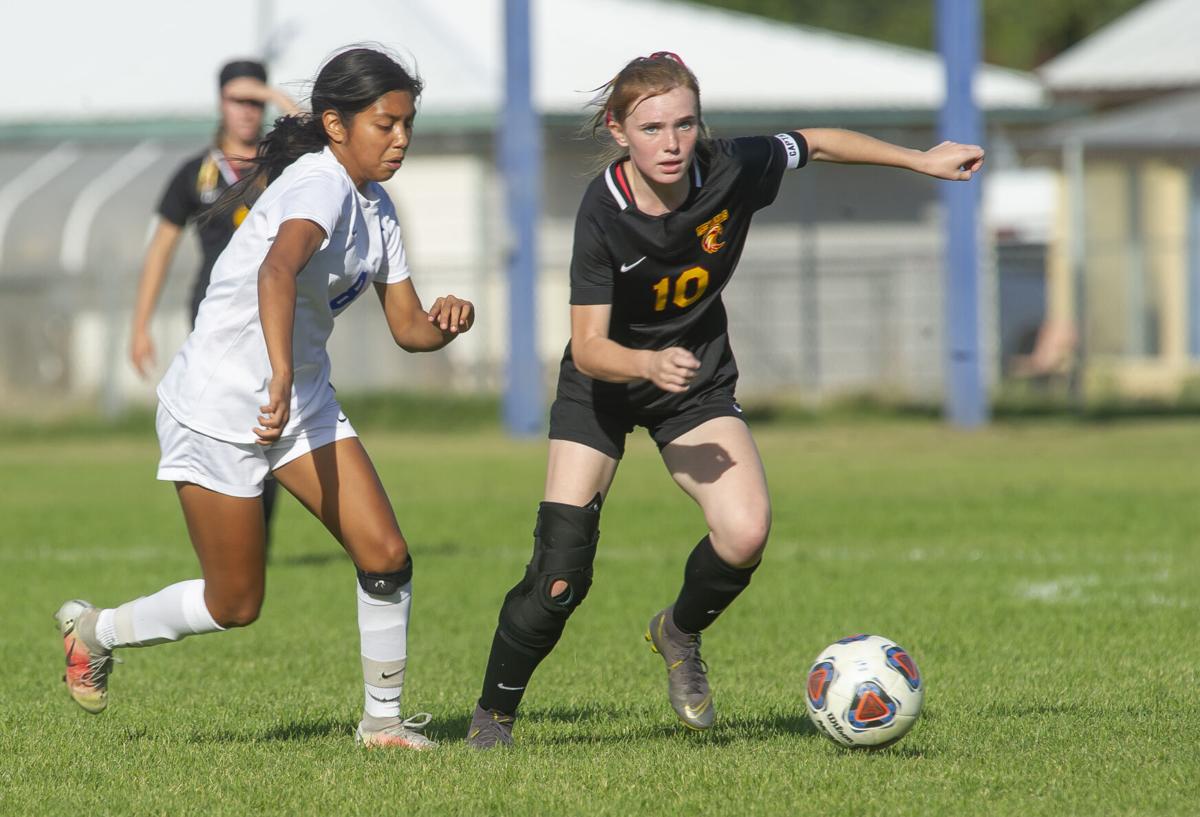 The Dalles sophomore Vivian Harrah takes control of the ball from Hillsboro. 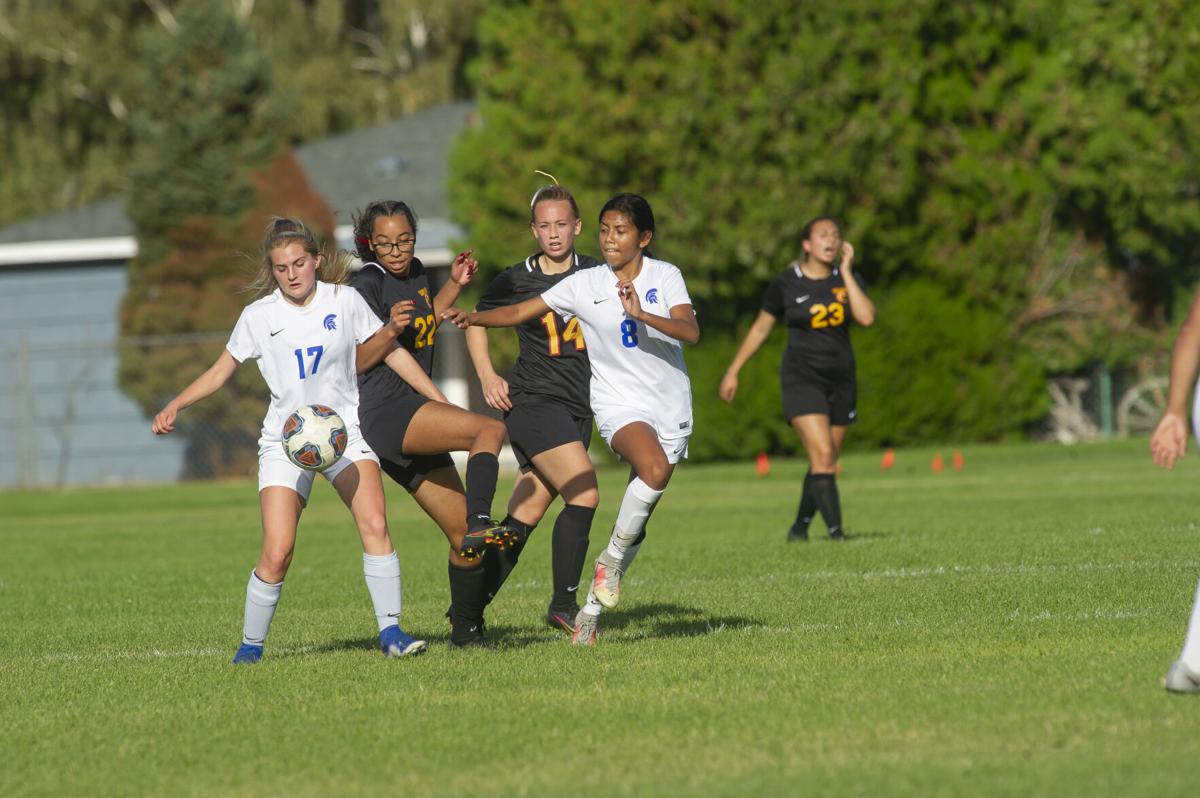 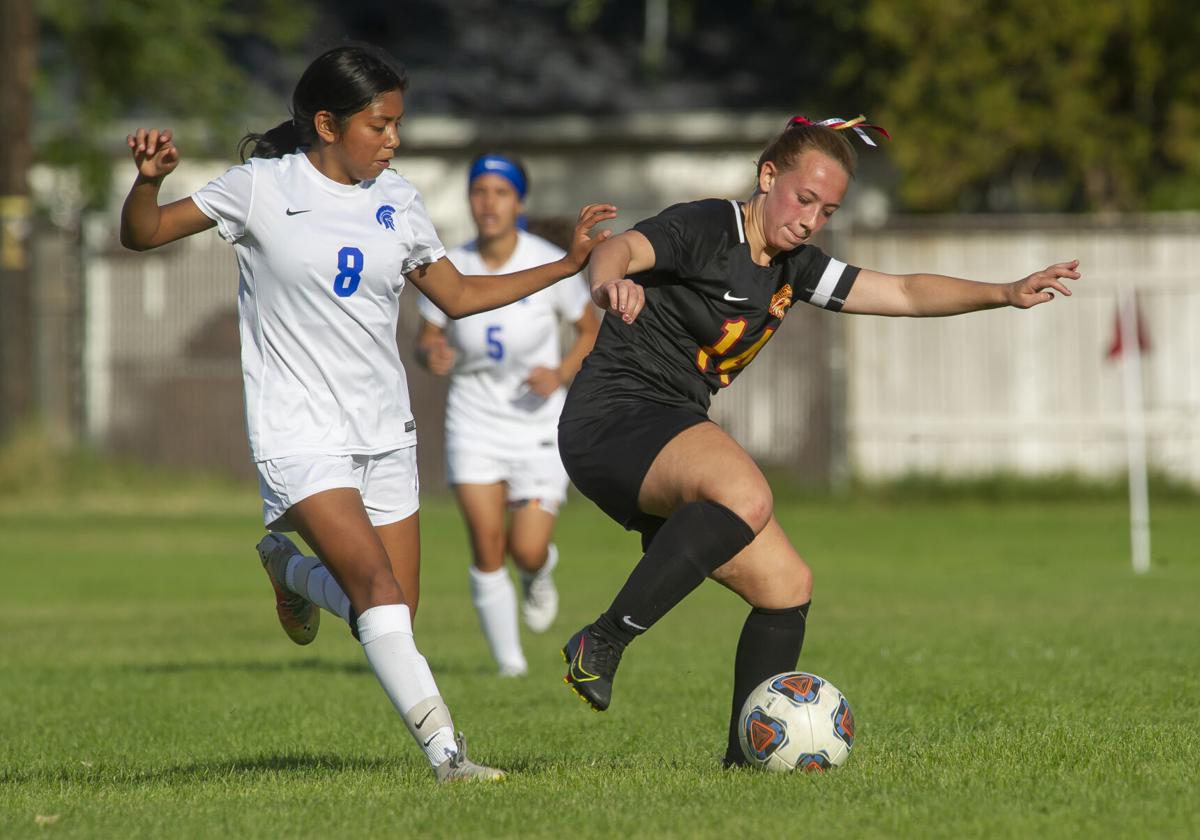 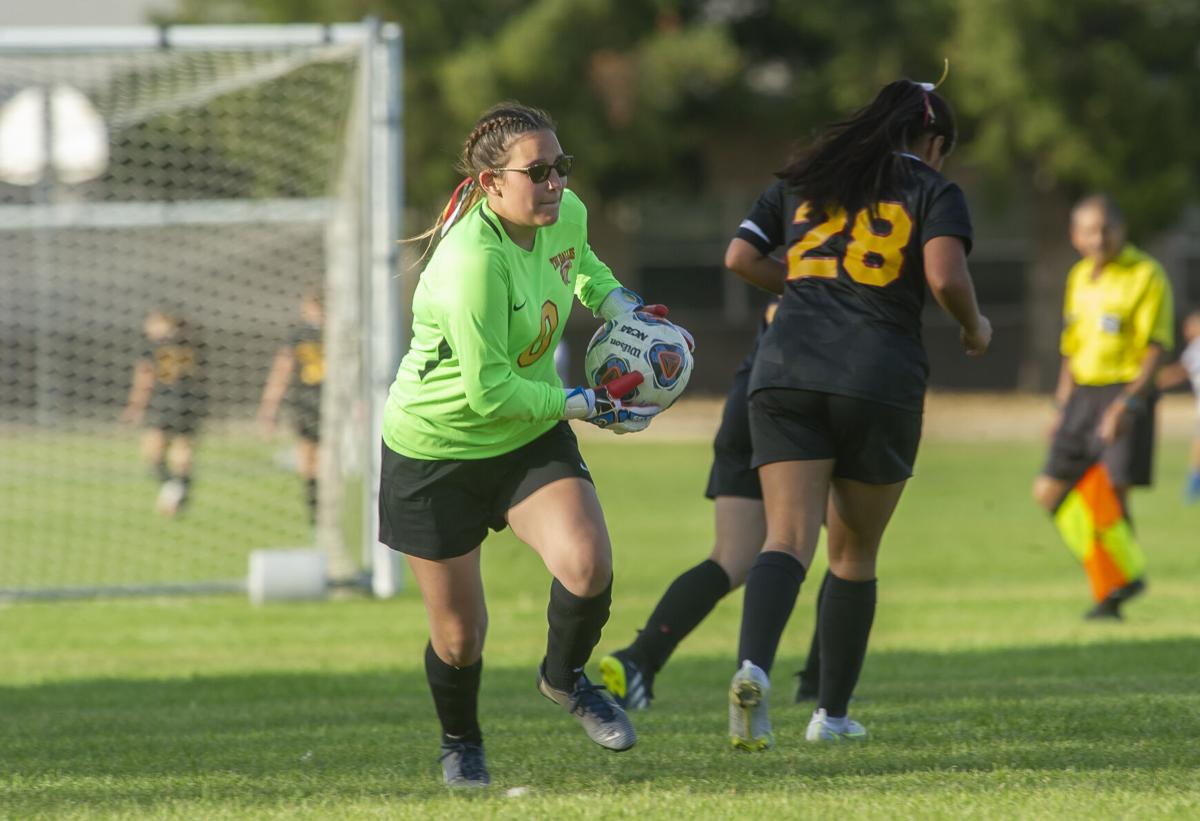 The Dalles goalkeeper Haylie Solberg (0) moves to put the ball back into play during a game last week against Hillsboro.

The Dalles sophomore Vivian Harrah takes control of the ball from Hillsboro.

The Dalles goalkeeper Haylie Solberg (0) moves to put the ball back into play during a game last week against Hillsboro.

The Dalles High Riverhawks (1-3) girls soccer team won its first game this year, a 7-0 non-league victory over the Goldendale Timberwolves on Saturday at the Wahtonka campus.

The Hawks, guided by Coach Colby Tonn, bounced back and regained their confidence following a disappointing 4-0 non-league loss at home to the No. 5 ranked Hillsboro Spartans (2-0-1) Sept. 16.

“Hillsboro is a very good side that is usually a top eight team in the state,” said Tonn. “We continued to improve by limiting chances that Hillsboro had. We were passing the ball well and our back line was staying compact and closing down space. Hailey Sorensen had four saves on the night. We played pretty well against Goldendale on Saturday.”

The Dalles faced the No. 7 ranked Putnam Kingsmen (2-0-1) in a non-league contest Tuesday in Milwaukie (result was after the printed edition deadline). The Hawks begin their nine-game Intermountain Conference schedule with a 4:30 p.m. contest Sept. 28 on the road against the No. 4 ranked Pendleton Buckaroos (3-0).