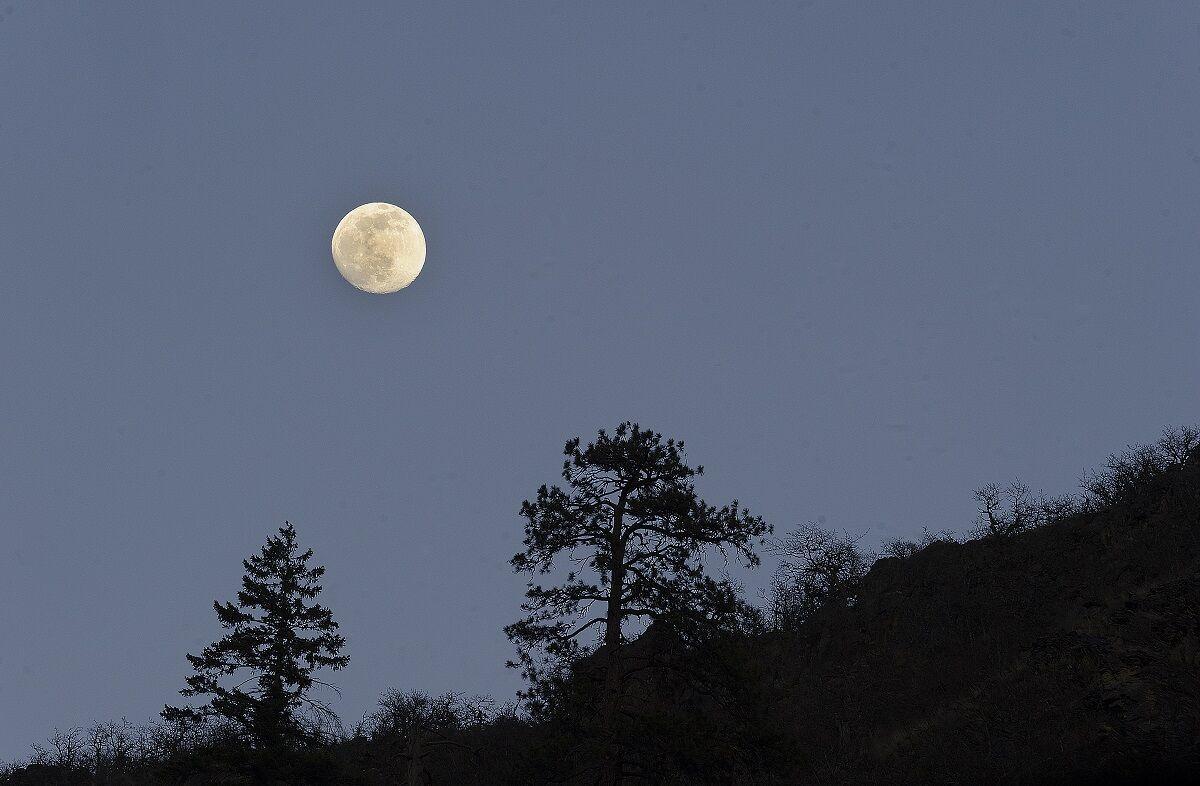 The moon approaches full at the end of March, and will begin the month of April on the wane. 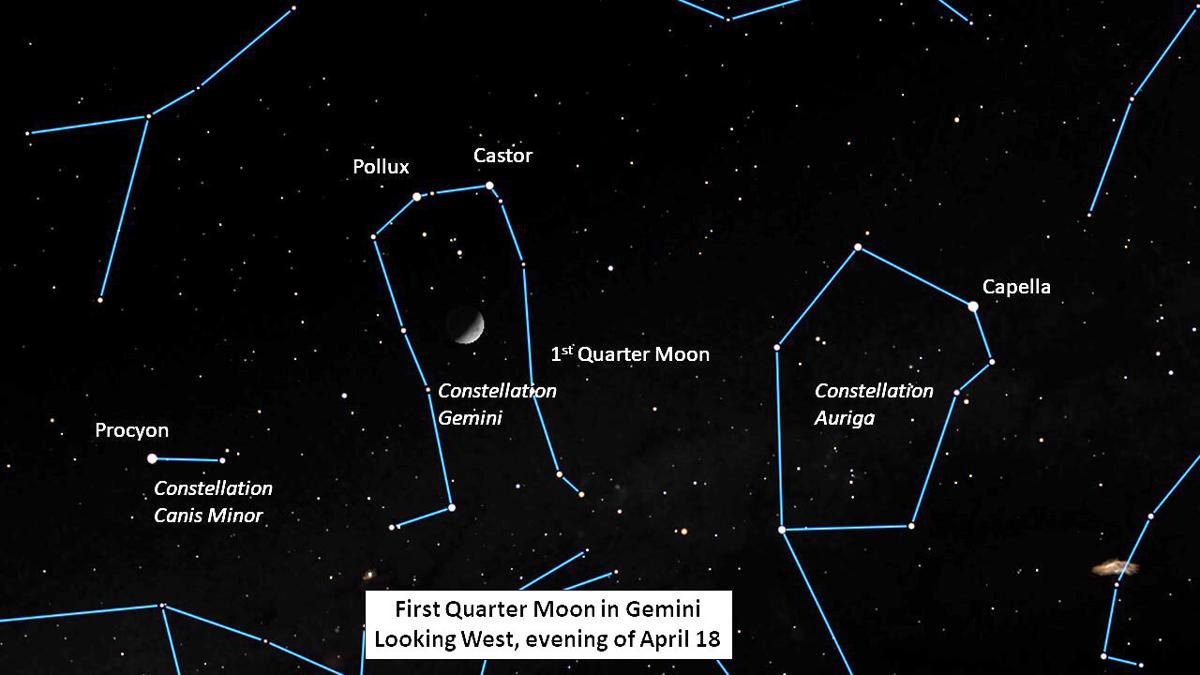 The first quarter moon will appear in the constellation Gemini, on April 18.

Welcome to April. Our first full month of spring has plenty to see in the night sky, although you do have to stay up a bit later in the evening. At the start of April, sunset comes at about 7:35 p.m. By the end of the month, it will be about 8:15 p.m. before the Sun sets. The good news is that warmer weather should come as well, making for more comfortable viewing of the night sky.

Mars continues to be the only planet gracing our evening sky in April. Jupiter and Saturn will be in the morning sky, while Venus and Mercury hug the western horizon at sunset. Readers from last month may recall that Mars was located close to the star cluster Pleiades in early March. If you look for the red planet in early April, you will find it well above that star cluster. Mars will be located between the “horns” of Taurus the Bull. By the end of the month, Mars will be located in the constellation Gemini, above Taurus. Mars continues to pull away from us, but will still be about as bright as a few nearby stars. Compare it to the similarly bright “twins” of Gemini, Castor and Pollux, located above Mars in the evening sky.

Jupiter and Saturn will be visible low in the eastern sky, before sunrise. They will get higher in the sky as the month progresses.

At the start of April, Earth’s Moon will be waning, and will rise at about 1 a.m. On the 6th, it will be near Jupiter and Saturn in the morning sky. On the 14th, the thin crescent Moon will be located just below the Pleiades in the western evening sky, which should provide a very nice view. The Moon will be just below Mars on the 16th, and above it on the 17th. Look for the first quarter Moon just below the Gemini twins on the 18, below Leo the Lion on the 22nd, and just above the bright star Spica, in Virgo, on the 25th. Full Moon will be on the 26th.

This month will be a “super” Moon, meaning our natural satellite will be a bit closer than average to Earth, and thus a bit bigger and brighter in the night sky. The Moon will be about 222,000 miles distant, compared with an average distance of about 238,000 miles. If you enjoy bright, moonlit nights, this will be a good one!

Since I have already mentioned them, a bit more about the stars Pollux and Castor, the “twins” in Gemini. As you might guess by the name, they are very similar in brightness. Pollux is on the left as we view them, and Castor is on the right. Pollux, the brighter of the two as we see them, is a giant star, located about 34 light years from us. It is about nine times the radius of our Sun, and appears slightly orange in color. In 2006, a planet was discovered orbiting Pollux, now named Thestias.

Castor, which appears white in color, is actually a multiple star system, located about 51 light-years distant. Castor is comprised of six stars, three sets of binary stars. In a telescope, two members can be seen.