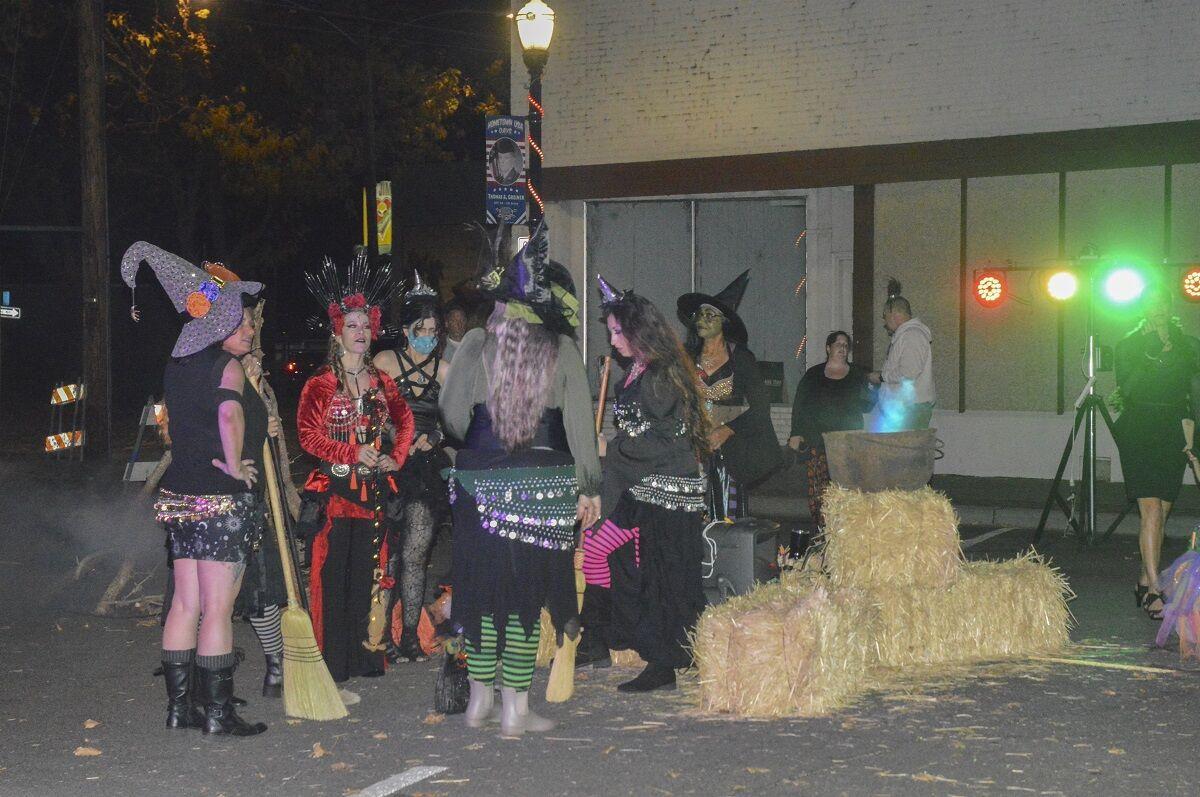 The dancers participating in the Witches Dance gather before their 7 p.m. show to prepare. 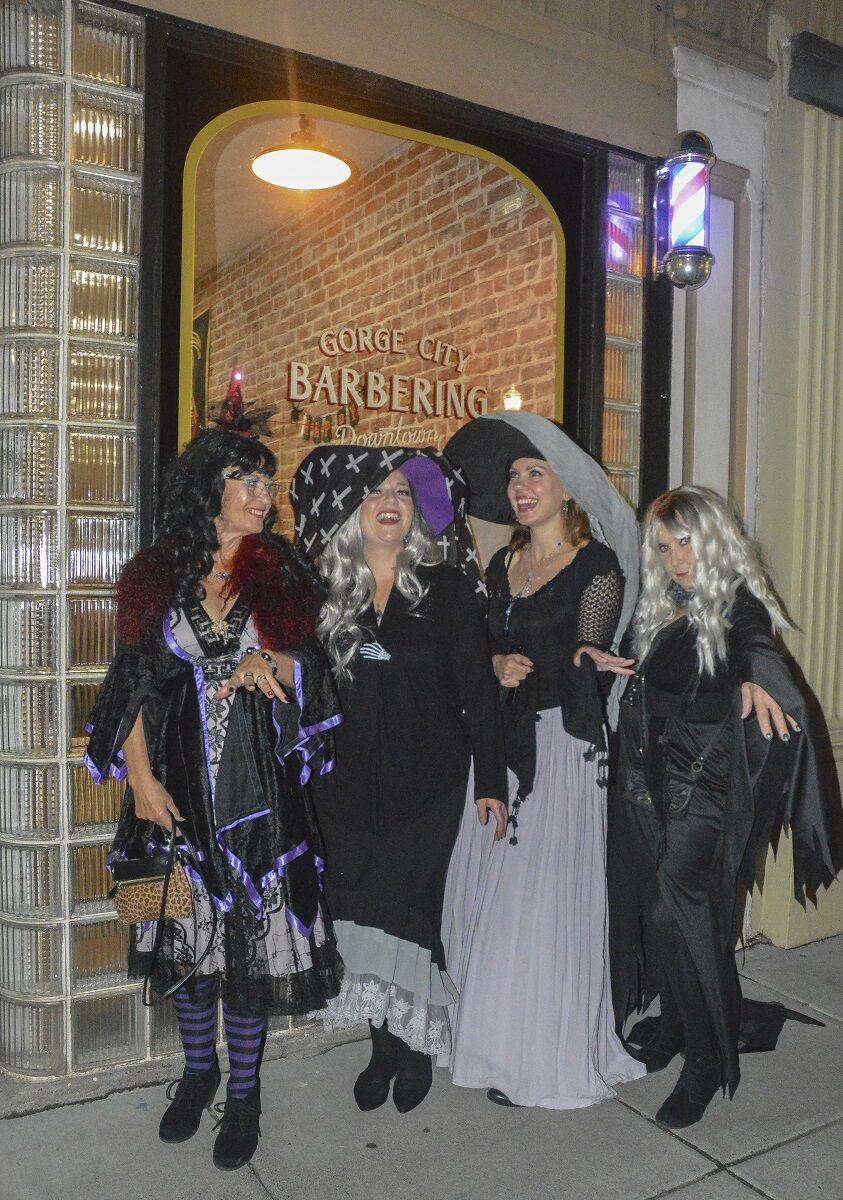 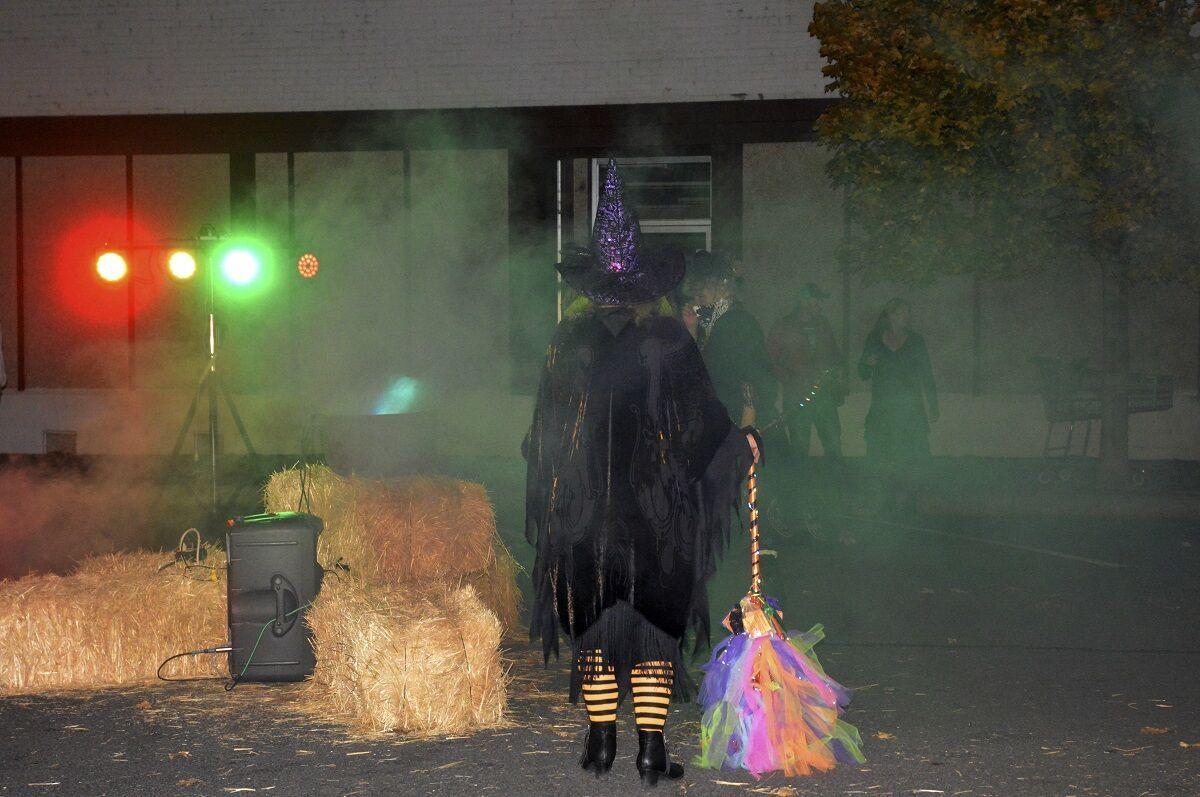 One witch stands in the mist with her colorful broom, just minutes before the Witches Dance is set to begin. 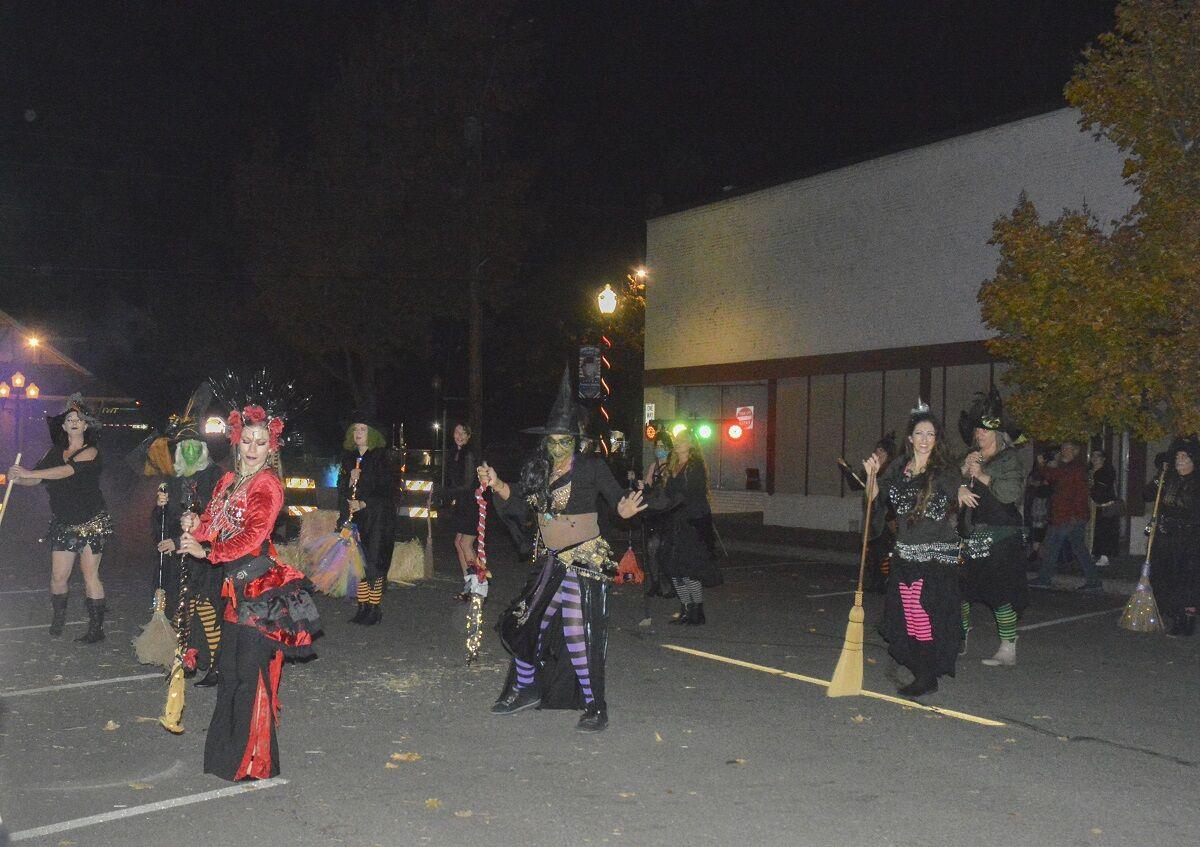 A group of witches from Columbia Gorge Bellydance, as well as a few other participants, take part in the first annual Witches Dance. 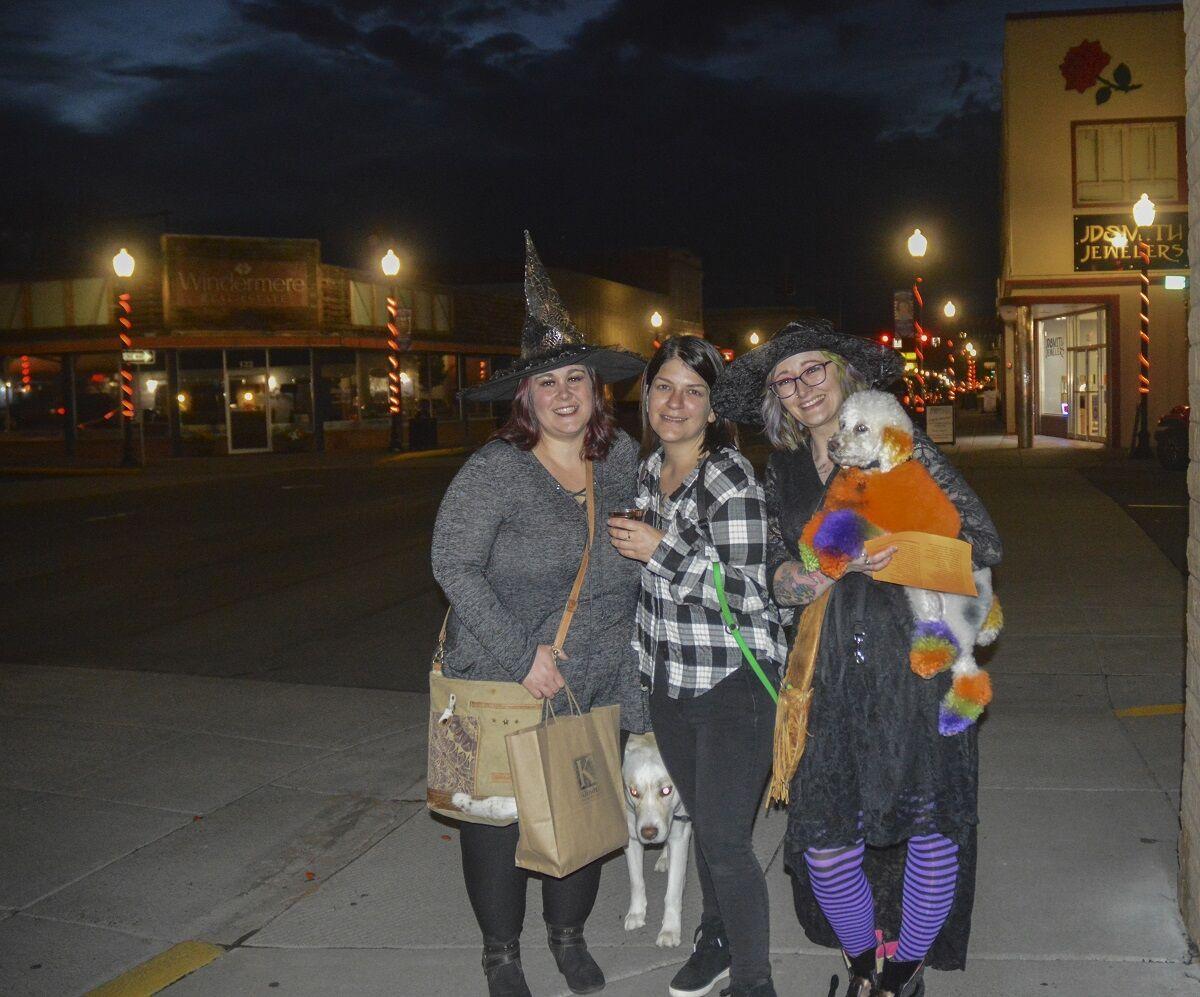 (Left to right) Witches Ashley Murphy, Jeanne Phillips and Morgan Heiser pose with their familiars during the Witches Walk in The Dalles.

The dancers participating in the Witches Dance gather before their 7 p.m. show to prepare.

One witch stands in the mist with her colorful broom, just minutes before the Witches Dance is set to begin.

A group of witches from Columbia Gorge Bellydance, as well as a few other participants, take part in the first annual Witches Dance.

(Left to right) Witches Ashley Murphy, Jeanne Phillips and Morgan Heiser pose with their familiars during the Witches Walk in The Dalles.

The Dalles was a little more magical on Friday evening as witches from all across the Gorge flooded the streets to participate in the annual Witches Walk.

The Witches Walk, originally started in 2017, has been a The Dalles tradition for the last several years, with the exception of 2020, when it was cancelled due to the COVID-19 pandemic. This year marked its first year back.

Each year, The Witches Walk takes place over an evening. Businesses stay open later, offer snacks, drinks and discounts, and participants are able to pick up a “Witches Walk Passport” that lists all of the businesses taking part. Participants can then go from place to place and get their passport signed, as well as pick up their treats.

Robin Miles, the local Farmers insurance agent in The Dalles, said this was her first year being a part of the Witches Walk. As one of the businesses involved, Miles had goody bags as well as a raffle for a $25 Visa gift card.

Miles said she had never participated in the Witches Walk before, but when the organizers approached her, she was more than willing.

“It’s like trick-or-treating for adults,” Miles said. “And I just think that’s so fun.”

According to the official Facebook page for The Dalles Witches Walk, the walk is supposed to be a good chance for businesses to “meet and get to know the community in a fun and friendly way.” The page also said that the walk gives residents the chance to learn about businesses they may not have been aware of before.

Miles said she thought the walk was needed after the isolation of the COVID-19 pandemic.

“It’s been a tough time for all of us,” she said. “So it’s nice to kind of do something fun as a community. I think we needed this.”

This year’s Witches Walk was also special not just because it was resuming the tradition that was paused due to the pandemic, but because it was the first “Witches Dance.”

The Witches Dance, put on by Columbia Gorge Bellydance and other volunteers, took place three different times throughout the night on Federal Street: 6 p.m., 7 p.m. and 8 p.m. The dance featured performers dressed as witches dancing in tandem as colored smoke rolled out of cauldrons behind them. Despite being a new tradition, the dance garnered a lot of attention, with many residents coming to watch.

According to the Facebook page, the dance is anticipated to be an annual event. Organizers are already planning next year’s Witches Walk and they hope it will be even bigger, according to a post on the page.

What’s in the Sky December 2021: Much to see on clear December nights