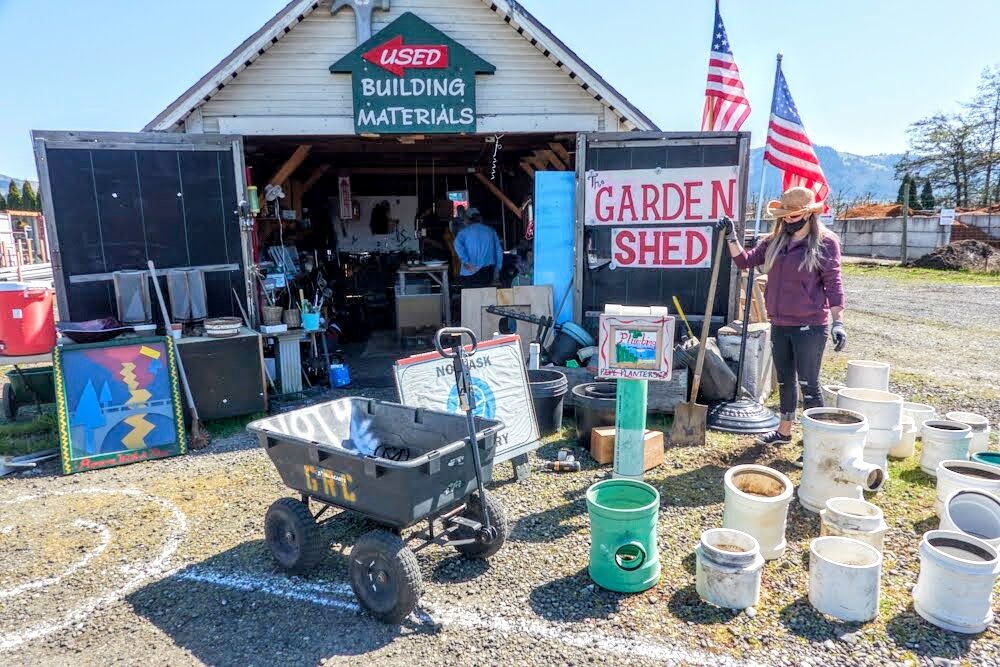 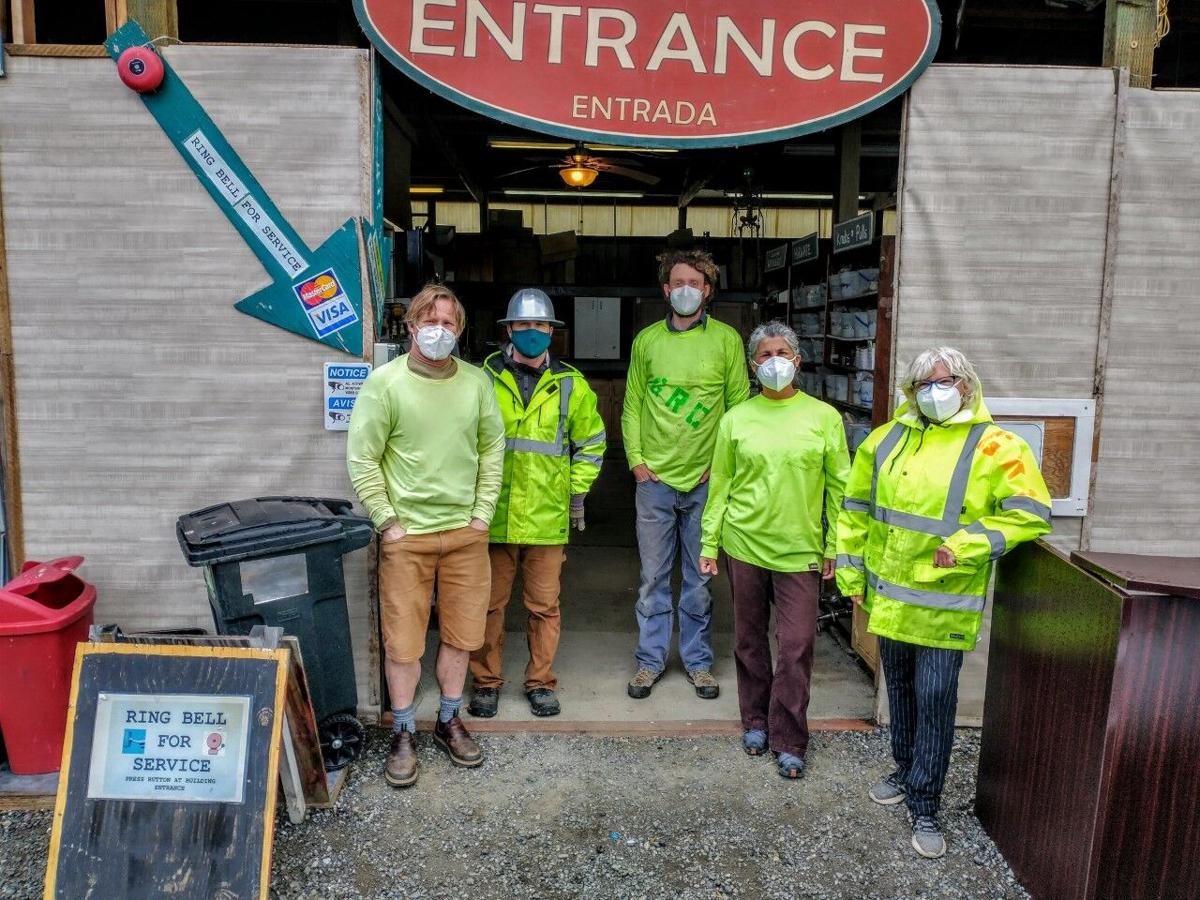 Center staff in front of the main building.

Gorge Rebuild-It Center will be the site of a free, hard to recycle plastics collection event on Saturday, April 24 from 10 a.m. to 3 p.m. in honor of Earth Day.

Plastics that can’t go in the blue bin — see sidebar, below — can be brought to the old Produce Kountry site, located next to Gorge Rebuild-It Center, 995 Tucker Road, Hood River. The event has been organized by Board Member Julie Tucker (also owner and project manager for Emerald Systems LLC) and Cindy Allen, the center’s bookkeeper.

Gorge Rebuild-It has also partnered with Anson’s Bike Buddies and will have free bikes to give away during the event (children must be present to receive a bike, which are limited to supply on hand).

In the days leading up to the recycling event, Gorge Rebuild-It Center is welcoming the community to come and check out the newly reorganized facility — and consider donating quality items for resale.

The center has undergone many changes since Executive Director Steve Carlson was hired by the Gorge Rebuild-It board of directors in September 2019.

The longtime nonprofit was in a state of economic decline, and he immediately got to work reducing overhead, he said — which included reducing staff to Carlson himself.

“Items of value were sold as fast as possible and the process of cleaning up the facility began,” he said. After months of cleaning and $10,000 spent on dump fees — “mostly hard to sell items,” Carlson said — the year 2020 was looking brighter. He had even started to take steps to rehire staff.

And then, on the morning of Feb. 7, 2020, Carlson came into work to find a lock had been cut, the store trashed and items missing — including the store’s point of sale system and video surveillance equipment, which was another setback.

As was the onset of the COVID-19 pandemic. Carlson was forced to lay off himself and close the facility for five weeks.

“Fast forward to May 1, 2020 — with funds again dwindling, it was time to reopen and get back to work, without any new staff,” he said. “The community rose to the occasion, and donations and sales increased.”

By late October, the center was able to hire its first staff member, with a second soon following — there are now five employees. That winter, they reorganized the entire store and created a more effective drive-through donation area.

Carlson said that by summer, the center “is positioned to serve the community effectively.” Gorge Rebuild-It Center has furniture like chairs, as well as some sporting goods, also for sale.

With rising costs of building materials, he added that the center is a great place to find materials that would otherwise be diverted to the landfill. He lists some of those items on the center’s Facebook page, www.facebook.com/GorgeRebuildIt. And they sell fast.

“Donations are welcome — people bring in wonderful stuff,” he said. Acceptable donations fluctuate with market conditions and the facility’s capacity; donations are accepted daily up to one hour before closing.

Because the center is a nonprofit, donations may be tax deductible “if your donation is in good used condition or better,” according to its website, rebuildit.org. Donation guidelines and contact information are also on the website.

Gorge Rebuild-It Center is open Tuesday through Saturday from 10 a.m. to 4 p.m. Face coverings are required, and card payment is preferred.

‘Weaving the River’ at Nichols