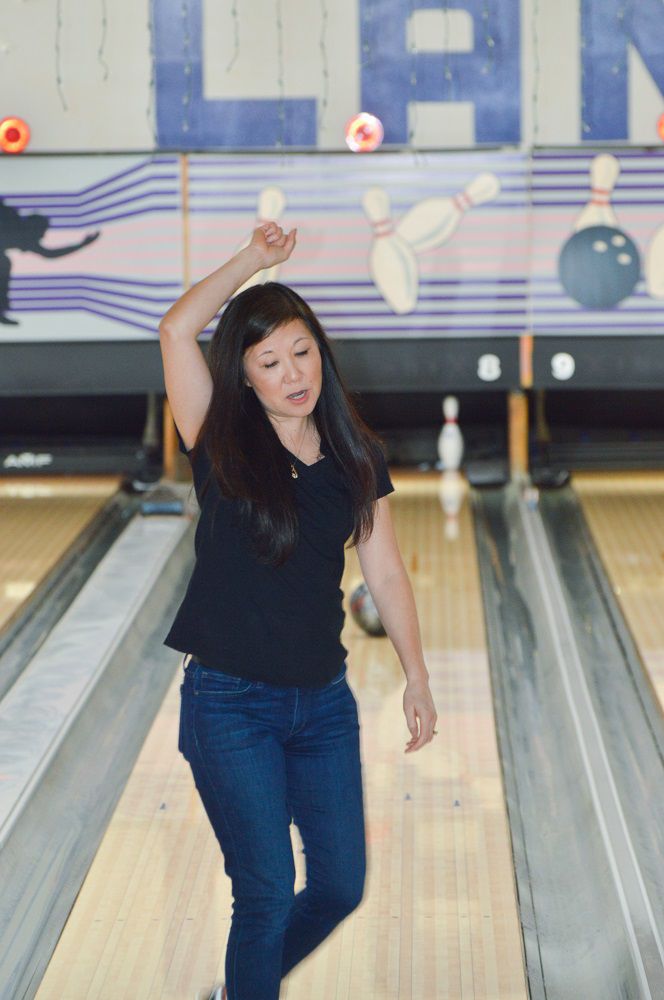 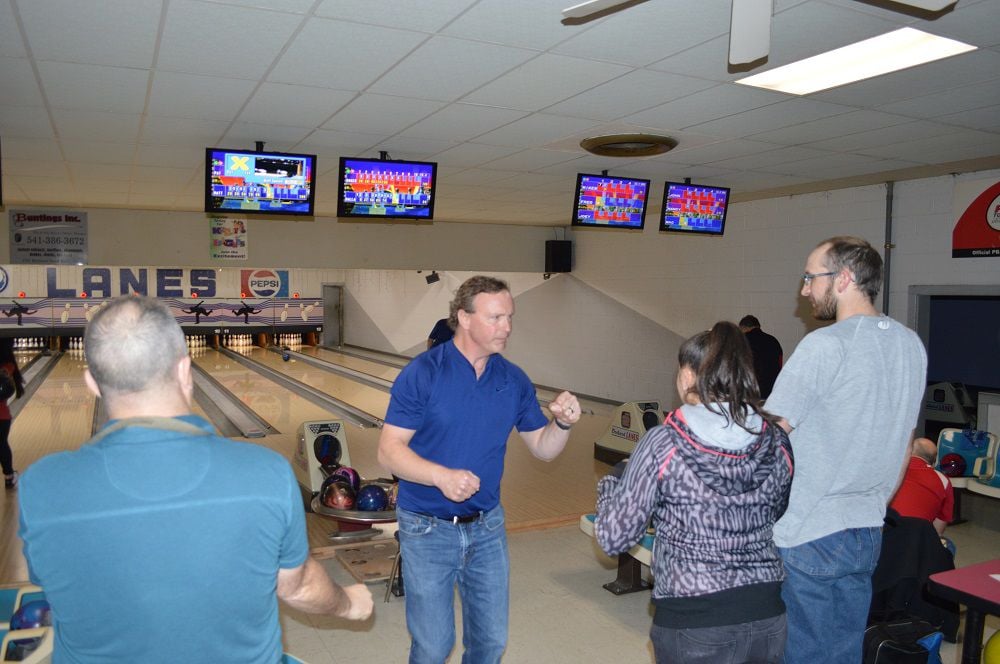 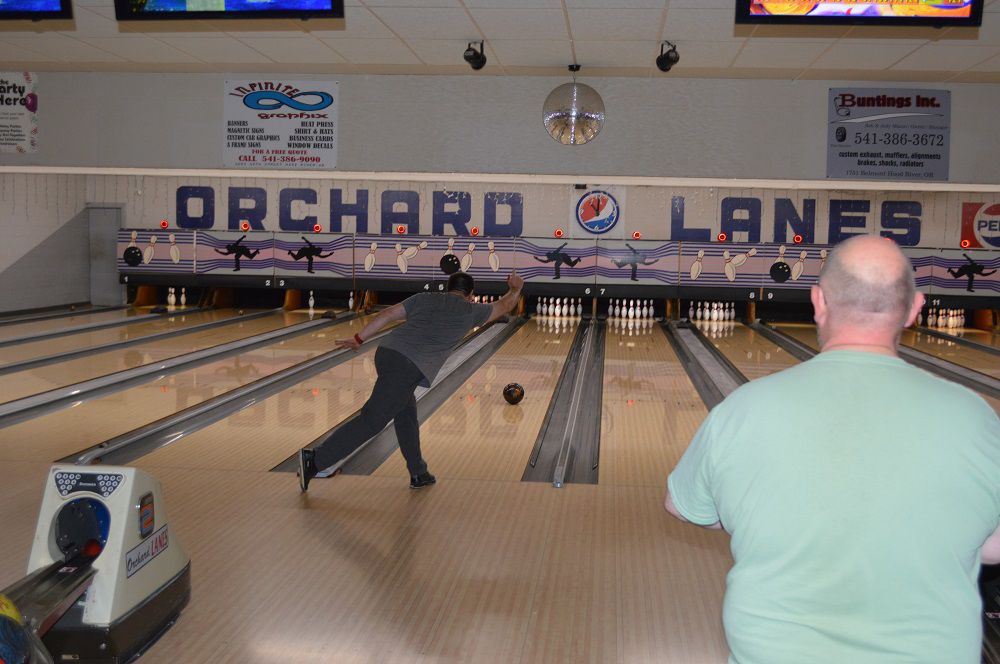 Bill Pullum throws his ball down the lane. 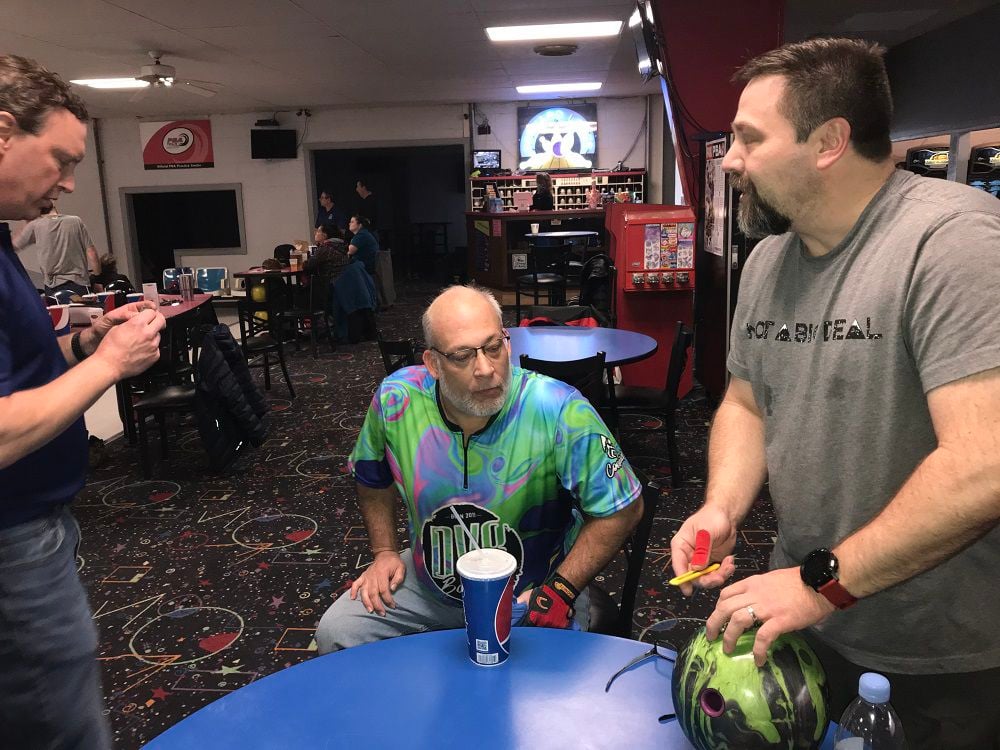 Olsen (left), Bill Pullum (middle) and Mike Weaver (right) talk as Pullum changes out inserts in his ball. The tournament was canceled after the first weekend due to COVID-19 concerns.

Bill Pullum throws his ball down the lane.

Olsen (left), Bill Pullum (middle) and Mike Weaver (right) talk as Pullum changes out inserts in his ball. The tournament was canceled after the first weekend due to COVID-19 concerns.

As we continue to learn more about the coronavirus (COVID-19), we want to assure you that the health and safety of our team members, guests and our community are our top priority.

We will continue to monitor the situation closely as it evolves and will update our guests along the way.  Visit our website for the latest updates at orchardlanes.net.

Up until this tragic event, the league bowling season was a good one. Here are individual scoring highlights:

There were SIX perfect 300 games by Kevin Harris, Bill Whetstine (2), Brandon Kawachi and Patrick Olson (2). The high scratch three-game series was 794 by Patrick Olson. A total of 15 of our star bowlers averaged 200 pins per game or better:

To all of our guests, we look forward to welcoming you back very soon.  When this happened we were in the process of conducting our city tournament and several of our leagues had weeks left in their schedules. When we are allowed to reopen, we plan on contacting everybody to see if they want to complete their leagues and the city tournament. In the meantime, we miss you and stay safe until we meet again.

Team of the Week

Ten-pin bowling in league action at Orchard Lanes was excellent last week. Our fantasy team of the week of the top five individual sets in league looks like a who’s who in local Hood River bowling.

Orchard Lanes proprietor Patrick Olson led the crew of renown with a huge scratch 773 series that he tossed in the Fraternal league. His lofty set included over 20 strikes in big 279 and 268 games. Brandon Kawachi’s hard charging, spinning sphere toppled another pile of pins in the Industrial league where he cranked out another ho-hum 700 series, a solid 724. It seems like Brandon notches 700 every week.

The sharp hockey stick hooks of master bowler Jeff Miller scattered the sticks to the tune of a cool 695 set in the Industrial which is a mighty fine number for most of us but it’s just about average for the pro from The Dalles. Yes, he’s that good! Roger Montavon’s roundhouse curve found pay-dirt in the Fraternal where he pummeled the pins with a nifty 681 series. Sarge has been in a bit of a slump so it’s nice to see him break out of it!  And, rounding out our fab five is Joey Springs, who is having a great season. Joey’s speedy down and in game is working to a T as he racked up a spiffy 676 set in the Industrial. Joey is averaging a solid 204 this season after being away from the game for a while. Folks, that’s mighty fine shooting in this great game.

Our super senior star, Professor Lee Rogers, just missed the limelight, rolling a devilishly good 666 series in the Colts and Fillies. Dr. Rogers may have just missed making our famous team of the week but he is schooling all of us this season as he is currently carrying a sparkling 207 average, one of the best in town. That is so impressive, the word is Lee may be up for bowler of the year!

In team action, Randy’s Painting has a 6.5-point lead with just one week to go in round 3 of the Industrial league. Previous round winners, Orchard Lanes and Mid-Columbia Diesel, are lurking just a few points back. Two of the last matches in the final week of round 3 will be telling, Randy’s Painting bowls Orchard Lanes and Mid-Columbia Diesel bowls OL’7-10, who are currently in fourth place.  The bracket format that will decide the league champion will commence the following week. Round winners get top seeds in the brackets which is an advantage because they face lower seeds in the tournament.  So, these final round three matches are very important.

The raucous county league is also winding down, with just a week left in the second half, a handful of teams still have a mathematical chance to win it. Team bowling is at its best when it gets close like this.

The city tournament is ongoing right now, we’ll have the results next time. Great bowling everybody, in spite of the current troubles in our world, strikes and spares make us feel better so it’s important for all of us to keep letting the good times roll!