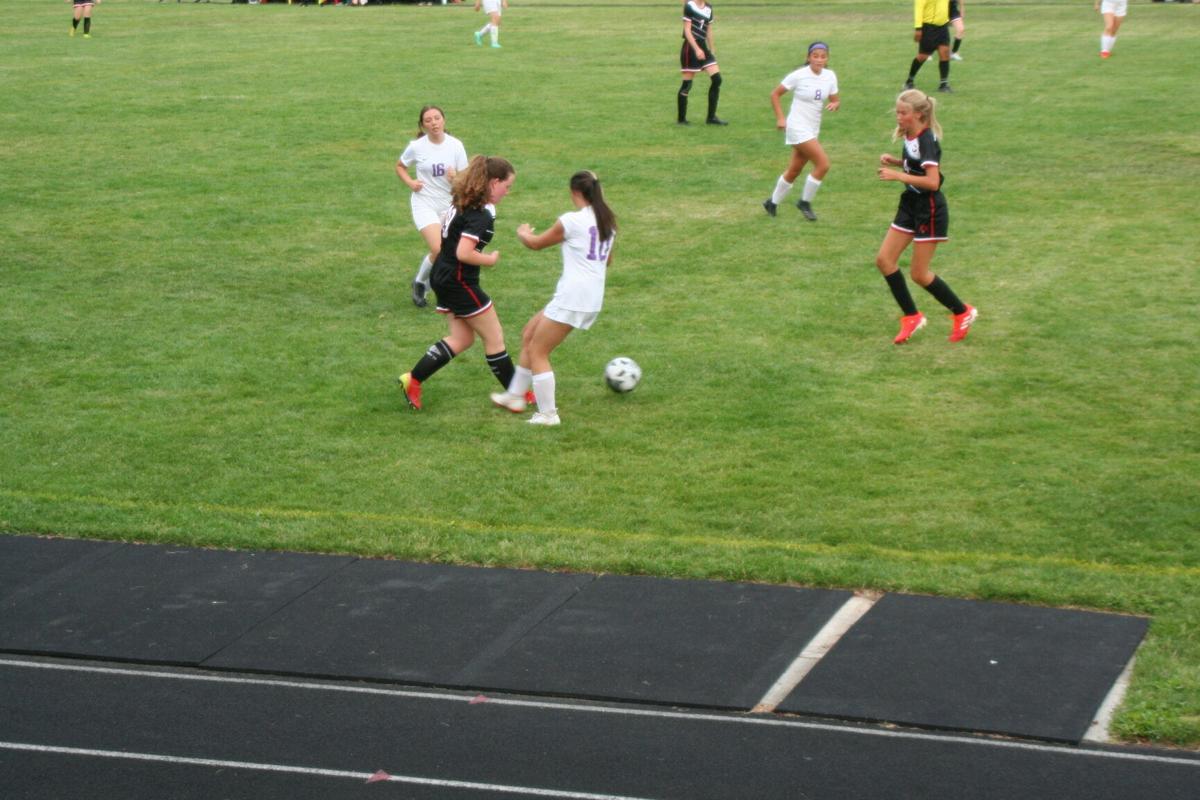 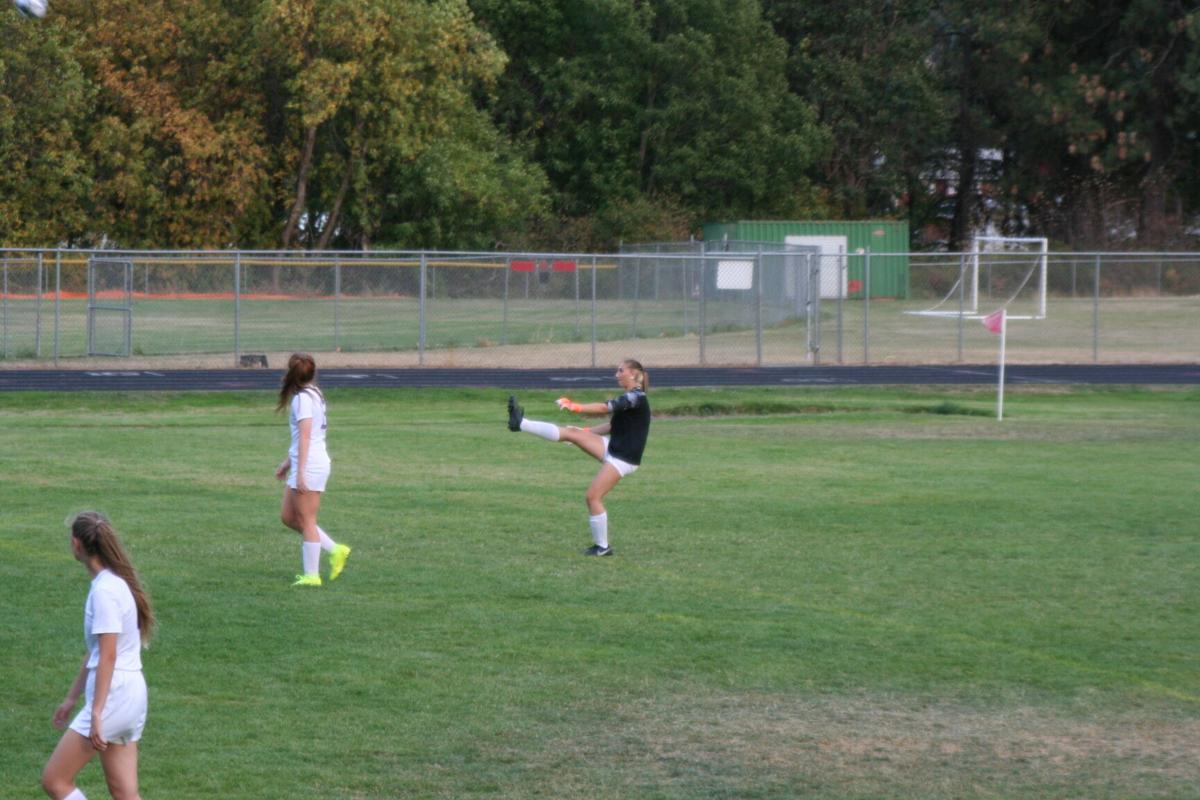 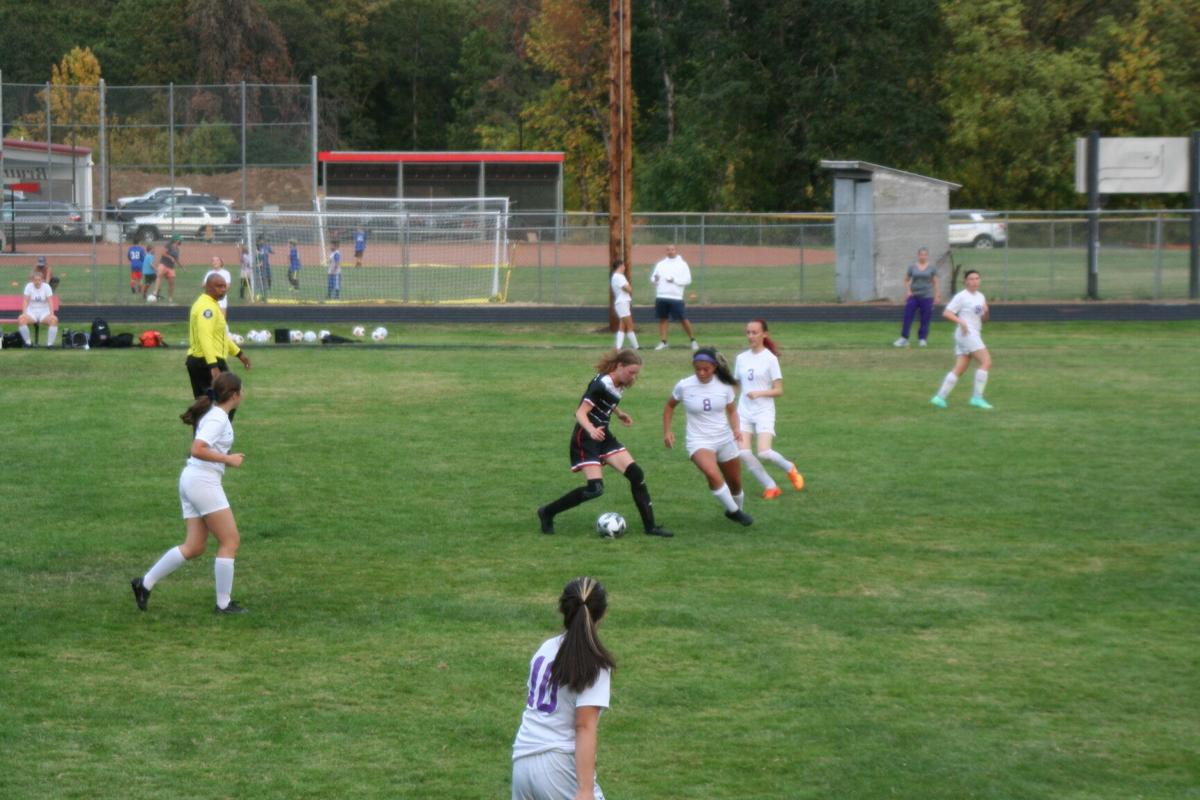 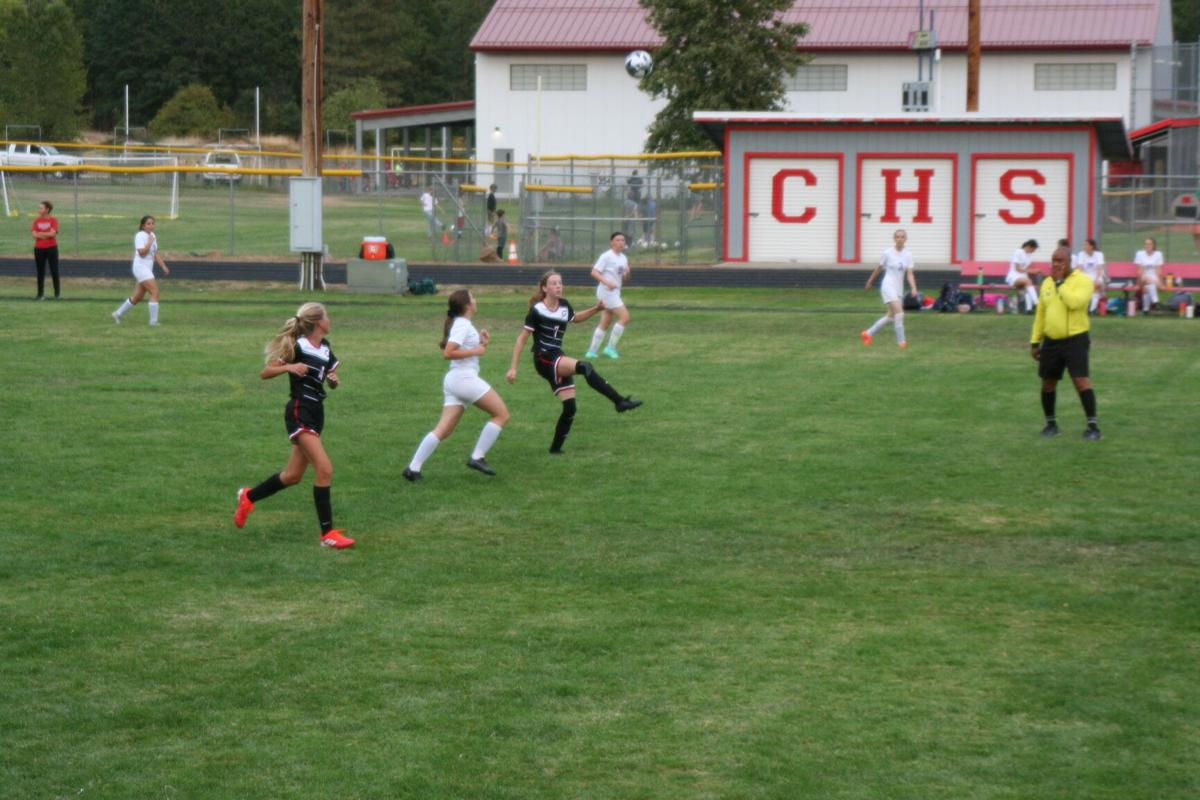 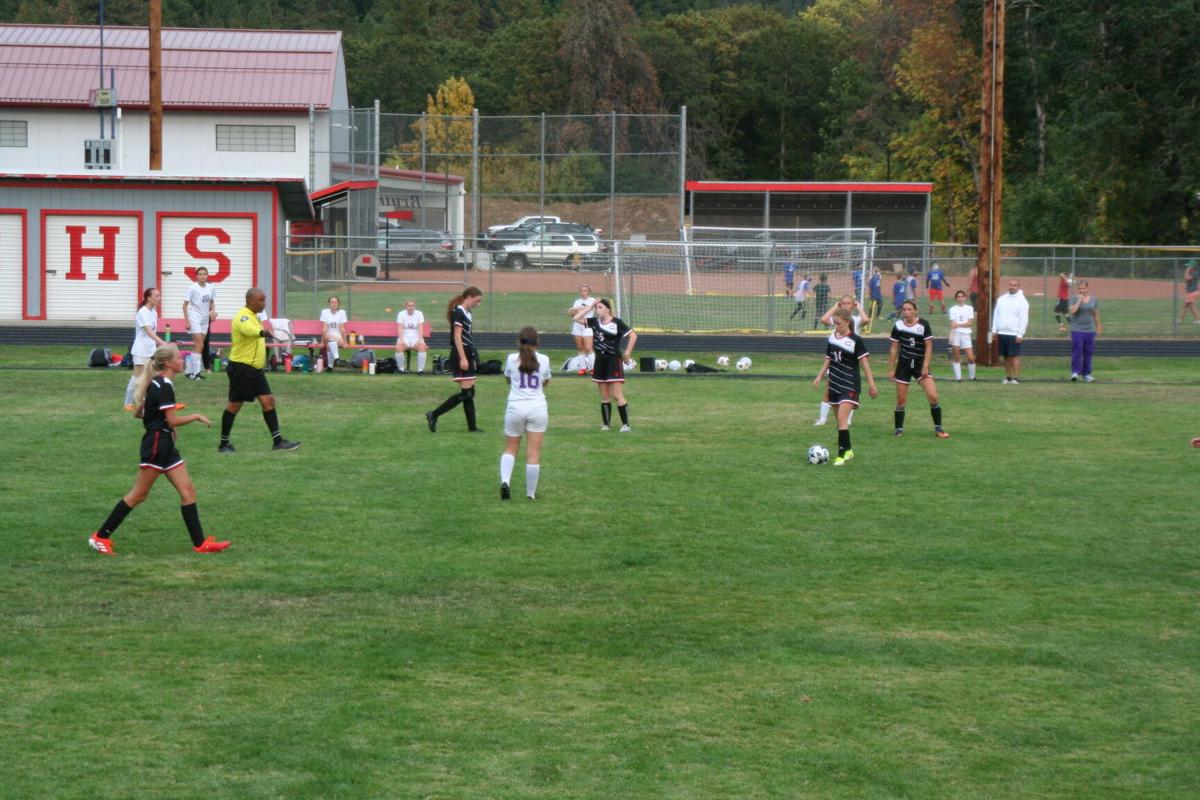 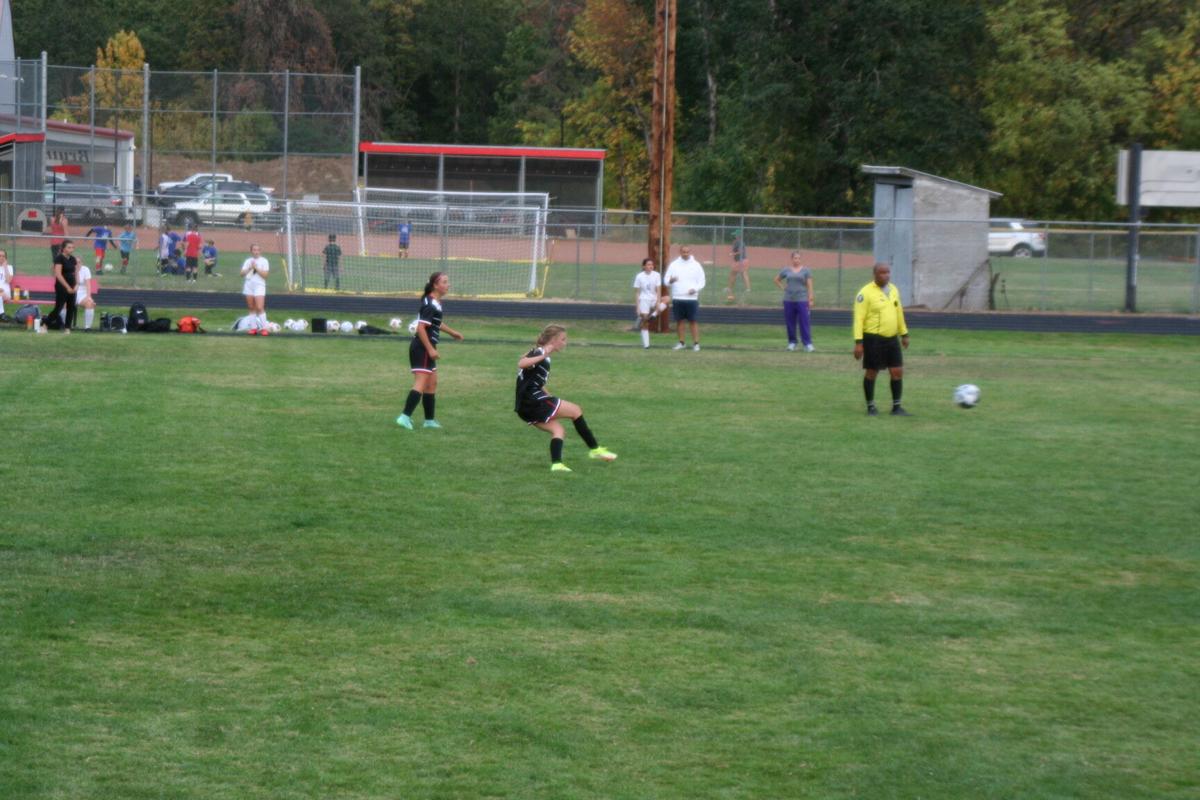 When you’re unbeaten you deserve a day at the beach — don’t you?

Don’t get the wrong idea here; the Columbia High girls soccer team happened to be in the neighborhood, so Coach Adriana Clayton afforded them a little down time to frolic in the Pacific Ocean surf. And, perhaps let their tired legs recover after their 6-0 win against Ilwaco High on Saturday.

The weekend win, along with a 4-1 victory against Goldendale in the season opener on Sept. 9, have the Bruins off to a 2-0 start. The Ilwaco match was scheduled a while ago as a team-bonding, overnight trip, but pandemics have a way of altering plans.

Clayton said her 22-member varsity squad has actually bonded quite well, led by a core of four seniors down through to a strong group of nine frosh players. Fourteen made the trip to Ilwaco, but two injuries forced Clayton and assistant coach Daniel Mangum to shuffle around players to new positions.

“It worked out well because we were able to rotate players into positions and see how they responded,” Clayton said.

Among them, senior Kayli Evans, took 11 shots on goal and made two. Frosh Siena Clayton, the coach’s daughter, added a couple of goals herself. Other scores came from frosh Saylor Hauge and junior Piper Hicks.

Hauge and Hicks were among examples of players who took full advantage of the lineup rotation. Hauge started at center midfield, played a while on defense, and then moved to striker in the second half when she scored her goal. The speedy, aggressive Hicks gave the Bruins some energy and was rewarded with her tally.

“I have a lot of players on my team where you can really pluck them in, put them in a lot of places,” Coach Clayton said.

Clayton has been coaching youth soccer for a number of years in the White Salmon area, and is familiar with this year’s roster in that regard — to say the least.

“We have 22 girls on the roster and every single one of them has been working really hard,” Clayton said. “They want to be there, they’re passionate, they’re driven.”

The Bruins’ experience mix includes some who have club soccer backgrounds, others much less experienced, yet others who love the game but who also play other sports. “I just have to make sure all of them connect well,” Clayton said. “They do have one thing in common: they all want to be there.

“That makes coaching so much easier — and exciting. It was evident in that first match in how they played. Not necessarily with the win, but how they played together.”

Clayton said once the Trico League schedule begins Sept. 30 the games will be more challenging. Four seniors will help bring the younger players along in preparation for the conference opener against Seton Catholic. The other classmates of Evans are Maddie Uthmann, a midfielder, defender Lindsey Walters, and defender Taryn Johnston.

The mentoring displayed by the Columbia seniors — leading warmups and drills, even an occasional reminder about effort — is catching on. Clayton said players like frosh Sequoia Cohen are showing strong leadership skills during practice. “She has been a strong addition to the team,” Clayton said. “Even though she got injured (vs. Ilwaco), she was a key defensive player our first game.”

In goal is junior Jazmyne Orr, who Clayton said is “aggressive, fearless, with so much energy.” Orr is benefitting from Mangum’s expertise, who played college soccer; he and Clayton swap roles for Columbia’s boys team.

Clayton said the Bruins have been the underdog in girls soccer of late, but without outwardly saying it, hints that might soon change. “This is the first year, outside of the COVID year, playing with just White Salmon girls (Trout Lake has its own girls team this fall). It looks promising, especially having such a young team,” she said. “We’re only going to get better.”