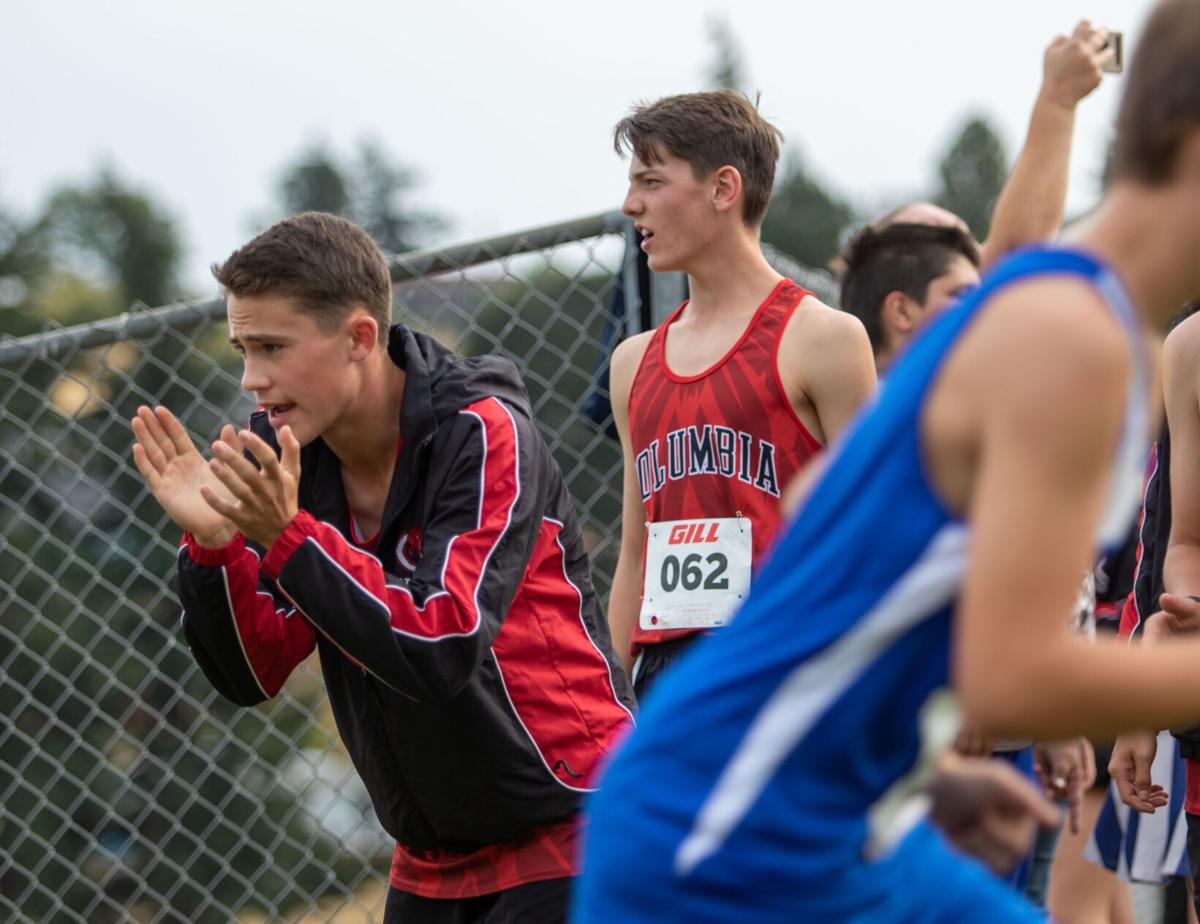 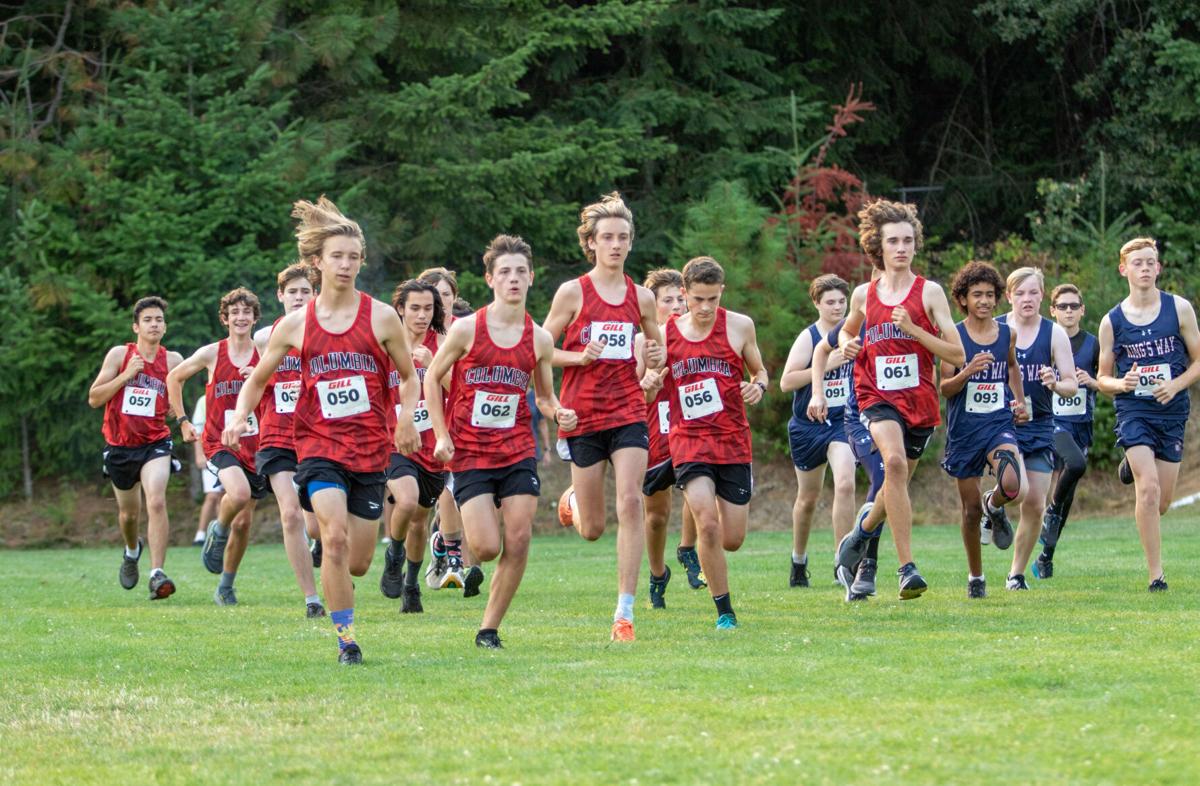 The Columbia Boys cross country varsity racers in a meet with Goldendale and Kings Way on Sept. 9. 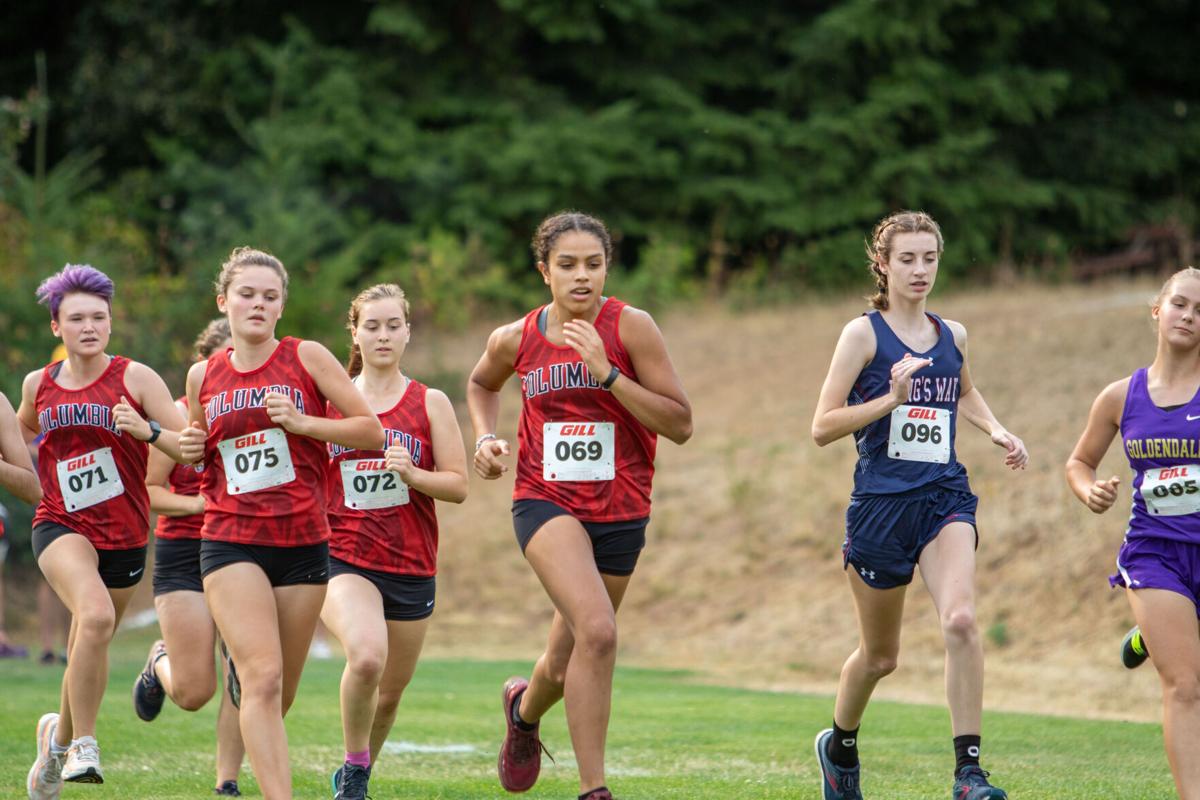 Grace Bjelland-Lathim and the other Columbia runners during a cross country meet at Columbia High School on Sept. 9. 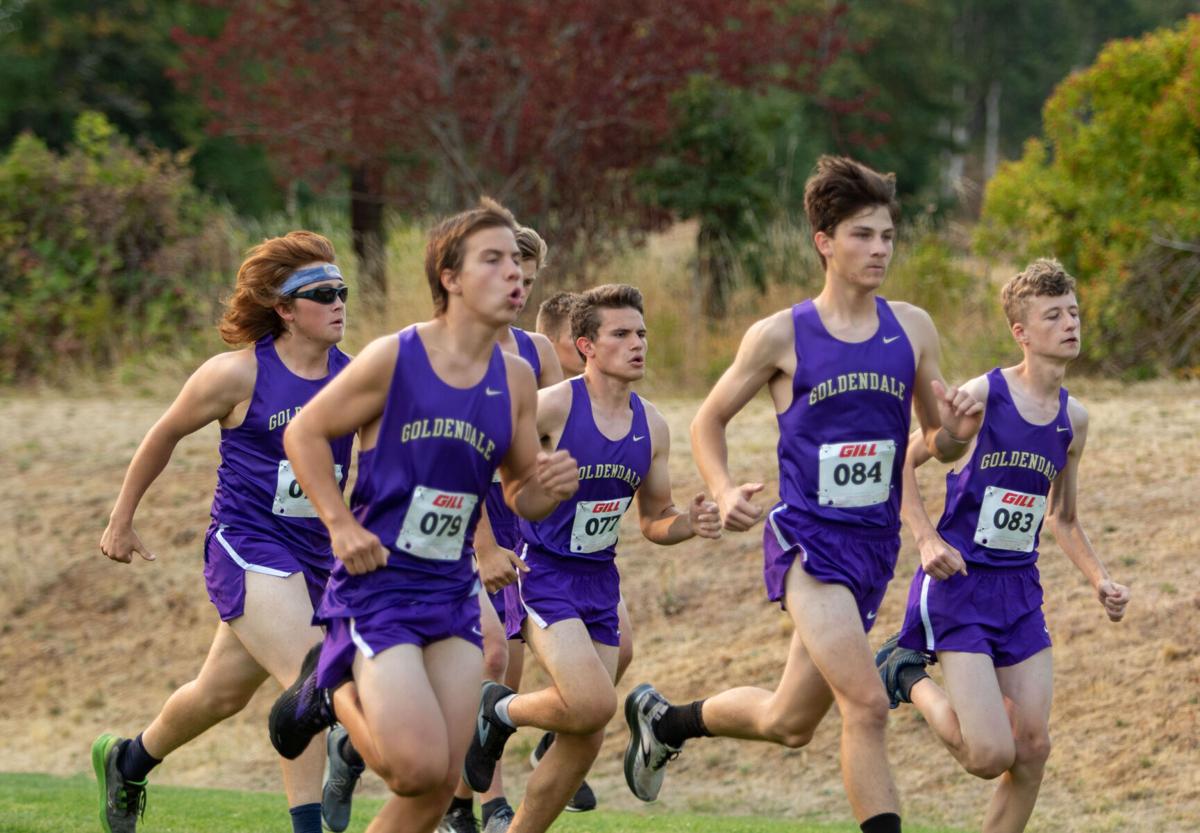 The Goldendale varsity boys open up the race at Columbia High School on Sept. 9.

The Columbia Boys cross country varsity racers in a meet with Goldendale and Kings Way on Sept. 9.

Grace Bjelland-Lathim and the other Columbia runners during a cross country meet at Columbia High School on Sept. 9.

The Goldendale varsity boys open up the race at Columbia High School on Sept. 9.

Columbia High’s season-opening cross country meet brought a smile to Coach Mike Hannigan’s face, but don’t expect the Bruin coach to go easy on his young team because of it — in fact, it might lead to the exact opposite.

Hannigan attributed the meet results to the hard work the runners have put in over the summer. That said, there may be more of that in the Bruins’ future, as they continue to train into race shape.

“I was so proud of this team,” Hannigan said of the Bruins’ home and season-opening meet this past Thursday afternoon. “Both our boys and girls teams have put in a lot of work over the summer and are really unifying as a squad.

“Just having a complete girls team is a huge win after last year when COVID hit. We only had three girls on the high school team. So, seeing some new faces turn out was wonderful.”

“Camden Uffelman ran with great composure in his first-place finish,” Hannigan said. “He also ran a PR (personal record) on that course. Young freshman runner, Noah Slayton, was also a standout and I think he surprised himself at how well his race went. He is a natural, and I see him improving even more by the end of the season.”

“The boys team is composed of only one senior and mostly freshman and sophomores,” Hannigan said. “Because we are so young, we have lots of room to grow. This squad has the right mindset to make that happen.

“I was very pleased with the boys’ win. Racing against Goldendale was great fun. Overall, it was a lovely day, and everyone had a blast.”

Columbia was the lone scoring girls team (with at least five runners). The Bruins were led by Ella Zimmerman, who won by more than two minutes over teammate Esther Kline. Leah Swanson was fourth, Raina McAllister fifth, Grace Bjelland-Lathim sixth, and Nina Hartmann was seventh.

“Since we have started running on our home course, Ella Zimmerman set a new early-year course record,” Hannigan said of the junior’s 21:29 time. “She is dedicated and fit. Her teammate Esther Kline also provided such strong steady running with a second-place finish.”