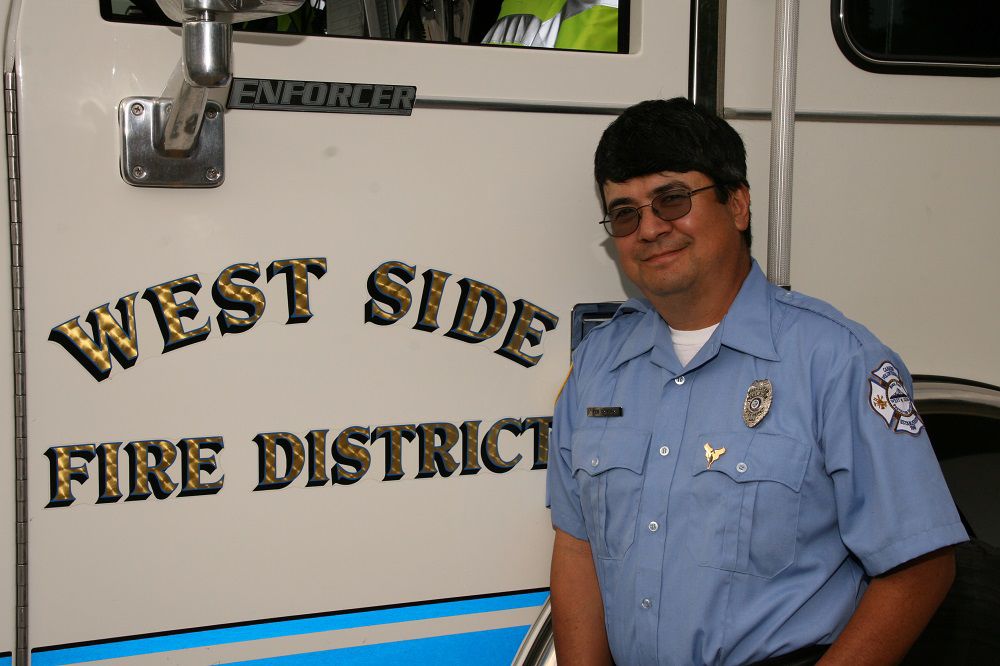 Ken Tamura “was always checking in on those within his circle,” and his legacy endures with gifts made this spring to local needs. 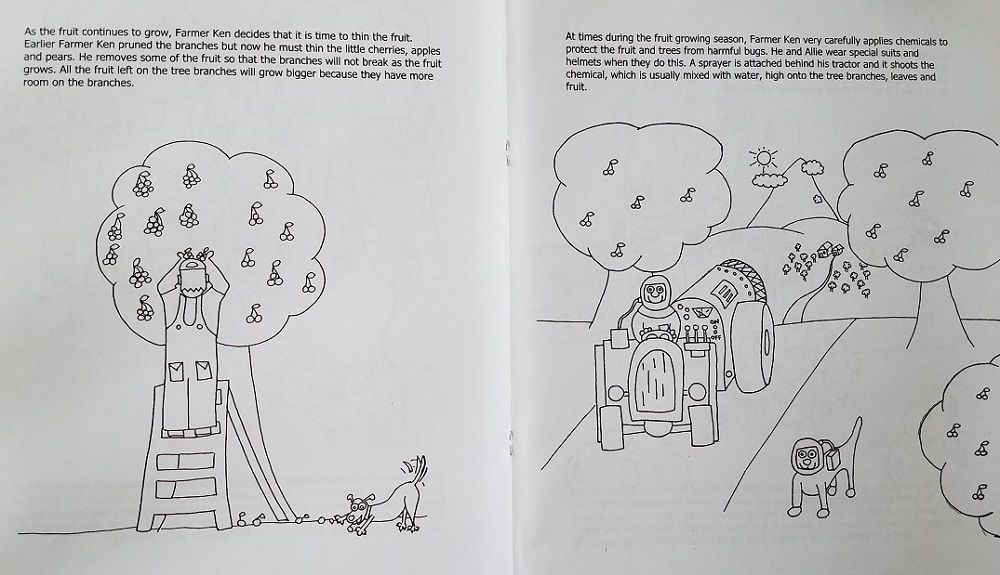 Ken Tamura served with the West Side Fire Department, and the family created an “Alice’s Orchard” coloring book.

Ken Tamura “was always checking in on those within his circle,” and his legacy endures with gifts made this spring to local needs.

Ken Tamura served with the West Side Fire Department, and the family created an “Alice’s Orchard” coloring book.

Like a well-aimed hose or a careful prune of a pear branch, the legacy of orchardist and firefighter Ken Tamura is hitting just the right spots.

His widow, Nancy Tamura, said that when Ken died, he wanted a legacy. Local nutrition programs and fire departments are now the recipients of the balance of the Ken Tamura fund established upon his death 10 years ago.

Most folks will most likely remember Ken from the family’s Alice’s Orchard fruit stand on Orchard Road a mile or so south of Hood River, noted Nancy.

“It always surprised me on how many local folks stopped by weekly to u-pick the cherries or ginger gold apples. In October, we had folks buy a bin of apples at a time for cider pressings,” she said. “Kenny had the gift of ‘gab’ and enjoyed sharing the history and methodology of the orchard.”

Nancy Tamura served on the Providence Hood River Memorial Hospital as a member/director at the time of his death. In Ken’s name, Providence Hospital Foundation set up a Crisis Management Fund to benefit local groups dealing with crises.

This spring, the fund had approximately $5,200 in it. Nancy said she asked for that fund to be depleted for COVID-19 crisis and $2,000 each be presented to the FISH Food Bank and Meals on Wheels, and $300 to each of the fire departments of Hood River County, including West Side, Hood River, Wy’East, Parkdale and Cascade Locks. Those donations were made last month.

“Kenny was diagnosed with inoperable liver cancer Oct. 1, 2009. In January 2010, he began to wonder what his legacy would be. He asked me how we would remember him. I told him we’d set up a scholarship in his name. He smiled and I believe he was happy with this idea. Rena Whitaker, Providence Hood River Hospital Foundation director, asked if we’d like to set up a Crisis Management fund in Ken’s name. He died Feb. 27, 2010, at home after lapsing into a coma. To date, the fund has financed a class for fire fighters focusing on crisis management.

"With the current crisis, I asked Susan Frost (of Providence) if we could propose depleting the fund to cover the community needs for food — FISH and Meals on Wheels. Susan suggested funds going to the fire/EMT departments as well," she said. "Ken started his volunteer fire work at Parkdale. When we moved to Hood River, he joined West Side. He worked closely with all the fire departments over the years for city, county and wildland fires. He was heavily involved in the 2008 fire that approached Stonehedge Inn.

"Ken and the orchard were profiled in a 26-minute video by America’s Heartland, 'Blossoms of Hope,' that talks about agriculture, love of the land, prejudice and diversity. It alludes to the adversity the Japanese-Americans went through.

“And, in my opinion, mirrors some of the degradation we see today in accepting, respecting differences and valuing our neighbors,” Nancy said. The video can be found online at americasheartland.org/episodes/episode_418.

The video narrator says, “The lure of the land is something Ken Tamura can’t really explain.  As a young adult he was working in California, when his parents told him someone had made an offer on the property, and to 'come back or we’re going to have to sell the farm.' I guess it tugged at my heart strings,” said Tamura, shown in the video wearing his combined UO-OSU ball cap, reflecting his children having attended both schools.

His grandparents came to the U.S. in 1907, and his grandfather learned English, returned to Japan in 1913 to get married and returned to the Hood River Valley. Part of his land was cleared and he had to clear the rest with grub hoe and dynamite. “That’s all they did was work hard back then.”

Like all Japanese-Americans in 1941, the family was incarcerated in internment camps. A neighbor looked after the Tamura land, but on return, the families experienced “a lot of discrimination and anti-Japanese feelings,” Ken noted.

Nancy wrote, “Ken was known for his quick and ever present smile. It is what most folks who think of him say. They miss his smile and his interest in them. He’d ask about their children, their parents ... their lives and genuinely care about their answers and remember. And he was always checking in on those within his circle. He would stop by a neighbors to just ask how they were doing ... did they need anything? He would snow plow their driveways up and down the road. He also wrote a children’s book he wanted promised finished. In it, Ken tried to capture the entire orchard process from winter to winter, aspects of farming we turned that into a ‘coloring’ book a couple of years ago.”