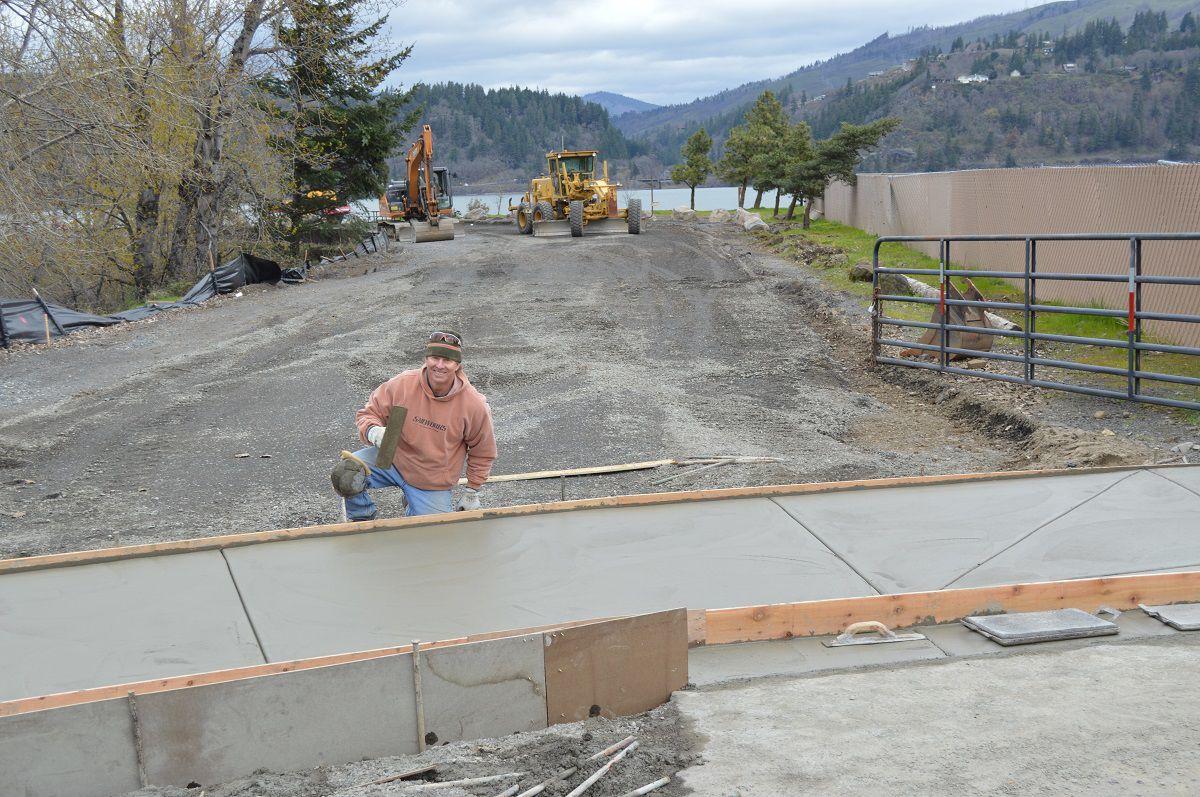 AT THE HOOK: Scottie Freeman of Freeman Construction smooths pavement at Portway and the Hook road. 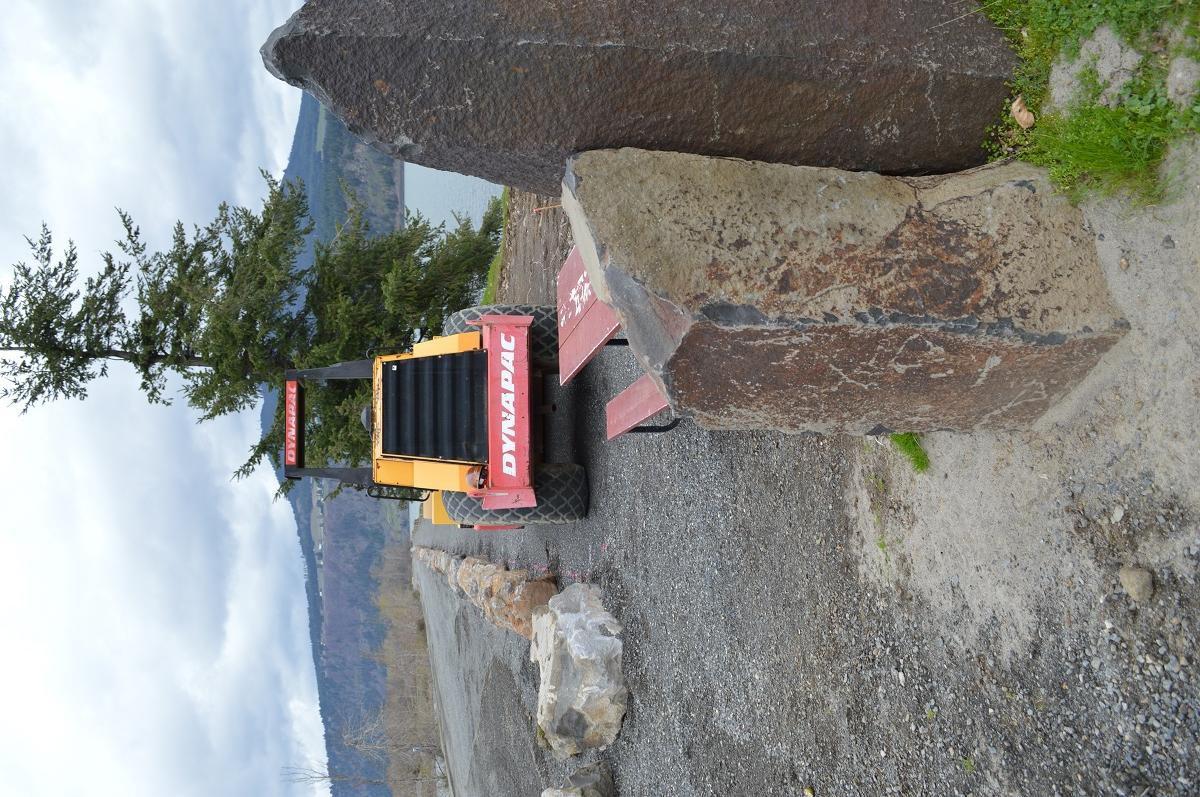 A look west down the Hook road, with its new line of boulders separating cars from pedestrians. Many of the boulders were extracted from the road during outfall project excavation.

AT THE HOOK: Scottie Freeman of Freeman Construction smooths pavement at Portway and the Hook road.

A look west down the Hook road, with its new line of boulders separating cars from pedestrians. Many of the boulders were extracted from the road during outfall project excavation.

Work is almost complete on the City of Hood River’s $1.3 million sewer outfall relocation project that has closed the Hook recreation area all winter.

Paving of the road and a new asphalt pathway along the Columbia River are scheduled to be done by Friday, according to Hood River City Manager Steve Wheeler.

The public can use the Hook road and pathway starting Friday.

A line of large boulders separates the road from the pathway, which will extend the Shoreline Trail from its existing west terminus at the base of the Hook.

“The road looks great. The city has done a wonderful job,” said Liz Whitmore, waterfront coordinator for the Port, which owns the property.

Freeman Paving of Hood River completed curbing on the cul-de-sac end of Portway Avenue, connecting to the Hook road. Public Works Director Mark Lago said the paving will stretch from Portway about 200 feet around the corner. The straight stretch of the Hook road will remain gravel, but it has been newly surfaced.

In the spring and summer seasons, the Hook becomes one of the community’s most popular access points for windsurfers, stand-up paddlers, and kayakers.

The Port of Hood River will complete amenities at the west end of the Hook in May, according to Whitmore.

Another improvement is in the works on Port of Hood River and City of Hood River property adjacent to the Hook. City Council heard a report Monday from Lori Stirn and Scott Baker of Hood River Parks and Recreation District. It will be built at an estimated $40,000 cost on port and city land just west of the city Waste Water Treatment Plant at the end of Portway.

The park could be built by 2017 and will involve an intergovernmental agreement that the Port must also approve. The park would feature fenced areas with access to the water, a parking area and, potentially, a restroom facility. The Parks and Recreation District would maintain the park. Stirn and Baker said plans continue for a second dog park, on the Heights on Union Street near Belmont.