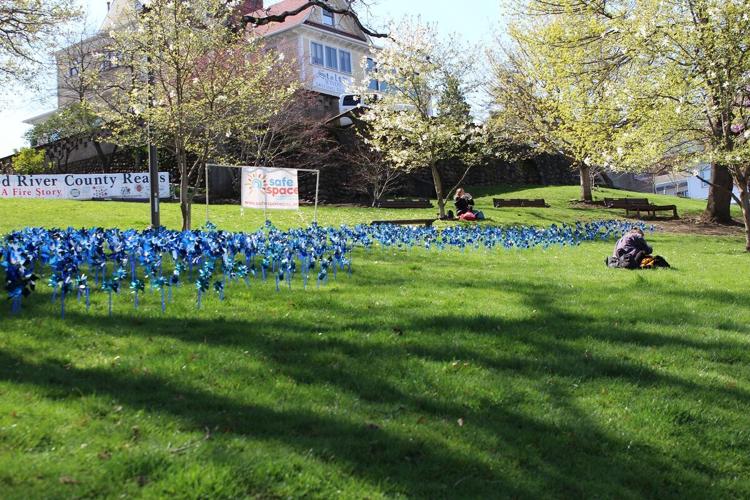 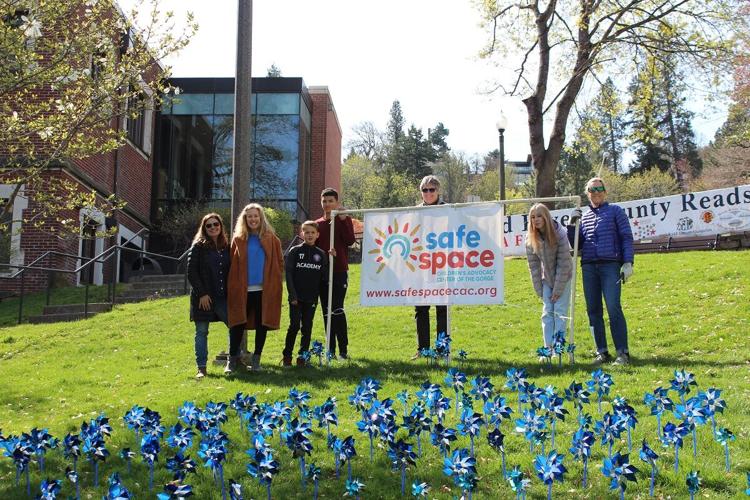 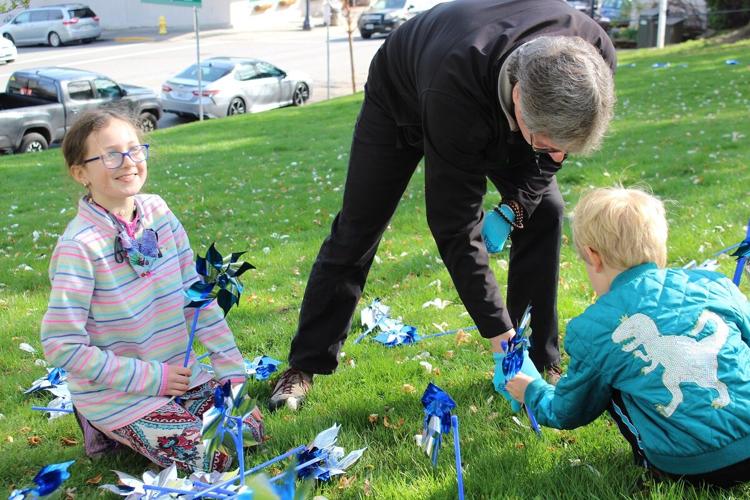 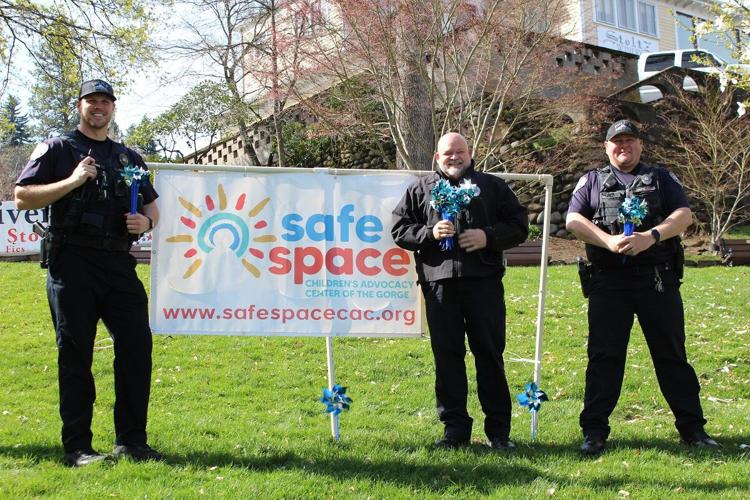 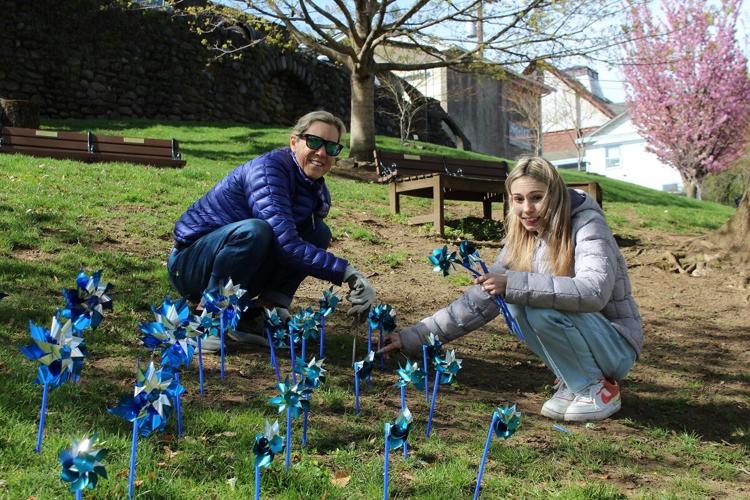 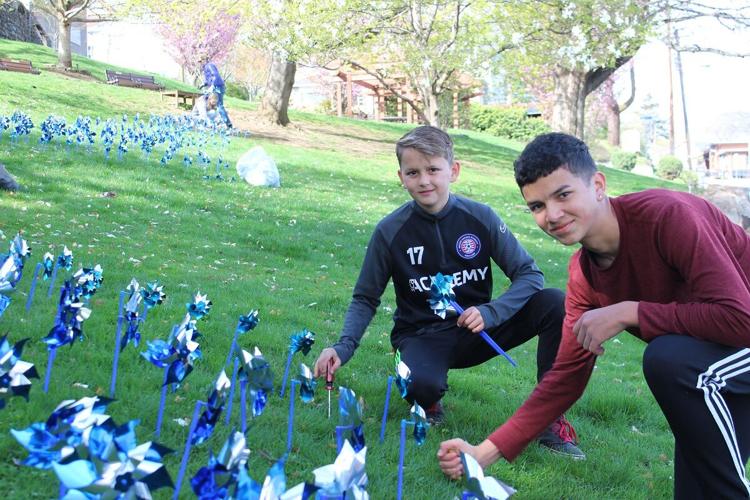 Locally, SafeSpace Children’s Advocacy Center of the Gorge collaborates with law enforcement and child protective services to provide a safe and healing place for child victims to tell their stories of abuse.

Since 2009, SafeSpace has served over 800 children from its five-county service region: Hood River, Wasco, Gilliam, Wheeler, and Klickitat County.

SafeSpace provides a single point of contact for child abuse victims, offering trauma-informed care in a child friendly environment. Children are interviewed by a highly skilled Forensic Interviewer and a medical exam is conducted by doctors specializing in child abuse.

Children and families have the support of an advocate who connects them to needed support, including counseling.

In 2008, Prevent Child Abuse introduced the pinwheel as the national symbol for child abuse prevention.

It serves as a physical reminder of the healthy childhoods that we all want for our children.

The installation of pinwheels on the Hood River County Library lawn represents one of the over 800 children seen at SafeSpace for child abuse assessment.

In response to regional need for its services, SafeSpace is planning for growth.

A new SafeSpace facility would double the organization’s capacity from 160 to 320 cases per year. \

Just recently, the State of Oregon announced it would invest $2 million in the project.

For more information about the mission and work of SafeSpace, visit www.safespacecac.org

Seussical Jr. the musical opens at Civic Auditorium in The Dalles