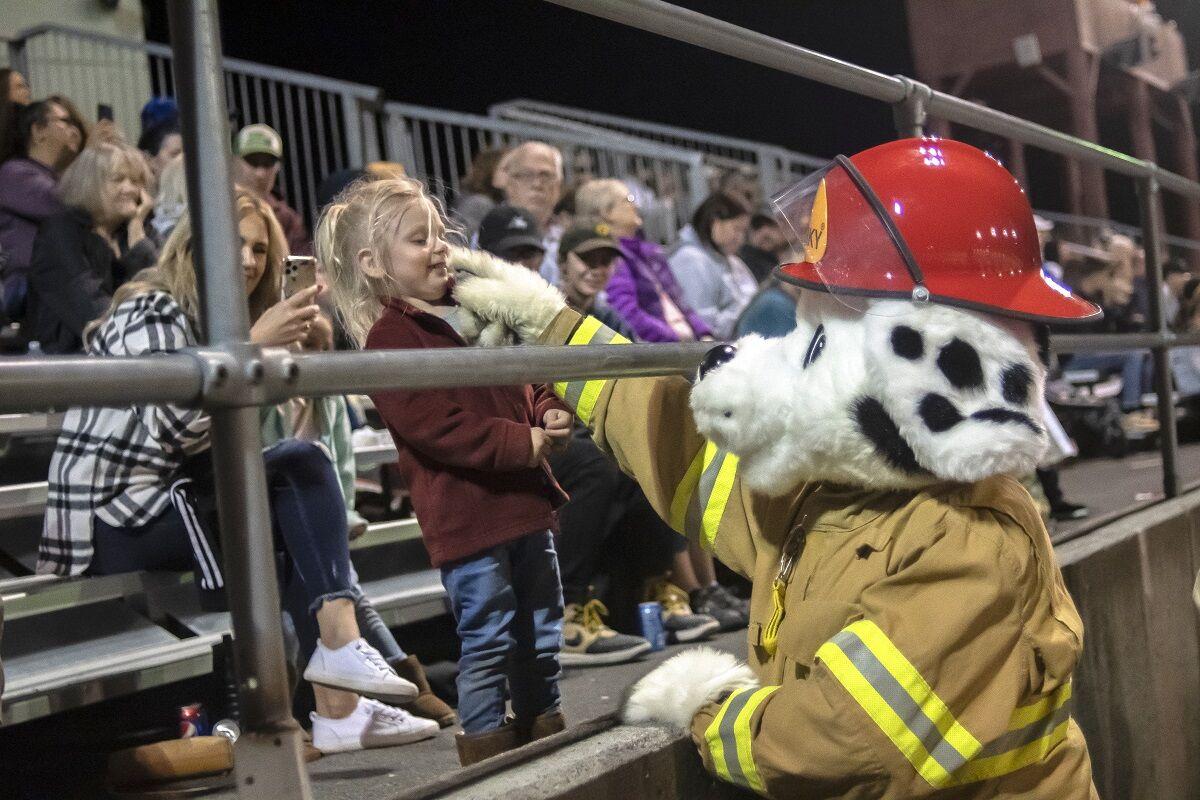 Sparky the Fire Dog pats Evie Foster, 3, on the cheek along the sidelines of Saturday’s Pig Bowl game. She was attending with her sister Gracie Foster and mom Karlie Foster. 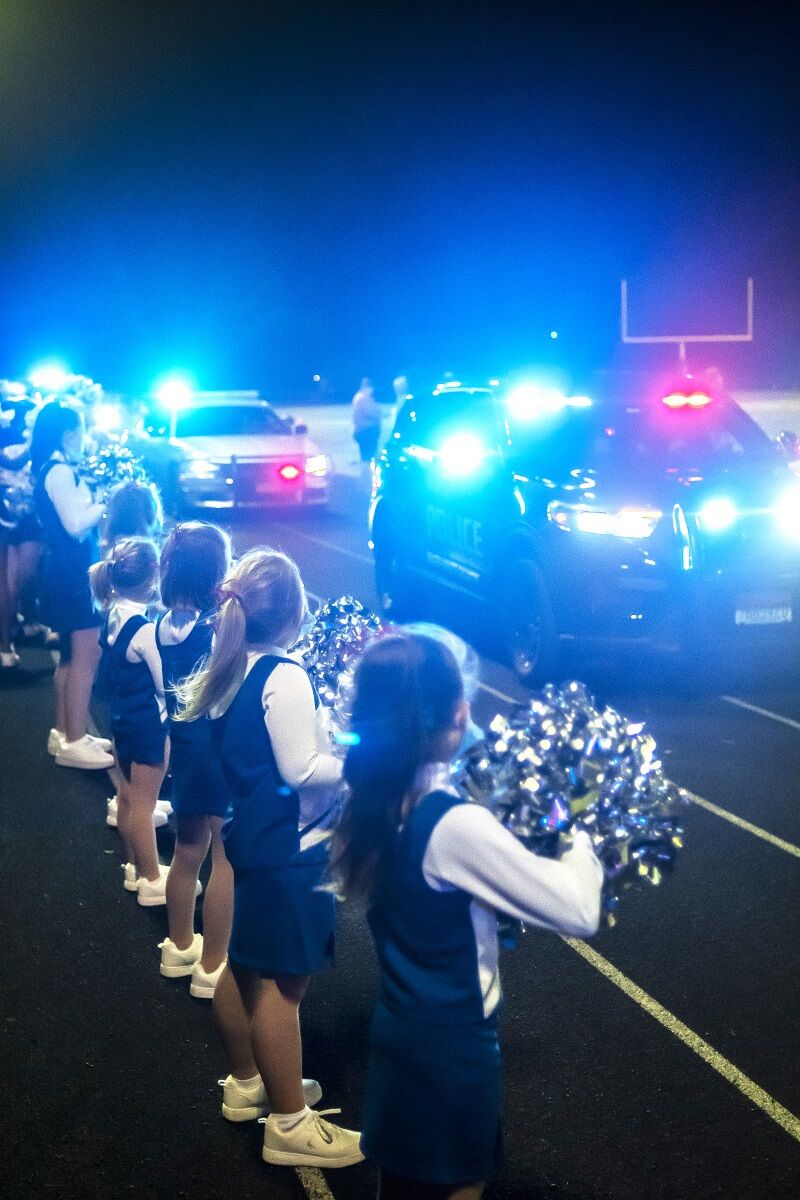 Cheering as the law enforcement escort circles the Pig Bowl field are members of the Team USA All Star Cheerleaders of Goldendale’s Touch of Class Dance Studio. “One of our dad’s is playing, so of course we had to together a squad,” said coach Gina Mosbrucker. 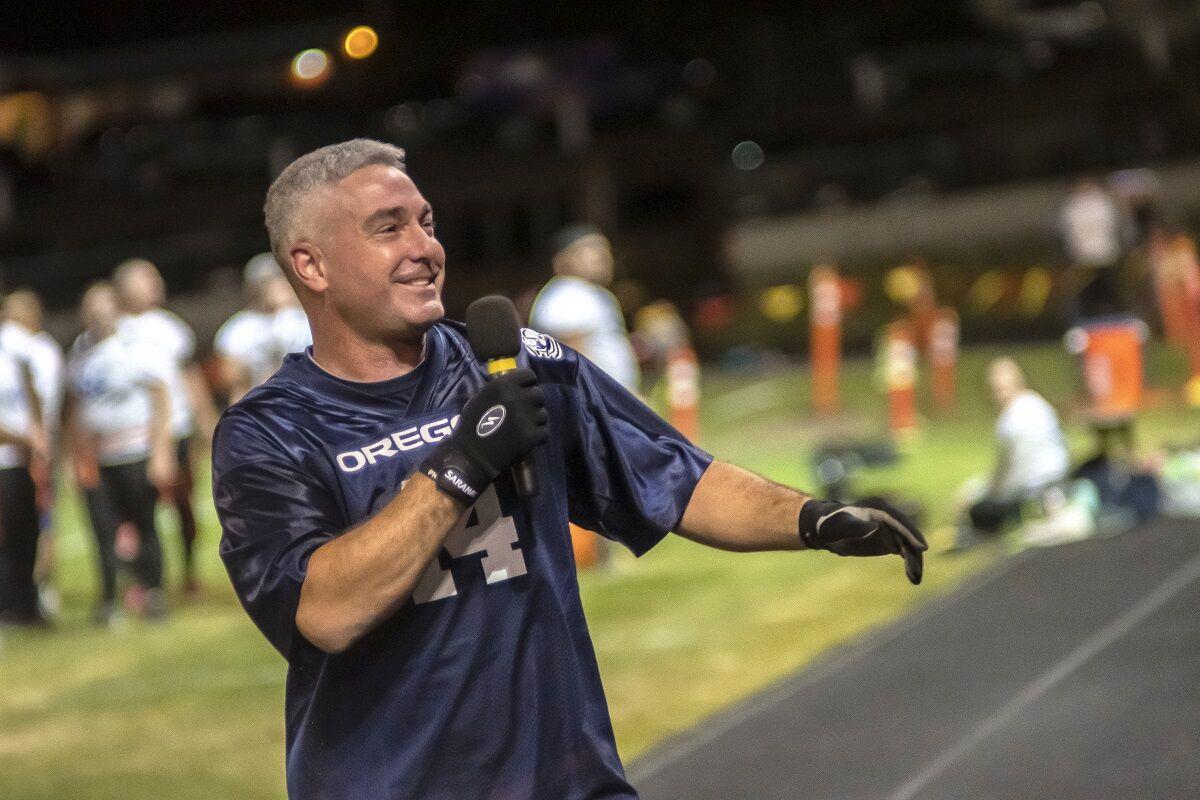 Senior Trooper Michael Holloran of Oregon State Police, above, works the crowd at the Pig Bowl Saturday, Oct. 2, at the Wahtonka Campus of The Dalles High School. Holloran led law enforcement participation in the event with 17 years of Pig Bowl history. 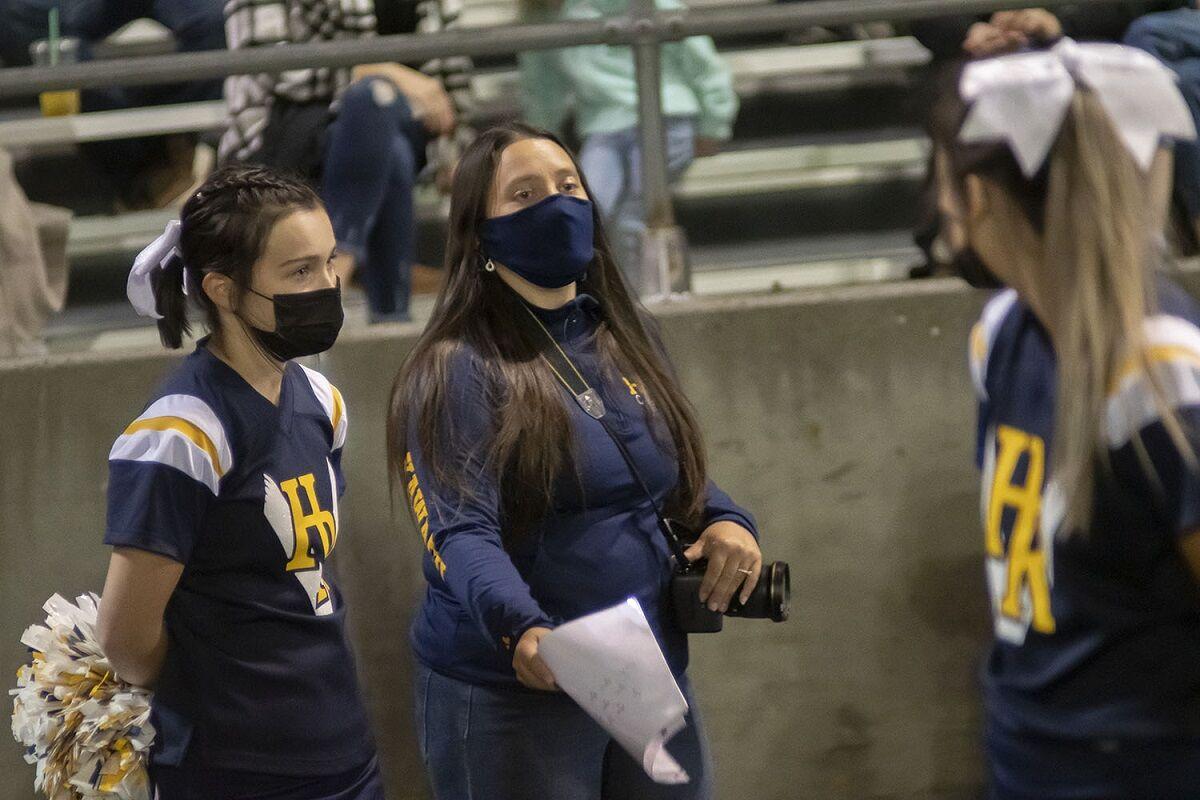 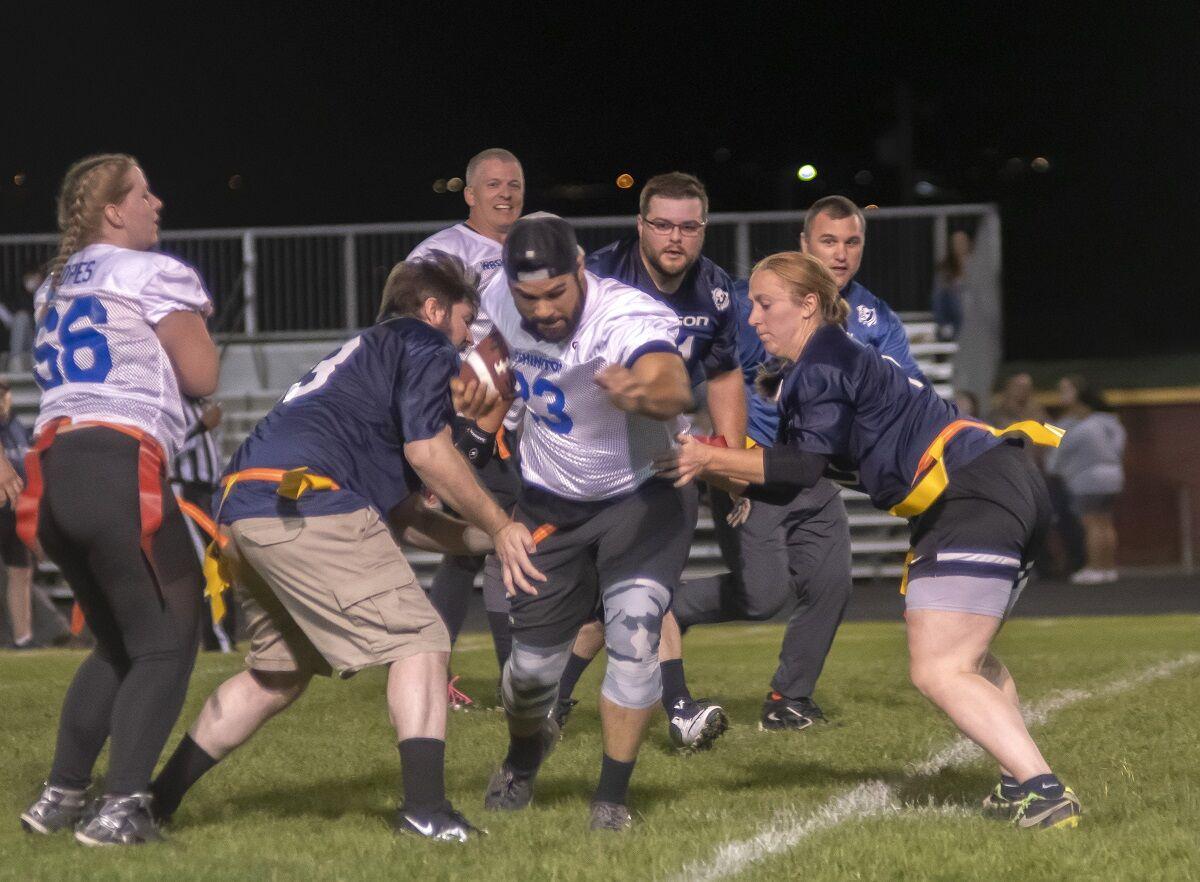 The final score gave the victory to Oregon, who racked up 3,342 points versus Washington’s 3,185 points.

Oregon and Washington law enforcement personnel met head to head in The Dalles Saturday, Oct. 2, to battle it out on the football field in the annual Pig Bowl flag football event.

This year’s fundraiser event was to benefit two families: Ezra Blue Duckwall, 3, and his family. Ezra has been diagnosed with Modulloblastoma, an aggressive and malignant cancer. Also benefiting is Maleigha Barrett and her family. Maleigha was born with severe Cerebral Plasy and Pachygyria, and is wheel-chair bound.

The game drew a capacity crowd to the Wahtonka campus of The Dalles High School, opening with a purchased point score of 3052 for Washington law enforcement, and 2737 Oregon enforcement: Touchdowns (7 points) could be purchased before and during the game for $50, 3 points for $25, and 1 point for $5 (and a pig noise over the PA during the game.)

Donations were flowing in hot and heavy throughout the evening.

On the sidelines could be found Smokey Bear, Sparky the Fire Dog, Bobber the Water Safety Dog and Mc Gruff the Crime Dog.

Cleaning up after the game were members of Boy Scouts Troop No. 398.

The event was supported by a host of community leaders and volunteers, as well as businesses, vendors and others from throughout the Gorge.