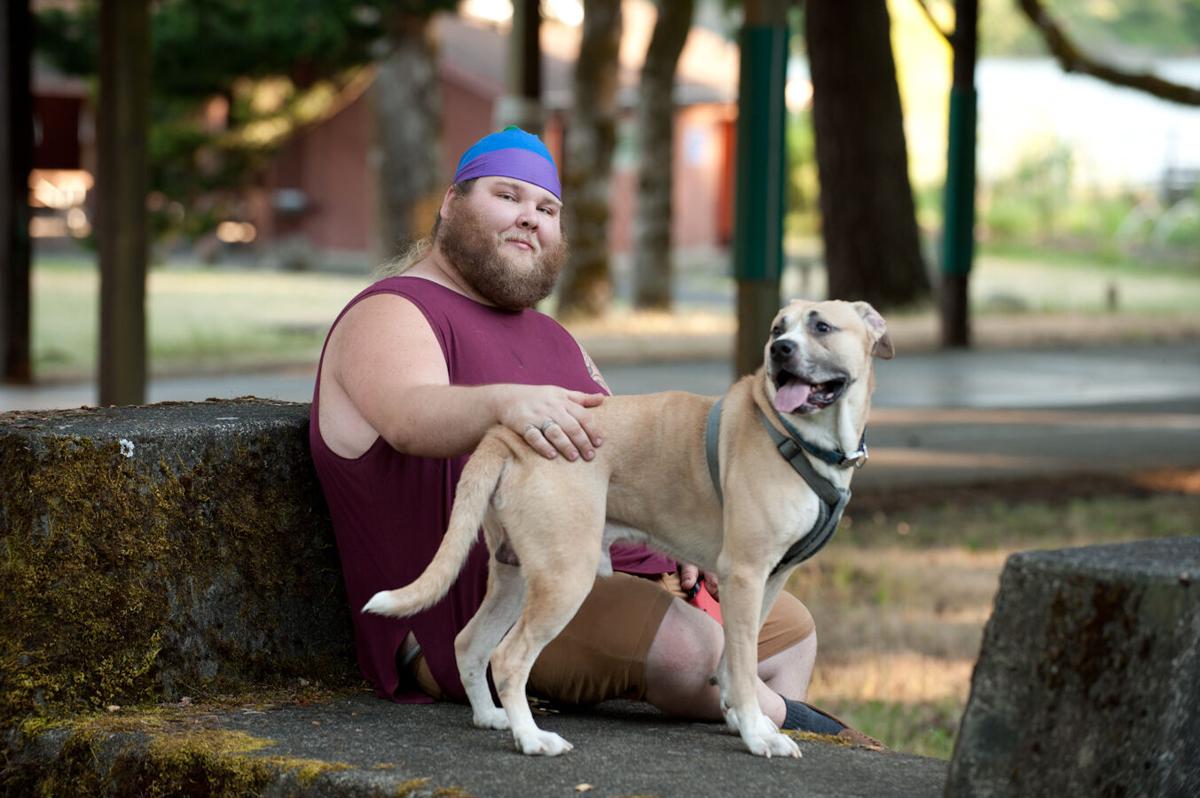 Chris Cline is the new department coordinator for homeless outreach in Skamania County. Cline is pictured here with his dog, Tank, but credits another dog, Sheeba, who has since passed away, with being the catalyst for how he escaped homelessness. 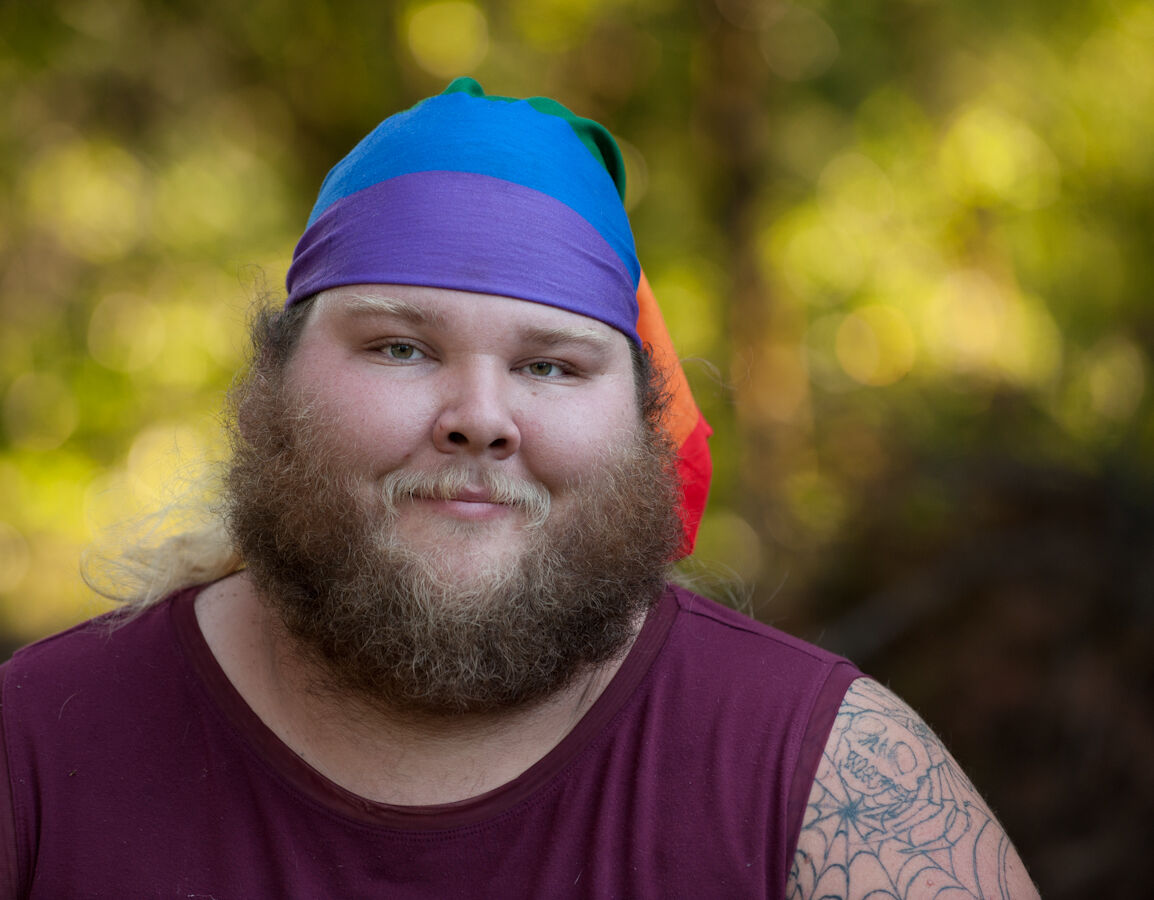 STEVENSON — A recent grant award of $10,000 from the Community Foundation of Southwest Washington to Washington Gorge Action Programs (WAGAP) has been matched by the Skamania County Homeless Housing Council to continue the group’s mission to prevent and eliminate chronic homelessness throughout the county.

Doubling this funding allows WAGAP to work specifically toward two of the council’s goals in its five-year plan. First, by hiring an outreach coordinator with lived homeless experience, it will help identify and engage people experiencing homelessness. Second, by setting up a new shower facility, it will improve services for homeless residents to prepare for employment, providing more opportunities for self-sufficiency.

WAGAP hired Chris Cline as the new department coordinator for homeless outreach in Skamania County. Cline takes on this new role following his work this winter with the new Warming Shelter. He explained that his years of experience growing up in domestic violence and homeless shelters give him the perspective to be successful in his new role.

“I’ve been there and I get it,” Cline said. “It makes me relatable when working with our clients.

“The last time I was homeless I’d been living in my tent in the back of someone’s property. They found me and told me to get off the property. I took my dog to the next property and tied her up and went back to get my stuff. When I got back, she was gone,” Cline said. He explained how important it was to have his dog with him. It kept him grounded and helped him fight off loneliness. “My dog was my world,” he said.

He was then confronted by the person who had “rescued” his dog. They were upset and wanted to know why he had abandoned it. He asked them to calm down and listen to his story. They did. Once he shared his history, his current situation, and his love for his dog, they offered assistance. This unexpected interaction helped him to break the cycle of homelessness.

“They took me in for two months,” Cline said. They helped him get back on his feet and offered him a place to sleep, to shower, and provided a way for him to search for a job. He found work and has been doing well since. This act of kindness keeps Cline motivated to help others.

“If a complete stranger hadn’t opened their door, I would still be there,” he said.

The addition of a showering facility in Skamania County makes Cline’s outreach position even more relevant for him. He hopes to open the facility soon to give others an opportunity for personal grooming so they can put their best foot forward for employers.

Skamania County Commissioner Bob Hamlin said that commissioners rely on councils and staff to advise them where resources should be allocated.

“Money is limited and the reality is you can burn through that fairly quickly,” he said. The county’s Homeless Housing Fund supports multiple projects such as the emergency shelter and the warming shelter. They need to be thoughtful about where they direct the remaining funds. Additional outreach and keeping a facility open year-round are a good fit.

“The site that functioned this winter as the warming shelter is the county’s best choice for a shower facility. The building will have a chance to be utilized and have some regular activity in it, keeping it a little fresher and up to date, and it will serve a purpose to help these families,” Hamlin said

The Homeless Housing Council is made up of up to 15 members, from a variety of organizations and backgrounds, who are appointed for two-year terms by the board of commissioners. Debi VanCamp, council president, said currently there are several vacant positions. She hopes to add two more people who have some lived experience with homelessness, and a local realtor who understands housing markets and development in the Gorge.

Hamlin agreed. “We need more people at the table,” he said.

For anyone interested in being on the Skamania County Homeless Housing Council, or volunteering with local homeless programs, contact Washington Gorge Action programs by email info@wagap.org or call the Stevenson office at 509-427-8229.