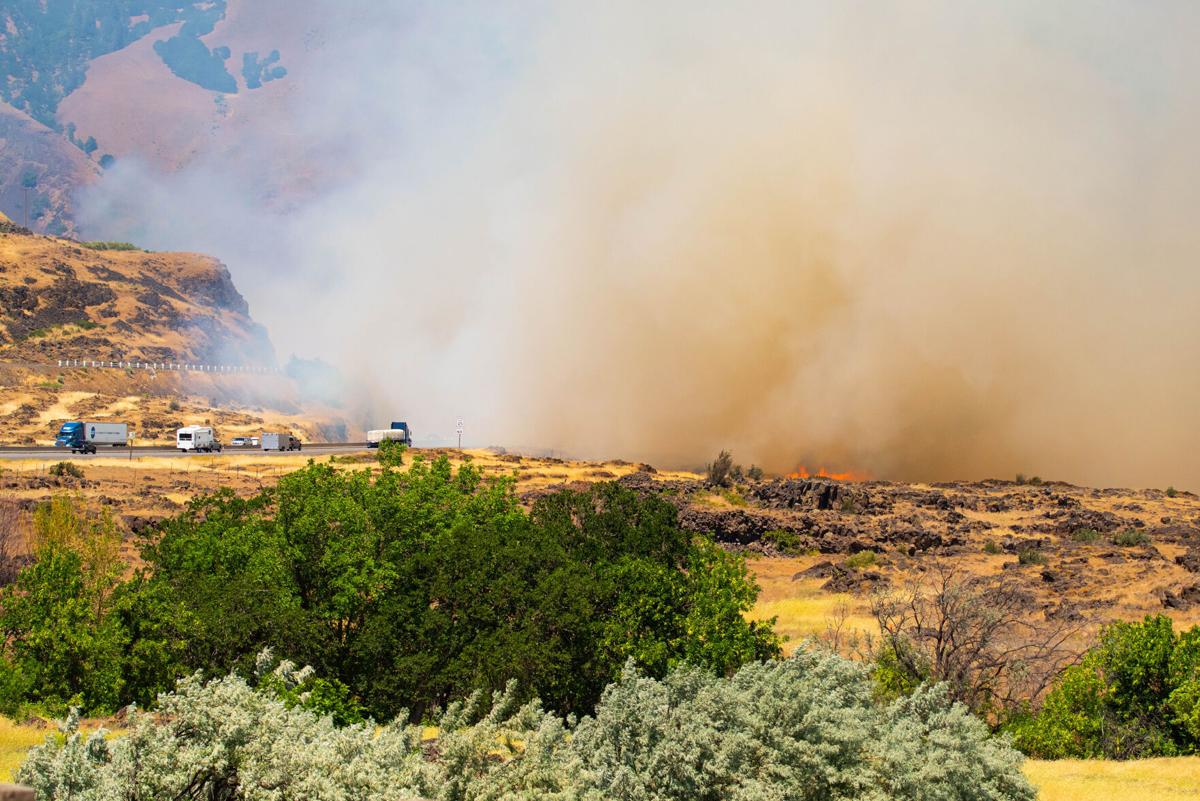 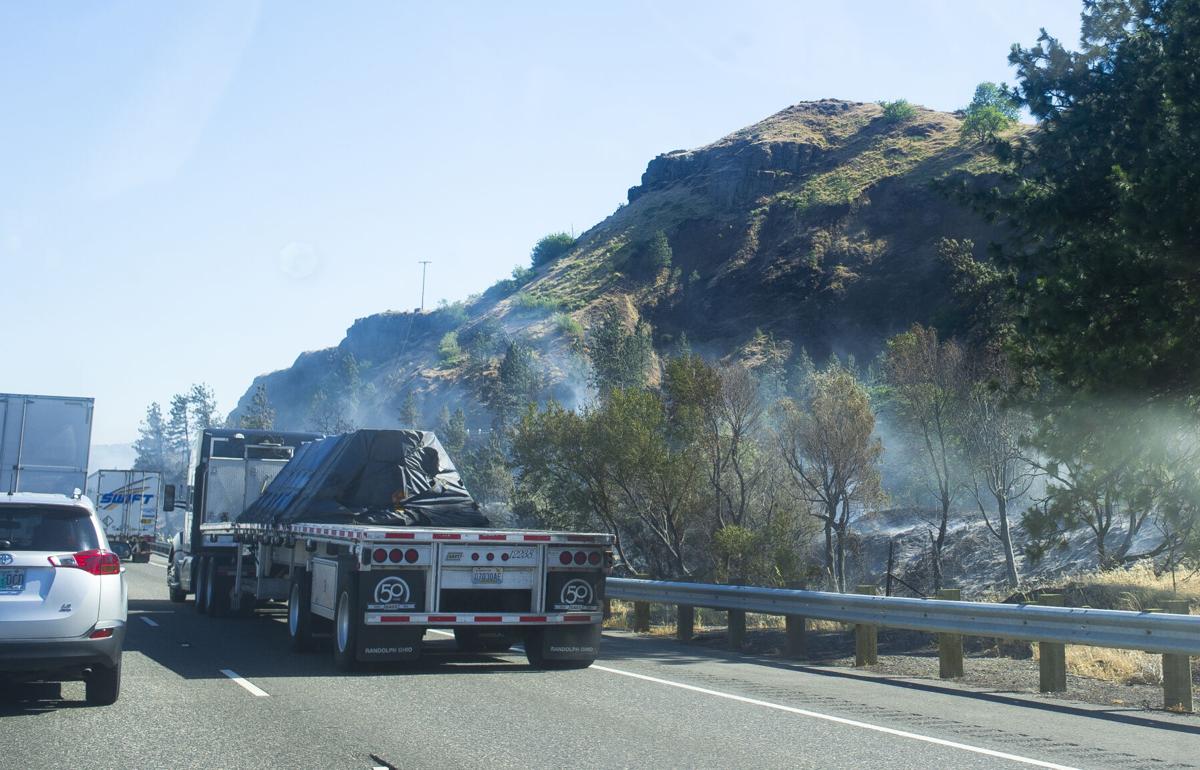 Traffic heading east on Interstate 84 passes Mile Post 85, still smoldering along the roadway June 2, 2021. These trucks and cars were “parked” just west of Rowena State Park for approximately 45 minutes as the interstate was shut down due to the fire.

Traffic heading east on Interstate 84 passes Mile Post 85, still smoldering along the roadway June 2, 2021. These trucks and cars were “parked” just west of Rowena State Park for approximately 45 minutes as the interstate was shut down due to the fire.

The Mile Post 85 fire, ignited just east of Pinewood Mobile Manor west of The Dalles Wednesday, June 2, is now estimated to have burned 170 acres and is 70% contained, according to Fire Chief Bob Palmer of Mid-Colulumbia Fire & Rescue. The fire grew rapidly, burning in grass, brush and scattered timber. Initial damage assessment from the fire includes BPA and PUD infrastructure, two road culverts, a water pumphouse at Pinewood Mobile Manor as well as fencing, shrubs and landscaping at both Google date centers, and the wooden bridge along riverfront trail near Home at Last.

Interstate 84 was closed both directions for a time during the fire, which burned next to and jumped the interstate.

The cause of the fire is under investigation.

On Thursday, crews and engines from Mid-Columbia Fire and Rescue, Oregon Department of Forestry and the U.S. Forest Service continued to check for residual heat and extinguish them (mop-up operations) focusing on areas around the Pinewood Mobile Manner, Taylor Lake and Chenoweth Creek. Fire officials hope to have the fire at full containment within the next few days.

The Wasco County Sheriff’s Office originally issued a Level 3 Evacuation (GO!) in the immediate area reduced it to a Level 1 Evacuation (Get Ready!) as a precaution last night. This morning at 9:30 a.m. all evacuation levels were dropped.

Fire officials ask the public to avoid the fire area, including the River Front Trail, until firefighting operations are completed.

“We are experiencing an early start to the wildland fire season. Based on the rapid growth and intensity of this fire, the outlook for this summer is leaning towards a fairly active fire season,” said Palmer. “We ask that the public please be extremely careful around dry vegetation and be especially vigilant this time of year.”

A burn ban is already in effect for Wasco County.