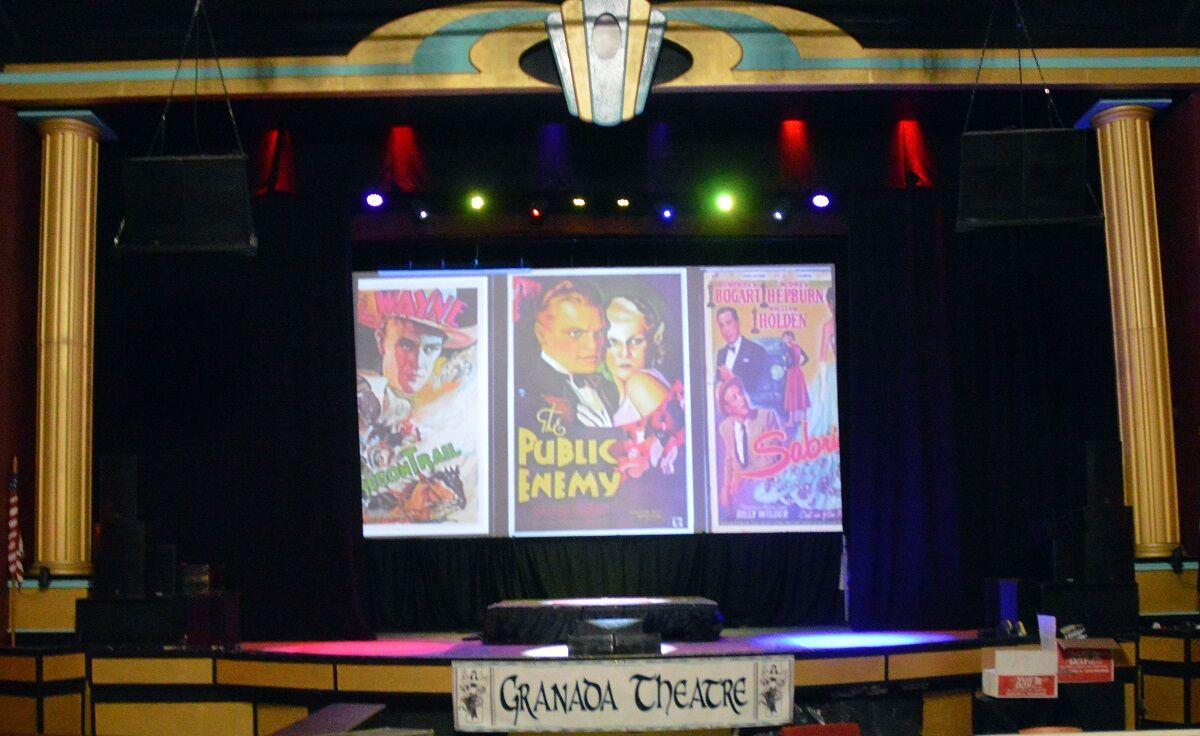 The stage in the Granada Theatre is frequently used for concerts, while the screen is used for showing of classic movies. 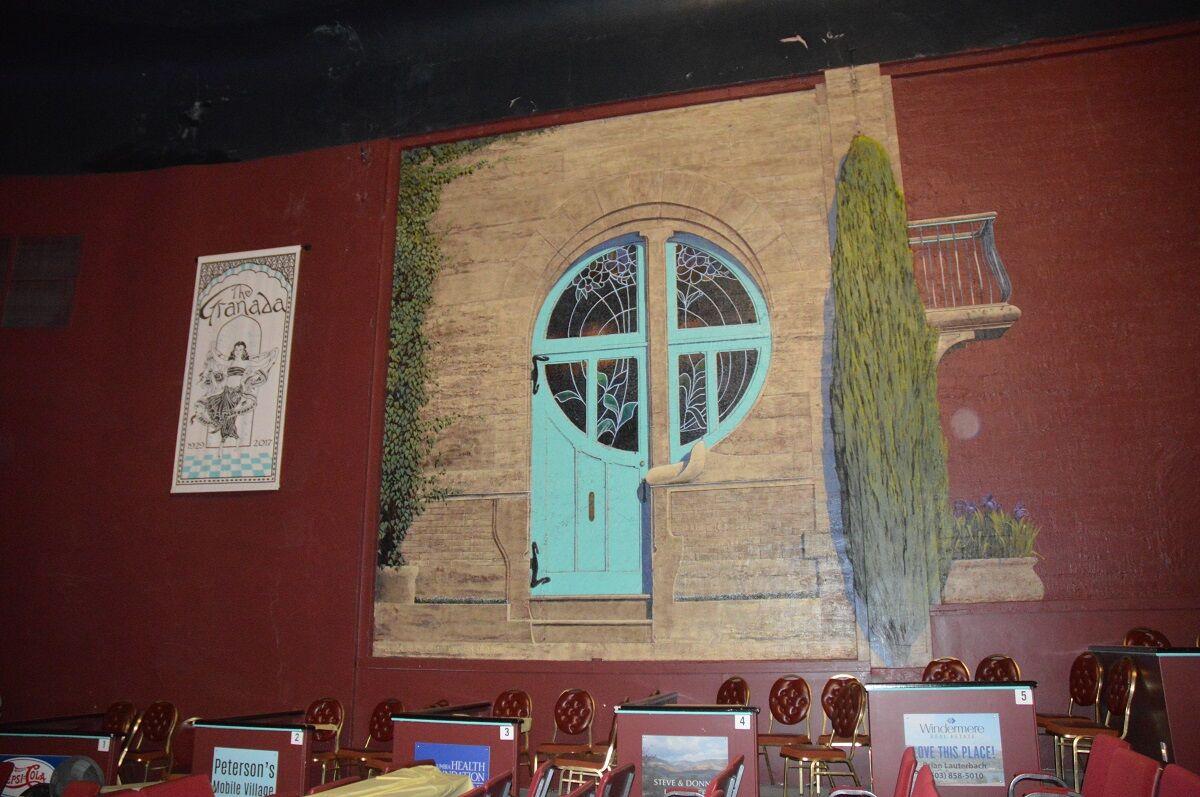 The Granada Theatre has two large murals on opposing walls. The murals were done by Bend artist Glenn Ness and were meant to showcase the art deco era that the theater began in. 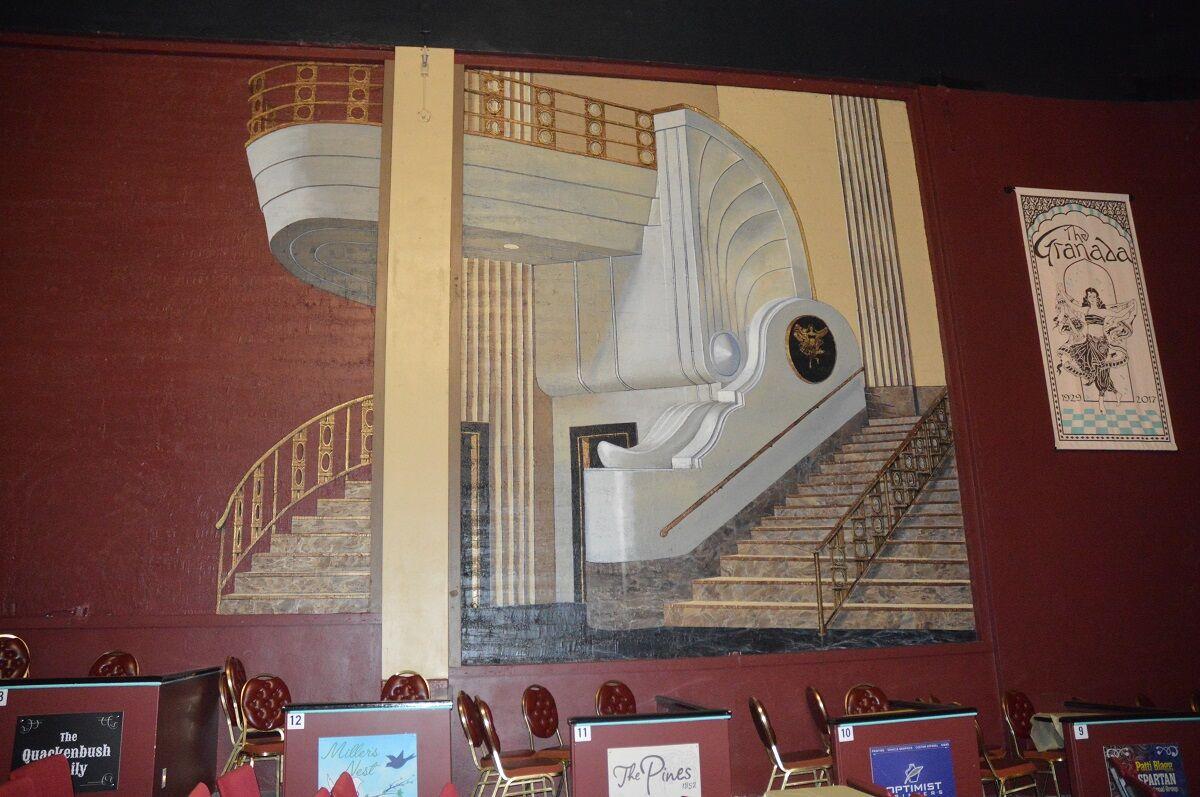 A second mural at the Granada Theatre, The Dalles.

THE DALLES — When the COVID-19 pandemic struck in 2020, The Granada Theatre in The Dalles, like all businesses across the Gorge, found itself faced with a new and startling reality. With closures and changes in regulation around every corner, the Granada could’ve very easily been lost in the chaos. However, owners Chuck and Debra Gomez saw what the Granada could provide to the community and worked hard to keep things going.

As regulations came, Chuck and Debra were constantly brainstorming and finding ways to still provide entertainment and belonging to the community while being mindful of and respecting all regulations.

In many ways, Chuck and Debra felt uniquely ready to adapt. Their whole time running the Granada has been a series of unexpected events, but they’ve always found a way to work around, and sometimes with, the changes, Chuck said. When the pandemic hit, they had just been coming off of another complication.

In August 2019, the building next door to the Granada collapsed. They had been running a small cafe in junction with the theater, but when the building collapsed, the sidewalk on that side of the building became closed, barring entrance.

When the sidewalk finally reopened, it was the end of February 2020. March was when the pandemic hit. Up until then, the theater had been showing classic movies on Friday nights. When the pandemic initially hit, there were concerns, but they decided they would keep going.

“We were allowed to have one or the other, either movies or food,” Chuck said. “So we really kind of stepped up our Friday and Saturday night classic movies. And that’s what it was, it was just classic movies. 1950s movies, black and white. They’re really a lot of fun.”

Not long after, however, the state adjusted the regulations.

“The state says, ‘You can’t be a movie theater, but restaurants can be open,’” Chuck said. “So we became a restaurant again that happened to have a big screen TV … We started showing movies where we would take the meal out of the movie and Debra would make the dinner that was being served in the movie, and that became our themed dinners with the movies.”

The themed dinners included the forest feast from “Robin Hood,” and the Arabian feast from “Baghdad.”

Chuck said they didn’t have a lot of attendance during the pandemic, sometimes only having six people show up.

“It wasn’t a lot of people but it was enough to keep the theater alive,” Chuck said.

Last Friday, July 23, the Granada showed their first movie in a month, after closing due to the heat wave. They previously only had an evaporative or “swamp” cooler, but are in the middle of installing heating, ventilation and air-conditioning (HVAC).

The movie shown on Friday was “North to Alaska,” a John Wayne movie in which the actor plays a prospector. It’s different from a lot of the movies Wayne usually starred in, but features the same spirit, Chuck said.

“It’s a cowboy movie without horses,” he said.

The dinner paired with the movie was a “John Wayne campfire dinner,” Chuck said, with brisket, baked beans and biscuits.

Chuck and Debra have owned the Granada since 2017, and they’re glad to continue to keep the space alive, especially throughout tough times, Debra said.

“We just have a creative spirit and we allow it to blossom and bloom, and we do what we can with the theater,” Debra said. “We know that we are just the caretakers. Yes, we own it on paper, but this building, this theater … it belongs to the community.”

The Granada Theatre is located at 221 E. Second St. in The Dalles.