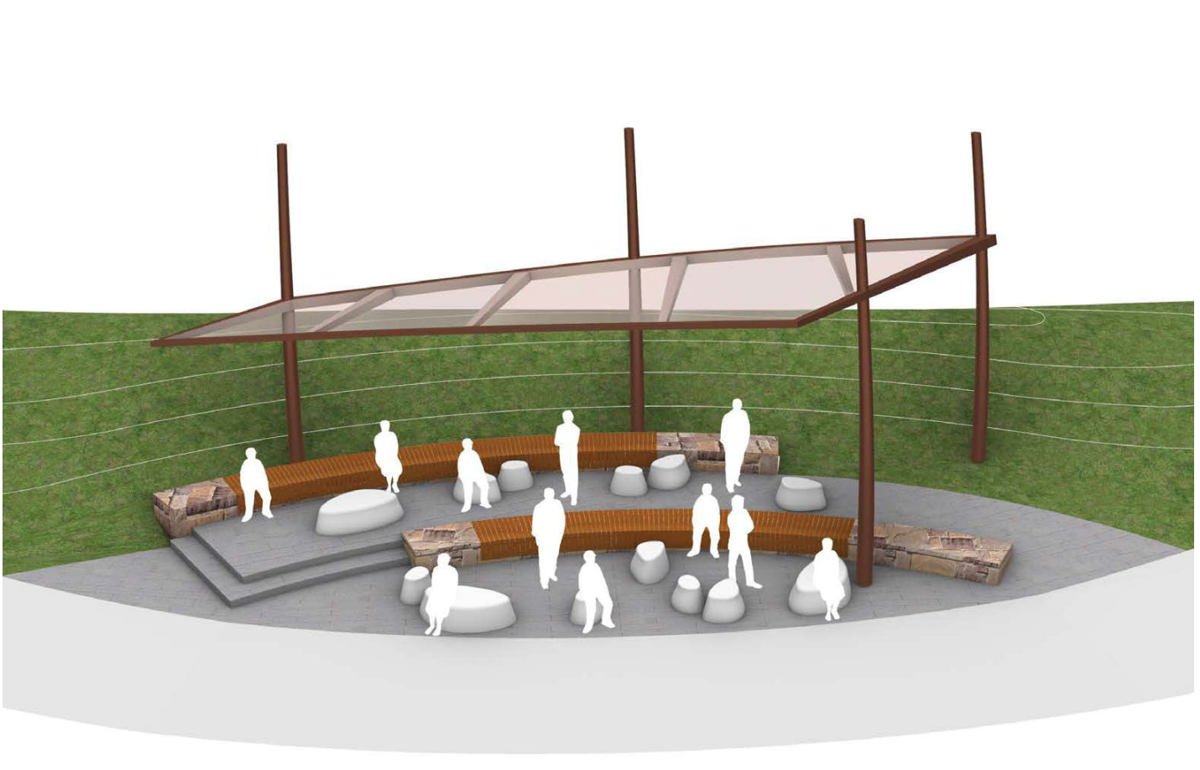 Concept art created by Walker/Macy Landscape Architects depicts the proposed design for the Steve Gates memorial at Nichols Basin, including a variety of seating, a grading change to the landscape behind, and a partial canopy resembling a windsurfing sail. 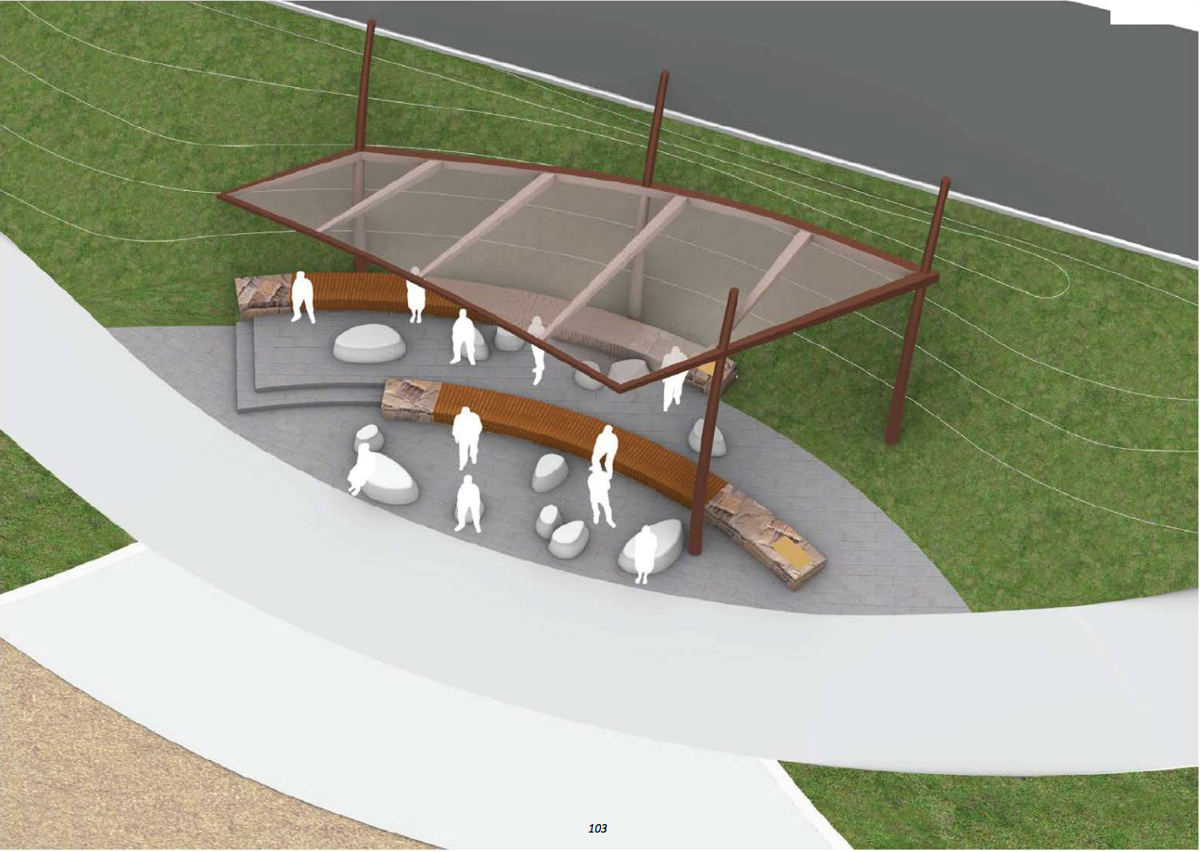 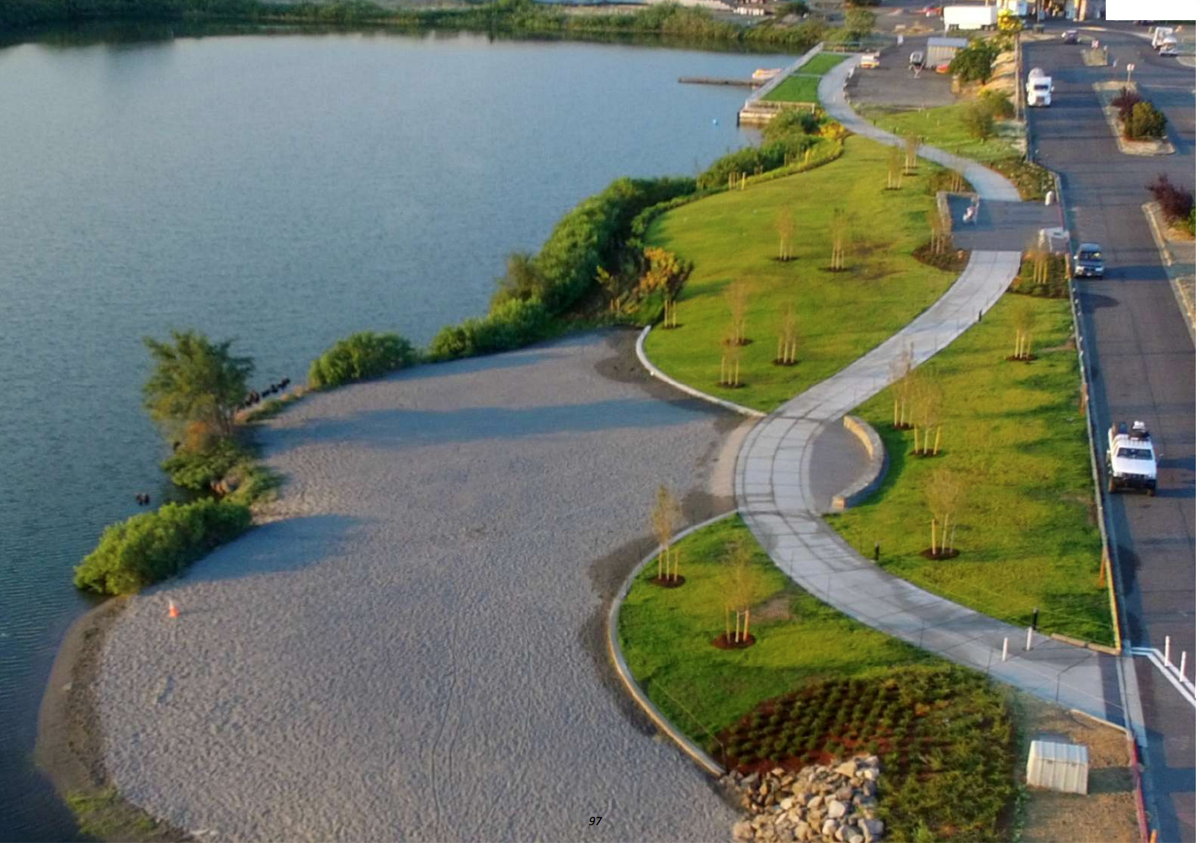 Concept art created by Walker/Macy Landscape Architects depicts the proposed design for the Steve Gates memorial at Nichols Basin, including a variety of seating, a grading change to the landscape behind, and a partial canopy resembling a windsurfing sail.

Work towards creating a memorial in honor of the late Steve Gates continues and, while social distancing guidelines currently prohibit community gatherings, the designs serve as a reminder that people will eventually be able to gather together again.

Gates, a water sports enthusiast and youth mentor who had a significant impact on the Hood River Waterfront’s development, died on Nov. 20, 2019, at the age of 69 after a five year battle with cancer. In the weeks that followed, several local business owners that Gates was close with formed an informal memorial committee, and The Port of Hood River contracted Michael Zilis of Walker/Macy Landscape Architects, a local firm that has worked with the Port on past projects, to come up with several initial concept sketches for a memorial at Nichols Basin. Zilis has collaborated with the committee, Port staff and the Gates family over the last six months to discuss elements of the design, and Zilis presented completed concept art to the Port Commission via Zoom during an April 21 meeting.

“We were charged to do was to look at the area of Nichols Basin … to look for space that would be appropriate and honorable for Steve, but also would have some energy,” said Zilis. “This is not to be kind of a solemn place, but a place to celebrate who he was and what he meant to the city.”

“People thought it was a nice space because it’s looking not only at the water, at the activity in the water, but at the beach and the community,” said Zilis.

A second bench wall would be added behind the existing one to create a tiered effect. Wood would be added to the tops of the walls for comfort, and additional pre-manufactured stools designed to look like large stones would also be brought in to provide a variety of seating.

“We thought the informality of these stools would be very attractive” Zilis said, adding, “By having more room, we think it will be a better community space for a variety of people to use.”

There also the potential to sandblast words such as “community” or “energy” to the sides of the stone stools to help tell Steve’s story and the story of the waterfront, and to add metal plaques to the edges of the benches.

“There were some key aspects that we thought were important to characterize in this space,” said Zilis. “One is his commitment to community, commitment to character, and just the basic energy that he brought to everything he did. So, our attempt is to develop a space that brings those characteristics as we honor Steve.”

The whole area would be covered in a punched-metal canopy, designed to look like a windsurfing sail.

“We think it will provide some really nice shade in the afternoon over the space,” said Zilis.

To protect the space from the wind, some soil would be added to the west to change the grading, and potentially some more trees would be planted.

“We’re being very cognizant about not creating a visual barrier from First Street to this location because I think it’s going to potentially attract usage you don’t want there, so it’s kind of a dual edge sword of trying to create some breakage from the wind but not creating kind of a hiding place,” Zilis said. The punched-metal design of the canopy is also designed to discourage unwanted campers. “We want to make sure it doesn’t protect, frankly, from the rain; we’re just trying to get some shade.”

The designs received unanimous support from the port commission, as well as approval by the memorial committee and Gates’ family.

“We went around for a couple different ideas and Mike did a great job pulling this back around the key elements in there,” said Jon Davies, a member of the informal committee. “Mike has really come up with, I think, something that’s going to be well used by the community, but will also honor Steve in a really subtle way.”

Zilis will continue working with the port and other interested parties to work out specific details of the design and calculate the cost of the project. The committee group will then solicit funds, prepare construction plans and specs, get feedback from port staff, obtain required permits, hire contractors and engineers and run the project with port approval. If all goes according to plan, construction could potentially start this May.