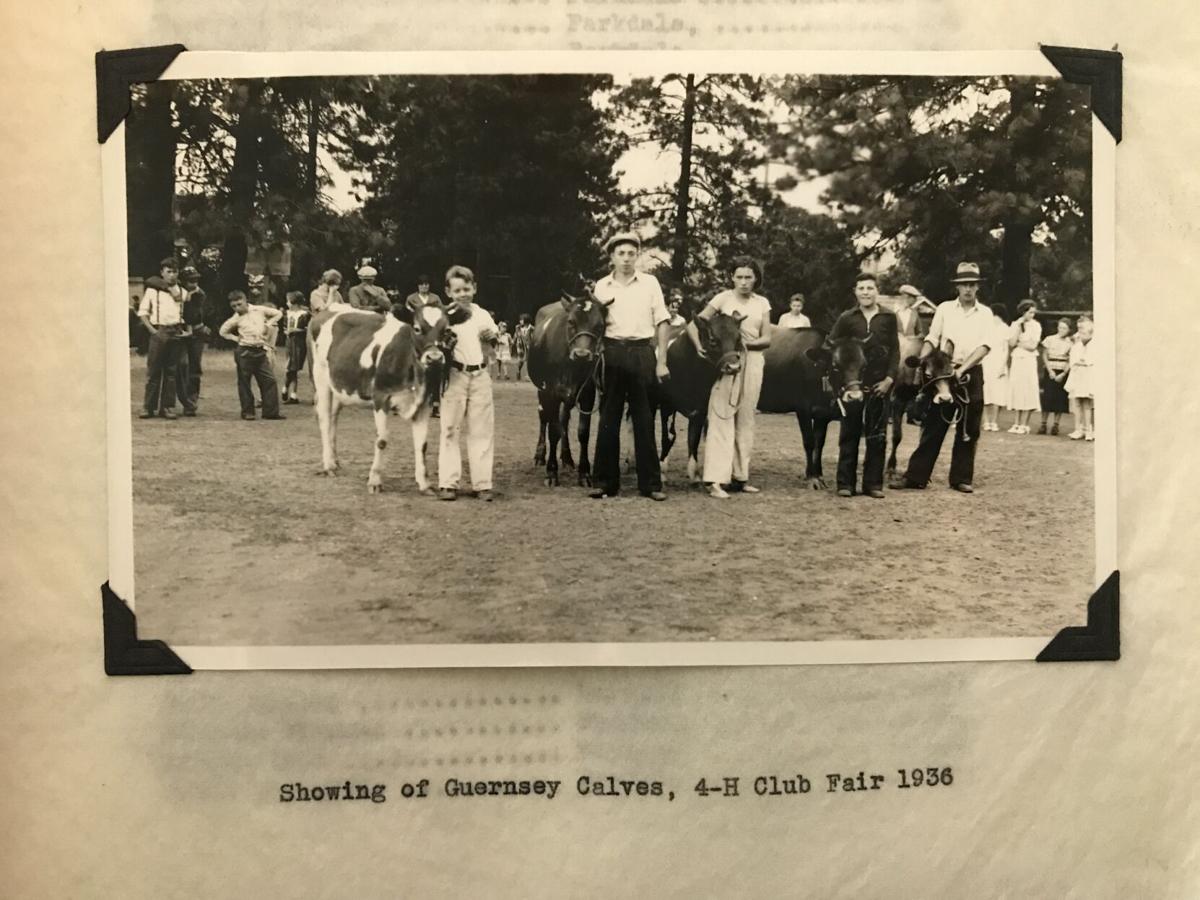 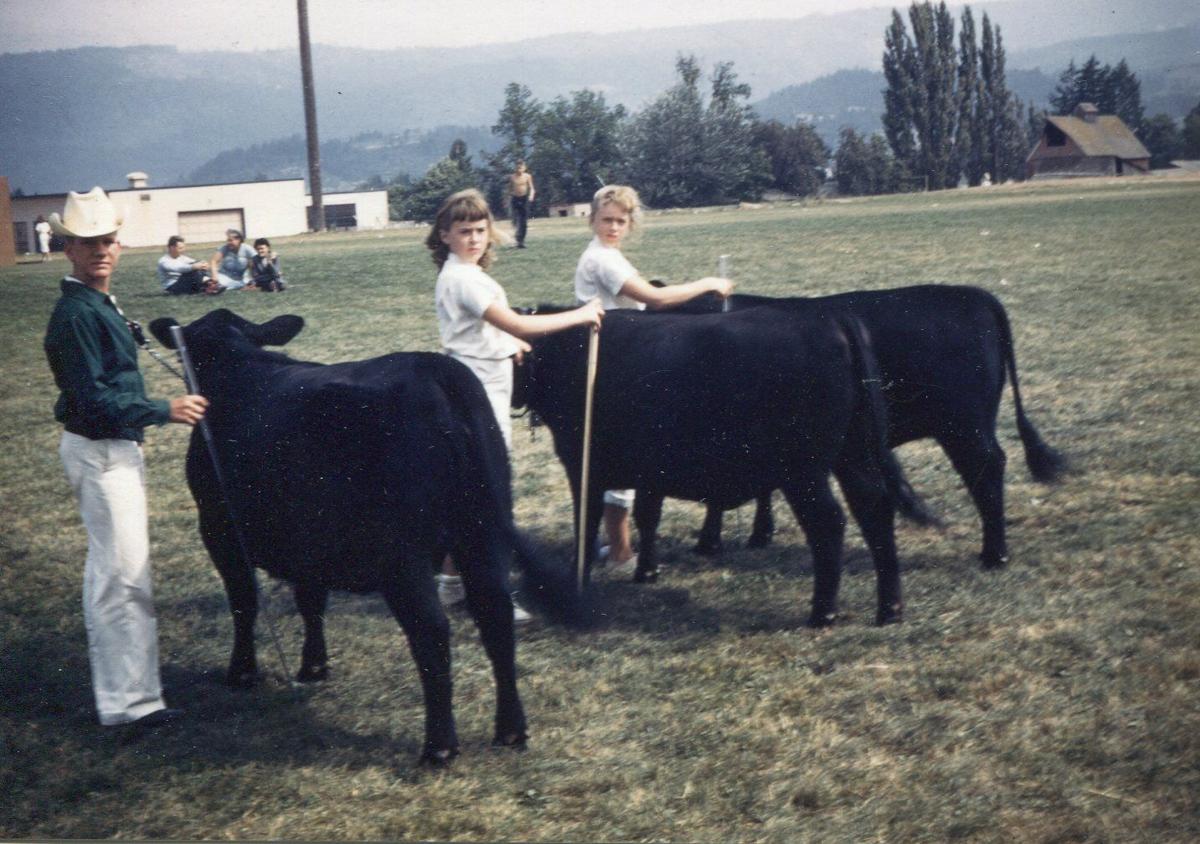 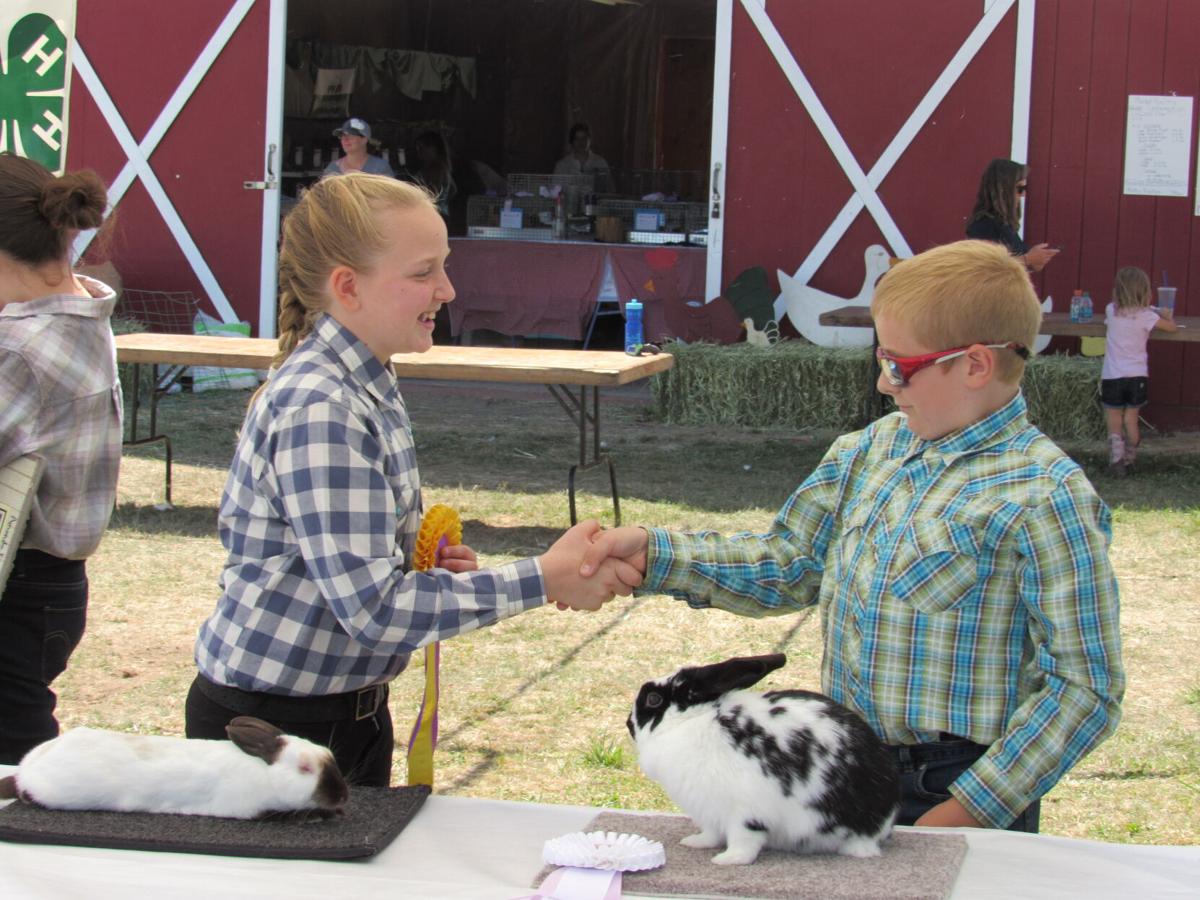 4-H has been a large part of The Hood River County Fair, offering programs for Hood River youth since even the arrival of the Extension Service in 1911. The fair has always served as a showcase of a years’ worth of hard work and learning. In the early years, the superintendent of schools was the 4-H coordinator for the county.

When Extension Agent Arch Marble arrived in 1929, he began to take on some of the club duties. The first clubs were in the livestock area. Twenty-three boys exhibited 28 head of high-class dairy stock at the County 4-H Club exhibit. Bob Nunamaker and Ralph Kirby showed their prize winners at the Oregon State Fair. This was the first time that Hood River had made such an exhibit at the state fair.

In 1934-35, the county agent would visit grade schools regularly for 4-H instruction. This continued until an outbreak of fire blight in pear orchards required the time of the county agent. It was not suggested that boys and girls were less important than trees, but pear trees in Hood River were extremely important to boys and girls and the problem did not permit delay according to Marble.

The war years saw a drop in 4-H enrollment but victory gardens, cooking and canning clubs were very popular. Bill Alexander of Parkdale had one of the top eight victory gardens in the United Sates in 1942.

By the early 1950s, there were 71 adult 4-H leaders working with boys and girls enrolled in 53 4-H clubs. In 1953, the Hood River County Fair Board worked with the Extension Service and the school board to agree to use the new Wy’east High School grounds and buildings for the county fair. A new combination grandstand and livestock barn was built on the athletic field of the school, to be used both by the school and for fair activities.

4-H agent Gordon Cook said in 1965 there were 52 4-H gardens judged that were raised by 4-H Club members; 274 club members participated in county fair and 79 members were selected to go to state fair.

The 4-H program continued to grow and change over the next several years. In 1978, Jim Douglas, 4-H agent, added three new clubs to the program. Skiing, trail bike and woodworking were offered along with the traditional projects. The 4-H Sewing project had 107 members and 103 members were involved with the horse project.

By the 1990s, babysitting clinics were being offered to youth who wanted to learn what was involved with being a babysitter. They learned about child development, what to do in an emergency and basic child care techniques.

4-H Leadership Camp has always been a popular opportunity for youth to improve their Leadership Skills. Audrey and Joanna Farnsworth and Danielle Bondurant were part of the first leadership team from Hood River County to organize Leadership Camp. Before that, it had been planned entirely by the adults. This new responsibility proved very successful for the camp and helped develop new leadership skills for the youth of Hood River County.

Today, 4-H continues to meet the needs and interests of the youth of Hood River County. During the 2021 Hood River County Fair July 21-24, youth will exhibit many of their 4-H projects including photography, baked goods, art and livestock for judging.

Get or renew your Hood River County Community ID before Dec. 31