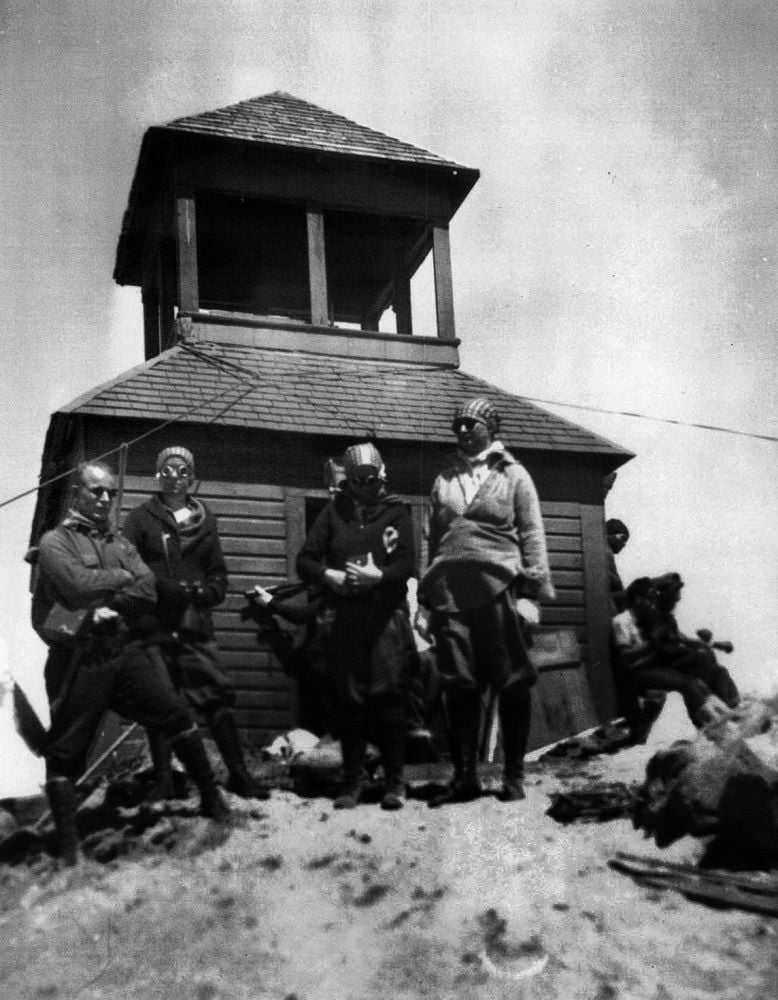 Ziegenbein recognized “The Hut” once located at the top of Mount Hood and submitted another image, at right, bottom, saying, “That’s my Grandfather Fred Dethman around 1925. He and Fred Donnerberg use to climb up there, back in the day.”

Abramovitz didn’t venture a guess as to the photograph, but noted the history mystery and yesteryears features “help me feel more at home, and more interested in, this wonderful Gorge that we all live in.”

Harmn noted that when the hut was built, the lumber had to be hauled up the mountain on climber’s backs, as helicopters had not been invented yet. 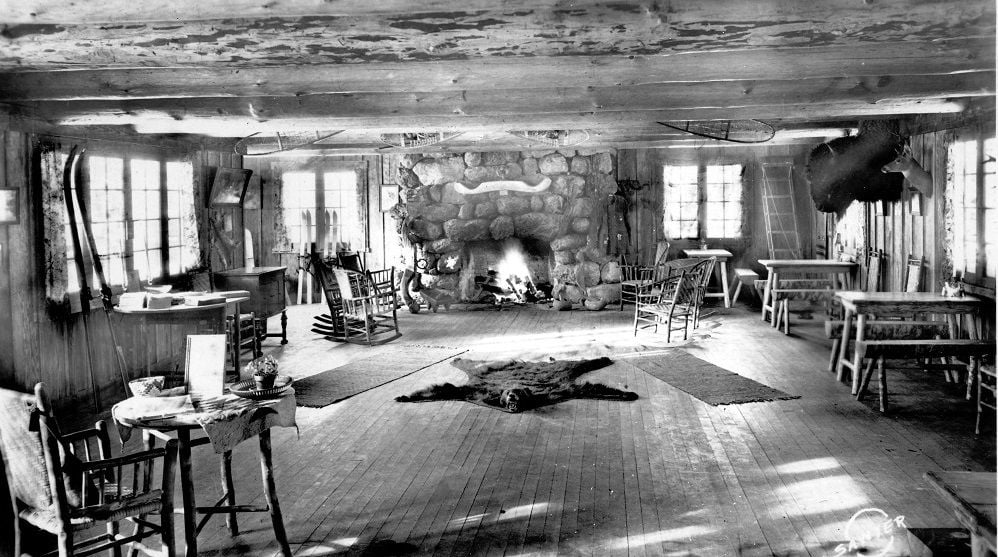 Ziegenbein recognized “The Hut” once located at the top of Mount Hood and submitted another image, at right, bottom, saying, “That’s my Grandfather Fred Dethman around 1925. He and Fred Donnerberg use to climb up there, back in the day.”

Abramovitz didn’t venture a guess as to the photograph, but noted the history mystery and yesteryears features “help me feel more at home, and more interested in, this wonderful Gorge that we all live in.”

Harmn noted that when the hut was built, the lumber had to be hauled up the mountain on climber’s backs, as helicopters had not been invented yet.

Too-high system development charges (SDCs) are hampering growth and interfering with job retention, Port of The Dalles commissioners told the city manager Wednesday. The charges are “seriously flawed,” said Commissioner Bob McFadden, a local real estate agent, who placed a large “Jobs” sign on the bulletin board at The Dalles city hall.

The City of Cascade Locks delivered compact fluorescent light bulbs and the offer of two energy-saving shower heads to electric customers as an Earth Day gift. Bernard Seeger, city manager, said the bulbs were shipped to 549 city light account holders from Wyeth to the east of town and west to Multnomah Falls. He said the gifts were intended to raise awareness about the benefits of conservation. “This is the first year that we’ve done this program and we’ll see how it works,” he said.

The (Dalles) city council ignored its own laws when it vetoed placing an Alzheimer’s facility in Columbia View Heights, an attorney for the facility said today.

Wasco County deputies have finished checking into a turkey hunting incident which left a Troutdale man injured near Wamic Saturday morning, and will forward their report to the district attorney. They also said that charges could result from the report. The victim, 40, was hunting with a party of five others when the incident occurred at about 6:30 a.m., following the discharge of a shotgun.

Oregon’s cumbersome land-use process has put the state in a straight-jacket, making the process the most important political issue facing the state, a president of Oregonians in Action said during a visit to The Dalles last week. With a budget of $250,000 per year, a full-time staff of six and membership of nearly 1,500 people, OIA is one of the state’s largest organizations dedicated to political advocacy.

A new financing plan for proposed improvements in The Dalles water system hit the table Monday night and City Manager Del Cesar noted that at first blush it had advantages over revenue bonds.

VANCOUVER, Wash. (UPI) — The director of the U.S. Geological Survey said he will keep scientists at Mount St. Helens — rocked by a new wave of seismic activity — as long as volcanic activity continues.

The new Boy Scout executive for the Mid-Columbia District responsible for troops in four counties on both sides of the Columbia River is Donovan (Don) Reeve, who said his move to The Dalles is “a return to Oregon” to which he has long been look forward.

A summary of airport use here during 1959 by personal, company-owned and charter aircraft proves the extent “private plane” air transportation is being used through The Dalles Municipal Airport, said Airport Manager Larry Moore. Average passenger boarding was 45 passengers per month, and at least 1,500 aircraft movements.

Hood River County unit school board members voted unanimously last Wednesday to ask the county reorganization committee for a new school board of seven members; a new district voting pattern to elect the increased number, and timing of the move so that the district can make the change official by July 1, 1961. This was the substance of a major policy move by the board. Their decision to elect a seven-man board, they said, was made to guarantee more local representation on the board.

Hood River county school board has authorized the building of a combination gymnasium and auditorium for Pine Grove school grounds. The preliminary plans have been approved by the county school board and the final blueprint plans are now being completed by Annand, Kennedy and Boone, architects, of Portland. The building is to have outside dimensions of 100 by 55 feet. It is to have an adequate stage for presentation of musical and dramatic productions. The playing floor will be standard size for junior high school basketball and will be laid from a good grade of hard maple.

Extension of the European war to Scandinavia on Monday is being closely studied by local apple shippers in an effort to learn what may be expected to happen to shipments of Newton apples already on the Atlantic and on their way to Scandinavian ports, and what will be the effect on expected future orders from Norway and Sweden. At the time of this writing, Sweden was making desperate efforts to remain neutral and keep out of the new phase of the war and if this nation is finally successful, it is expected that it will be in a position to buy and pay for apples while they are yet still available.

During the past two weeks, with the increase in motorized traffic on the highway, a number of local businessmen have been discussing what they sense as the eventual diversion of at least a part of the through traffic to State Street and this, they declare sooner or later will be inevitable simply because Oak Street will not be able to carry the burden.

Unofficially, the new section of the Columbia Highway between this city and Mosier will open Saturday and Sunday. This means that anyone, autoist (sic) or pedestrian, can now make the trip over the new highway at his own risk. But Engineer Roberts, in charge of the work, assures The News that there is no risk and that the new highway, outside of being a little rough, will repay all who make the trip. Last Sunday, six cars made the full trip between Mosier and Hood River, and owners asserted that the road was in fair shape despite the rains, and far easier going, all things considered, than the old road.

A handsome little booklet being distributed this week by the Butler Banking Company in commemoration of the 10th anniversary of its business career contains some interesting figures, not only of the bank’s growth, but of the growth of monetary wealth at Hood River. Deposits in the Butler Bank have grown from $36,530.57 April 4, 1901, to $570,452.43 April 4, 1910.

Notice is hearby given that the following named settler has filed notice of his intention to make final proof in support of his claim, and that said proof will be made before W. B. Presby, United States Commissioner for the District of Washington, at his office in Goldenale, Wash.