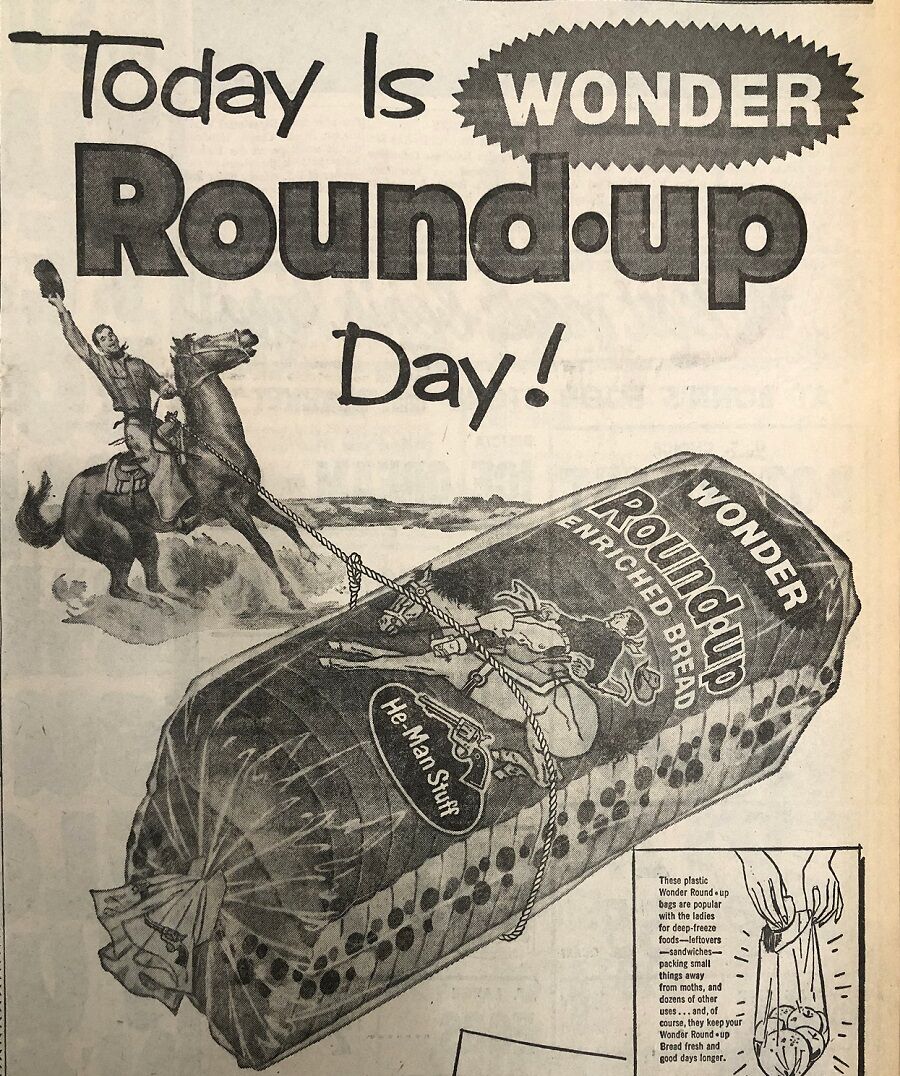 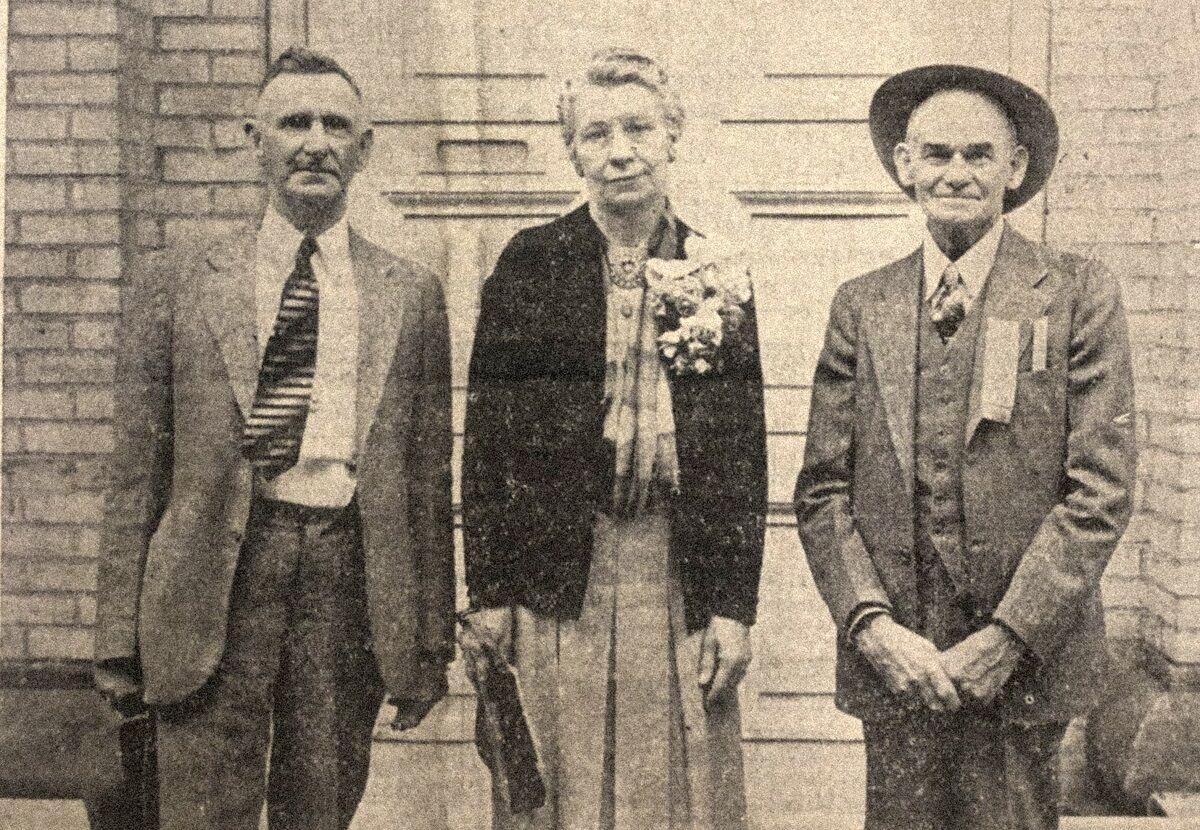 On the right is Rufus W. McCorkle of Maupin, who Saturday was elected president of the Old Wasco County Pioneers association, for 1941-42 at the 20th reunion here. With him are Mrs. Roy Taylor of The Dalles, first vice-president, and H. E. Driver, also of The Dalles, retiring second vice president. (Elite Studio - Chronicle Photo-Engraving) 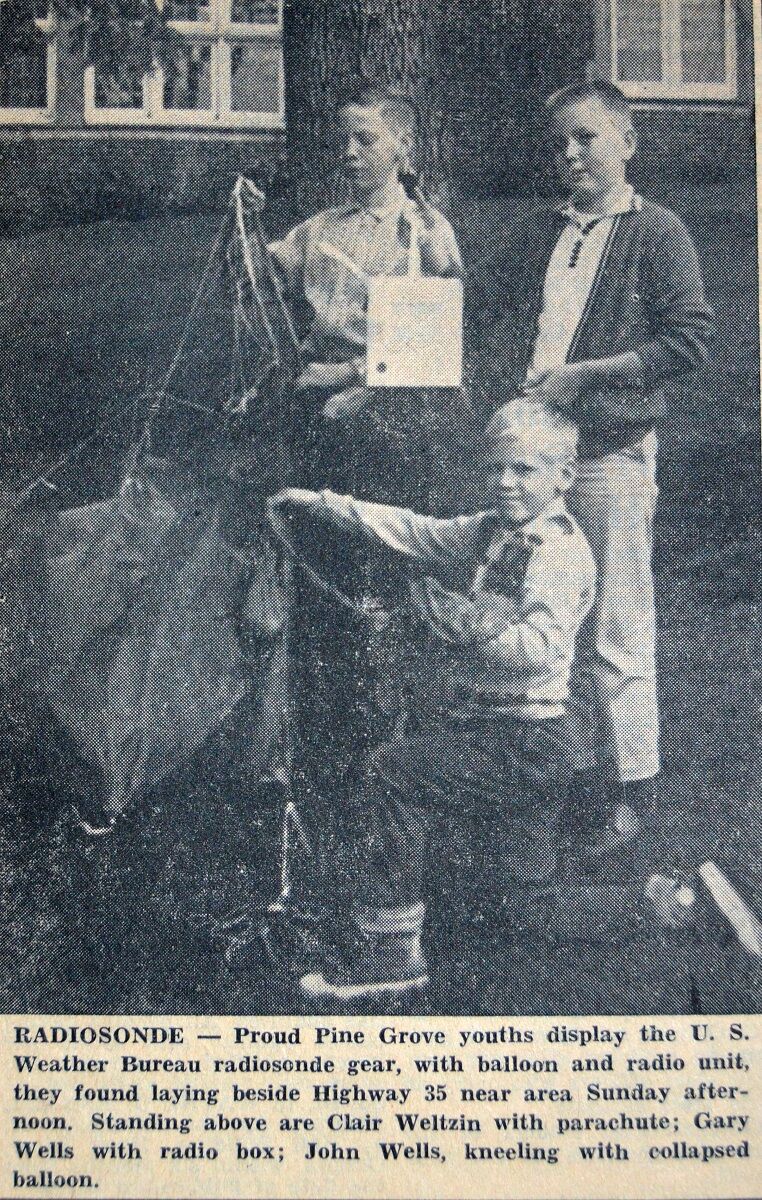 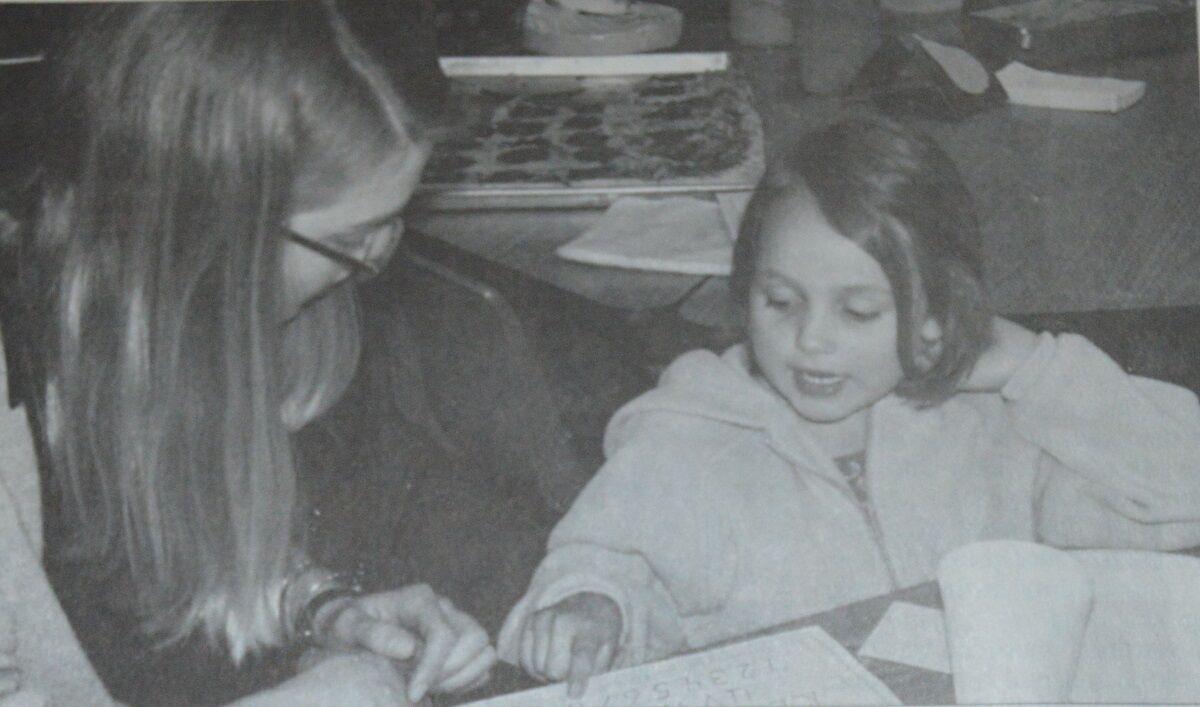 SCHOOL STARTER — Emily Scobee, a kindergartner in 2001-2002, spells her name for Pine Grove teacher Catherine Dalbey Monday in the Kindergarten Round-up at the elementary school. Emily was one of 16 students who have so far signed up for kindergarten next year. Photo by Kirby Neumann-Rea.

Early next week, the road signs for this county will arrive and Roadmaster Nichols will undertake the work of putting them into position. The signs are of rustless iron, heavily enameled and will prove a boon to all visitors to this valley. Plans are now going forward for two big signboards to be placed east and west of the city with the object of persuading the tourist that there is something worth seeing in the valley beyond the Heights. — Hood River News

Plans for the new municipal auditorium, bonds for the construction of which were voted May 12, 1920, will be drawn by Houghtaling and Dougan, Portland architects, it was decided yesterday afternoon. Out of the $125,000 bond issue voted, $114,000 will be expended in the construction of the building, the other $11,000 having been used for the purchase of a site at Third and Federal streets. — The Dalles Daily Chronicle

Exceptionally good progress was made by workers of the Ziebarth Construction company and several Pacific Power and Light and Oregon-Washington Telephone company employees last Saturday as they swung into action and succeeded in placing all the reflectors in place on the six light poles which will illuminate the new Hood River Recreational Area field immediately south of the high school, enabling night softball to become a reality. — Hood River News

Returning to The Dalles last night were six members of the Columbia Heights school hiking club, accompanied by Robert Johnson and Irving Elle, who spent the week-end on an overnight hike to Wahtum lake near Lost lake. — The Dalles Daily Chronicle

Both Hood River County school districts got solid approval for 1961-62 school budgets that ran well beyond the 6 percent annual limitation, according to the voting held here Monday, May 1. In addition, County Unit district voters elected a full slate of members to 10 district local committees in the annual balloting. — Hood River News

A proposal for an increase in water use rates was forwarded to the Hood River City Council Tuesday, after the council’s water and parks committee decided to approve a plan drawn by City Manager Bruce Erickson. The rate increase plan was drawn by Erickson in an effort to provide necessary revenues to balance the water department budget for the fiscal year beginning June 1.

The water use rate hike would likely supply enough revenues to erase a present deficit in the proposed 1981-82 budget. The rate increase would generate approximately $9,000 for the budget year 1981-82. — Hood River News

The Dalles City Council has told Cox Cablevision to make up its own mind whether to add two new channels and increase rates 75 cents a month to cover the cost. — The Dalles Daily Chronicle

The White Salmon Valley School Board gave approval for seniors making a written request to have the last five days of school, June 1 through 5, off since graduation is scheduled for May 31. The board also gave a tentative OK for a senior activity day in lieu of any class skip day. — White Salmon Enterprise

The Hood River County Historical Museum hosts its grand opening celebration this weekend. Special guest speaker will be Bill Pattison, a longtime museum supporter and past board member. The museum has undergone a face-lift during the past year, with a 1,800-square foot addition and extensive landscaping. — Hood River News

Inch by inch, negotiations are narrowing the impasse between members of the Oregon School Employees Association, Chapter 40 — a union which represents all classified employees working four hours or more per day — and The Dalles School District. They have been without a contract since September 2000. — The Dalles Chronicle

The City of Bingen is seeking input on a proposal to reroute Dry Creek. The project is designed to reduce the possible damage caused by flooding along Dry Creek and address safety and aesthetics. — White Salmon Enterprise

One of the heaviest explosions in years rocked Mosier and the Hood River Valley at about 10 o’clock last Saturday night, when the powder magazine belonging to the A.D. Kern Co., and located near the town of Mosier, blew up.

The explosion was felt for many miles and some of the more timid believed that Mount Hood had erupted. While no damage was done in this valley, few buildings in Mosier entirely escaped damage from the blast, although damage was confined chiefly to smashed windows and broken door jambs.

In the vicinity of the powder house, a considerable change in the landscape was noticed, but as far as has been ascertained, nobody was injured.

It is believed that the blast was fired with a time fuse by someone who had a grudge against the company, although there is no direct evidence of this.

On the previous day, Portland residents had seen curious shaped clouds over Mount Hood and imagined that the mountain was smoking. The reports of the explosion confirmed their views and messages were sent to Hood River asking if anybody had been hurt. — Hood River News, May 6, 1921

A drop of 65 percent during an early test run at the well had troubled those conducting the recharge.

Thursday’s performance served to restore some of the faith those who are looking for new ways of rebuilding fast depleting natural water supplies have in artificial recharge.

The recharge was carried out through a 25-day period during which water level at the city hall well rose seven feet.

Those connected with the recharge caution against assumptions that artificial recharge has accounted for the rising levels, since winter months this year have been unusually warm and wet. — May 5, 1961, The Dalles Daily Chronicle

Plenty of help was provided State Police Sergeant Frank Grimm early Sunday morning when a man, 31, was apprehended near here and subsequently committed to jail on charge of larceny.

The unique capture had its origin about 2:15 a.m. when the sergeant was aroused from slumber to answer a phone call which came from a roadside restaurant at Stiles-on-the-Deschutes.

The voice at the other end of the line told of a crazy man who was lurking around the building and asked the help of authorities. Grimm replied that the state police car was not on the road at the time but instructed his source of information to hold the alleged lunatic until he could arrive at the scene.

Not long after, Grimm pulled up in front of the restaurant to find that he had been taken at his word — and then some. The object of his apprehension — a hulk of a man weighing approximately 220 pounds — was lying on the floor, his body tightly bound by ropes. Standing nearby were several husky truck drivers complacently surveying the results of their labors. Investigation proved, Grimm reported, that the truck drivers had tied into the big fellow and after a struggle had floored him and bound him pursuant to the officer’s instructions. — May 5, 1941, The Dalles Daily Chronicle

Germany Must Be Disarmed

The show goes on for TDHS drama department